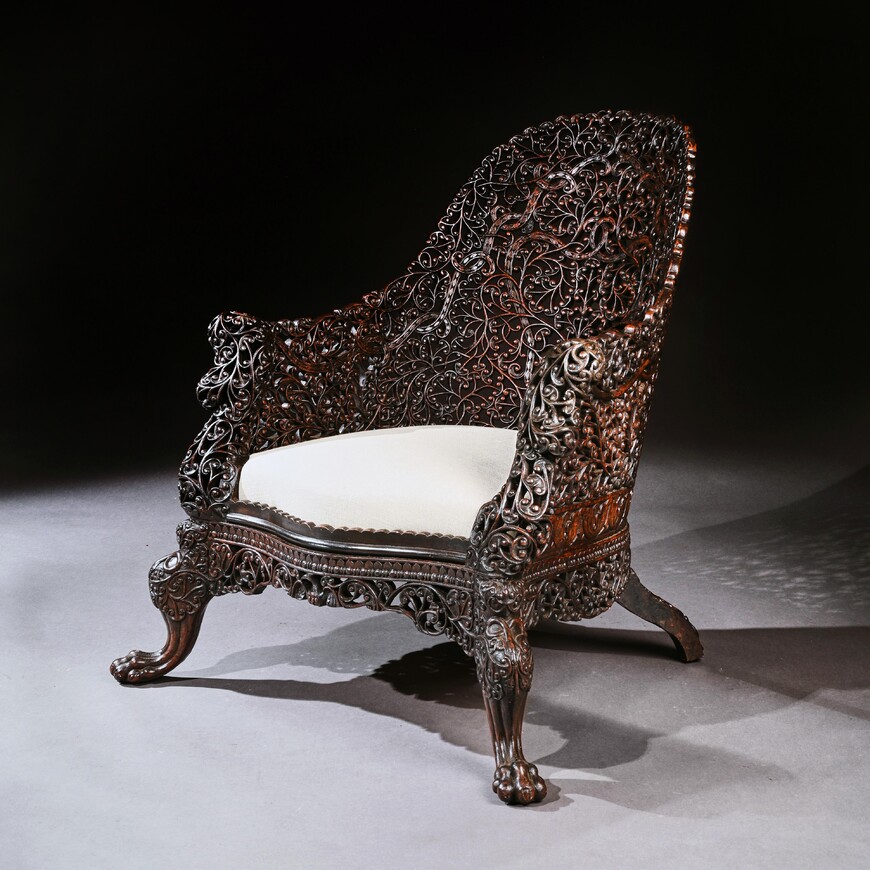 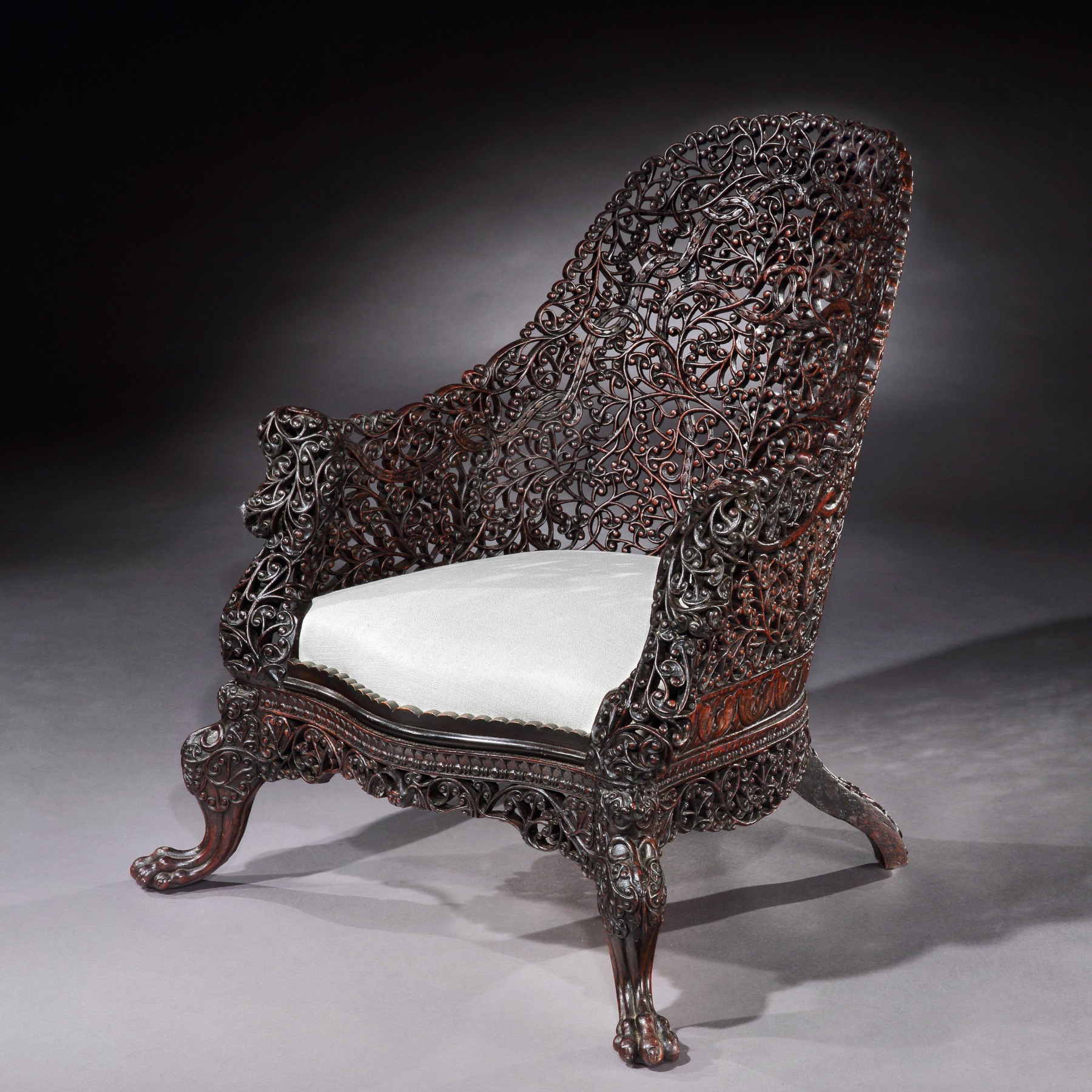 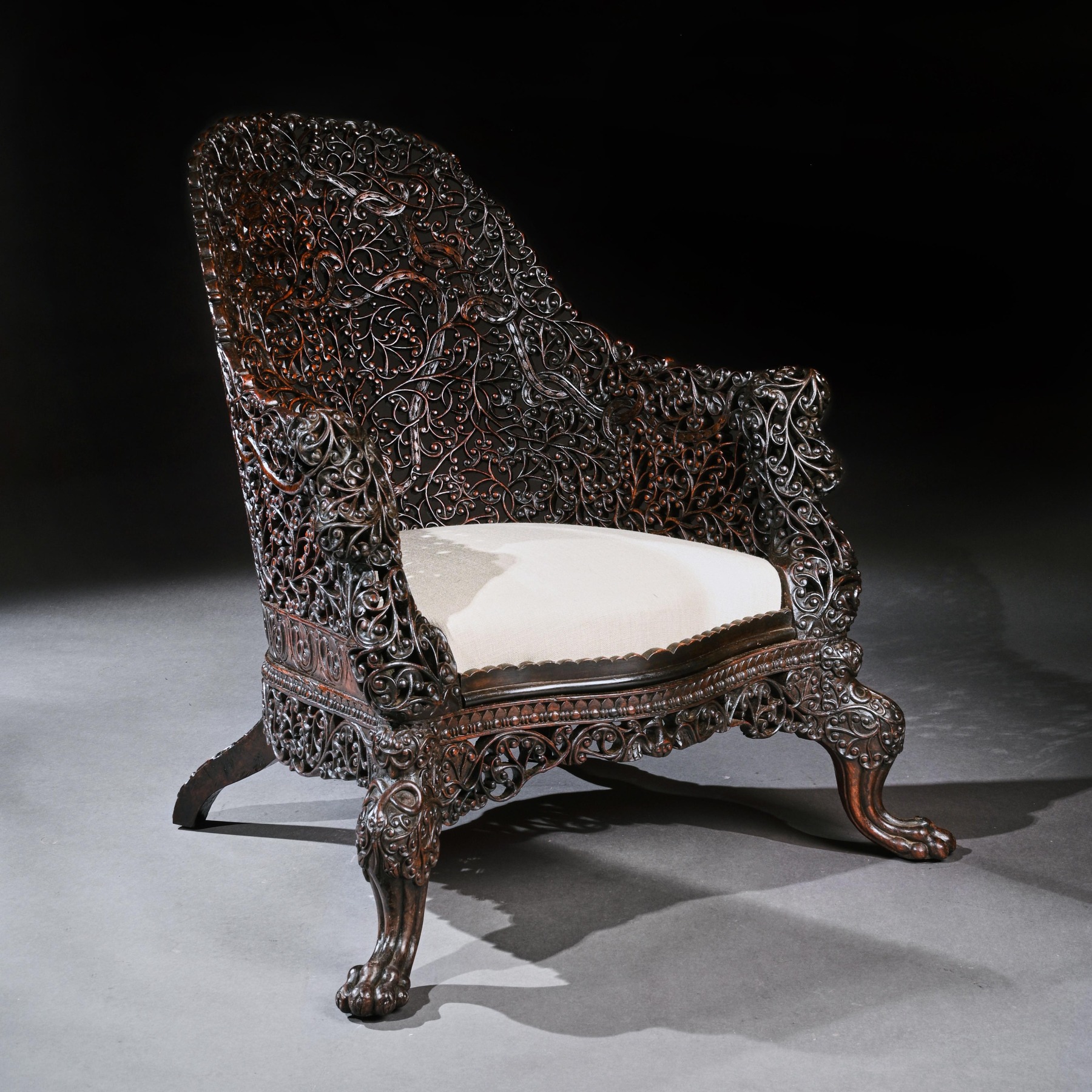 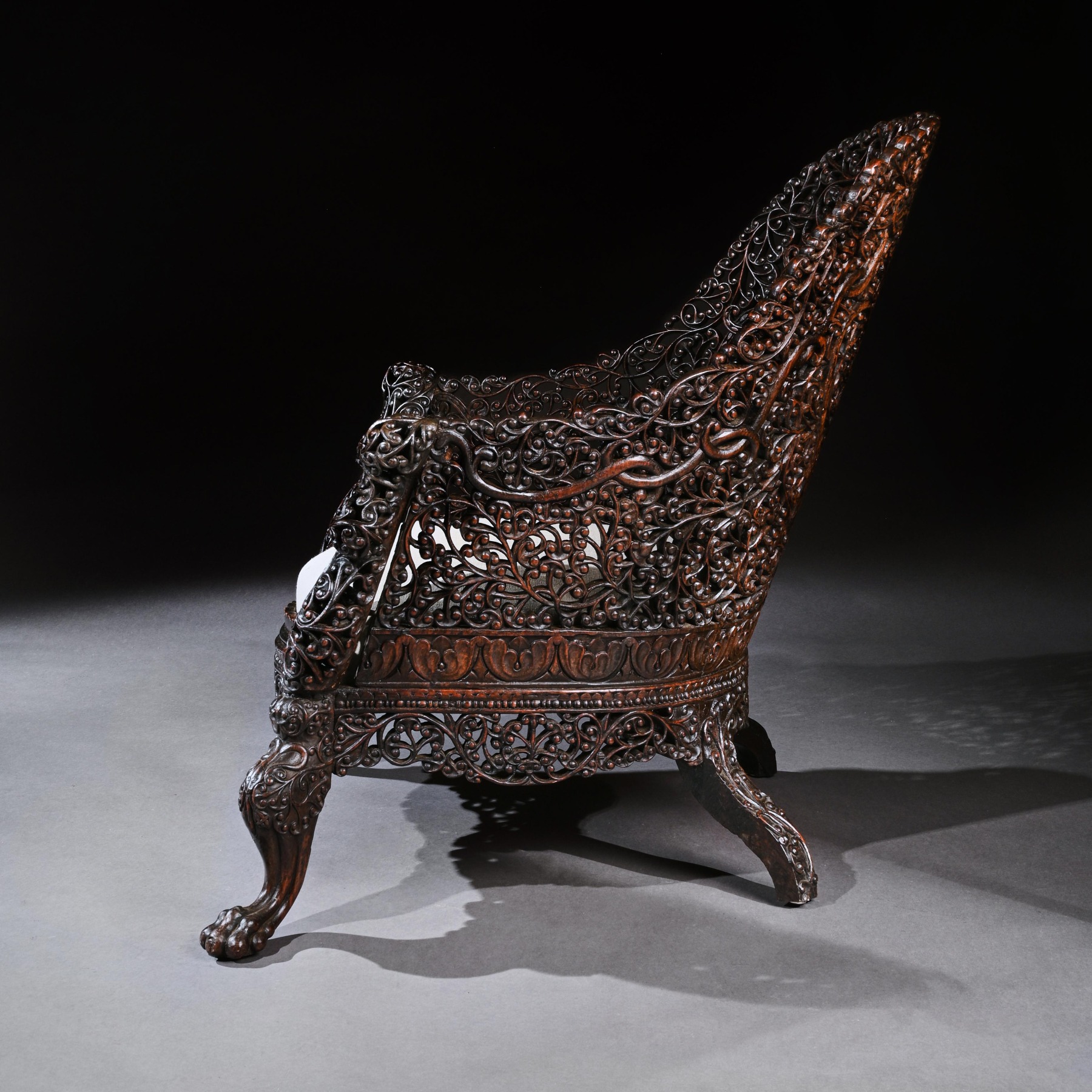 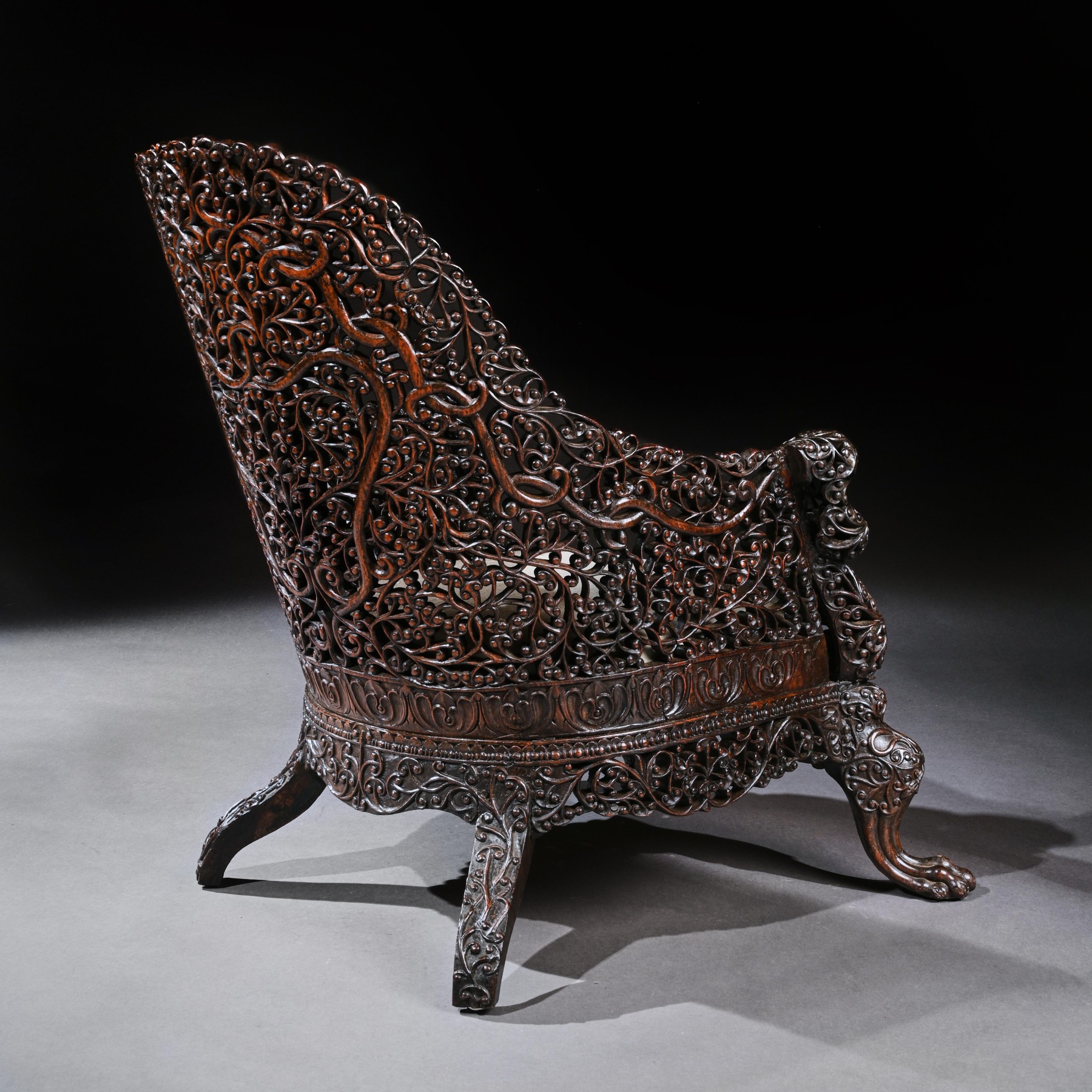 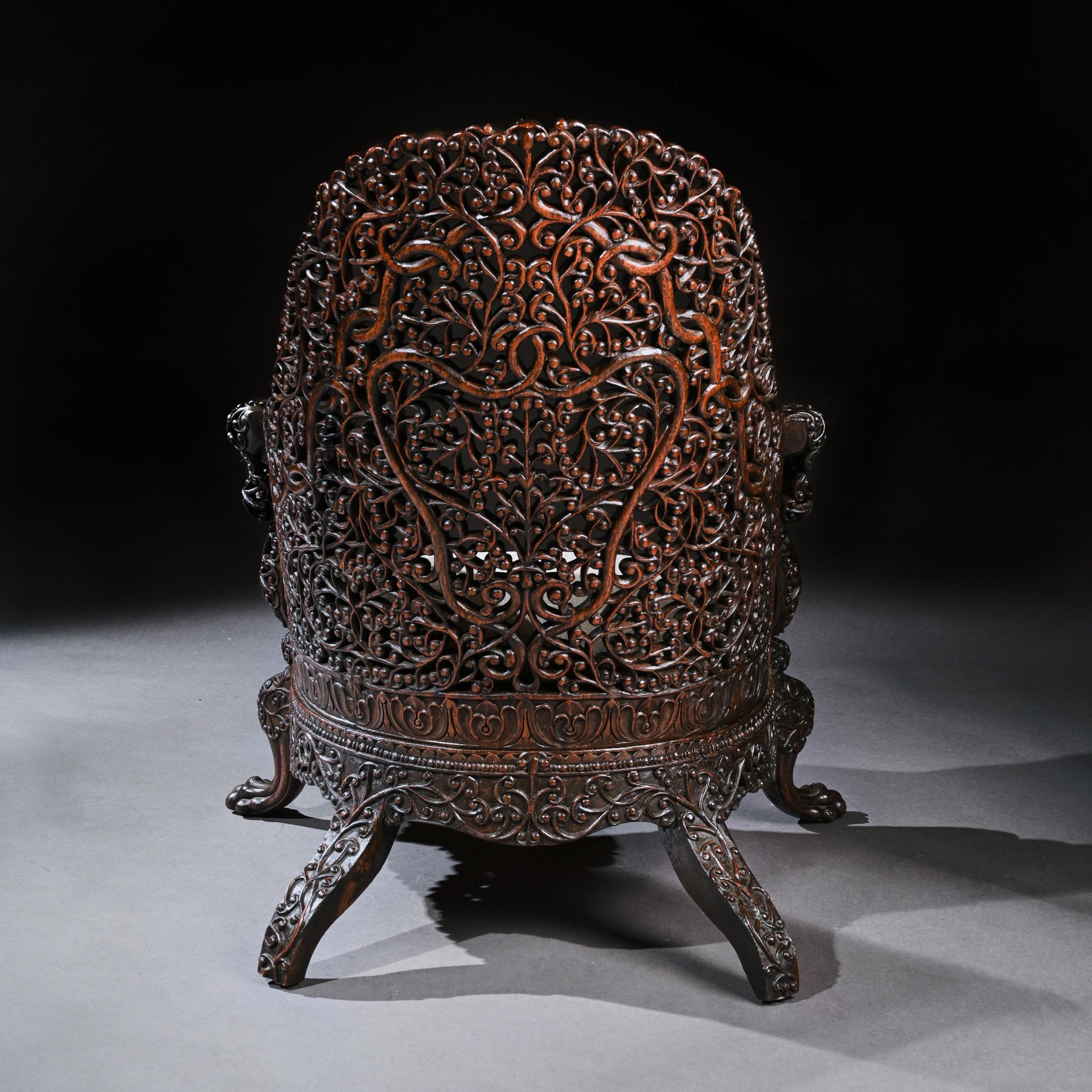 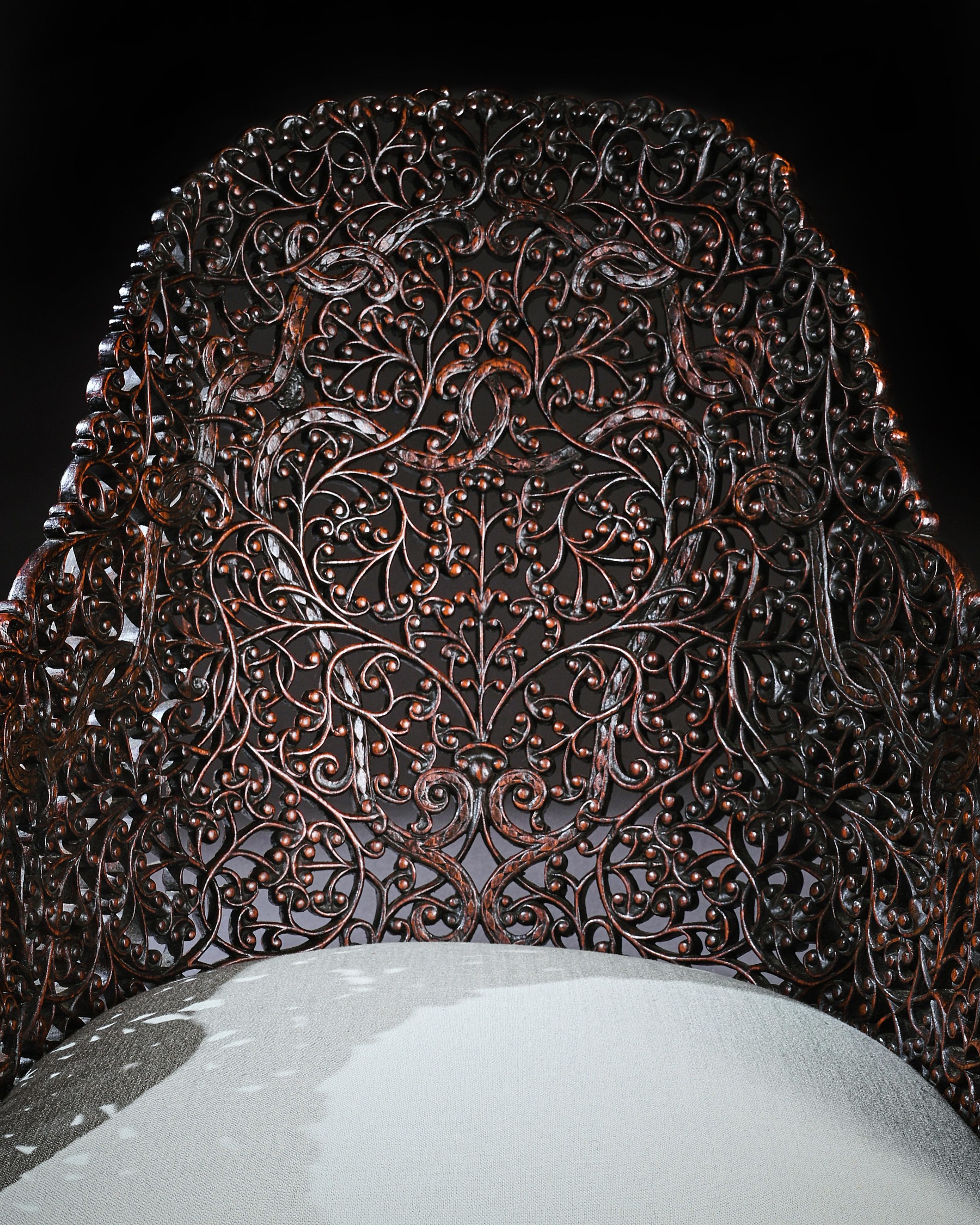 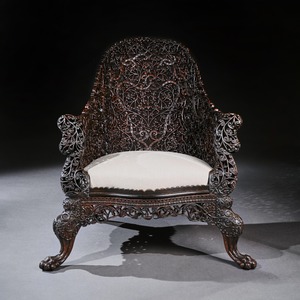 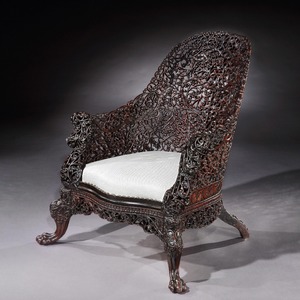 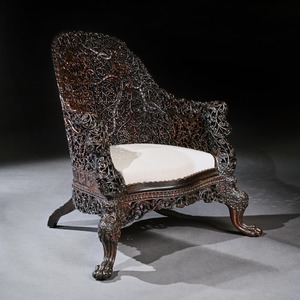 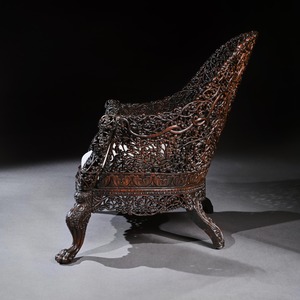 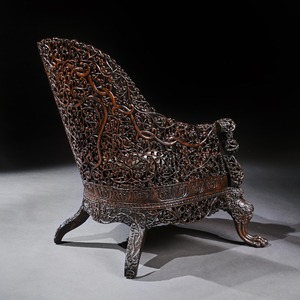 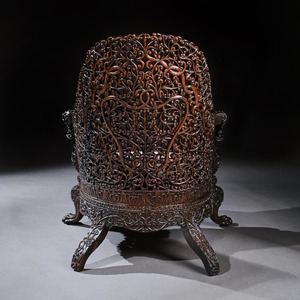 Extremely well drawn, this design is rarely seen following closely in the footsteps of the English Regency period with its elegant shape and extended paw foot.

Constructed from teak having an elaborately finely pierced and carved shaped back and arms over a drop in sprung squab seat, newly upholstered in a grey linen, raised on extended paw feet and shaped legs to the rear.

A wonderfully decorative armchair which is also very comfortable having the deeply sprung seat and shaped back. In excellent condition having a lovely original waxed patina.

This is one of the finest examples we have seen of its type, worthy of any good collection.

The design and style of carving is typical of that from the Bombay area of India in the 19th Century where highly carved furniture was sought after as ownership showed a sign of wealth. Known as Bombay Blackwood, due to the dark hues of the Rosewood and Malabar teak used to produce the furniture.

We can not find a comparable design to this armchair in our research therefore it is likely this was commissioned for noble / wealthy westerner in Bombay during the early to mid 19th Century.

Very British in design, showing its age as being earlier than most as gradually over the course of the 19th Century the Indian craftsman were allowed to start adding their own take on the design of the furniture. This lead to carvings being added such as elephants and peacocks which where then exported to England and the USA. Bombay Blackwood furniture was displayed at The Great Exhibition in 1851, and after the Industrial Revolution these objects where very much of desire being hand crafted.