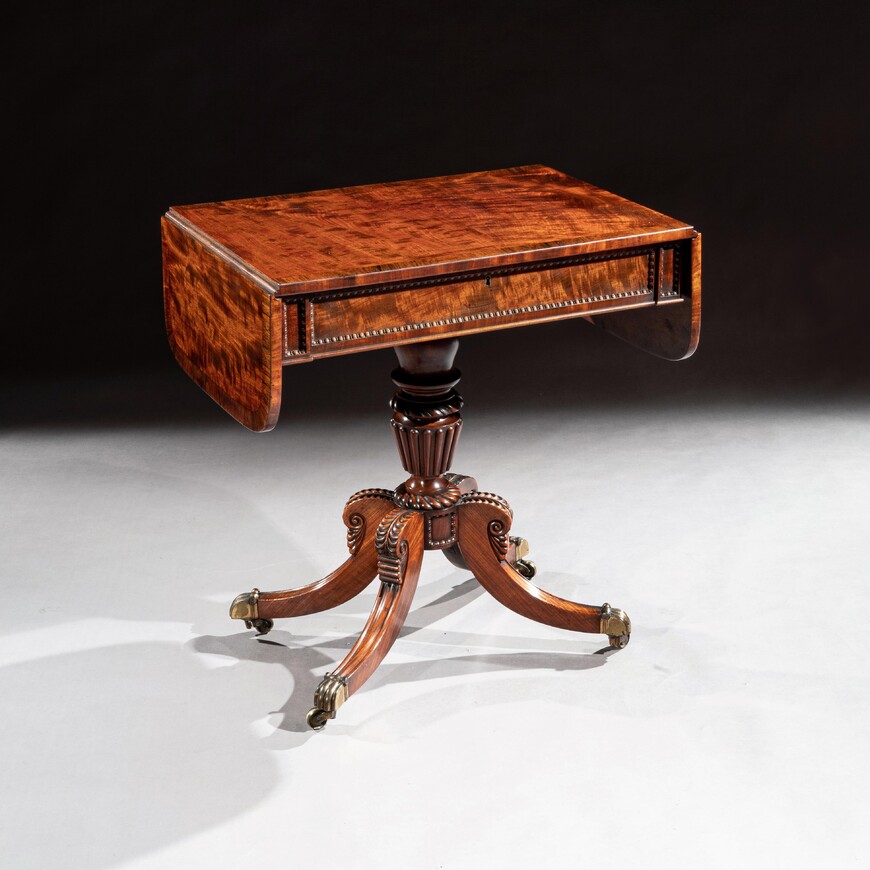 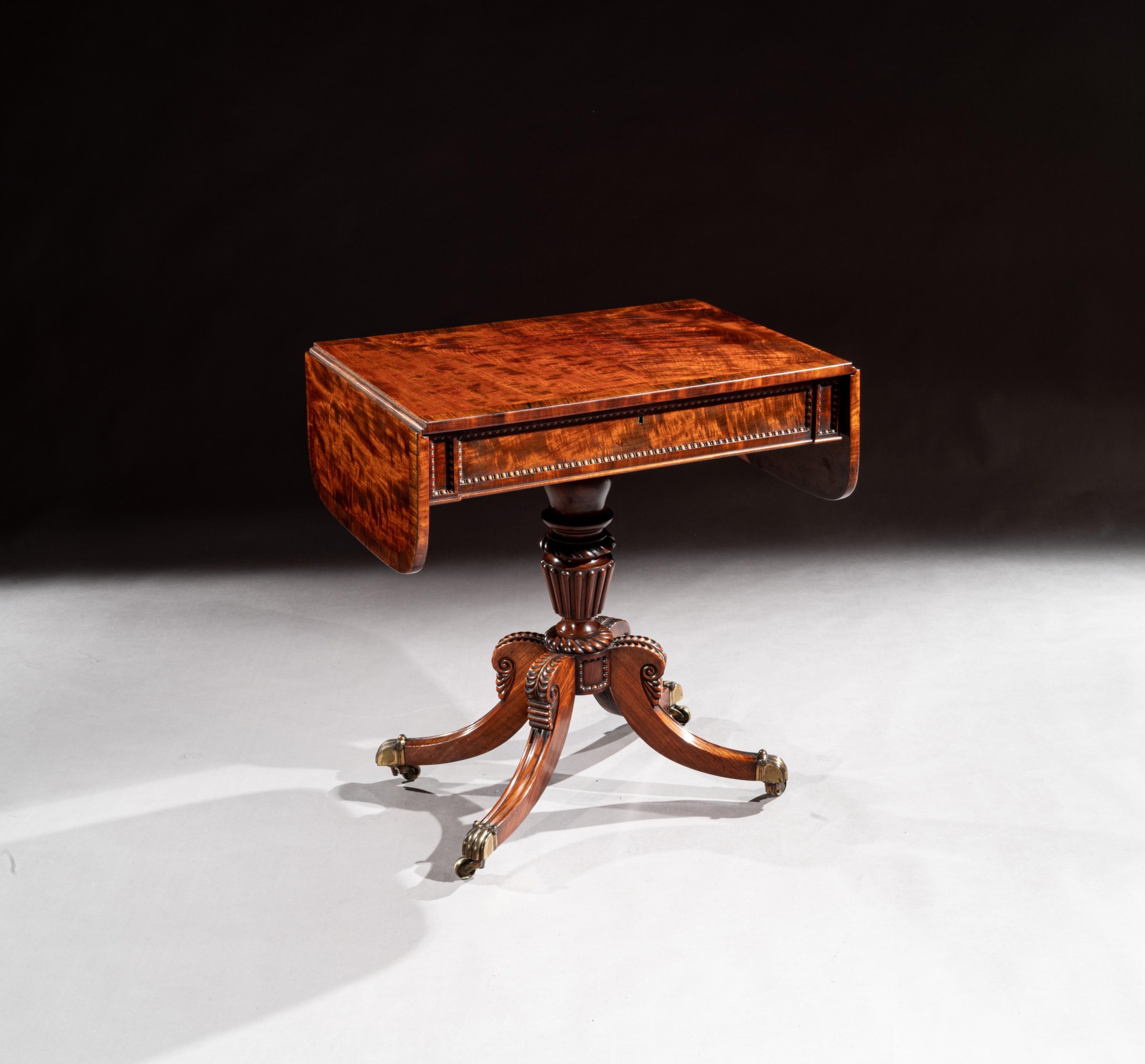 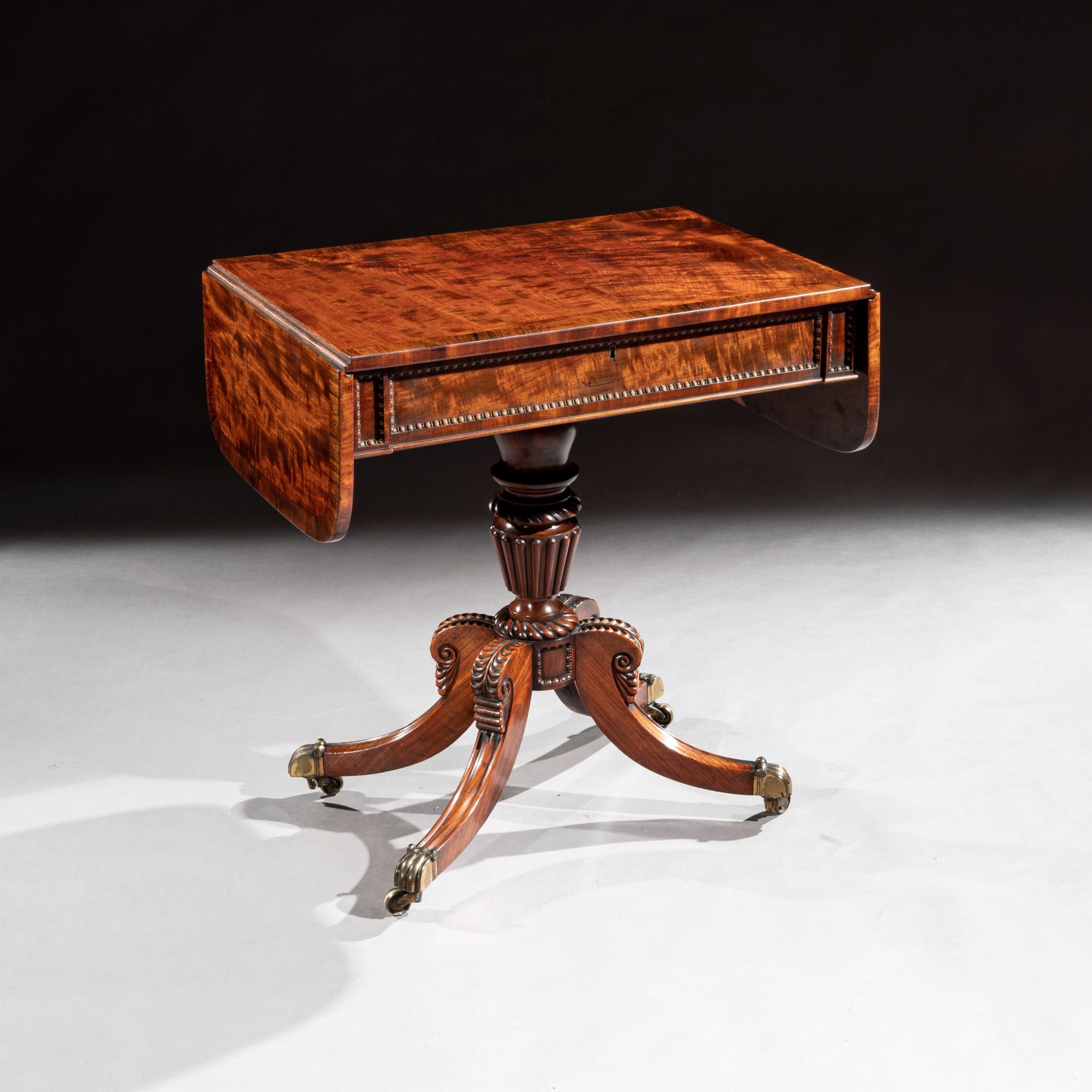 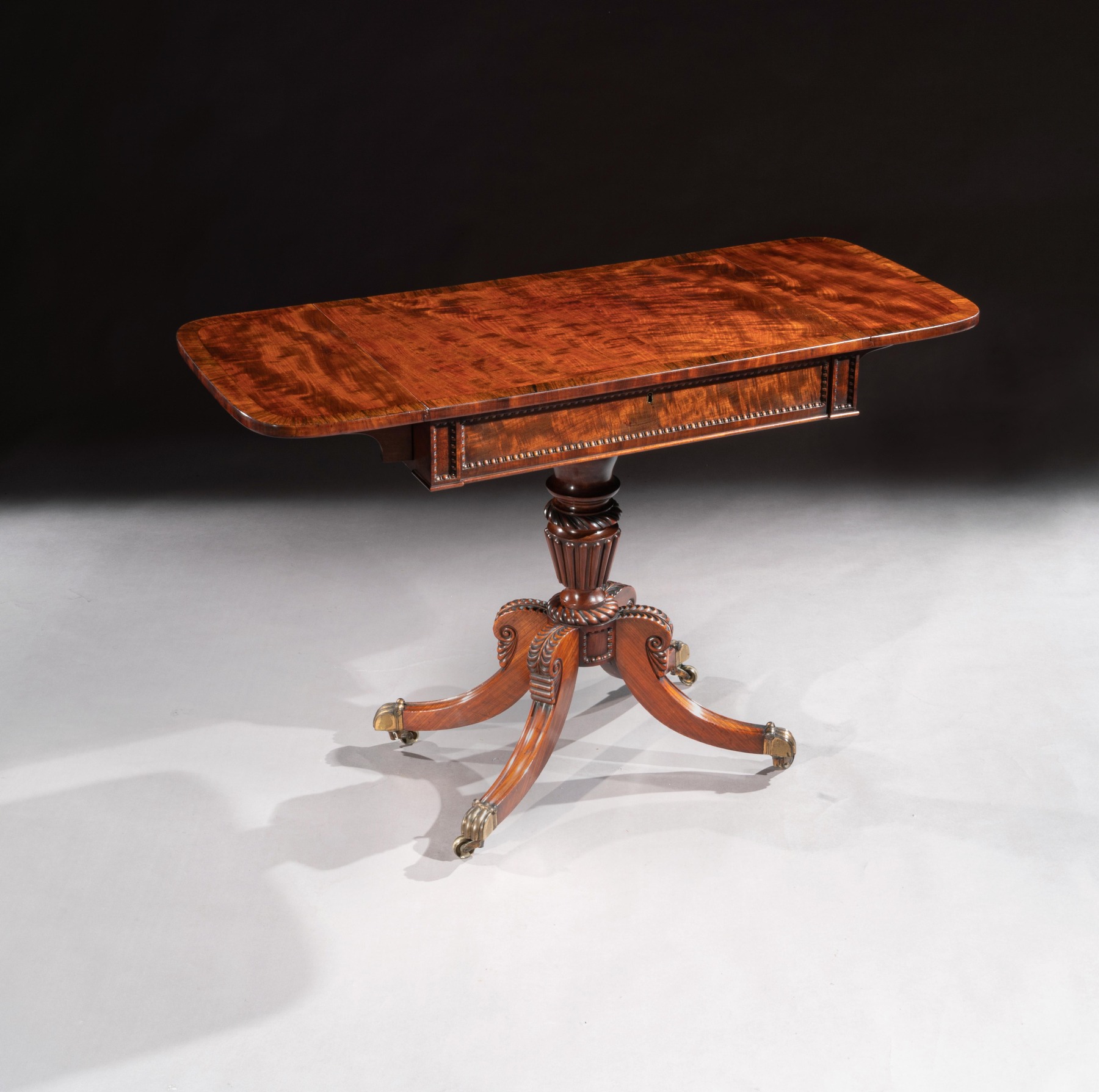 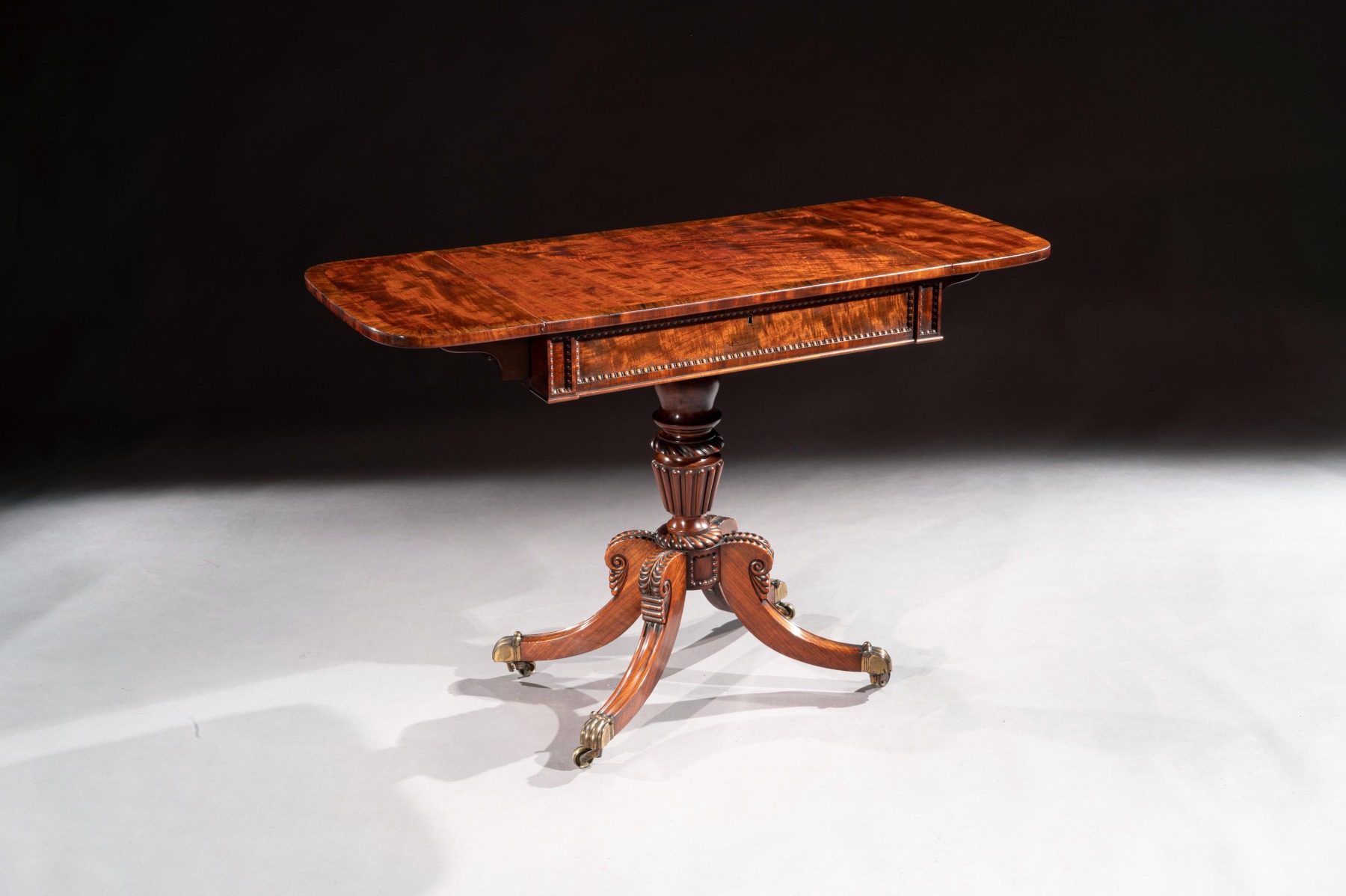 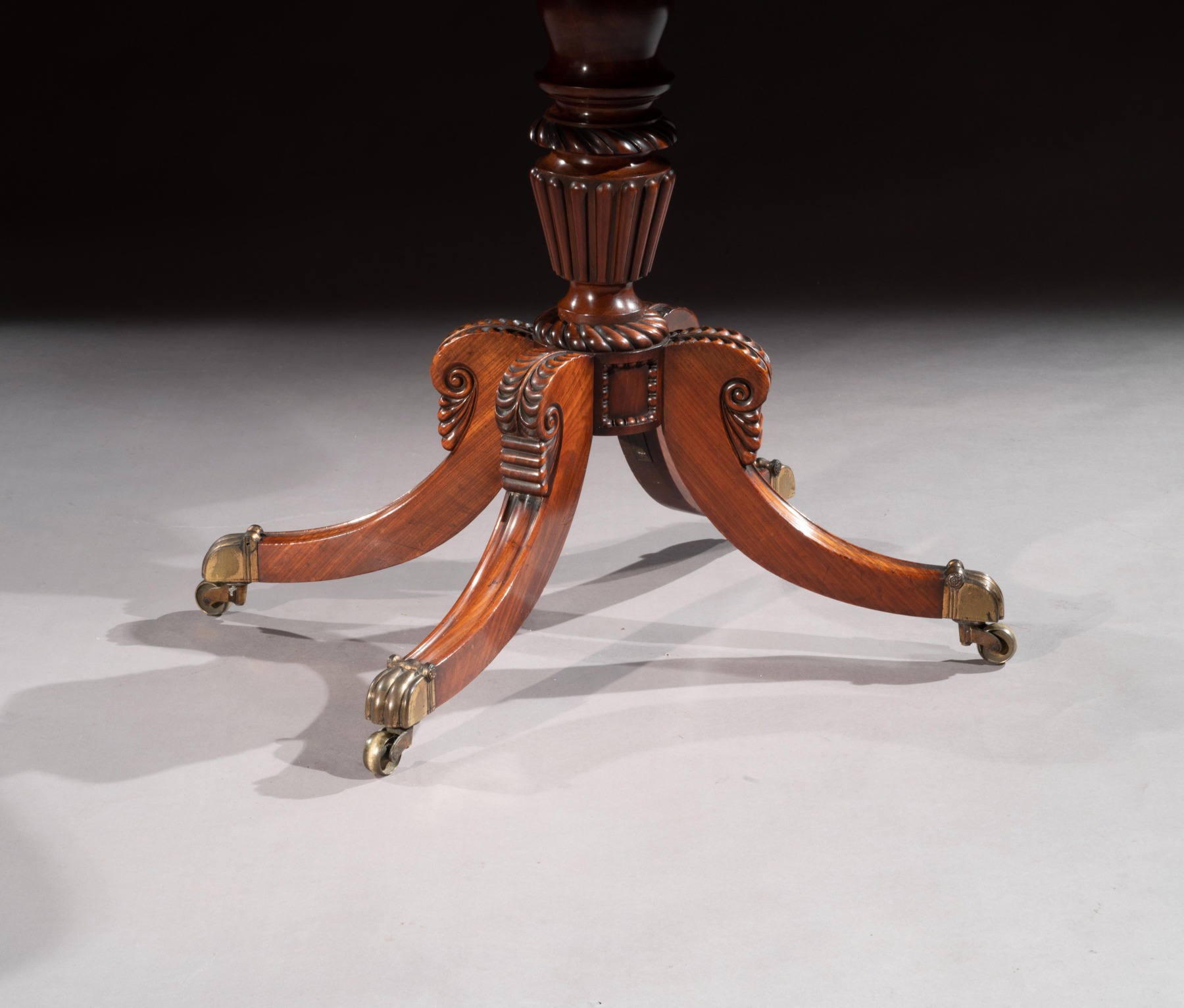 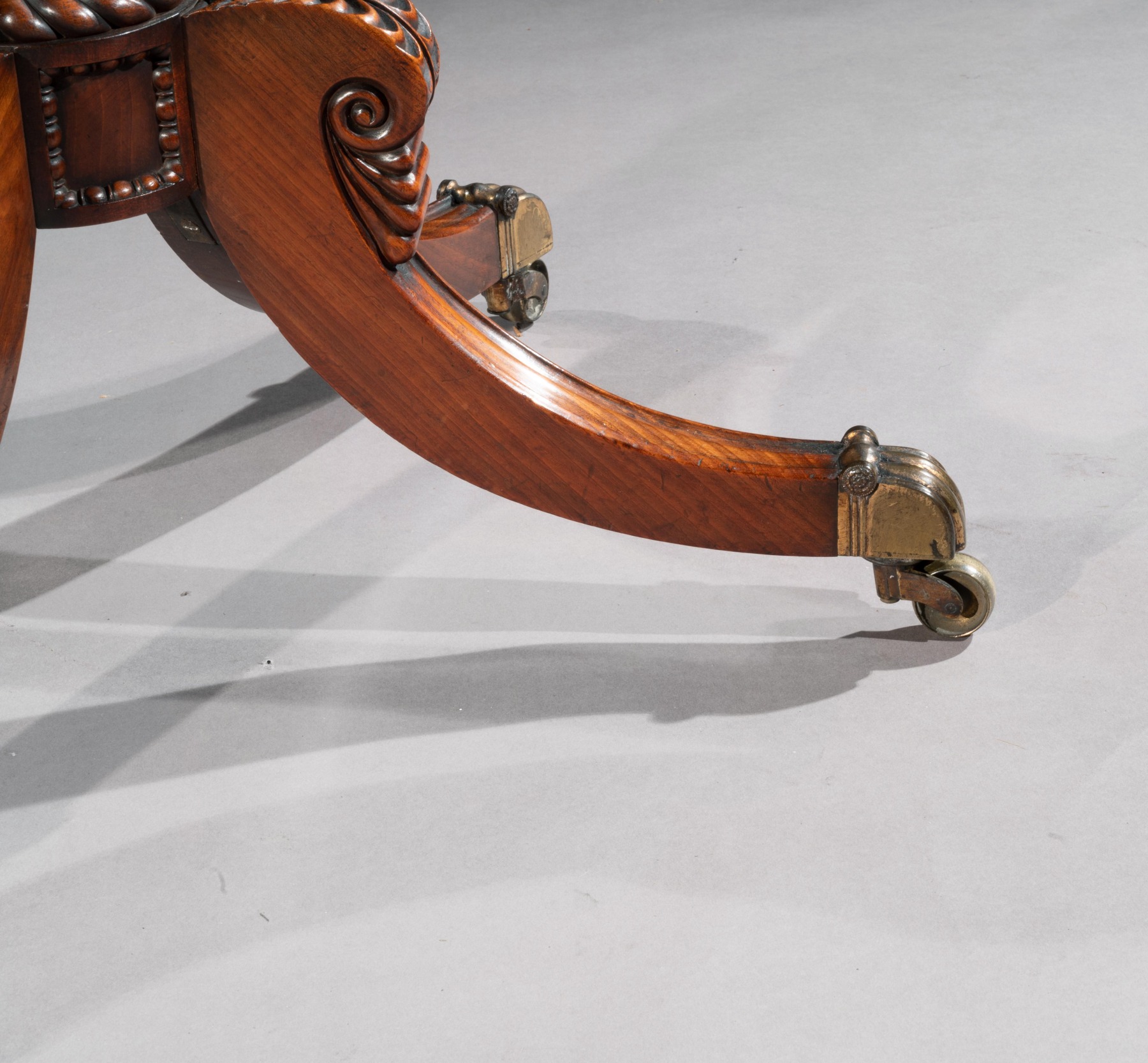 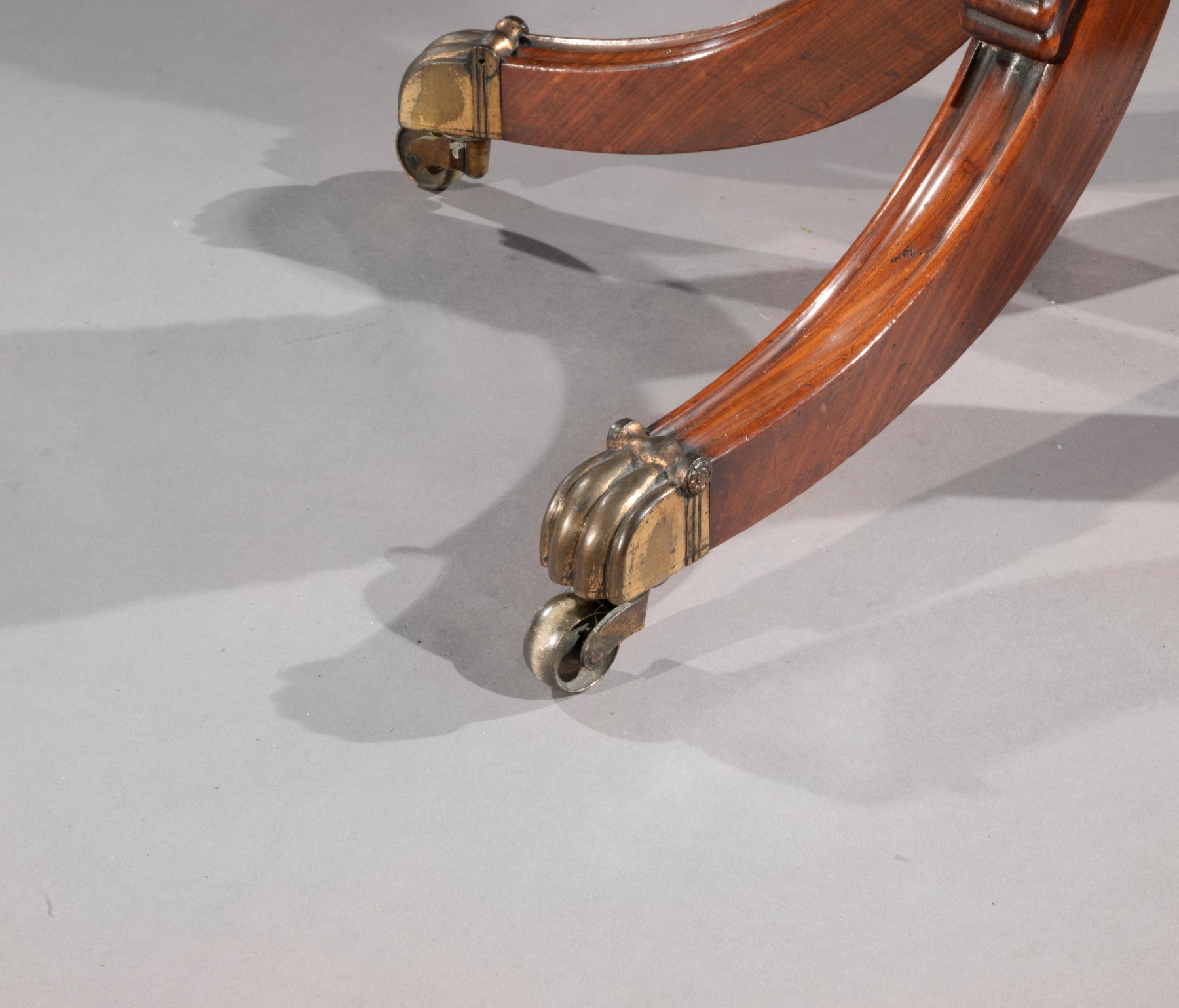 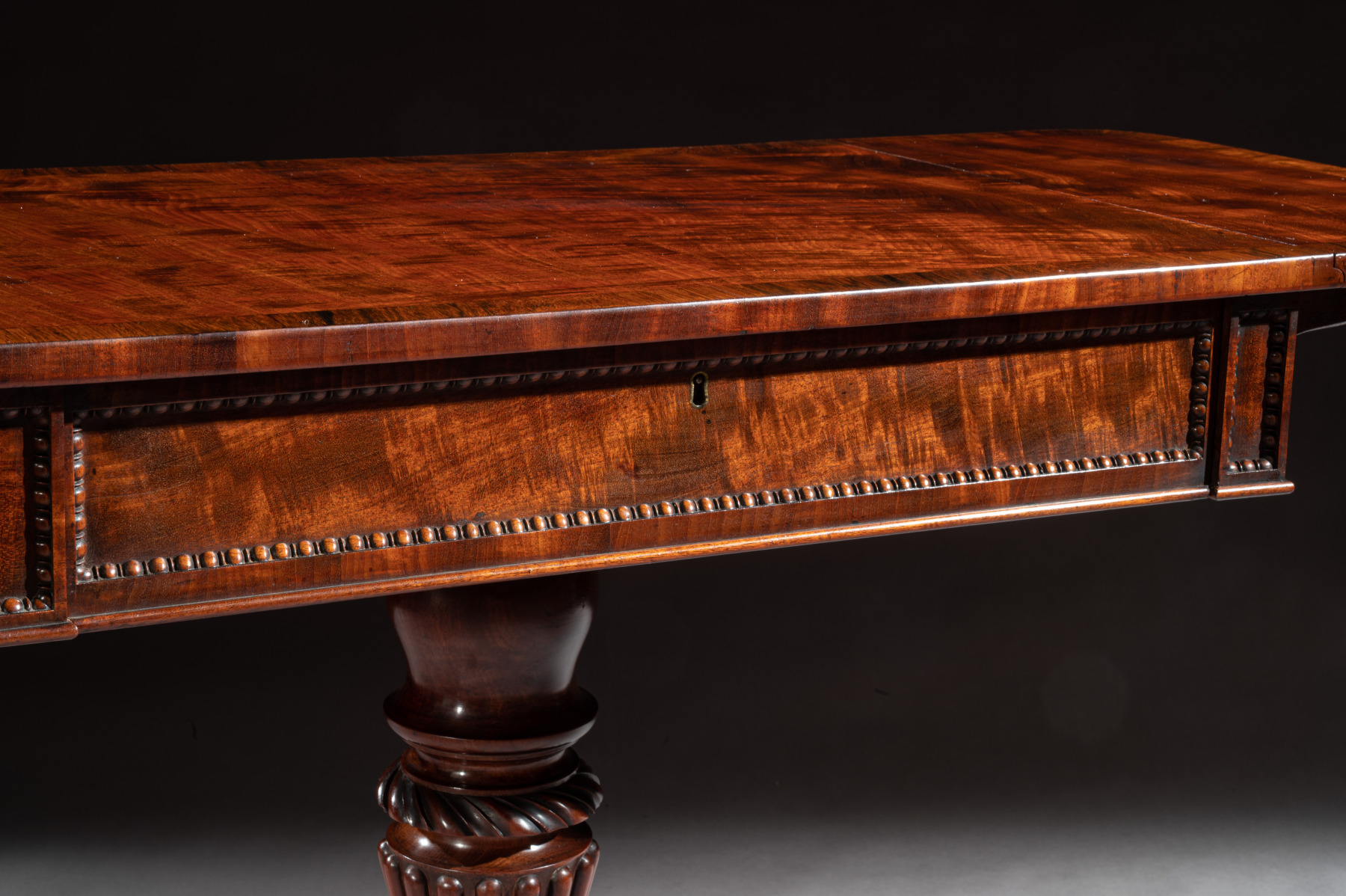 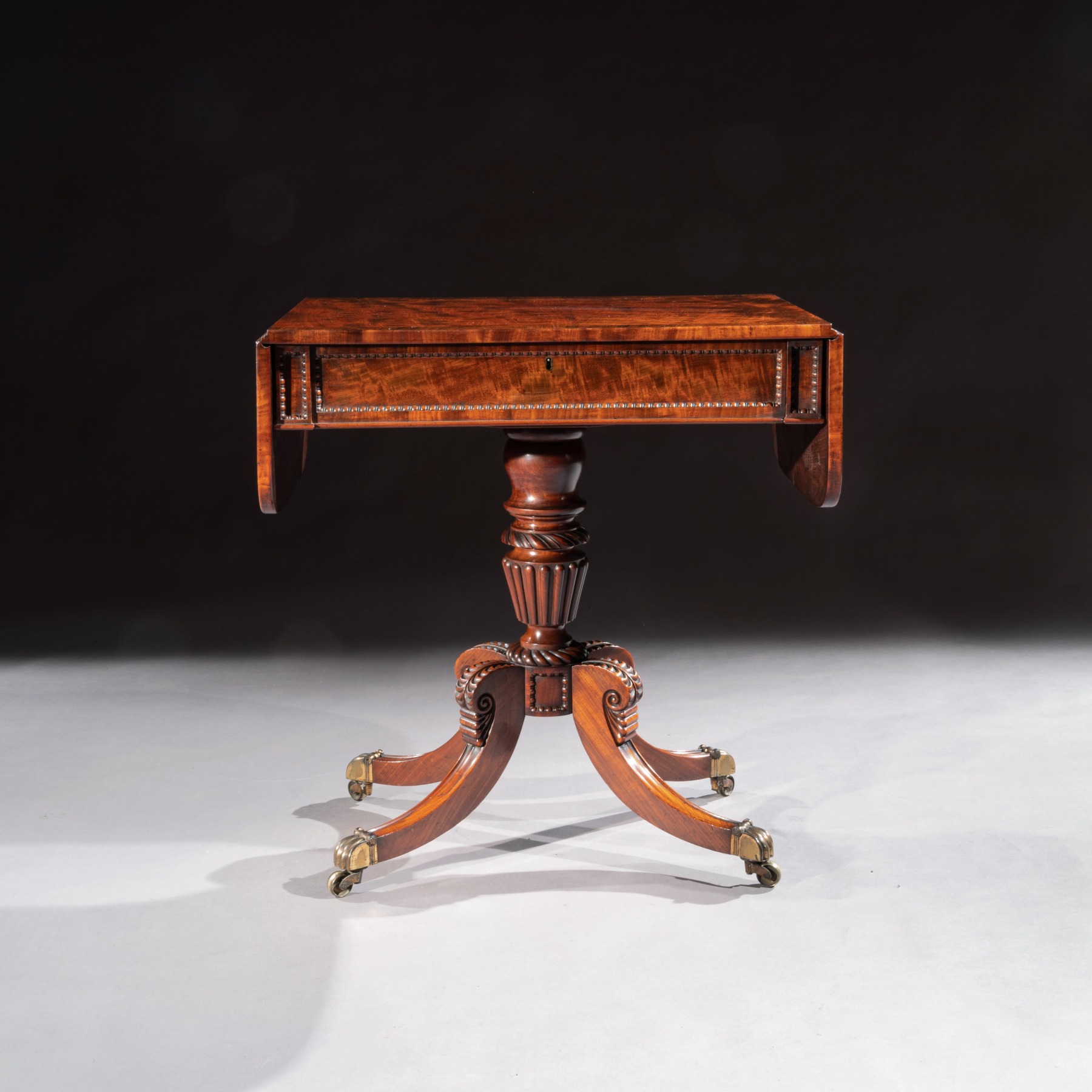 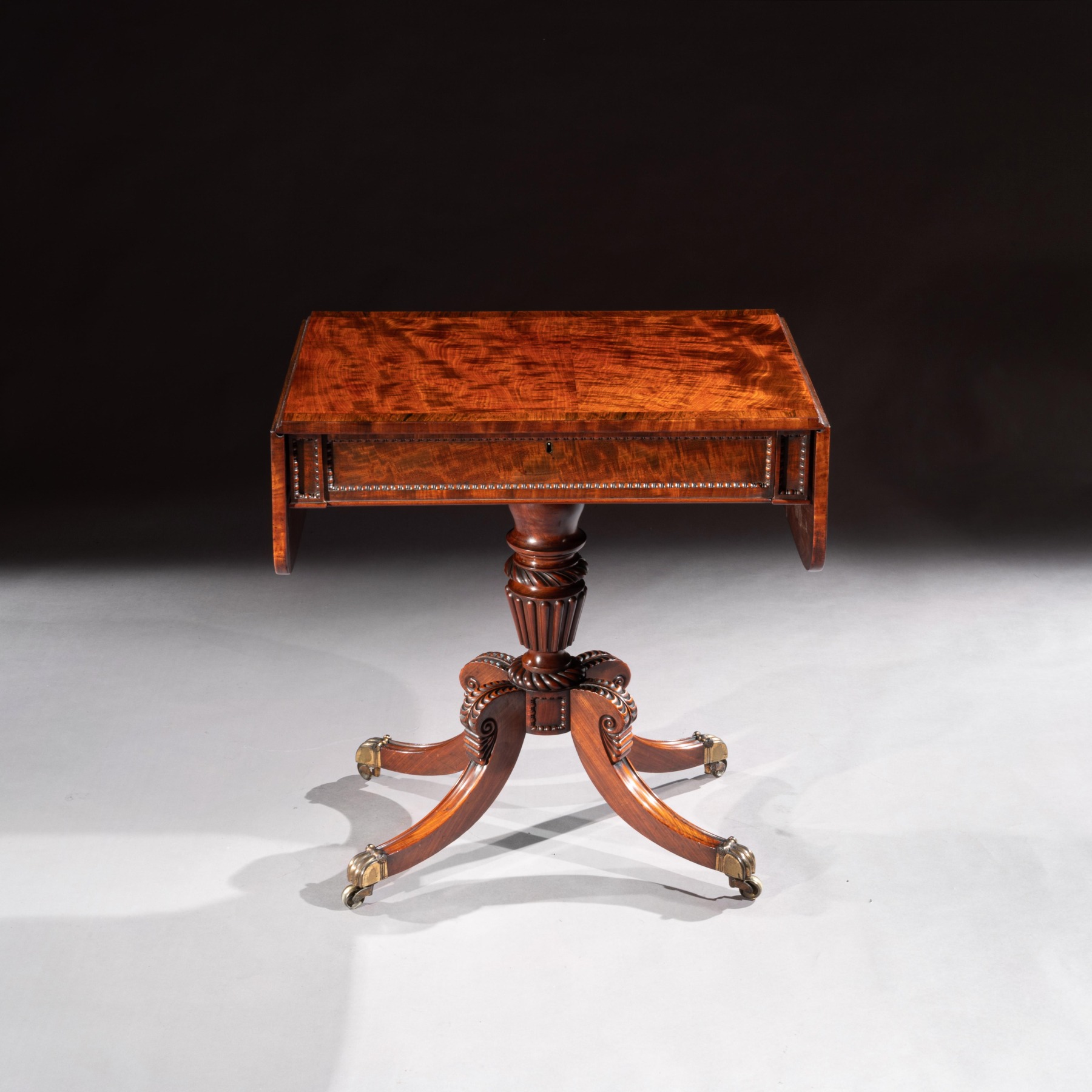 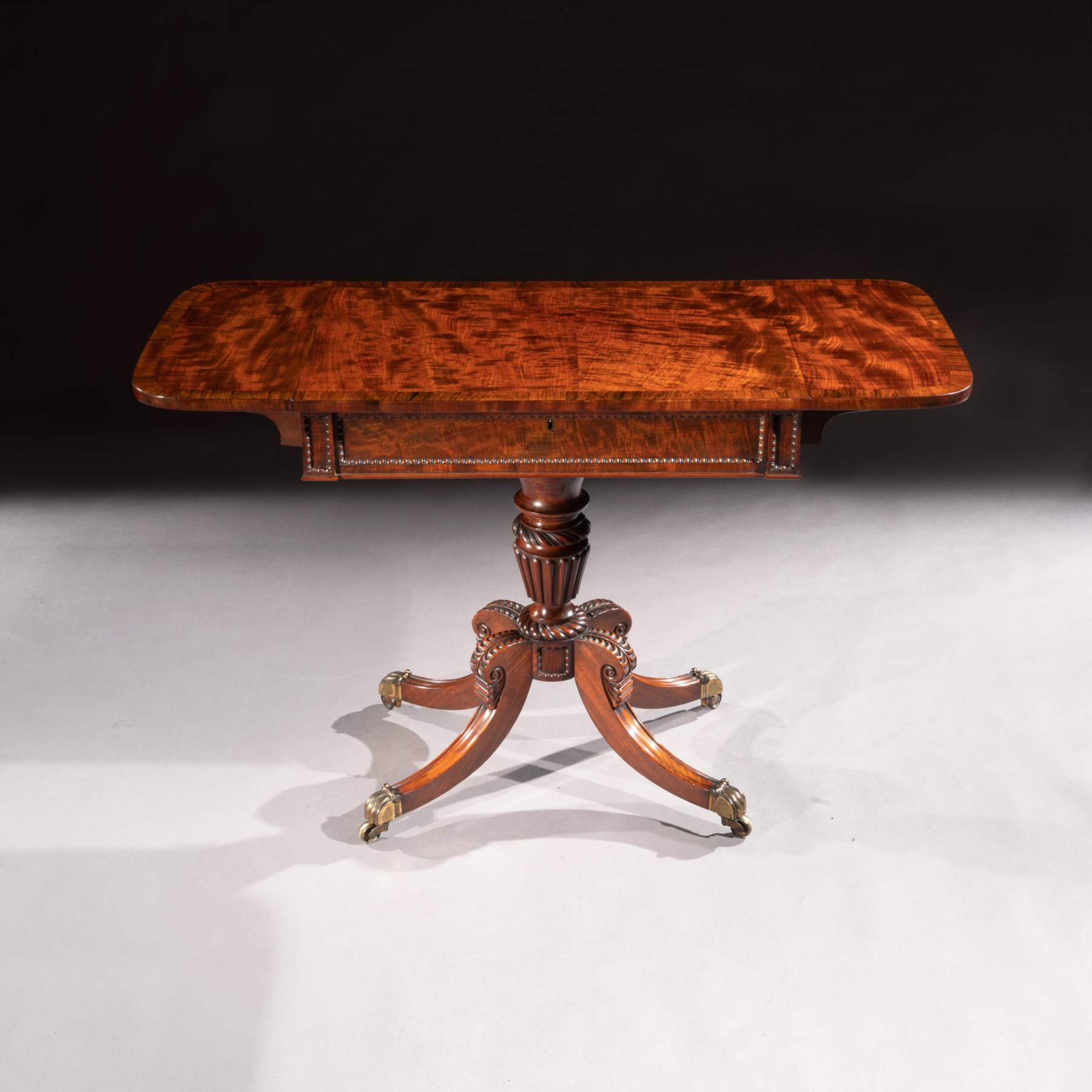 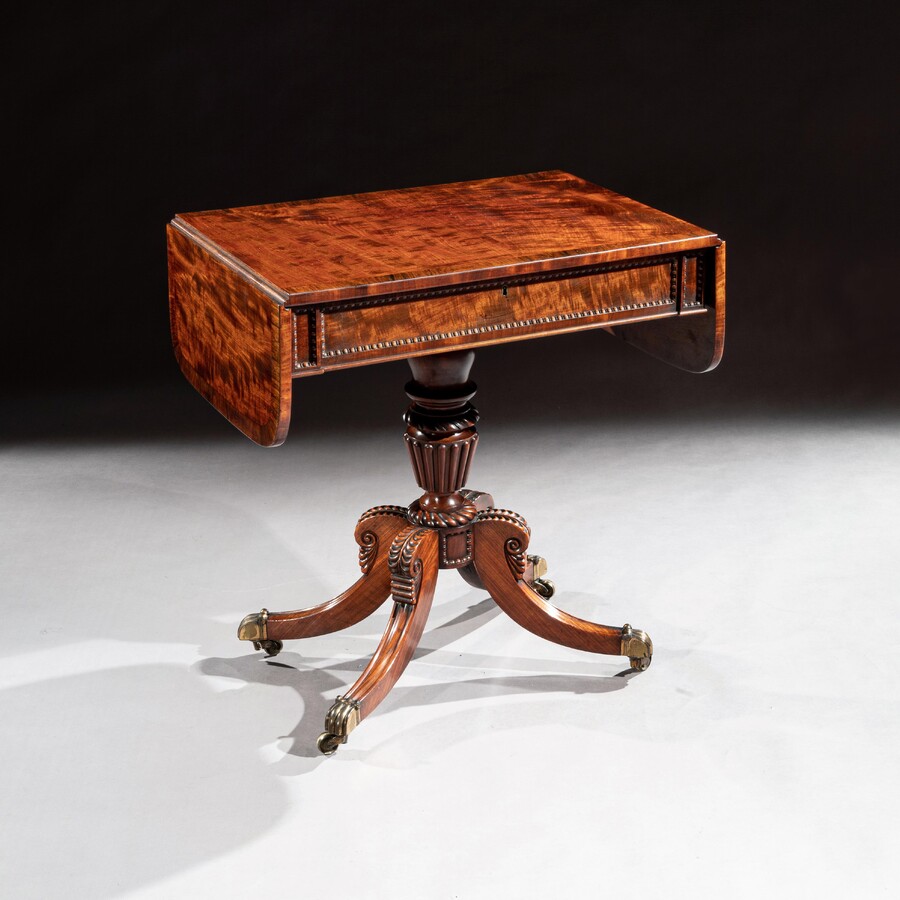 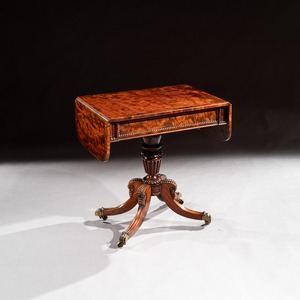 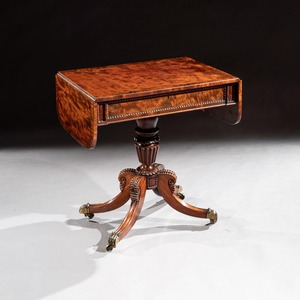 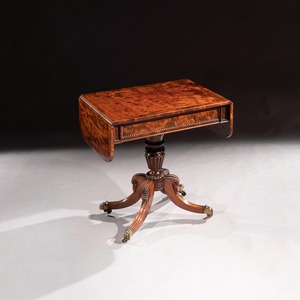 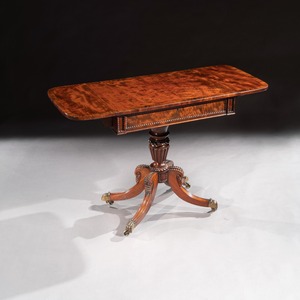 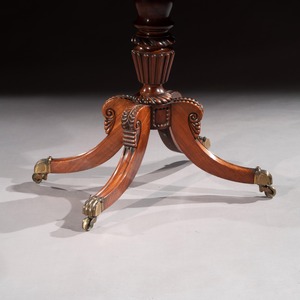 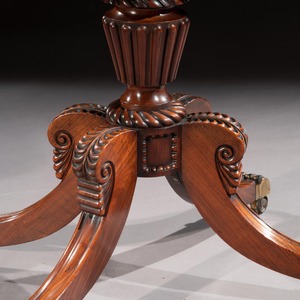 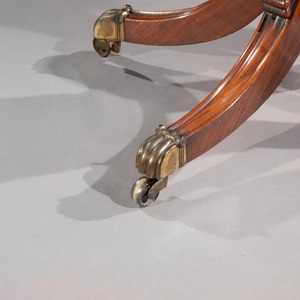 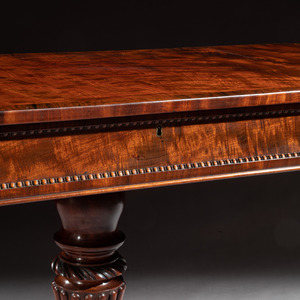 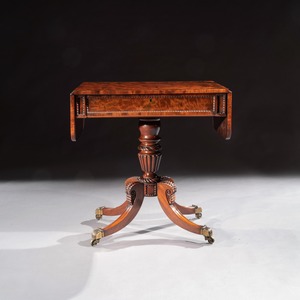 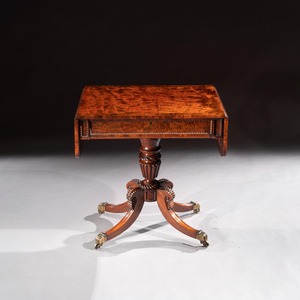 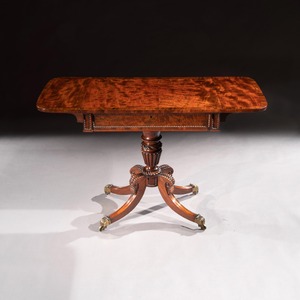 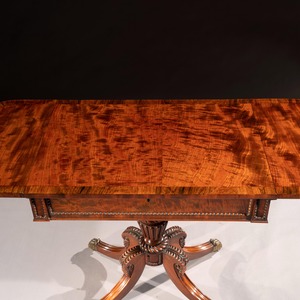 Of unusually small proportions and almost certainly made by William Trotter of Edinburgh.

The overall quality of this table including choice of timber, various design elements, the fine gadrooning, design of the base and castors used are all indicative of the highly regarded Scottish cabinet maker of this period William Trotter of Edinburgh.

William Trotter (1772-1833) was the son of Thomas Trotter a member of The Edinburgh Merchant Company of which he became a member of himself in 1797.

In 1809 he was the sole proprietor of the firm Young & Trotter, furnishing the library and picture gallery designed by the architect Robert Reid at Paxton House for George Home.

Amongst his highlights he was famously commissioned in 1822 to refurbish Parliament House and Holyrood House in preparation for Kings George IV’s visit that year. He also served as Lord Provost of Edinburgh from 1825 to 1827.

Totter was so highly regarded he has been called Scotland’s greatest cabinet maker.