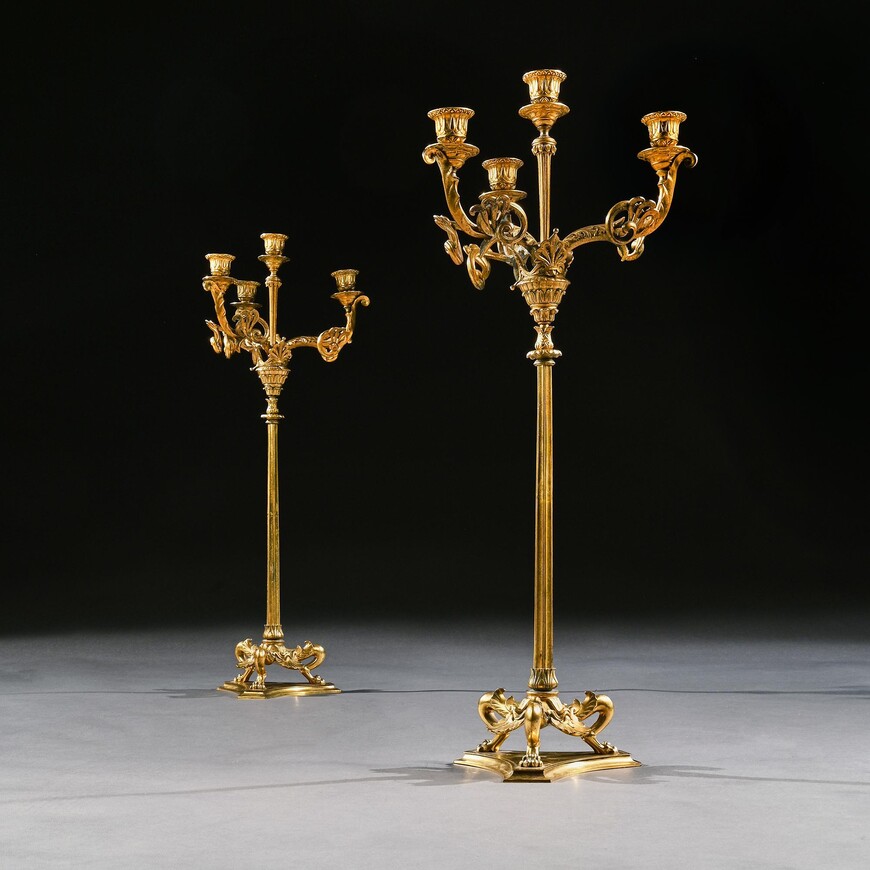 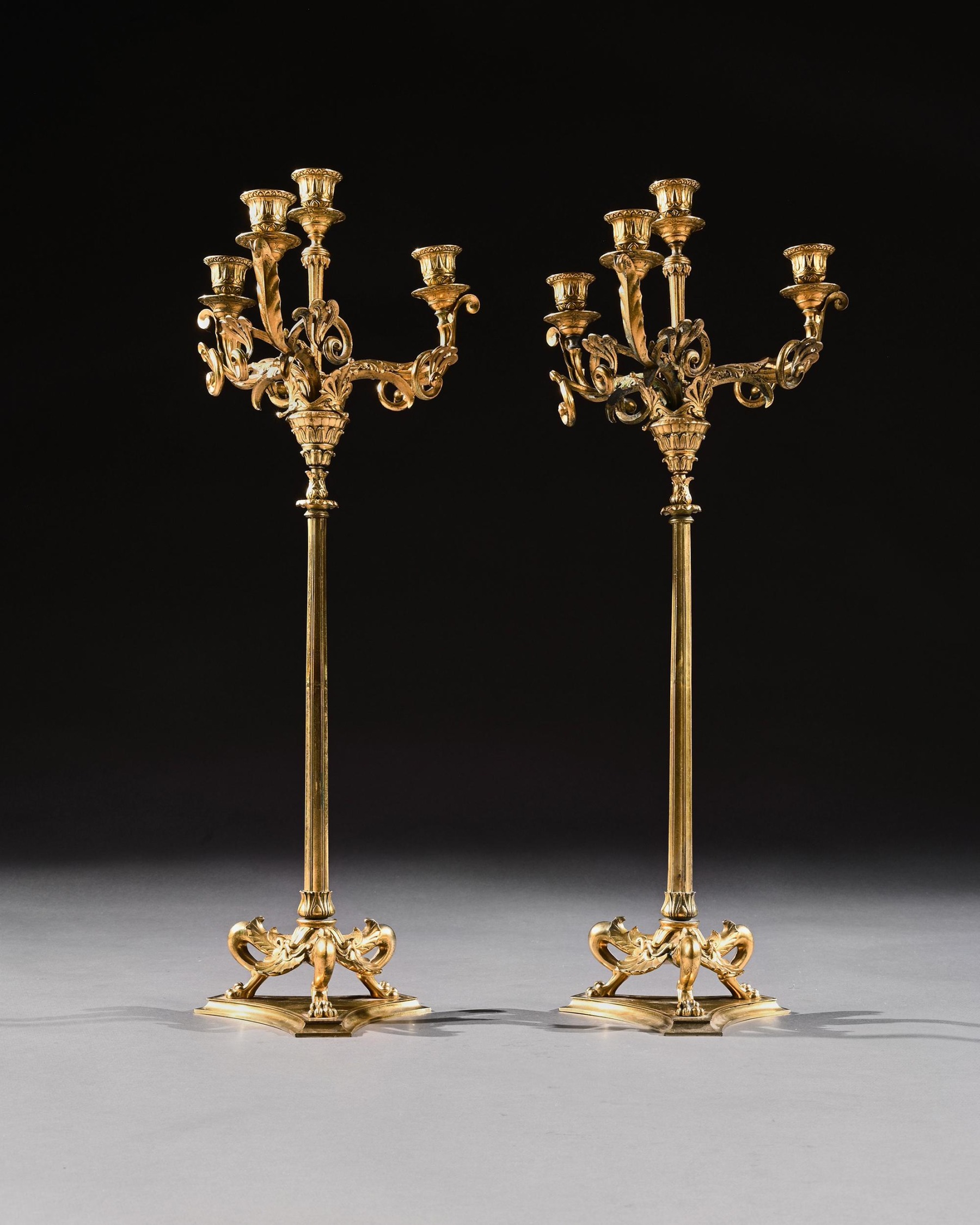 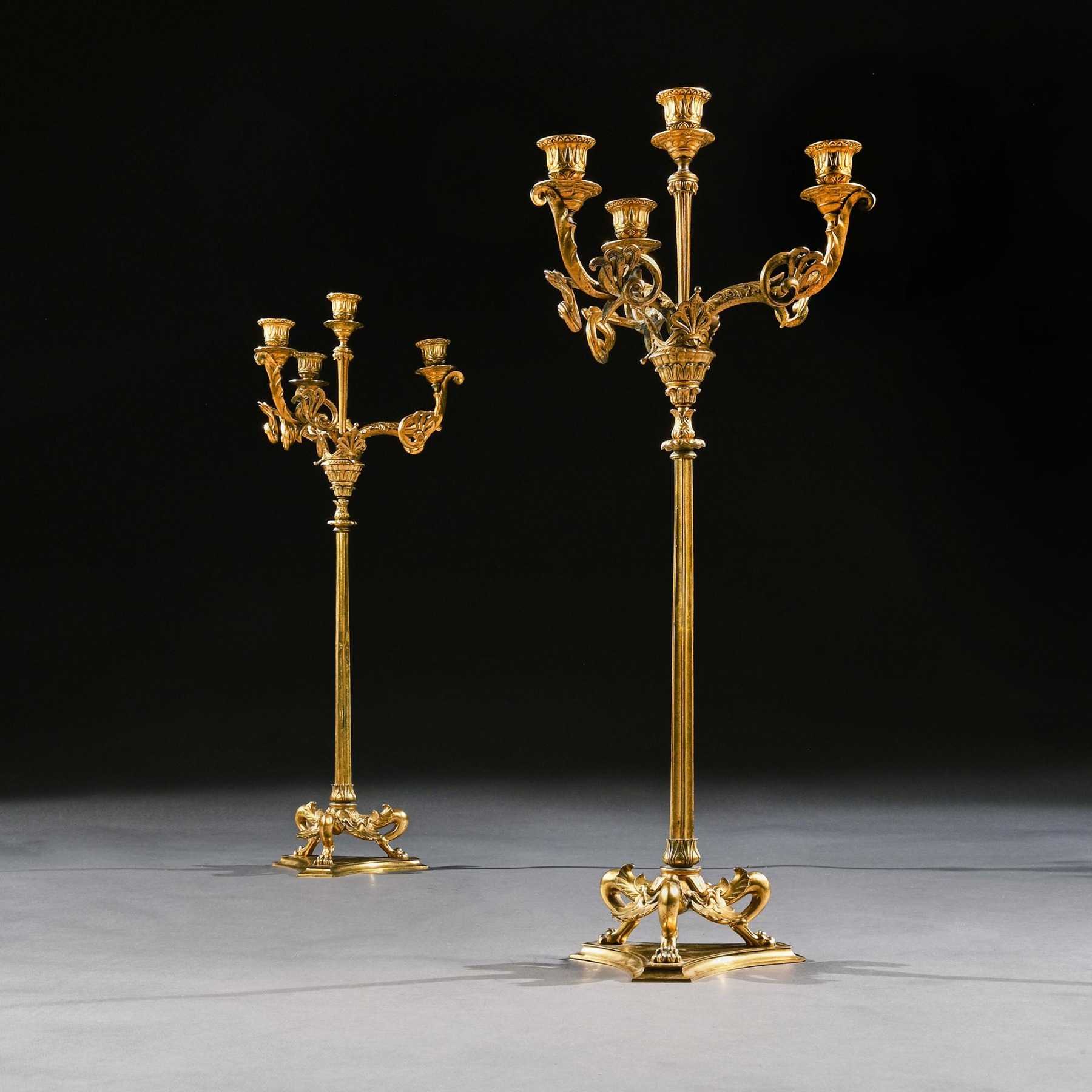 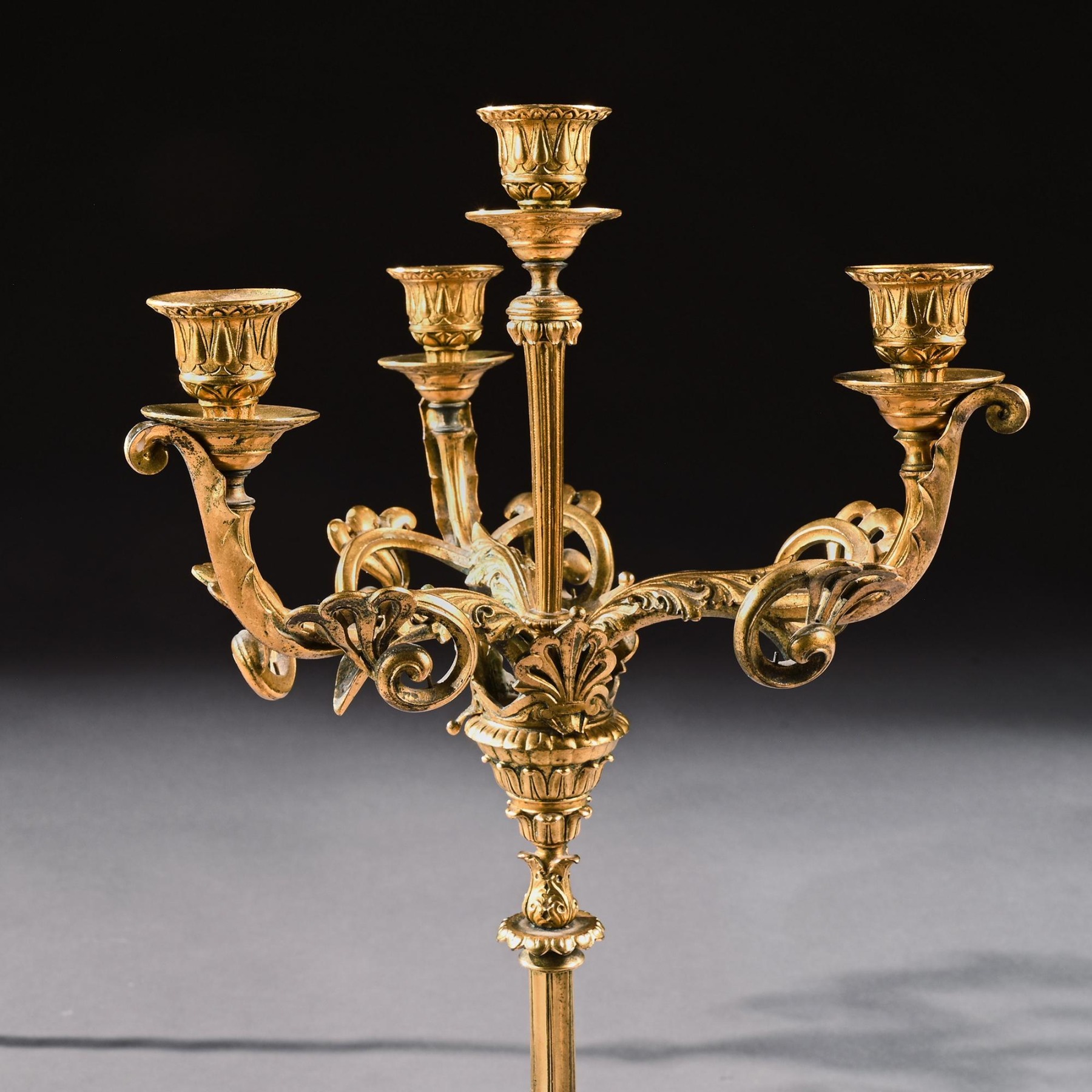 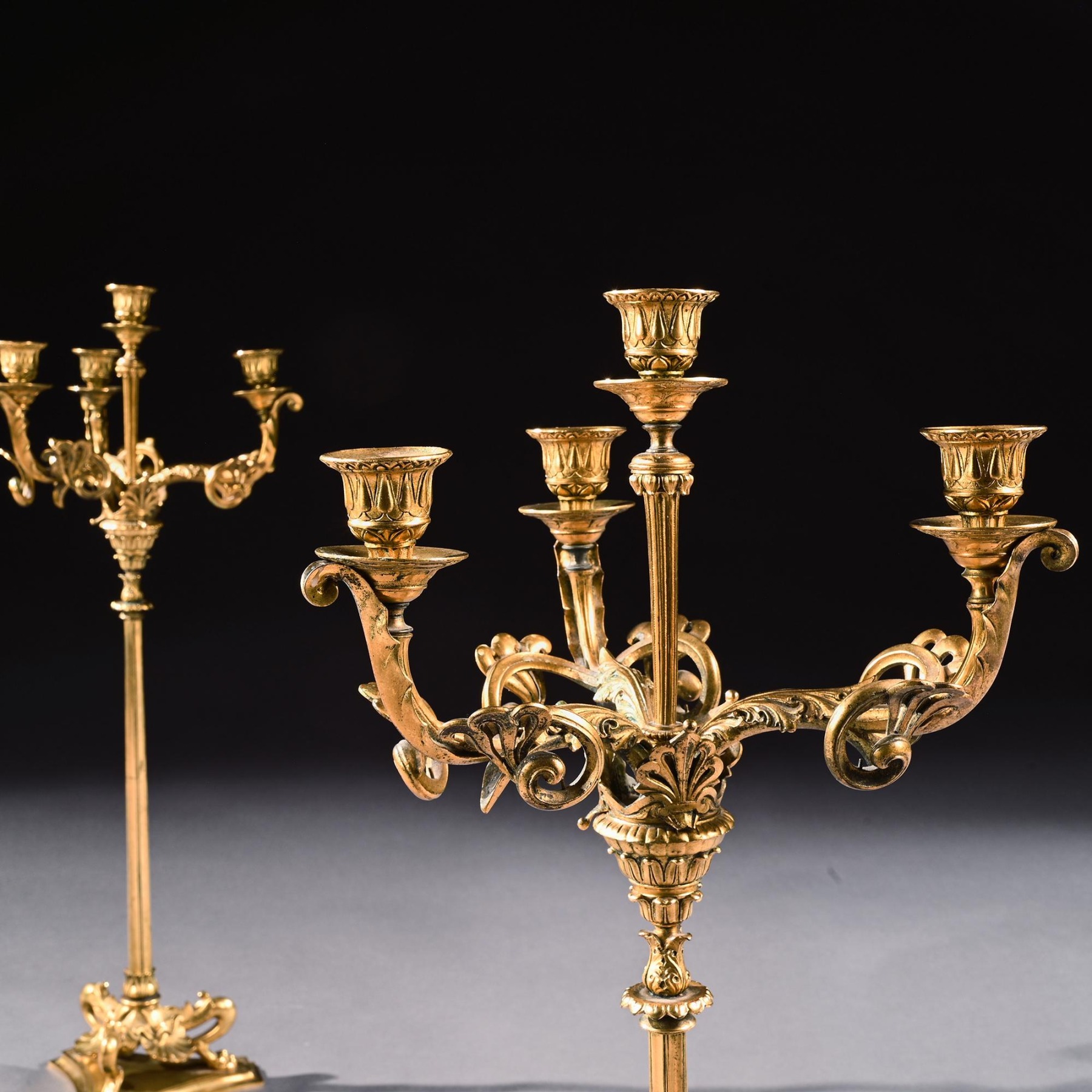 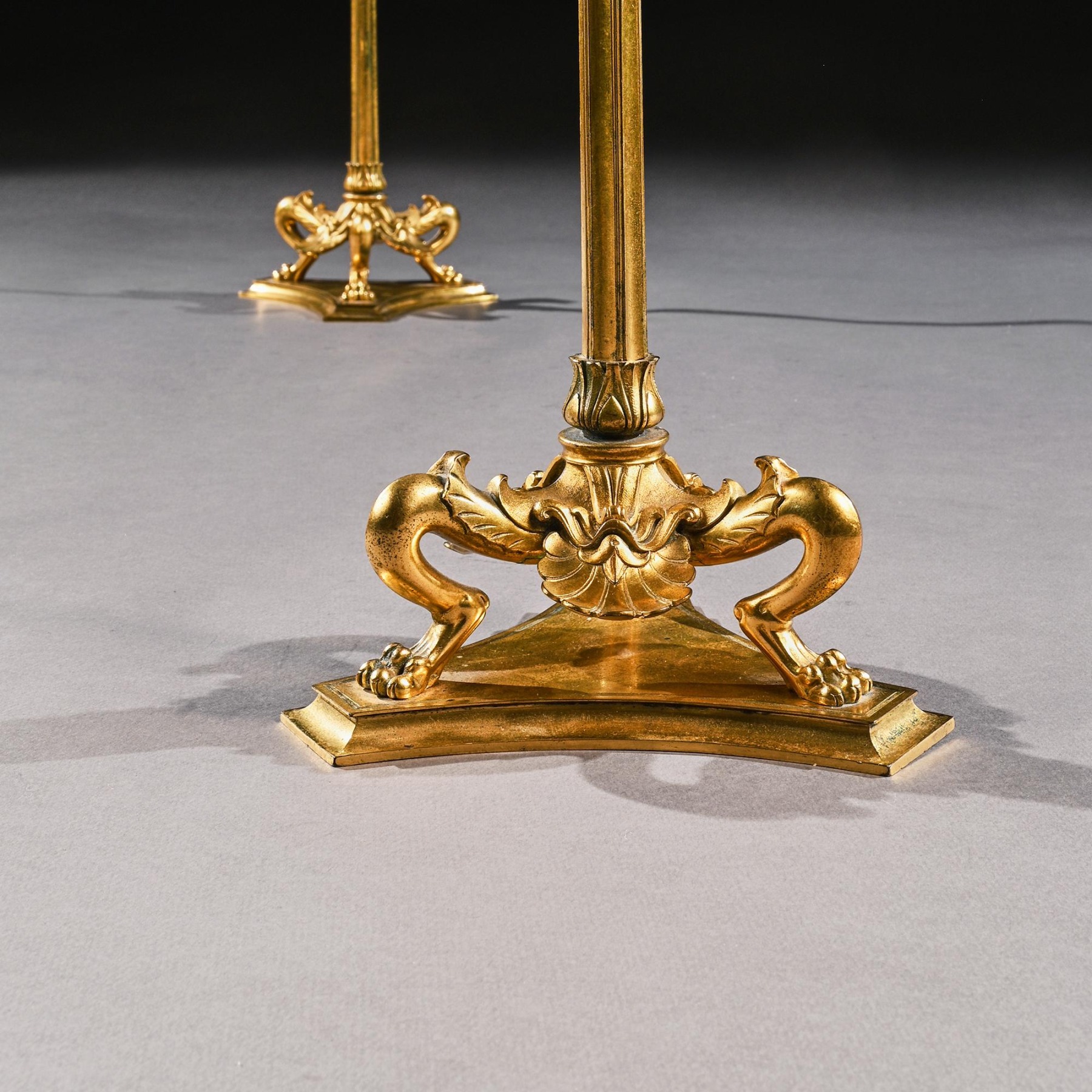 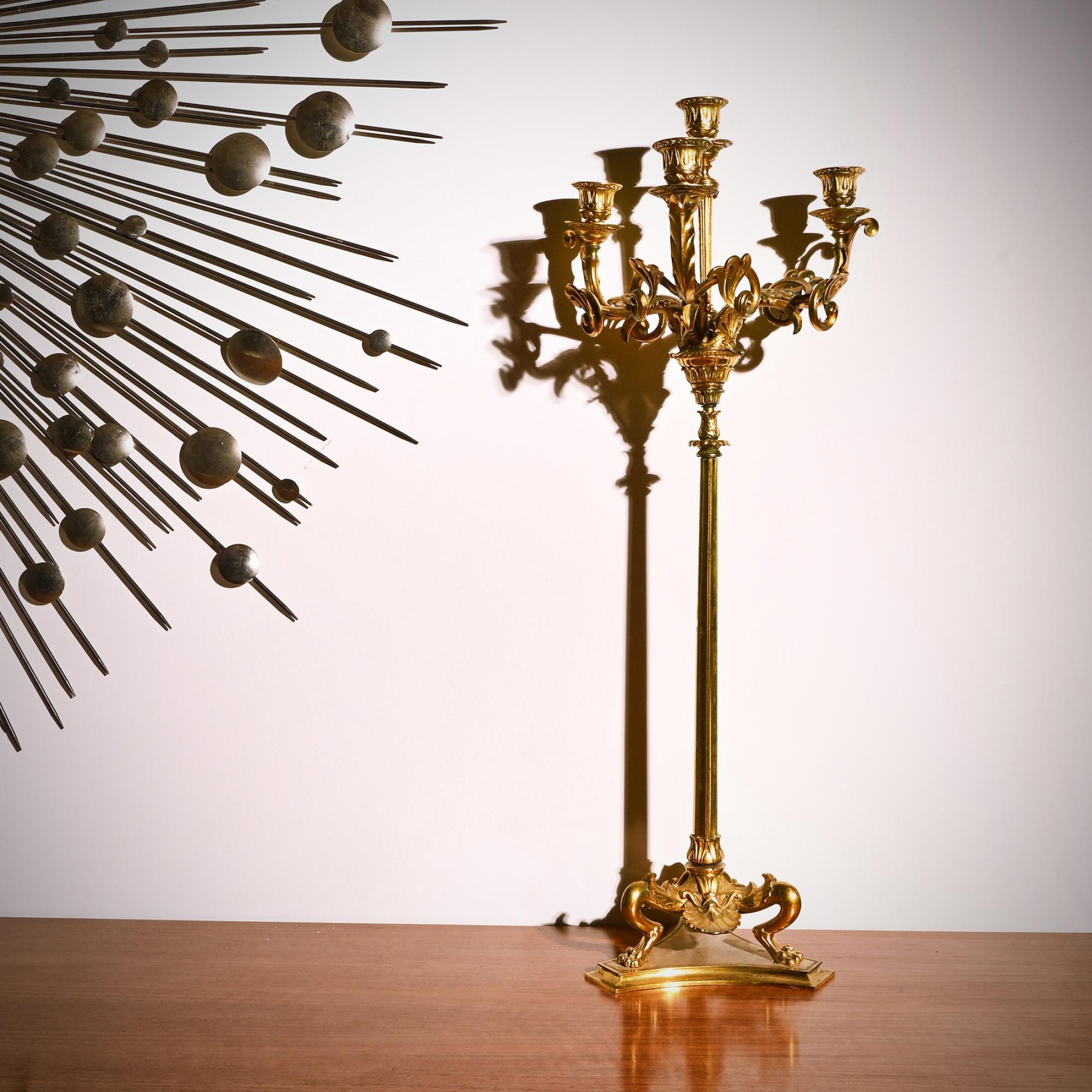 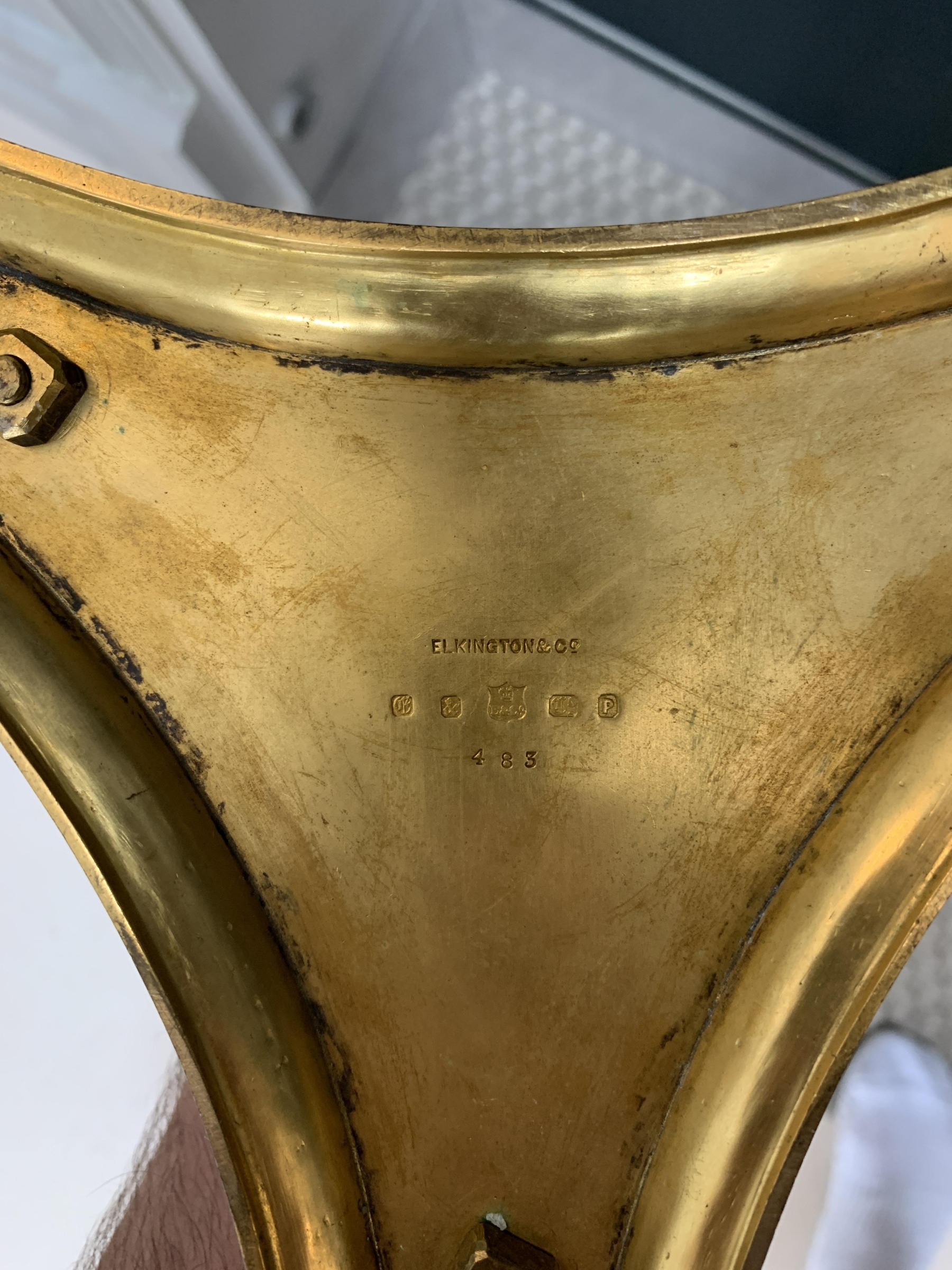 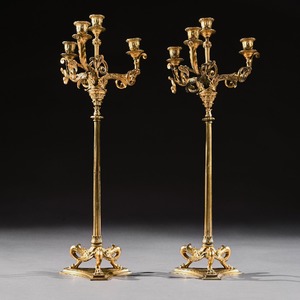 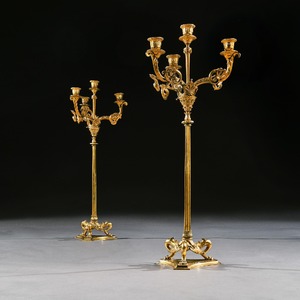 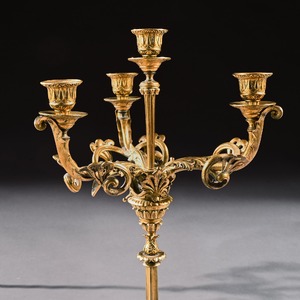 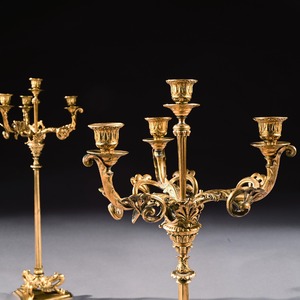 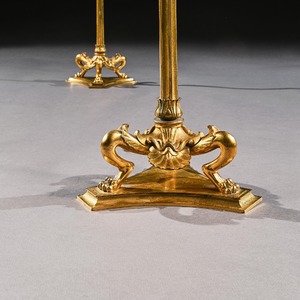 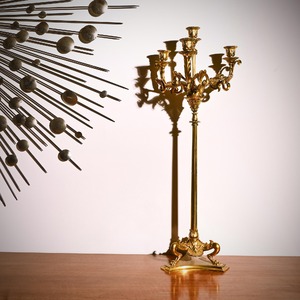 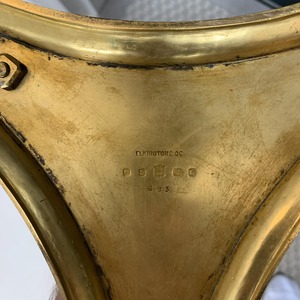 Very elegant and slender pair of candelabra in original condition with a good colour to the gilt work, inspired by the ancient Roman models. Very unusual being gilt rather than the silver-plate Elkingtons are noted for.

Will work in both a contemporary and traditional setting.

They began life in Birmingham as a company of silversmiths in 1836, and experimented with improving gilding techniques. By 1838 they had discovered and patented a new way to electroplate one metal on to the surface of another. The company received financial backing from Josiah Mason in 1842 (renaming the firm Elkington, Mason & Co between 1842 and 1861) and was extremely successful. It introduced electrotyping as a new method of production for silver plated items. Elkington & Co exhibited at the Great Exhibition of 1851 with enormous success. They held Royal Warrants for Queen Victoria, King Edward VI, King George V, King Edward VIII and King George VI.

In 1868, Queen Victoria permitted much of the royal plate to be copied by Elkingtons and they were also the suppliers of flatware to the luxury dining sections on board the Titanic and other ships in the White Star Line fleet.

Over the course of history it became very successful and was one of the prime producers of silver plating. One of their most famous pieces is the electrotype copy of the Jerningham Wine Cooler, at the Victoria & Albert Museum.