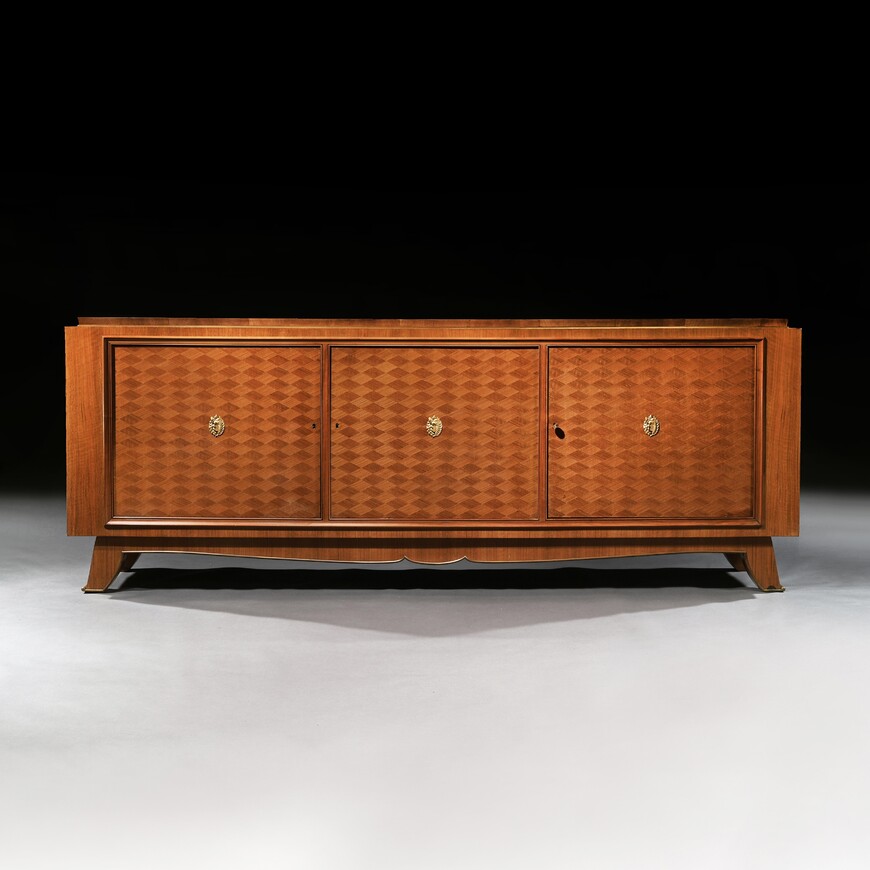 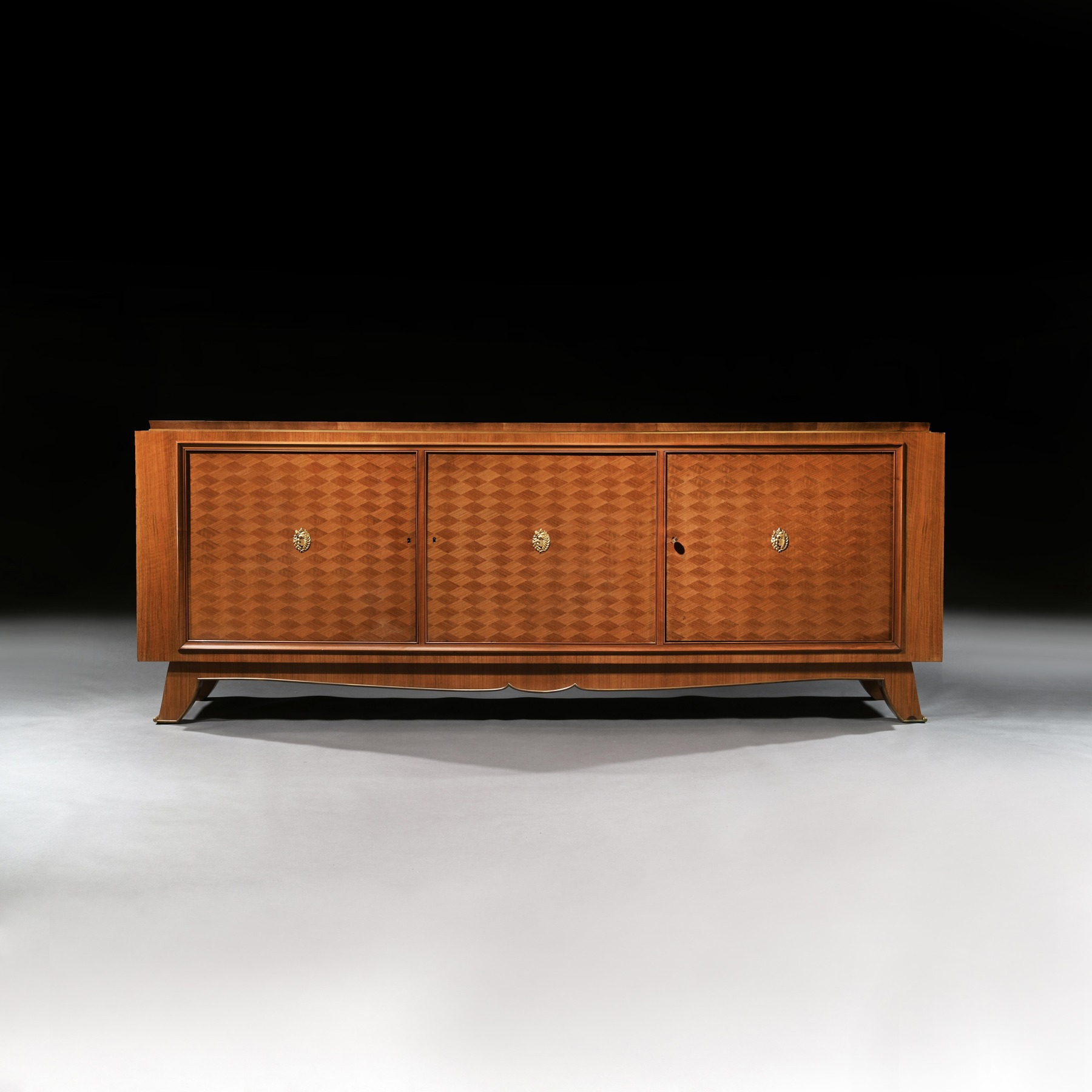 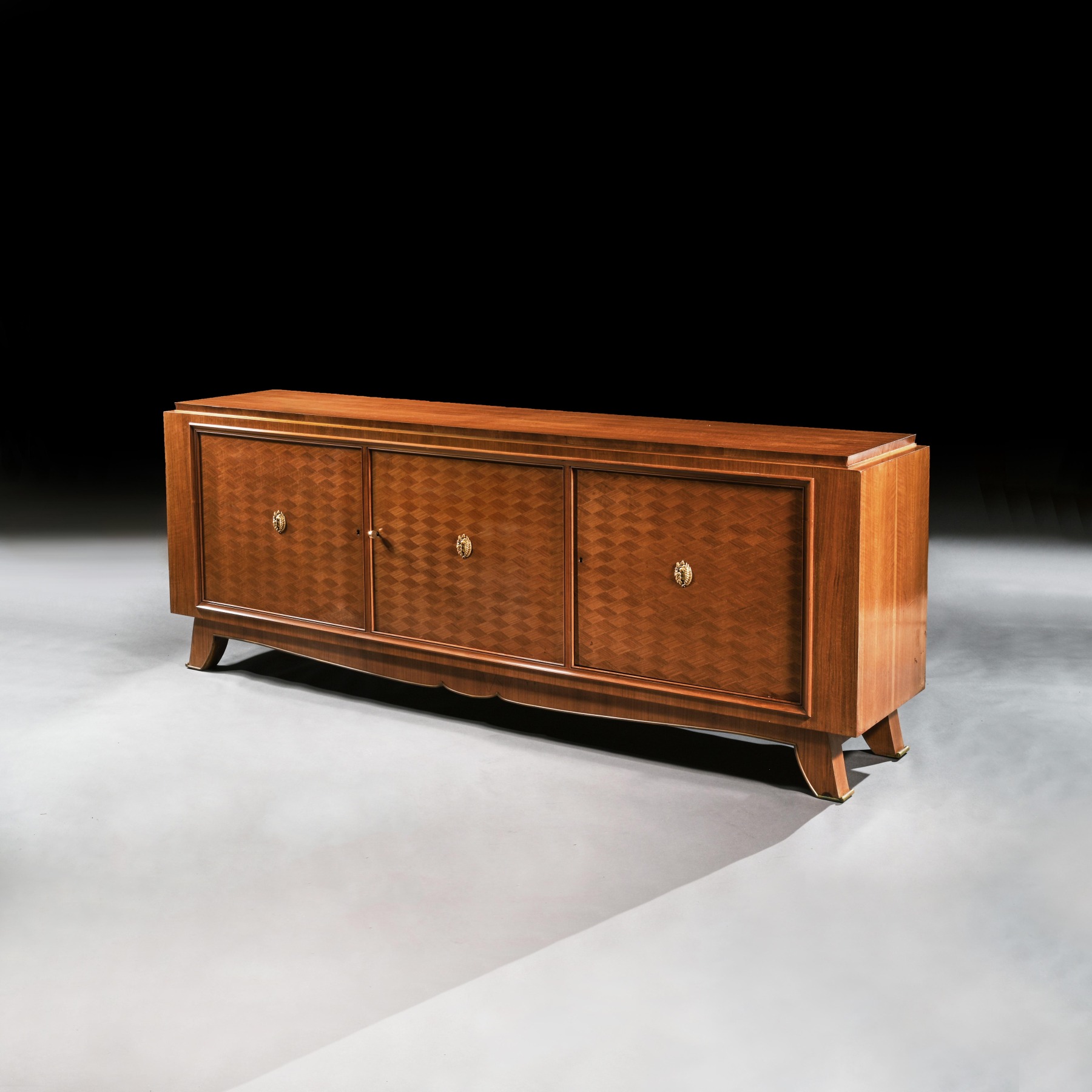 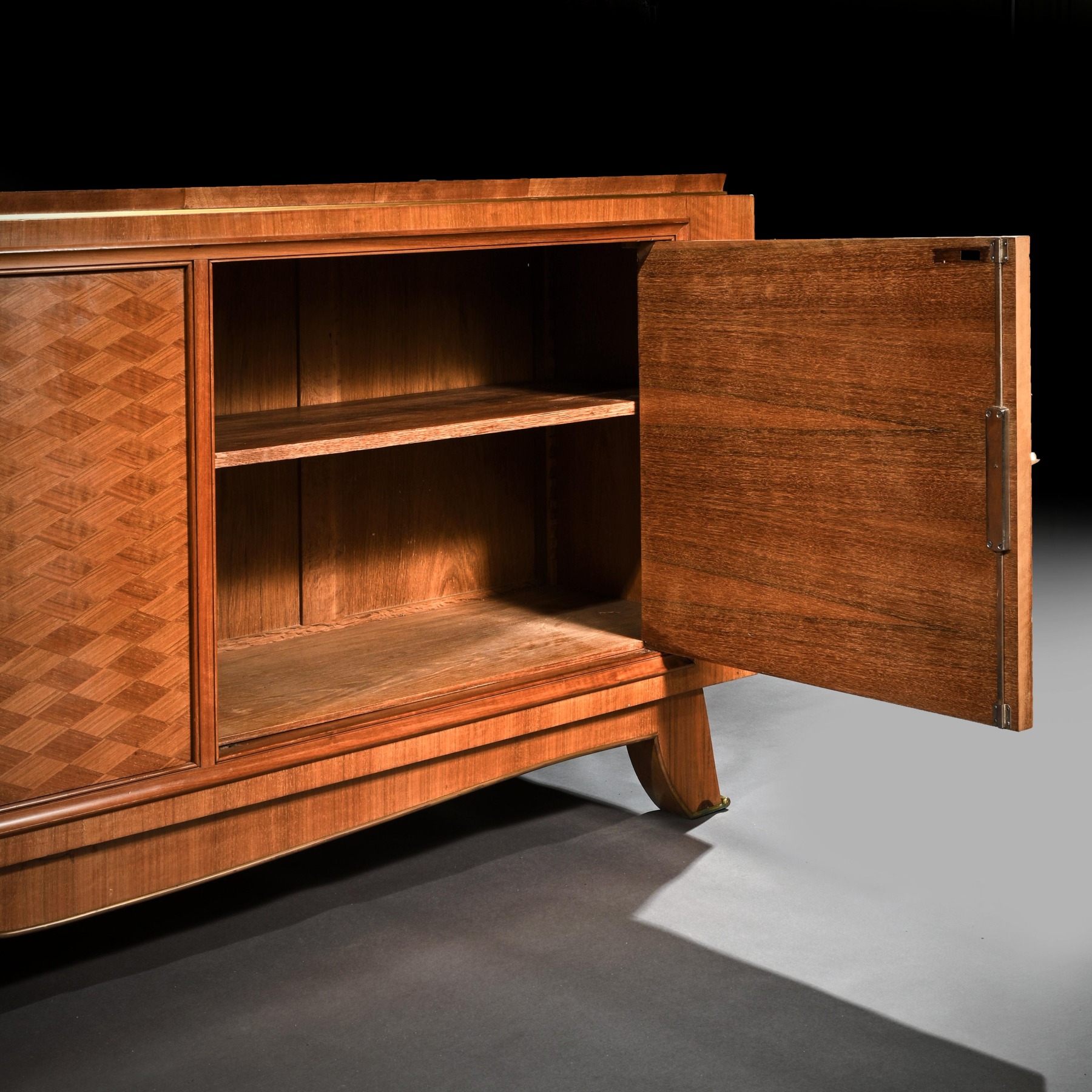 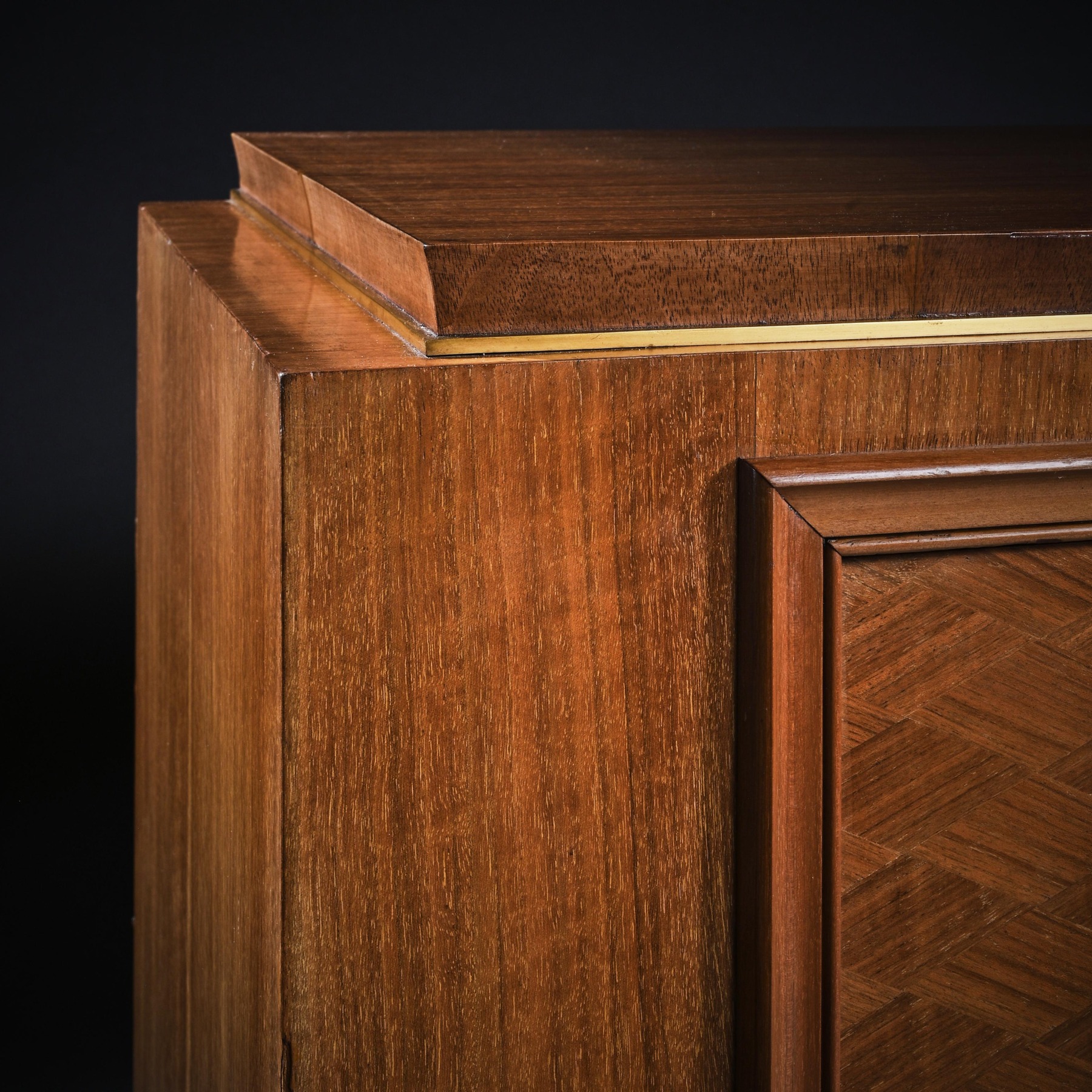 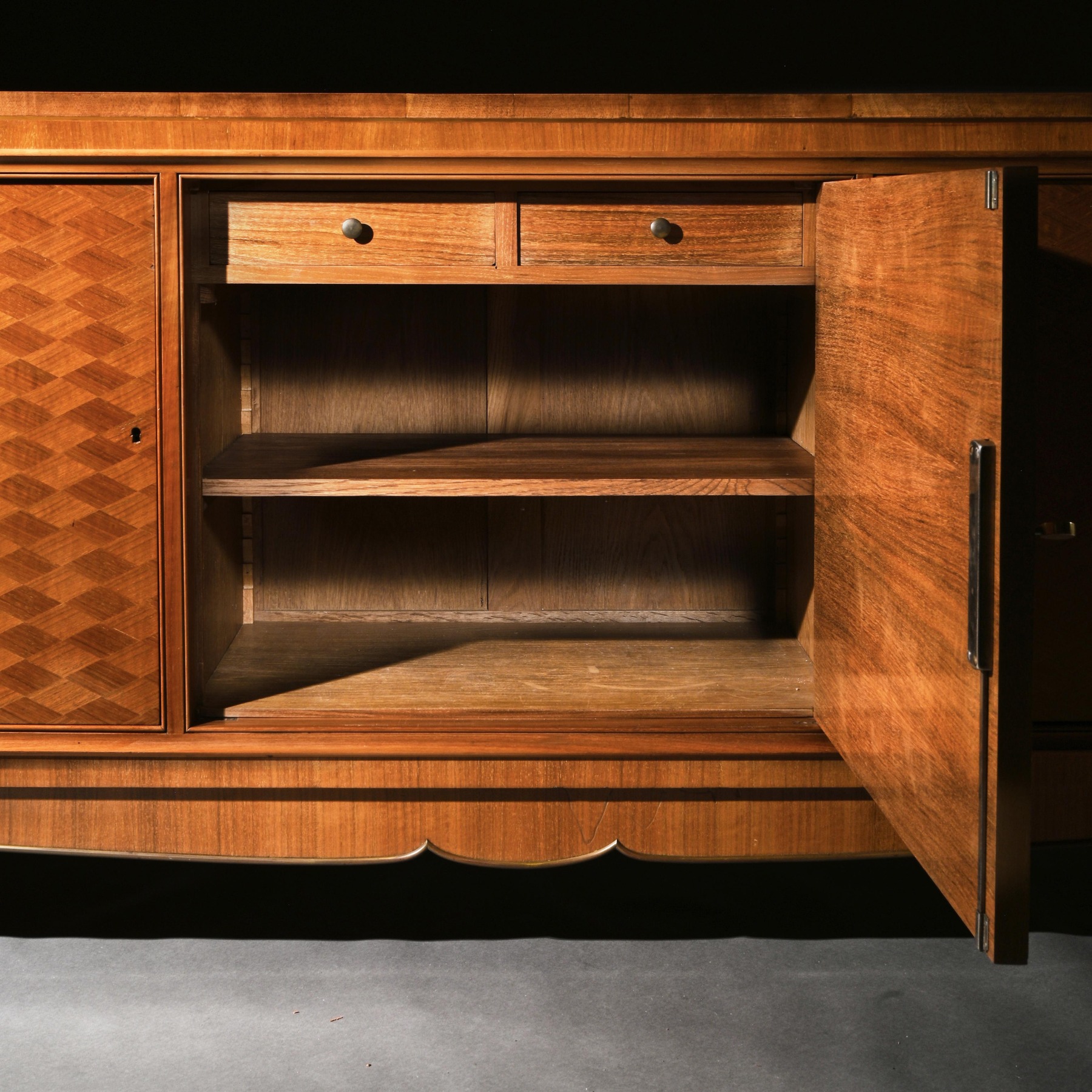 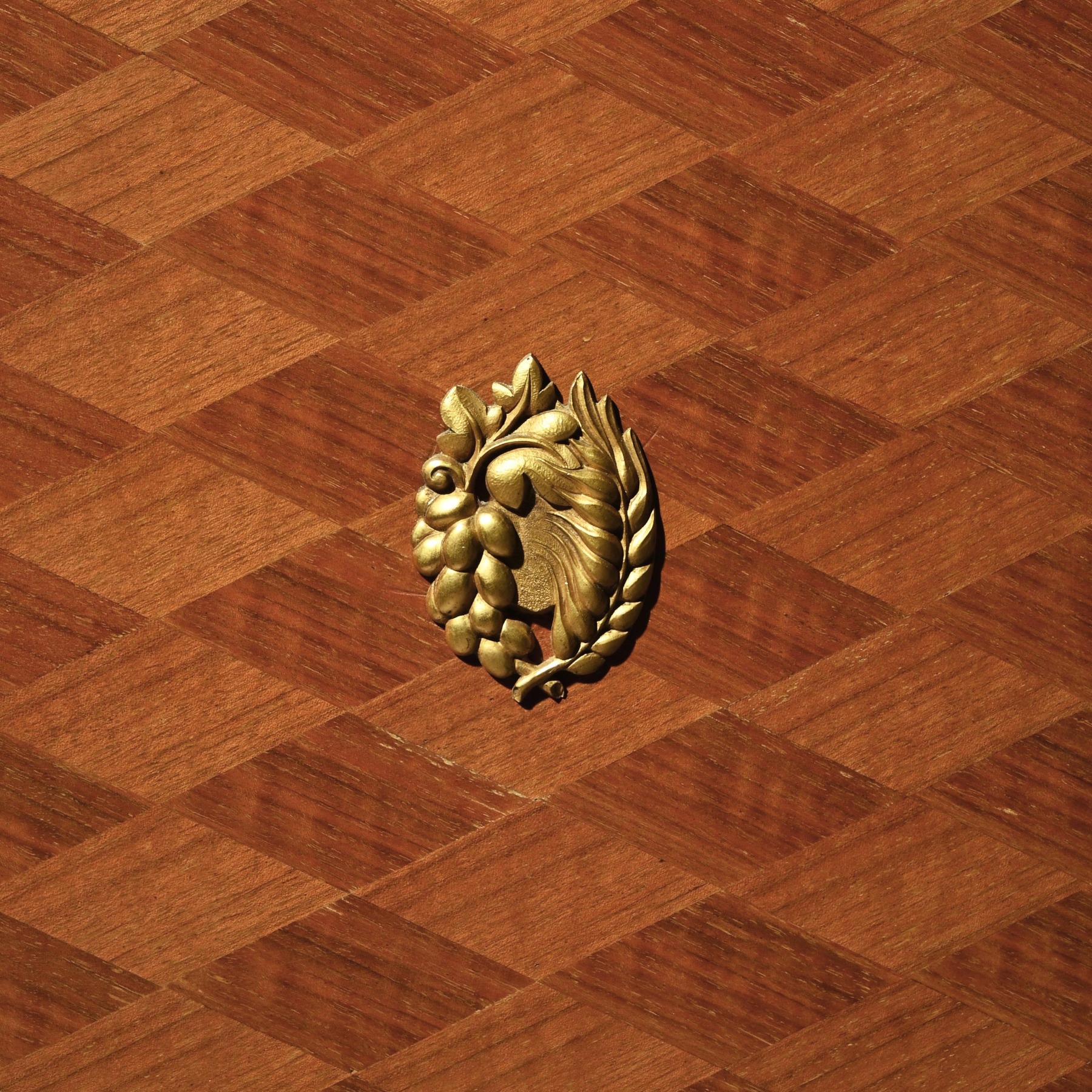 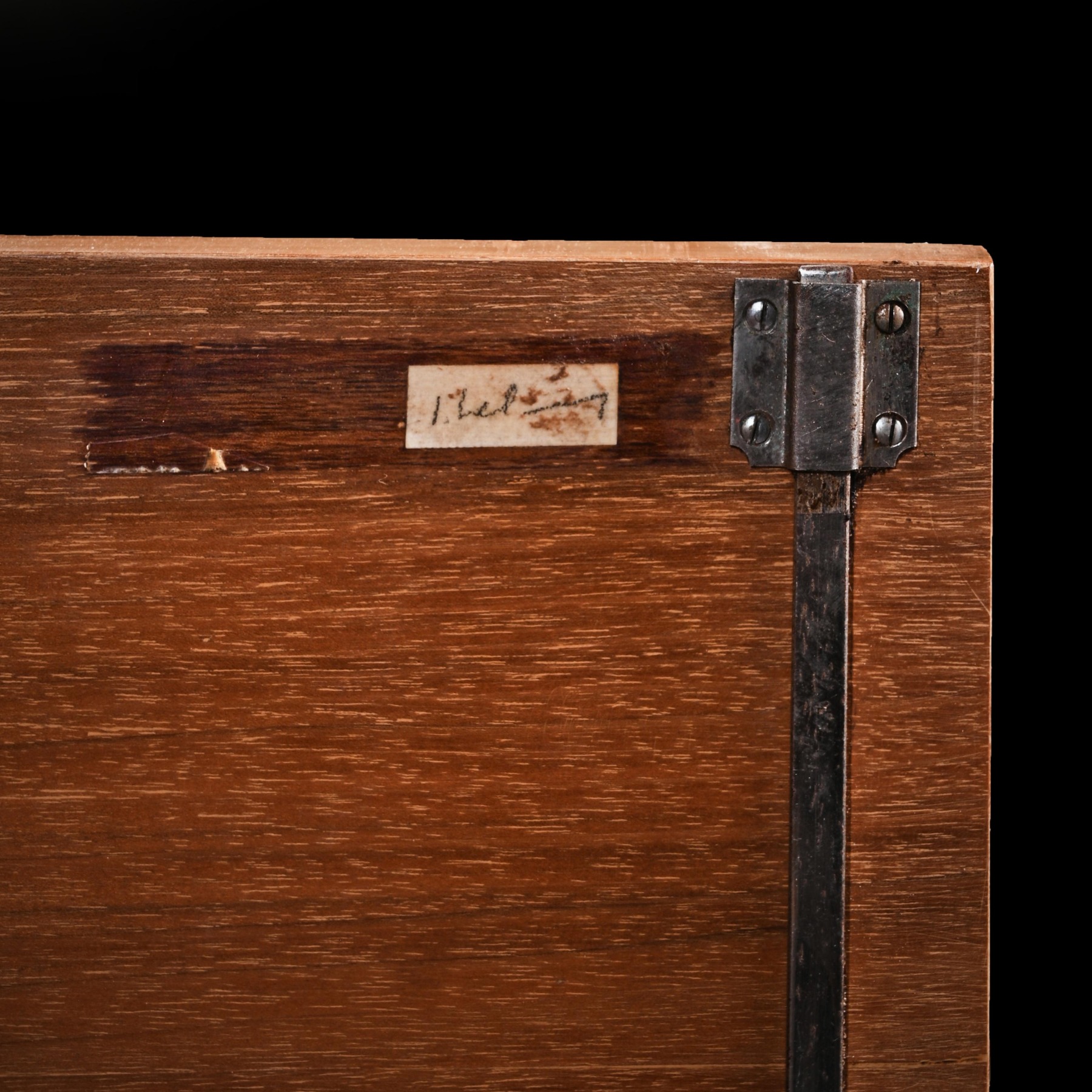 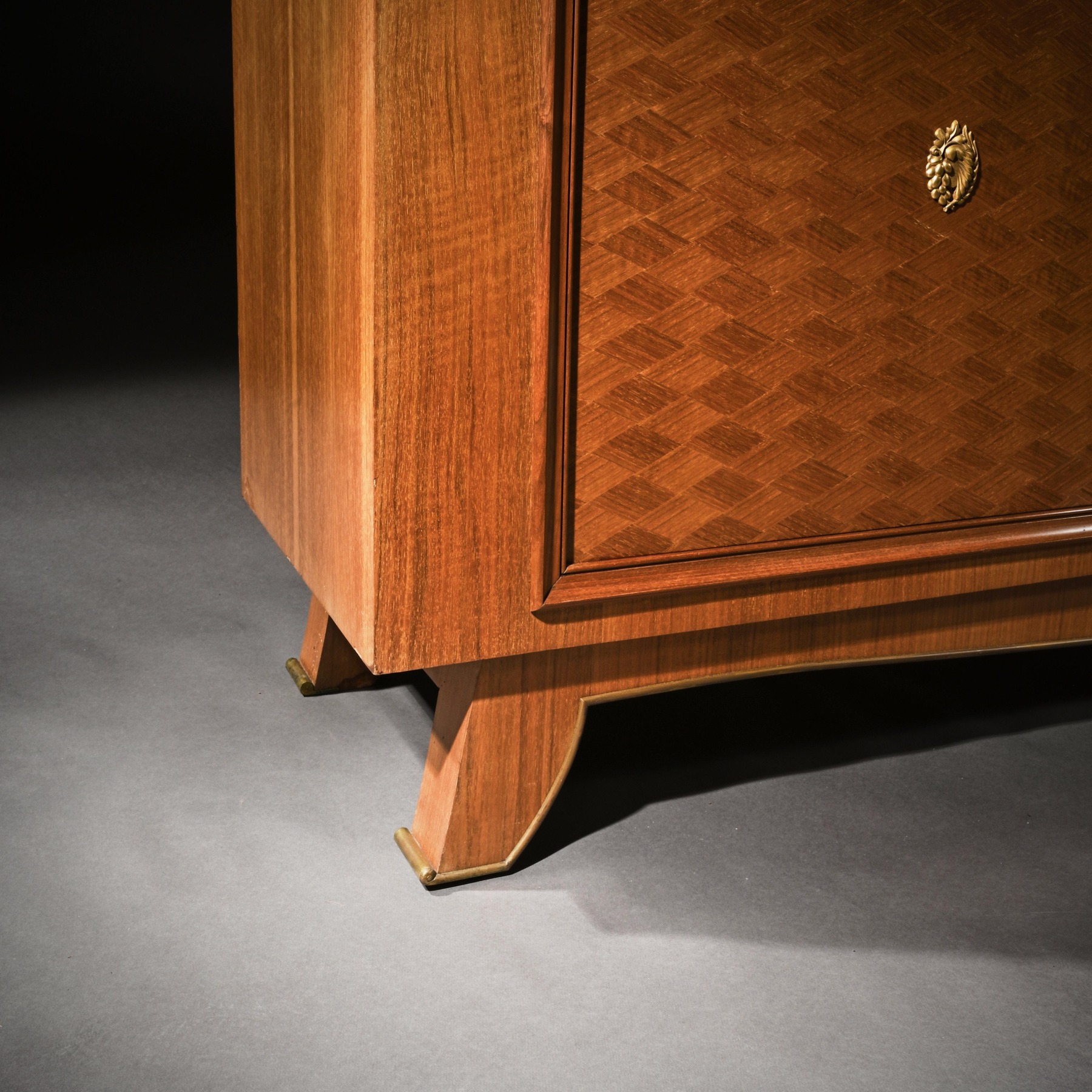 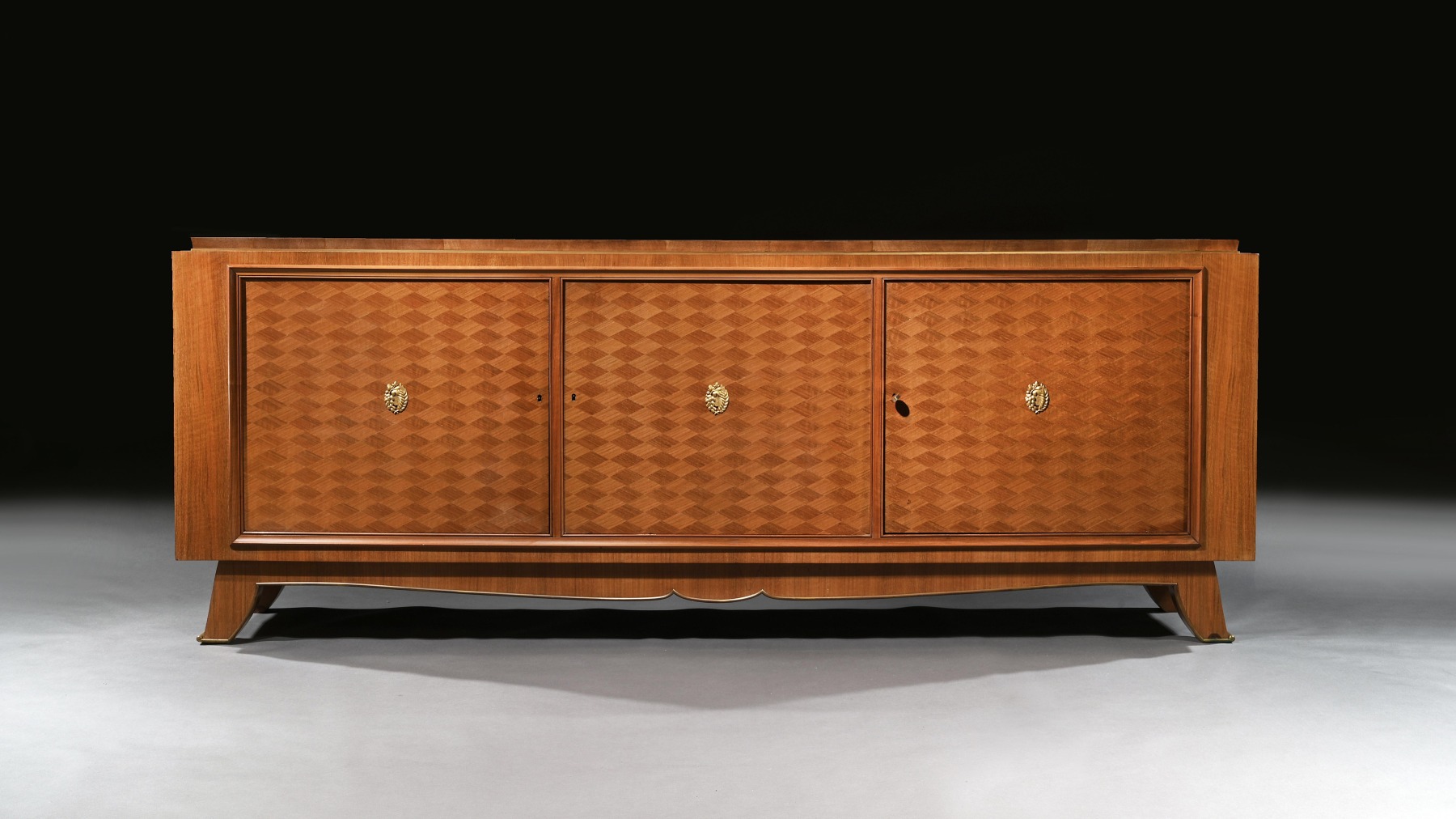 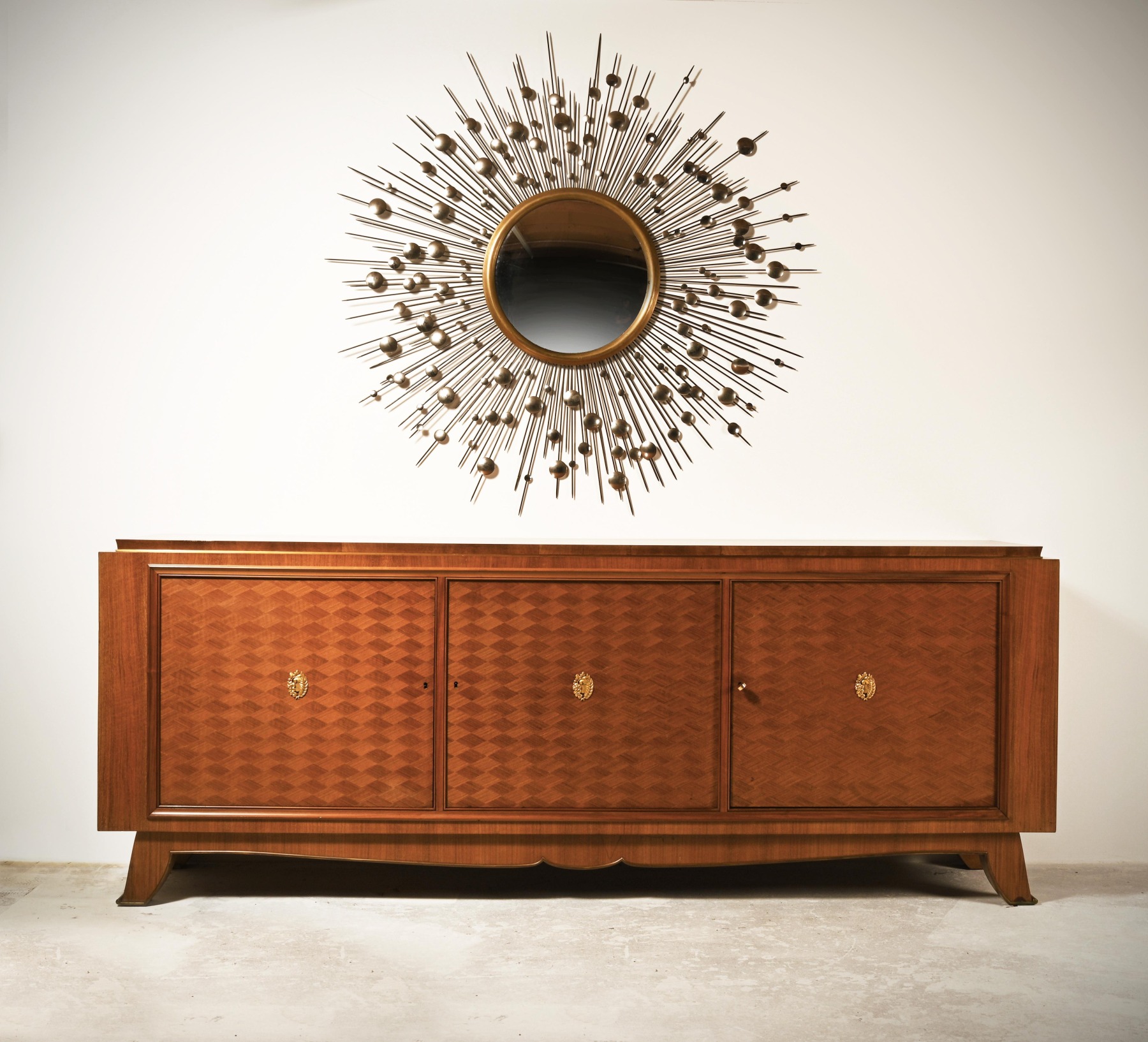 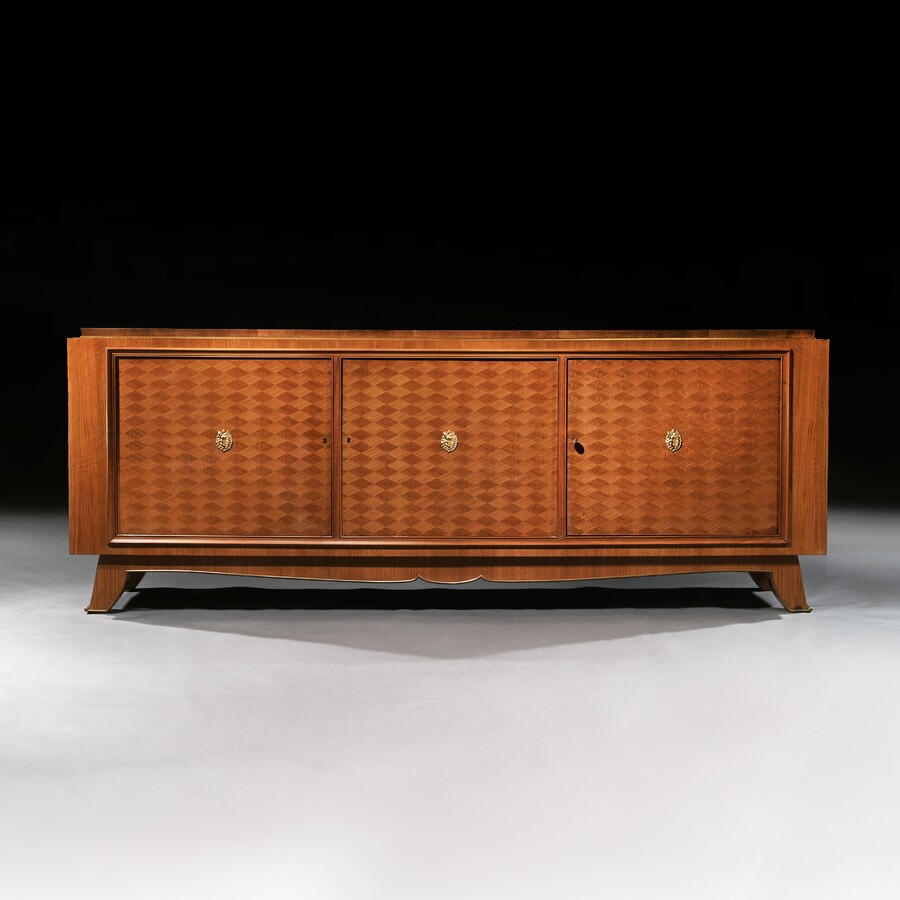 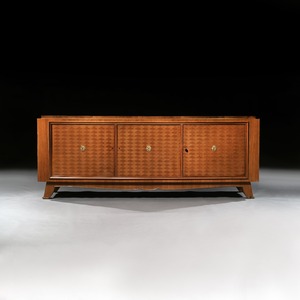 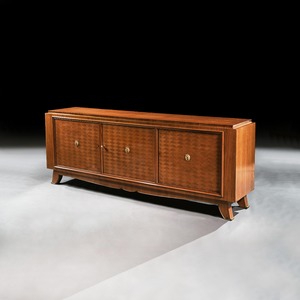 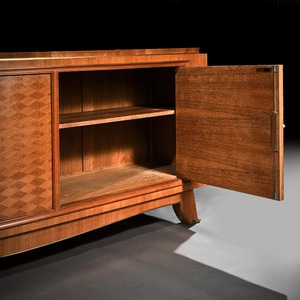 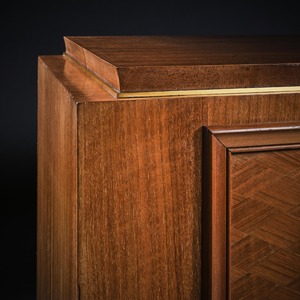 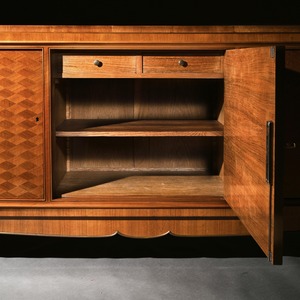 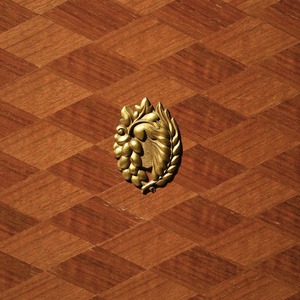 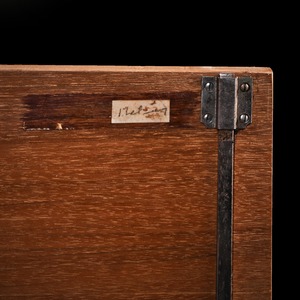 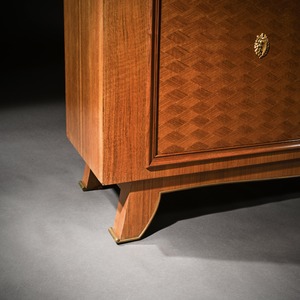 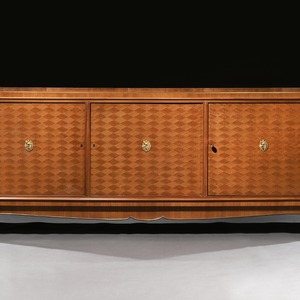 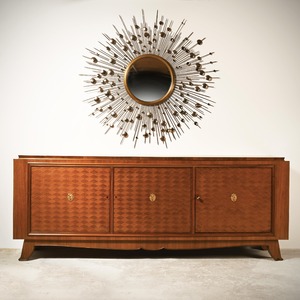 With conforming gilt-bronze trim to the apron with a small central scallop, the entire piece resting on sabre legs terminating in gilt-bronze feet.

In excellent condition having gained a wonderful colour, an extremely rare piece signed by one of the key designers in starting off the Art Deco movement, Jules Leleu.

This piece has particularly impressive provenance as it is signed by its designer, Jules Leleu who was of the one key authors of the Art Deco movement. His family firm of Maison Leleu had existed since the eighteenth-century and he helped to guide it through much of the twentieth century.

Leleu is celebrated for his conception of refined furniture forms and precision craftsmanship. His furniture is generally spare and sleek. He made significant use of opulent materials that were a keynote of haute Art Deco design and favoured the use of woods with warm tones, such as amboyna, Macassar ebony, and as on this piece, walnut, all of which imparted richness and elegance. He had his own distinctive and sophisticated style, often sober and reflective of traditional French furniture design, but also modern in line and use of materials, and always in excellent taste.

This beautiful haute Art Deco piece would make a stunning statement piece in any contemporary home.

The highlight of Jules Leleu sales has to be the Grande Commode, constructed in shagreen, mahogany and gilt bronze which realised 198,750 Euros at Sotheby’s Paris, 24 November 2010.