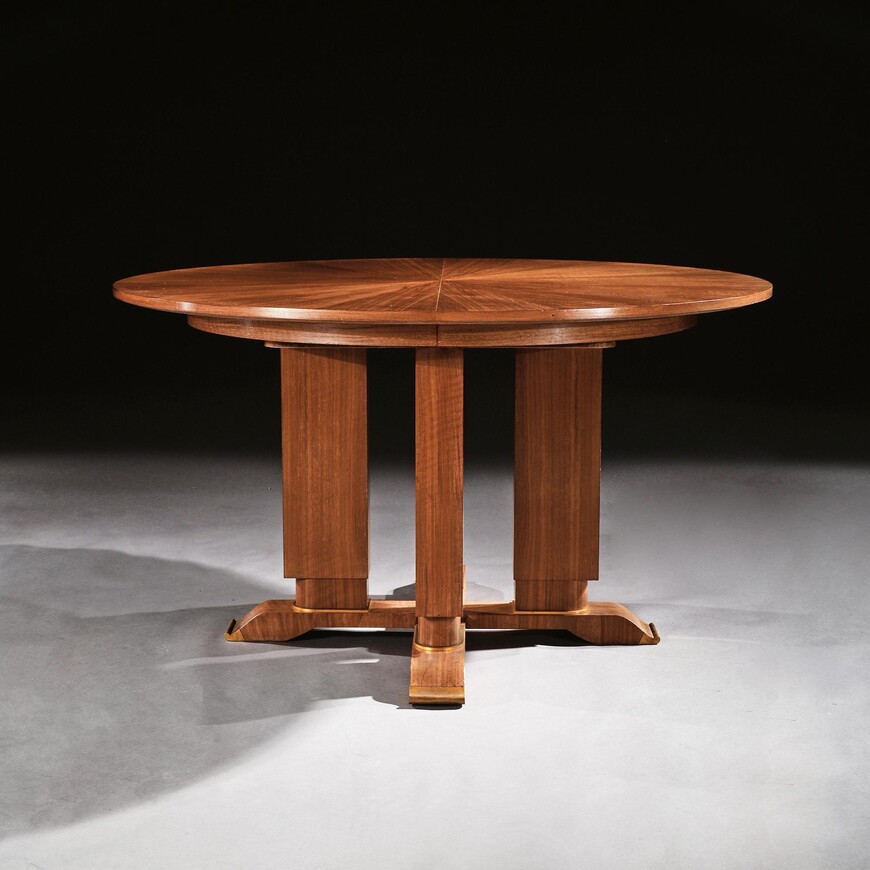 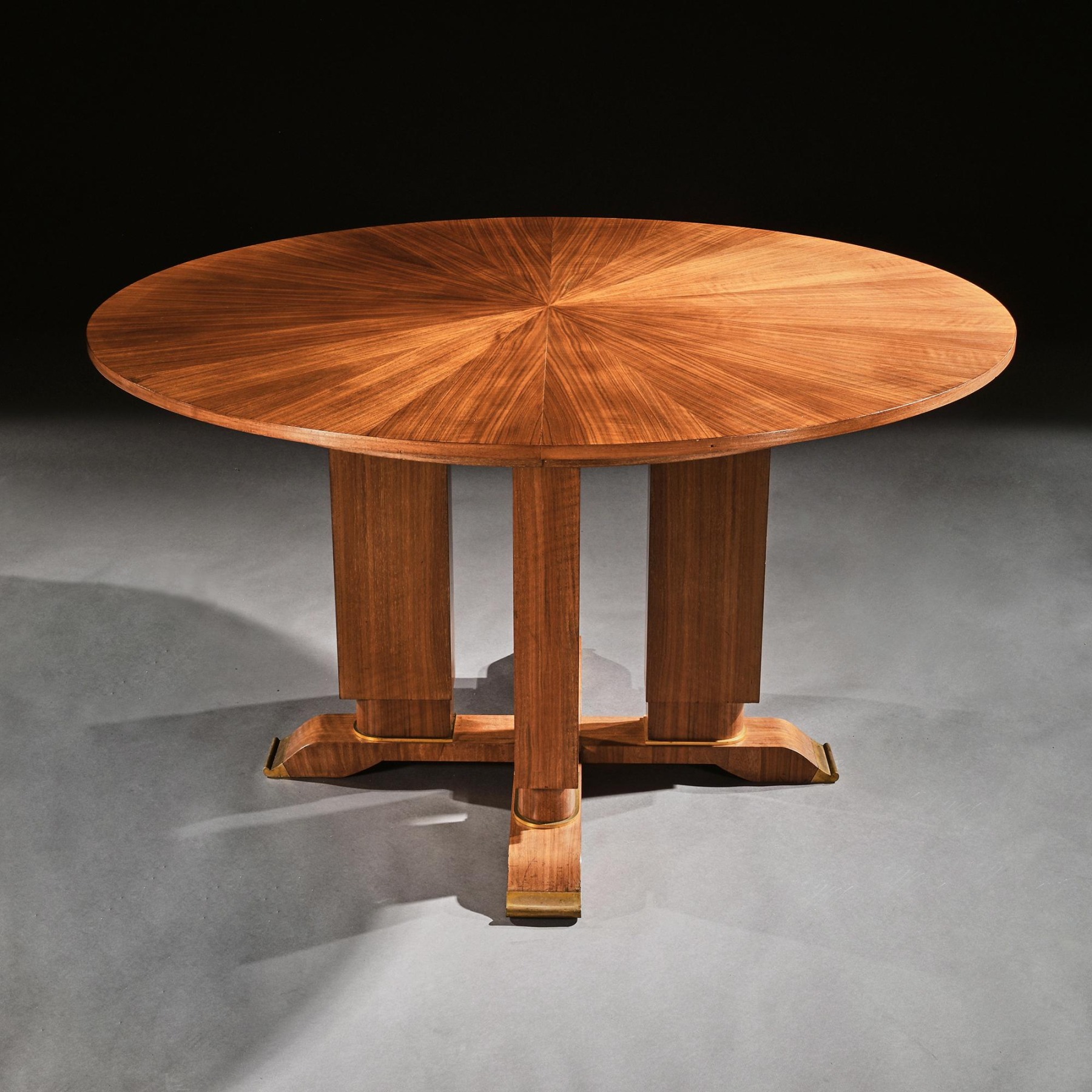 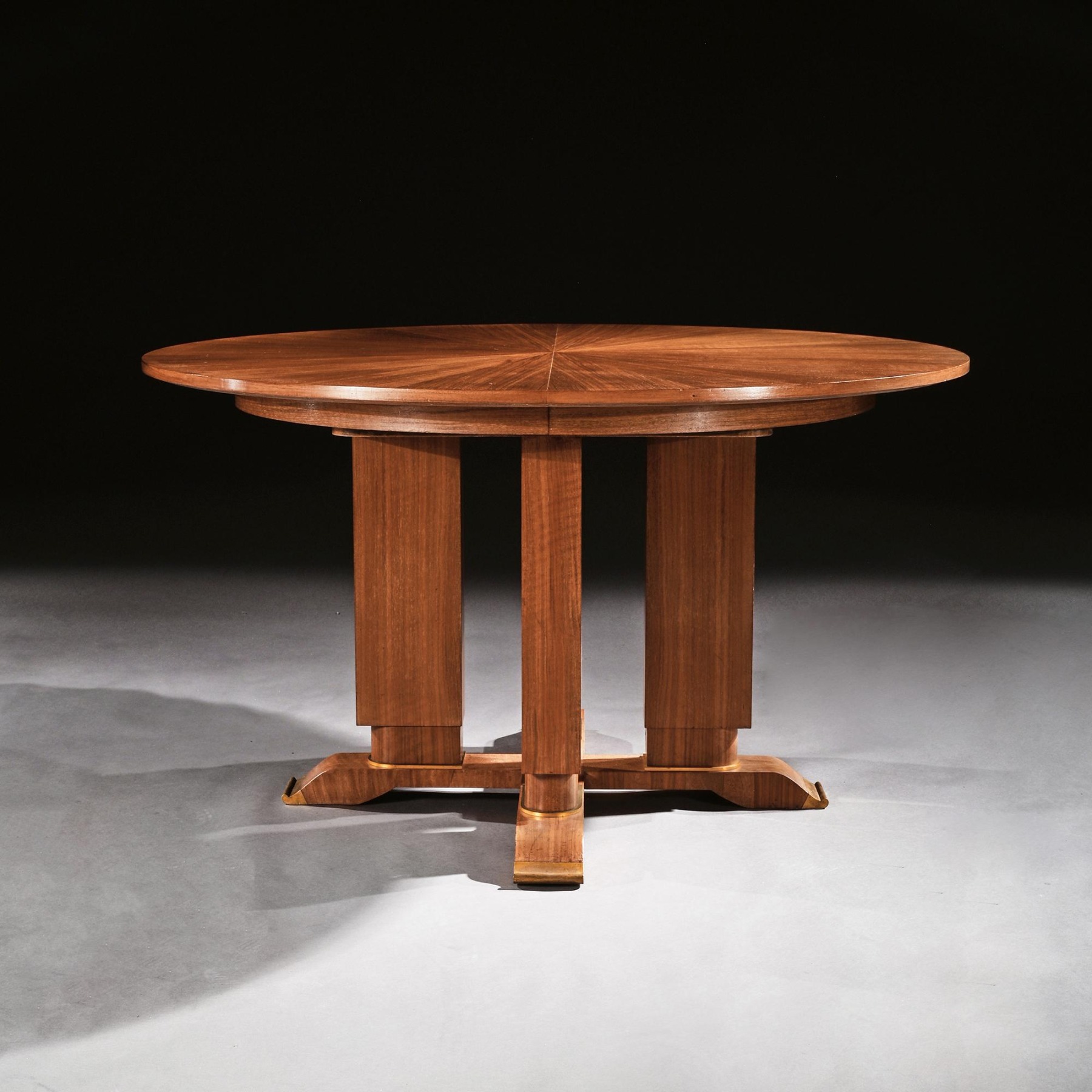 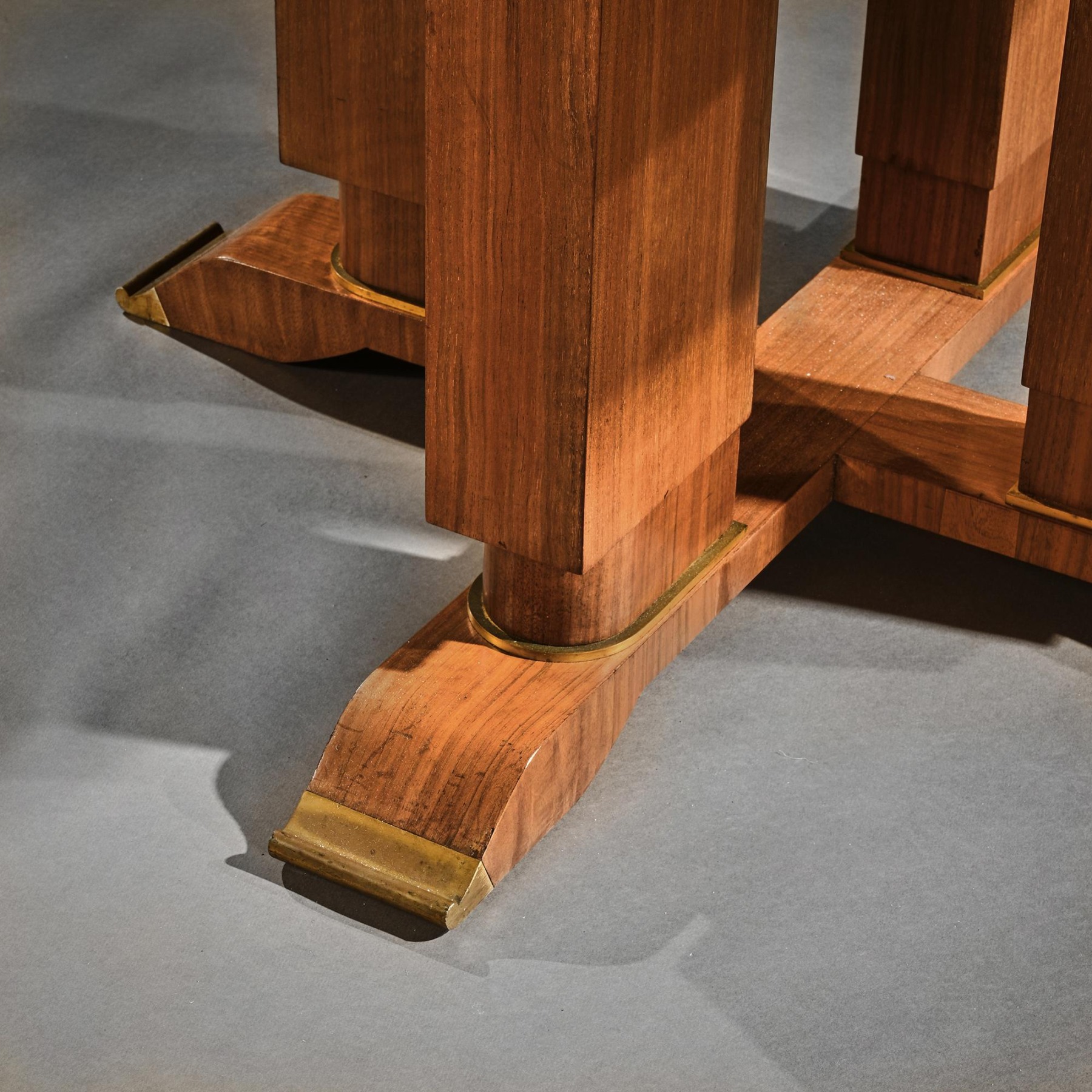 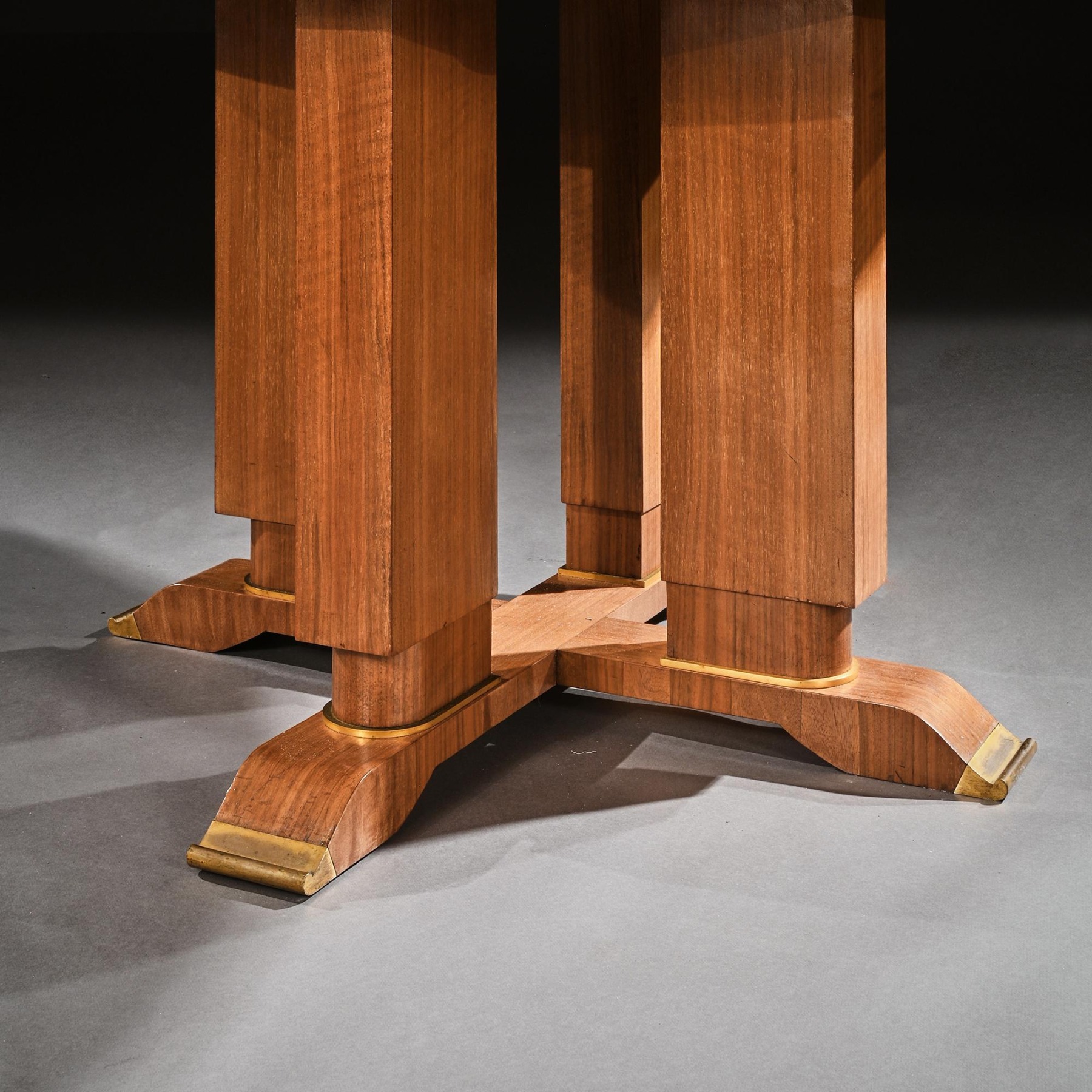 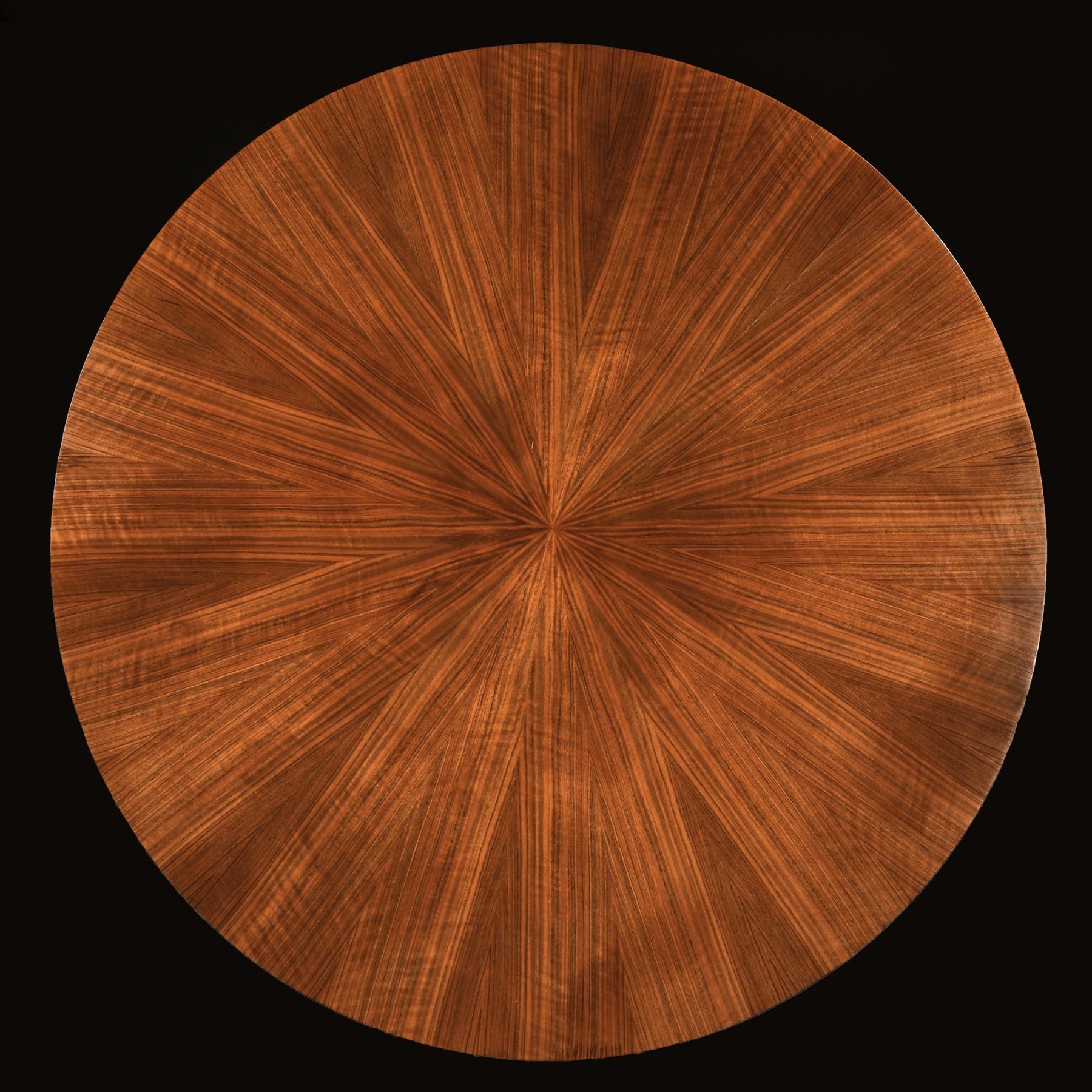 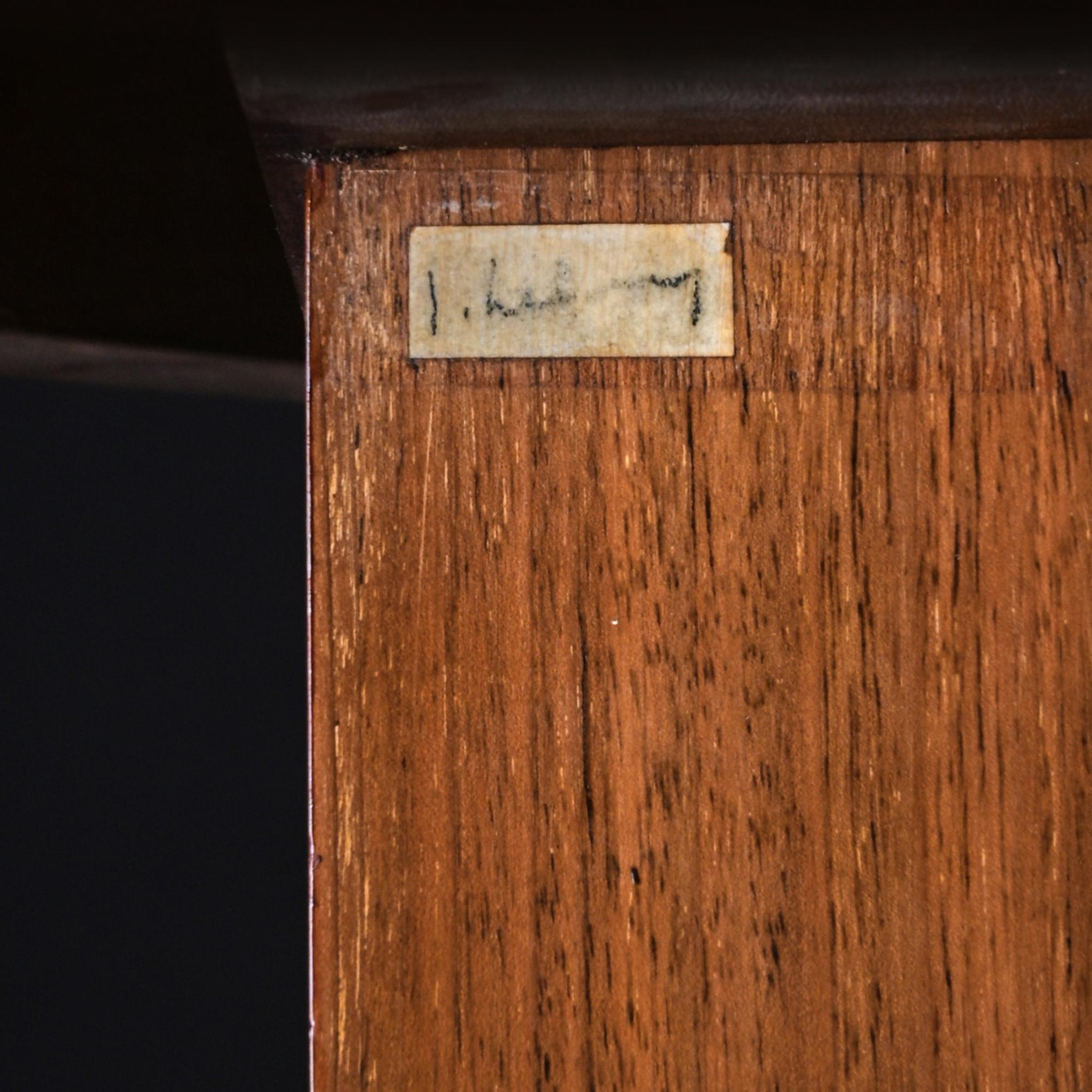 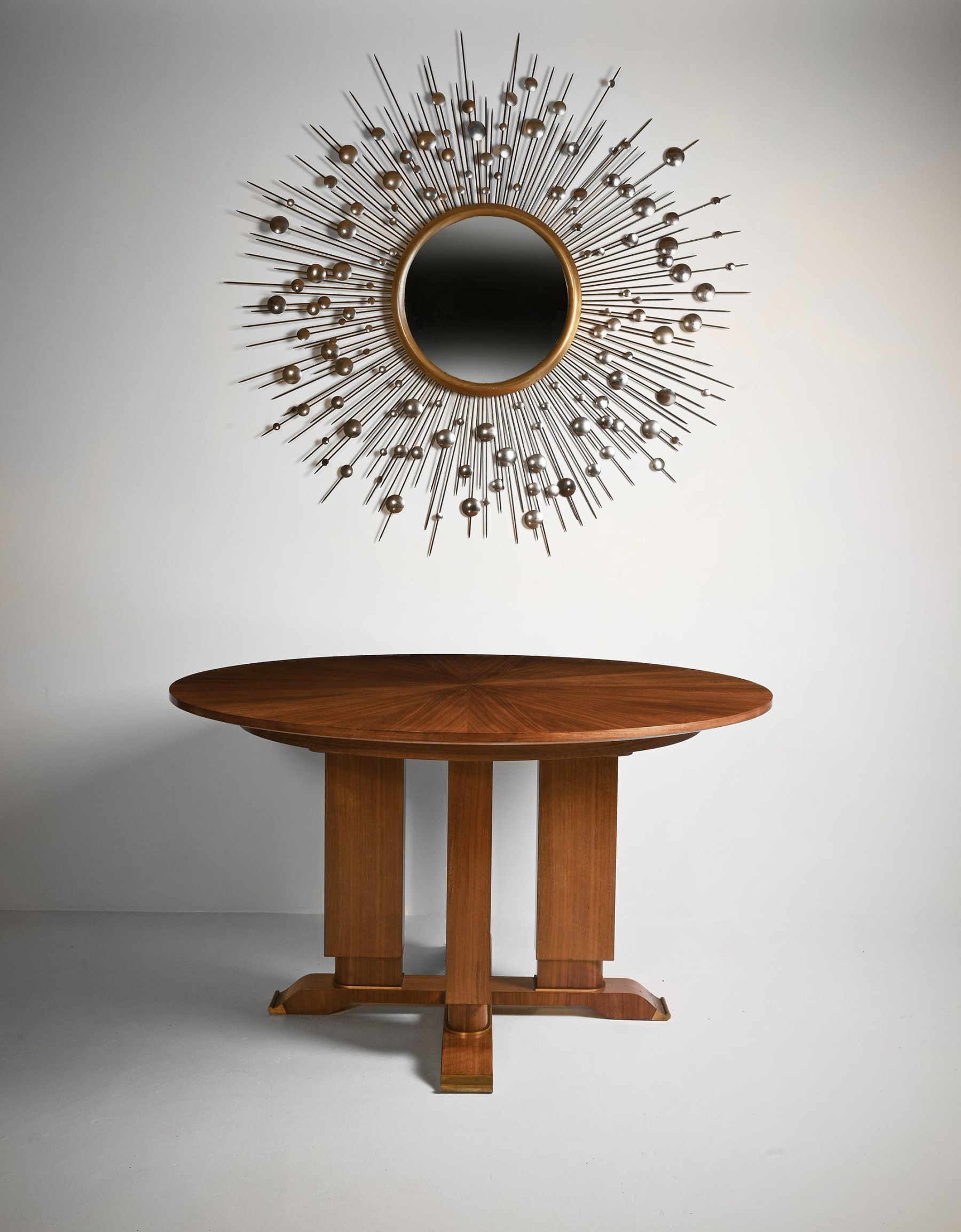 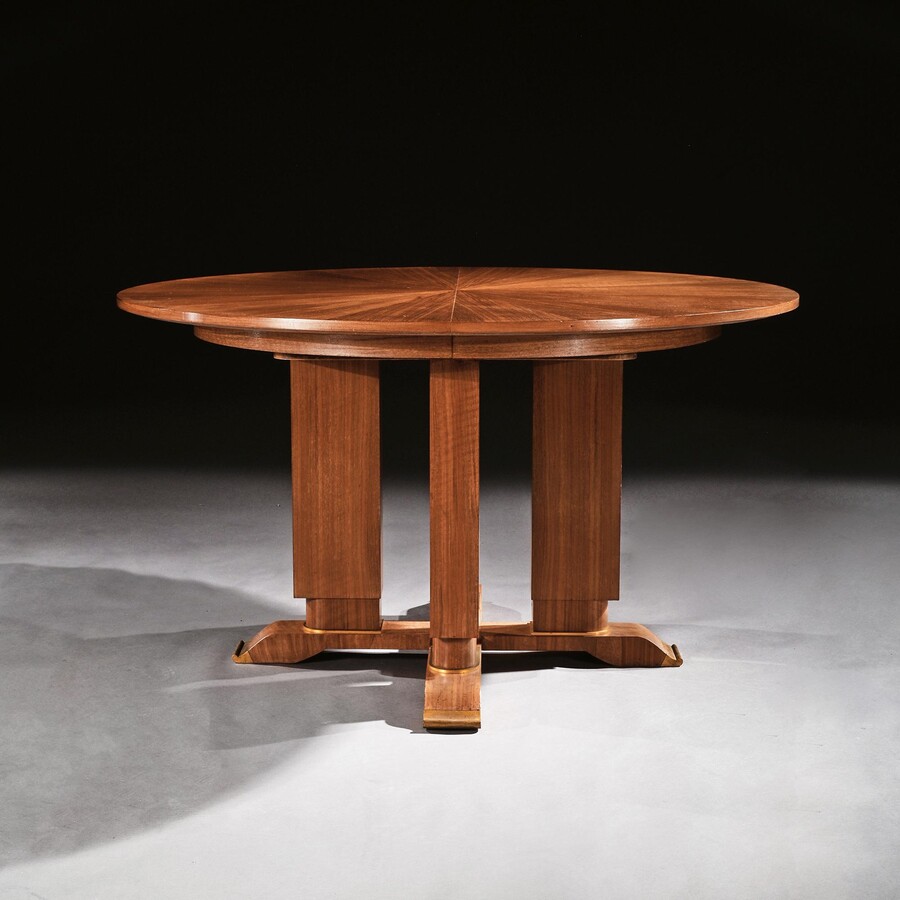 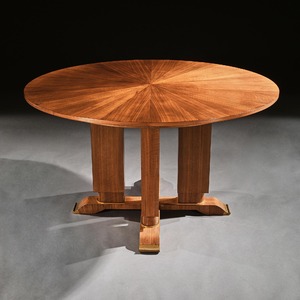 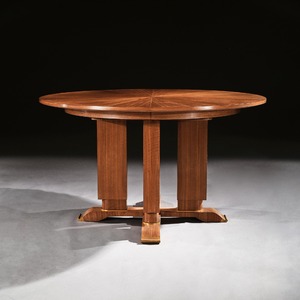 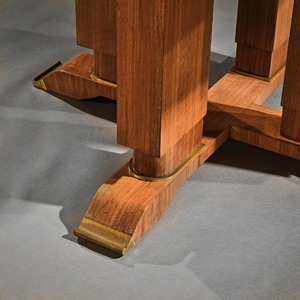 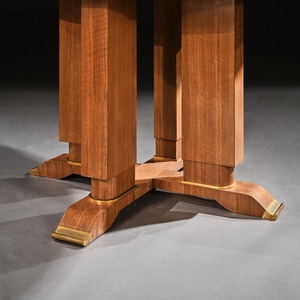 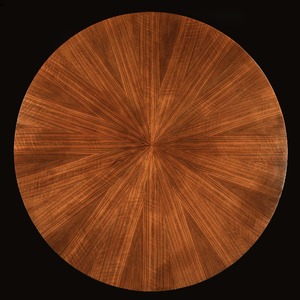 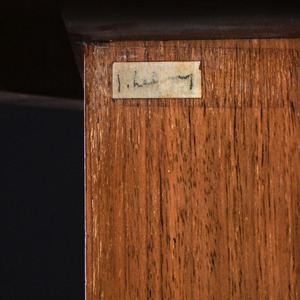 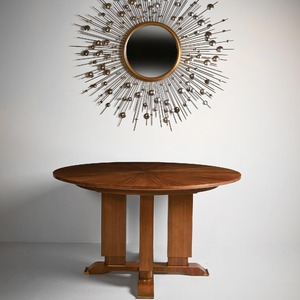 Finely constructed with choice cuts of straight grained European walnut, this large circular table known as guerdon is also an extendable dining table which has four drop down legs and can receive two extra leaves (leaves not present). The circular top veneered in a sunburst (lunette) pattern, with four rectangular supports each edged in bronze, all poised on a central cross-shaped support with four bronze tipped feet.

Signed on ivorine plaque by Jules Leleu himself.

In excellent condition having very good choice of veneers which have retained a wonderful colour. The centre leaves are not present so if desired would have to be reproduced, originally the leaves where extremely plain and unfinished so often discarded and not desirable.

This piece has particularly impressive provenance as it is signed by its designer, Jules Leleu who was of the one key authors of the Art Deco movement. His family firm of Maison Leleu had existed since the eighteenth-century and he helped to guide it through much of the twentieth century.

Leleu is celebrated for his conception of refined furniture forms and precision craftsmanship. His furniture is generally spare and sleek. He made significant use of opulent materials that were a keynote of haute Art Deco design and favoured the use of woods with warm tones, such as amboyna, Macassar ebony, and as on this piece, walnut, all of which imparted richness and elegance. He had his own distinctive and sophisticated style, often sober and reflective of traditional French furniture design, but also modern in line and use of materials, and always in excellent taste.

The term ‘guéridon’ originated from France in the mid-seventeenth-century  and originally described a small table, usually circular, which supported some form of light, such as a candelabrum. Leleu has carried this theme through to the modern age by fully exploiting the beautiful natural grain of the wood to create a spectacular sunburst (or lunette) design for this table top. The sunburst was a major motif in Art Deco design which was characterised by its celebration of modern life and exuberance. It would therefore make a wonderful dining room centrepiece, perfect for entertaining friends and family.