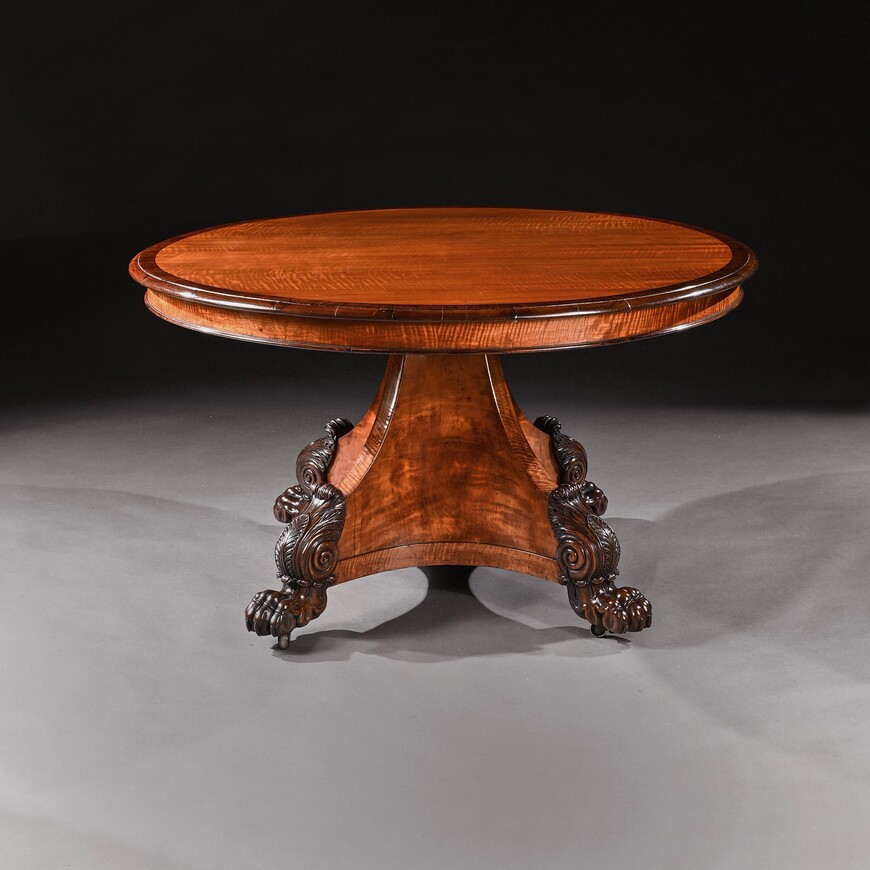 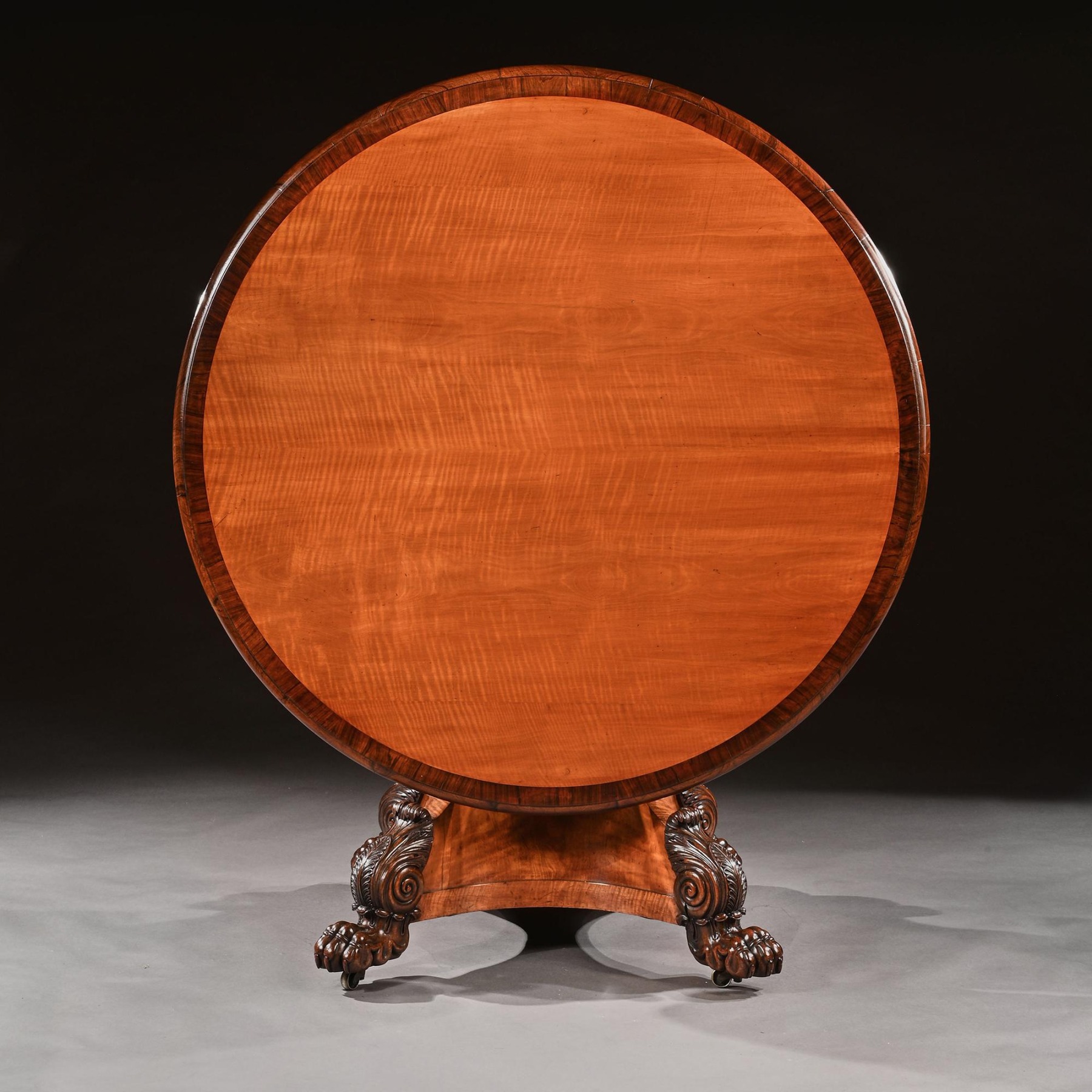 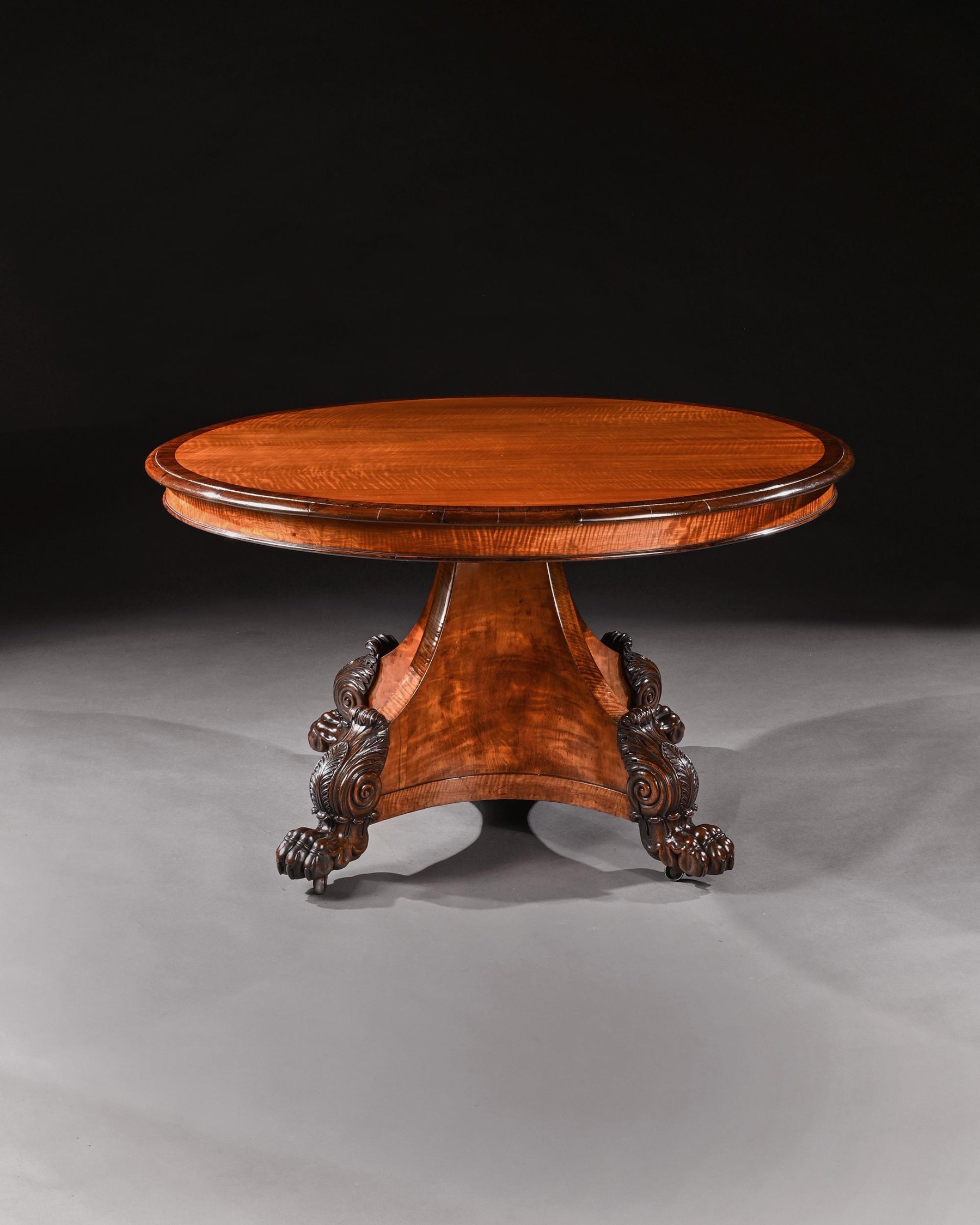 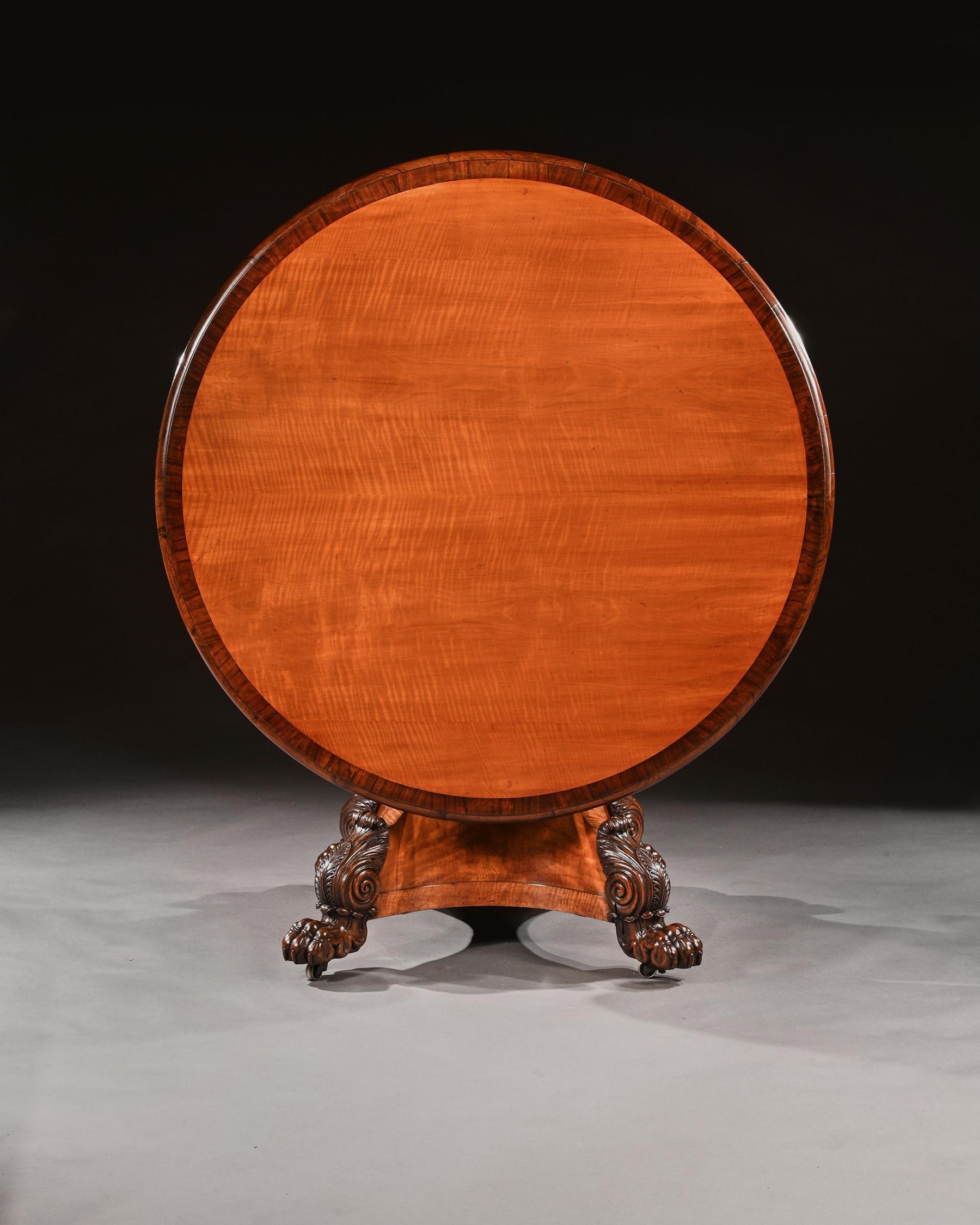 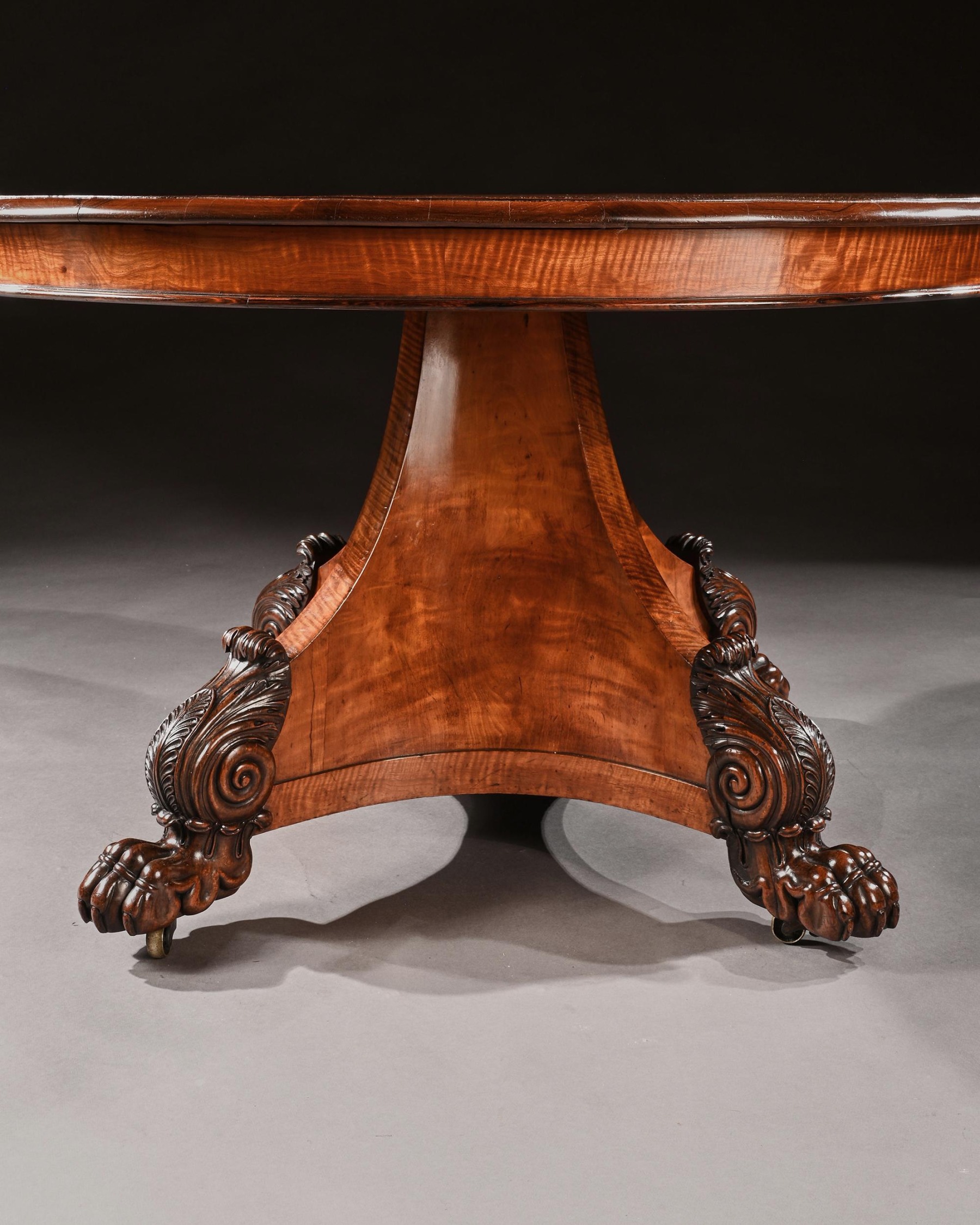 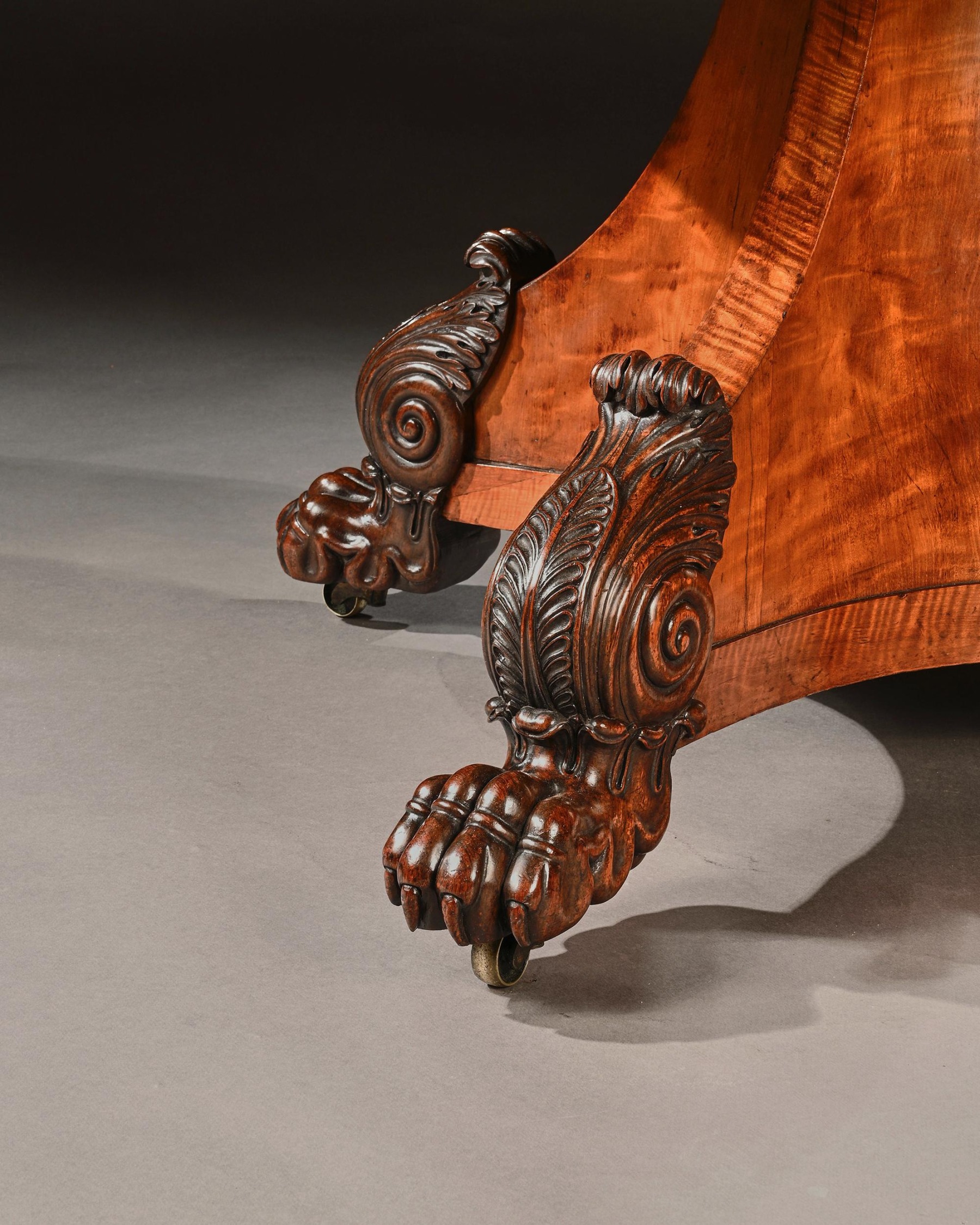 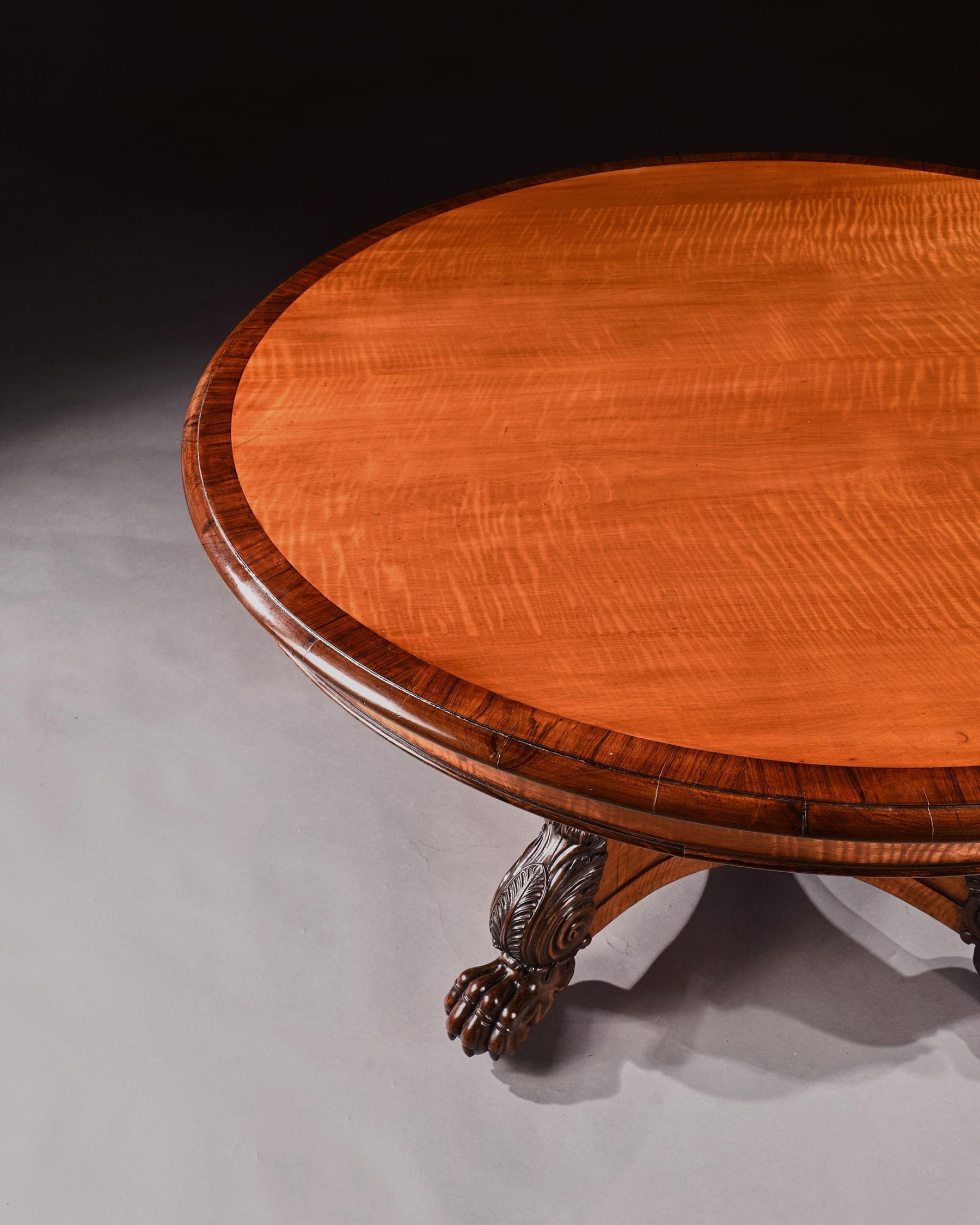 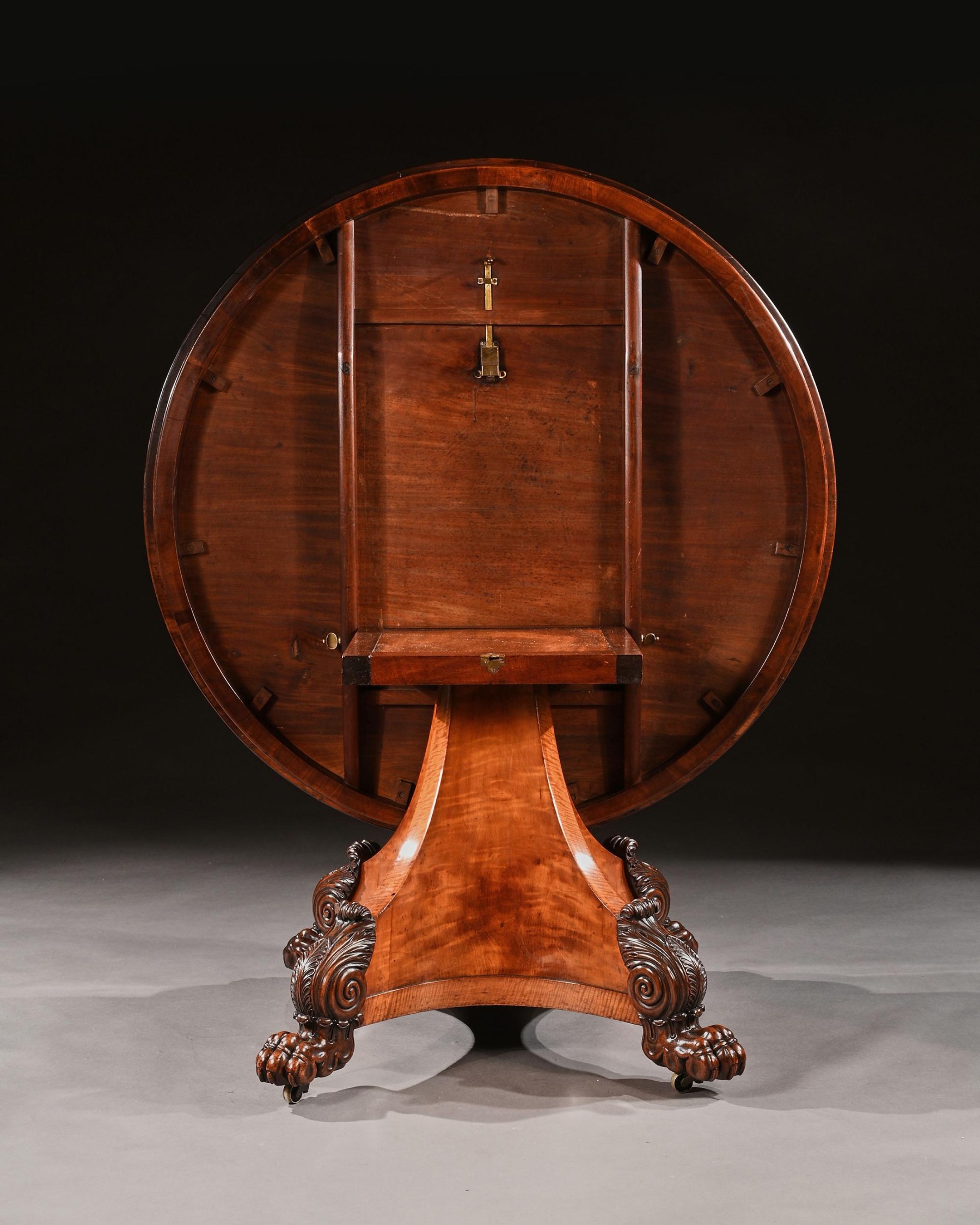 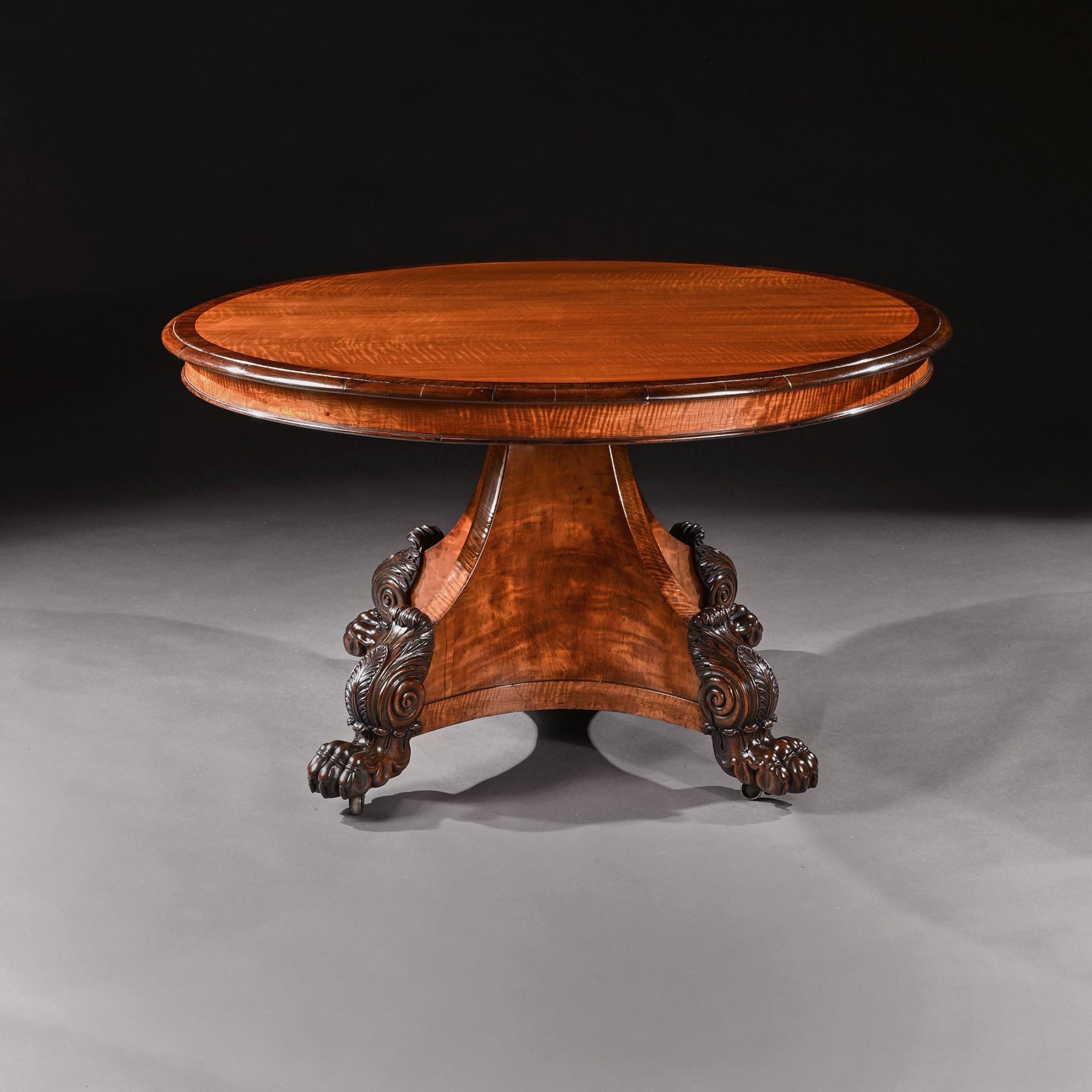 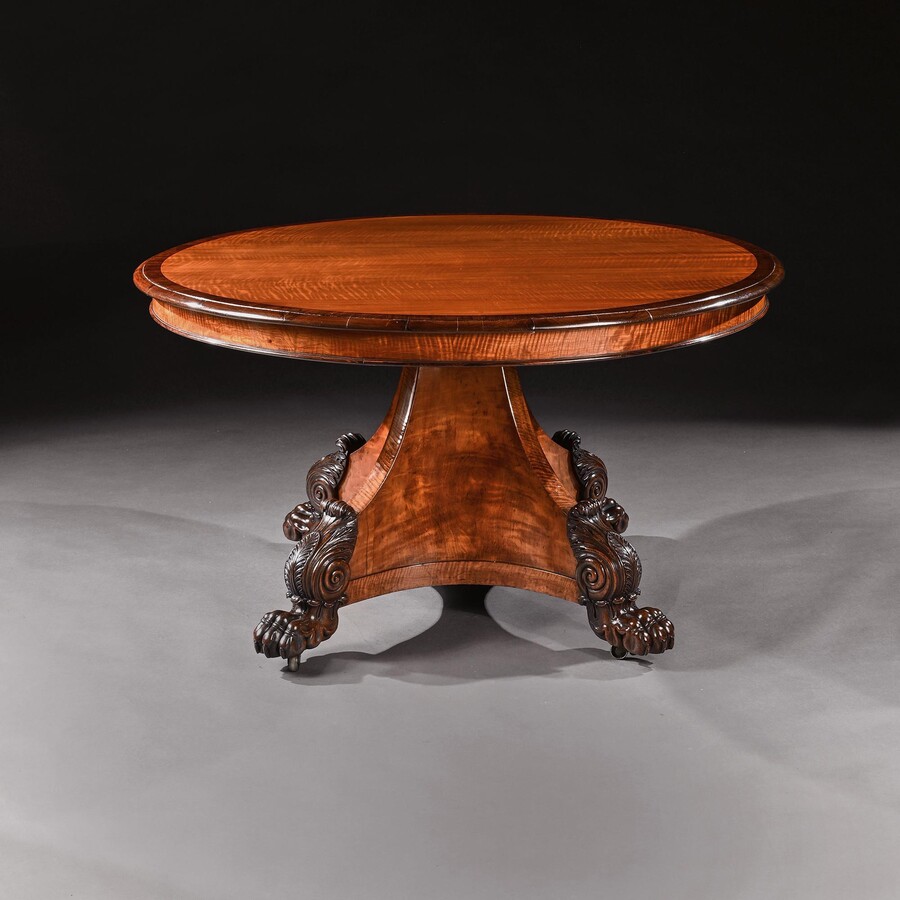 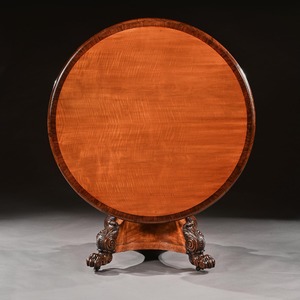 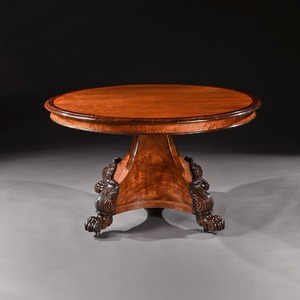 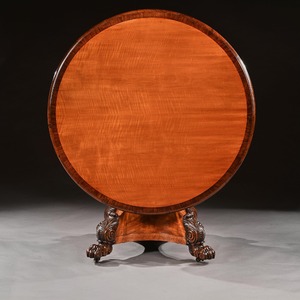 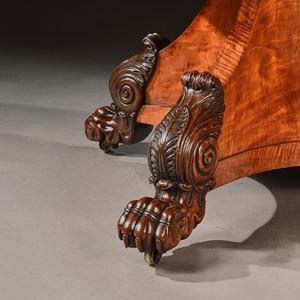 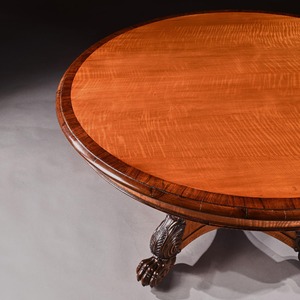 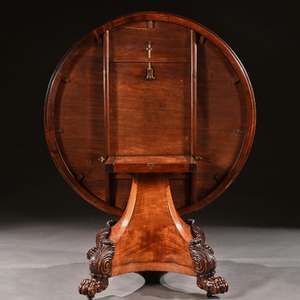 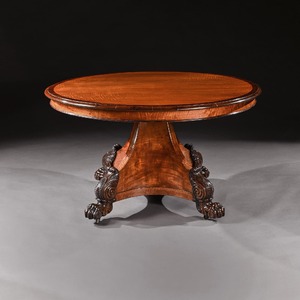 A very fine table with wide cuts of satinwood which would have been extremely expensive in the early 19th Century. Inspired by the French Empire design as viewed through the lens of English Regency, in particular the designs of Thomas Hope of 1807, along with the construction all point to Henry Thomas Peters being the maker, active in Genova around 1820 to 1850, being one of the leading cabinet makers of the period obtaining the title of ‘cabinetmaker of his Majesty’.

Henry Thomas Peters’ English antecedents remain obscure although he probably began his career in England. However, he is not listed in Beard and Gilbert’s Dictionary of English Furniture Makers 1660-1840. He arrived in Genoa in circa 1817, and by 1824 had established a workshop in Via Balbi, a neighbourhood in which the Royal Palace and other noble residences were located; today some of his works are preserved in the Palazzo Rosso, Genoa and were probably bequests from the various aristocratic families for whom he worked, including the Brignole Sale family.

Peters was appointed by the Court of Savoy and produced furniture for their palaces in Turin, Genoa and Racconigi including the Palazzo Reale. Notably, in 1841, furniture for the wedding of Prince Vittorio Emanuele. In 1846, Peters and his extensive workshop won the silver medal at the Esposizione dei Prodotti e delle Manifatture Nazionali.  As pointed out Peters was famed for producing furniture with the technical accuracy typical of English but adapted to the late Italian Empire style.

This is a fine and rare table which would grace any home or collection.