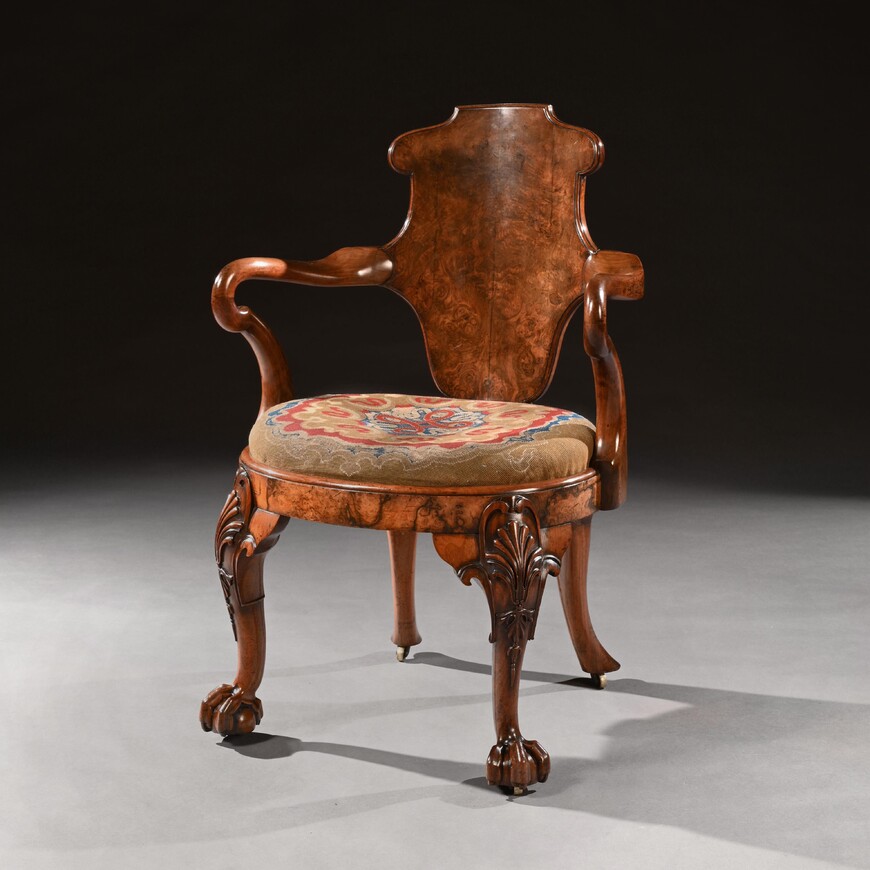 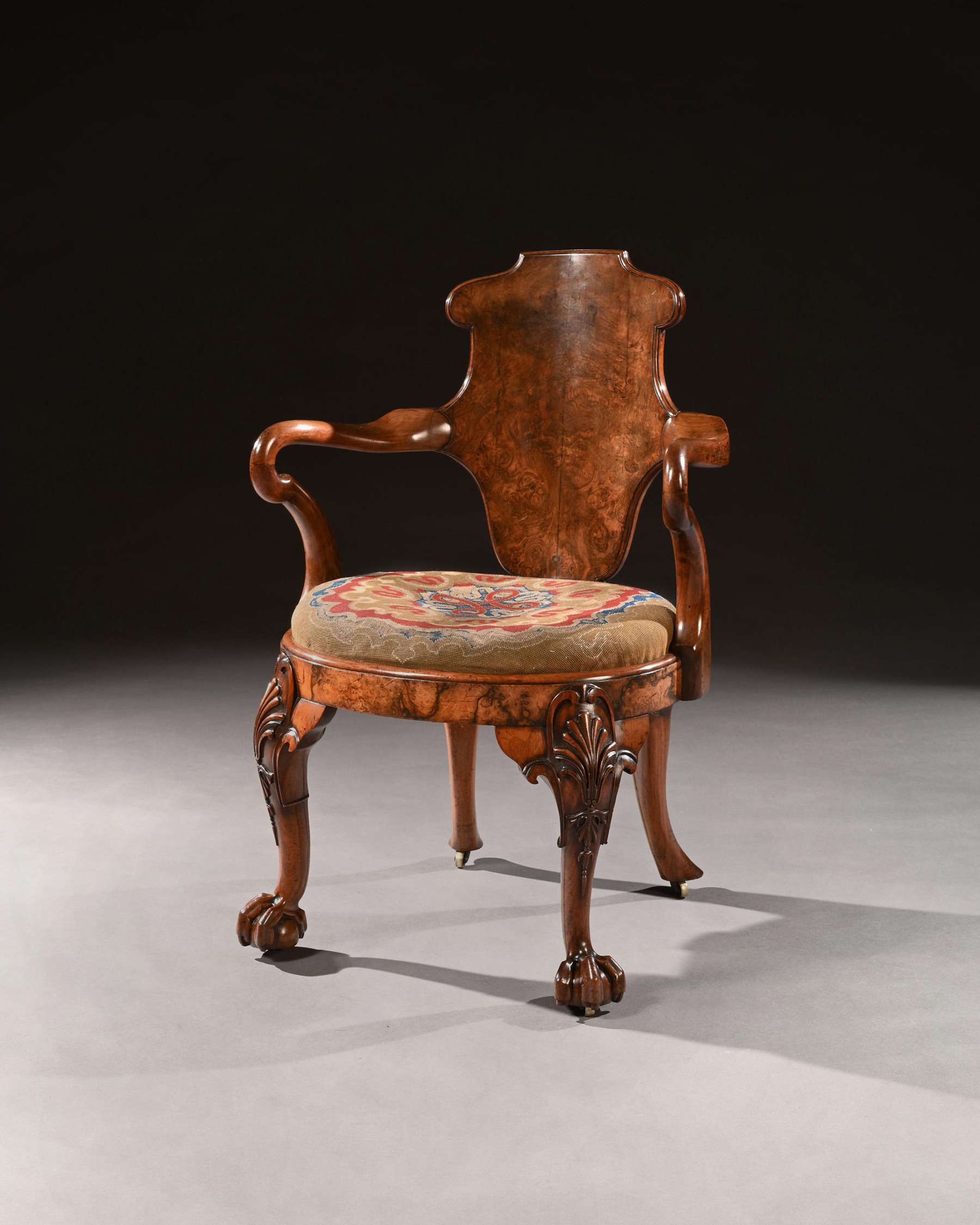 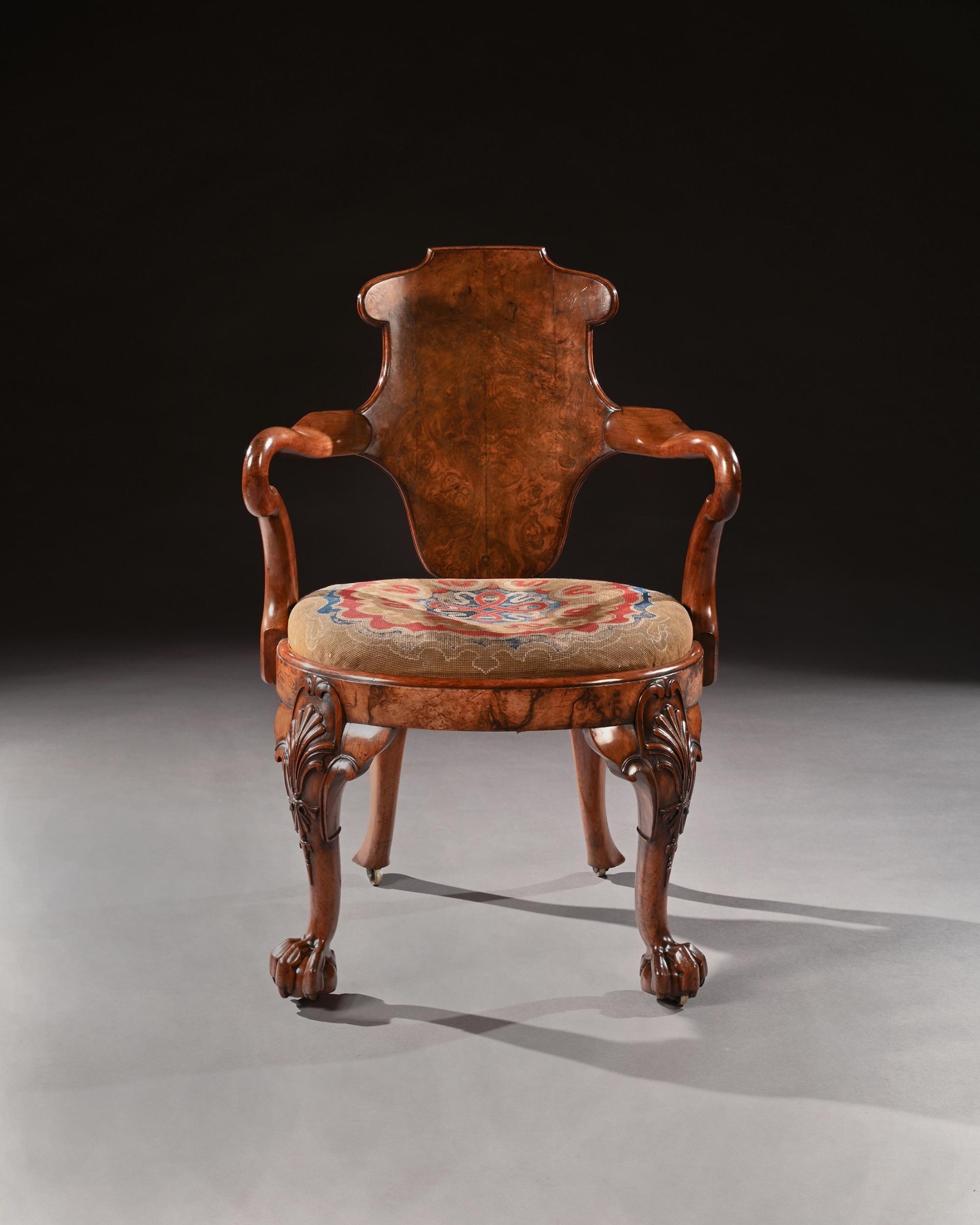 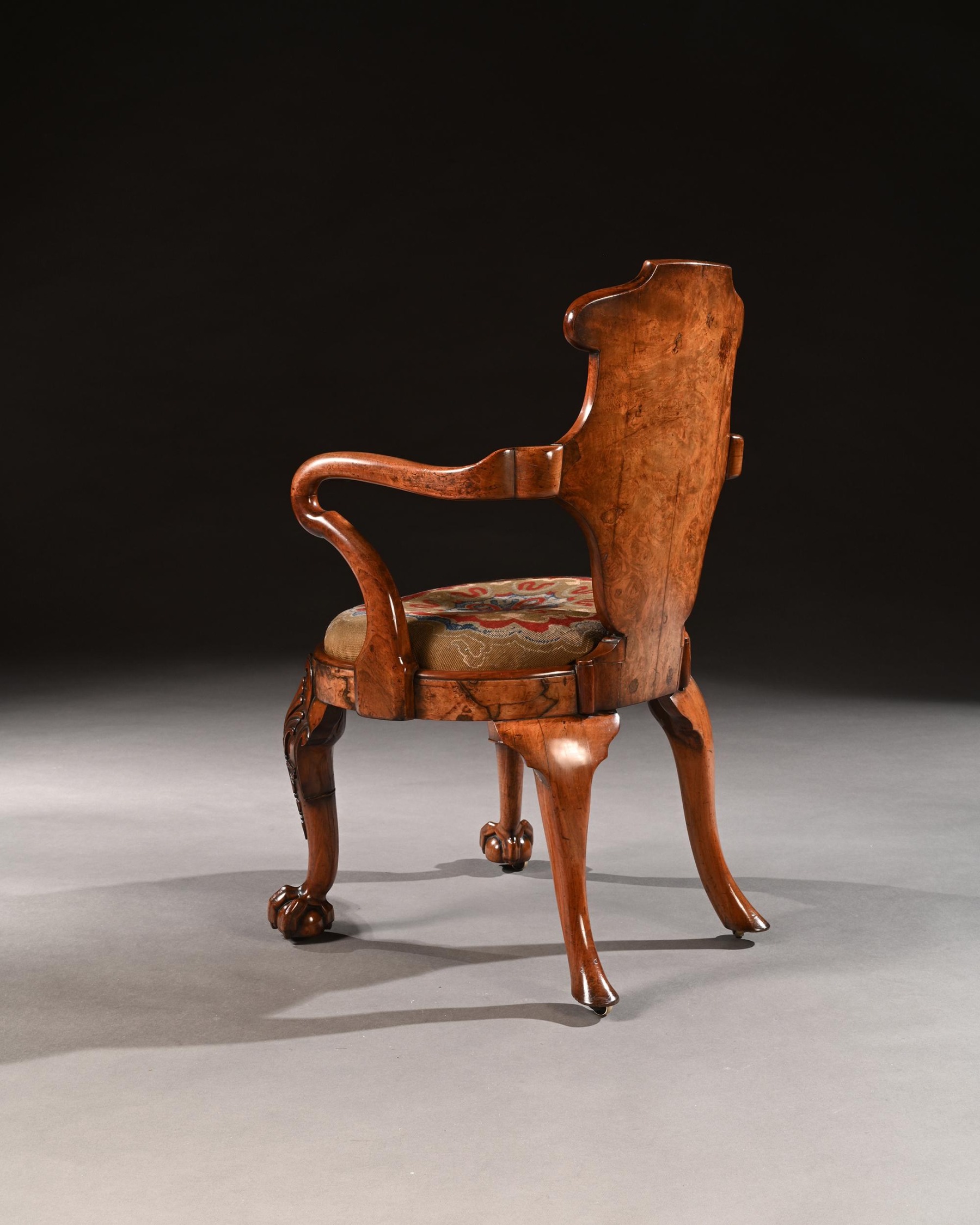 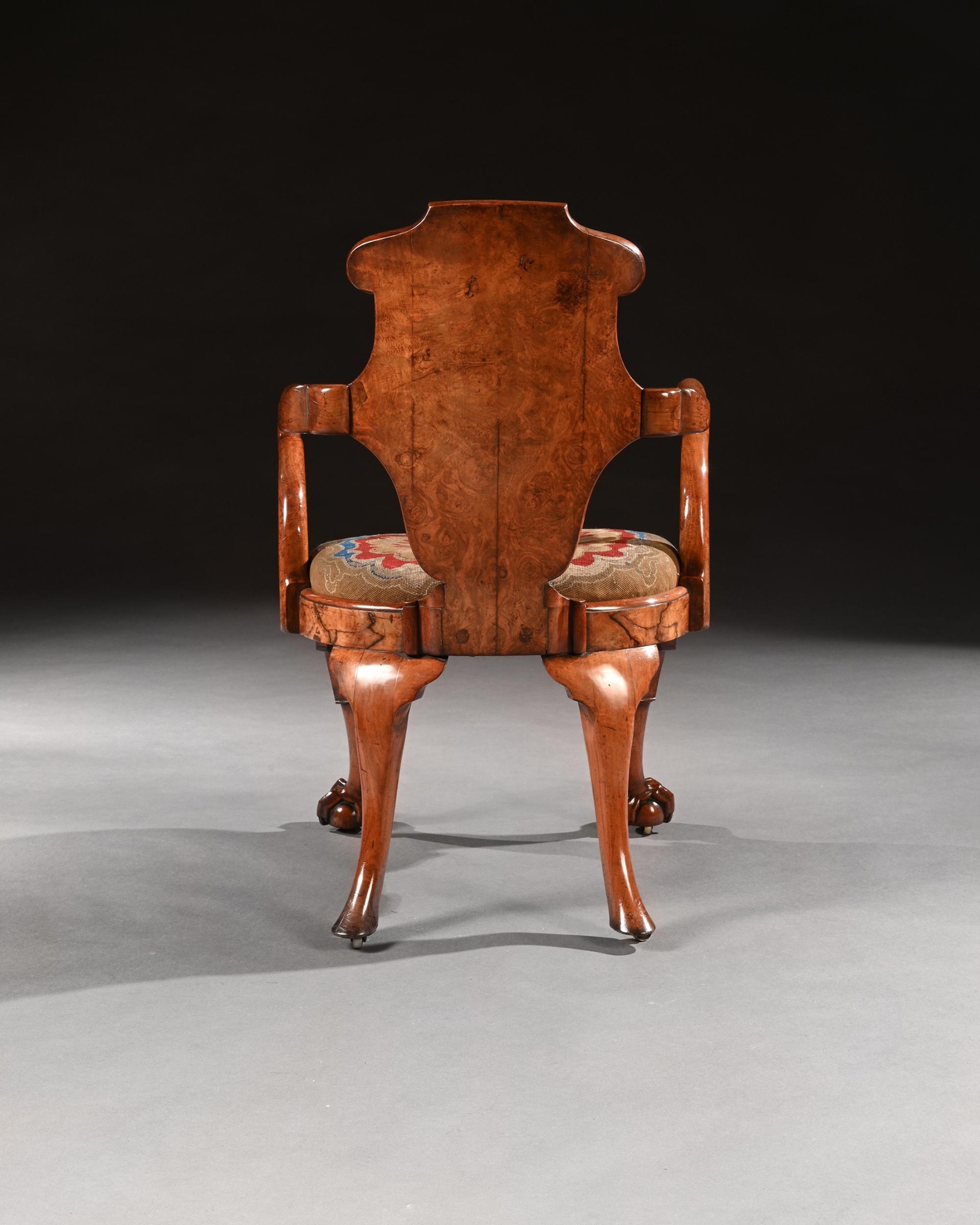 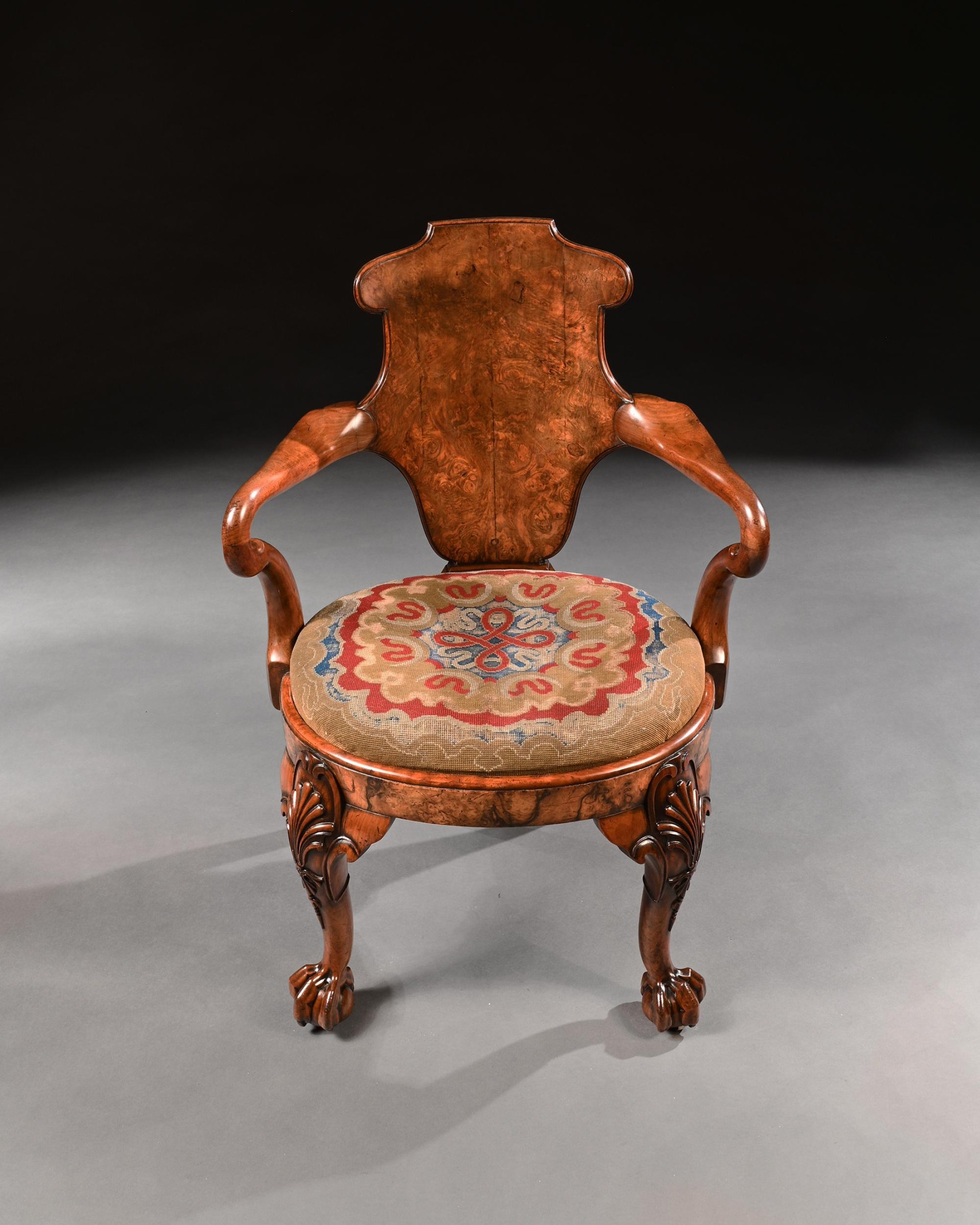 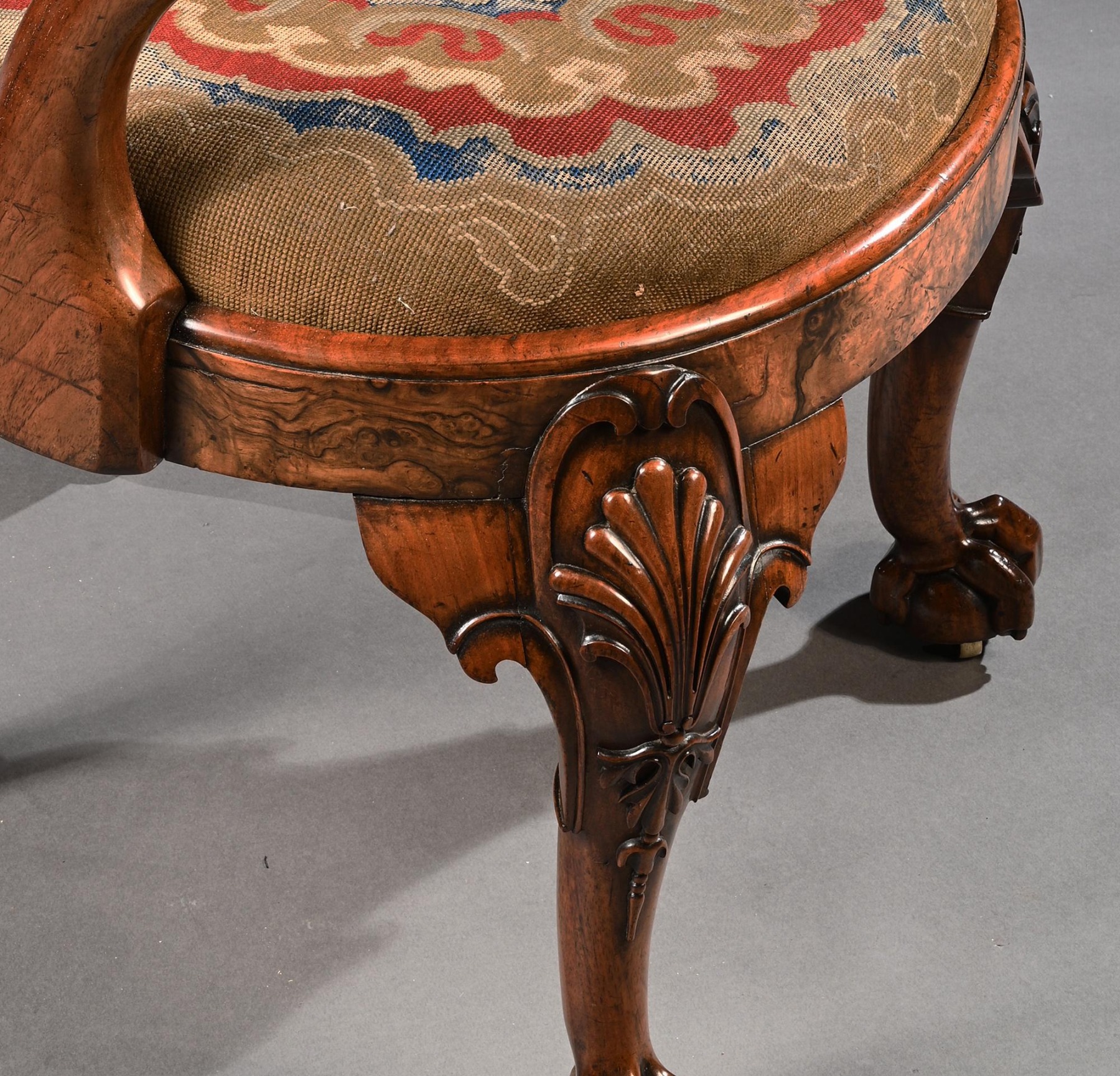 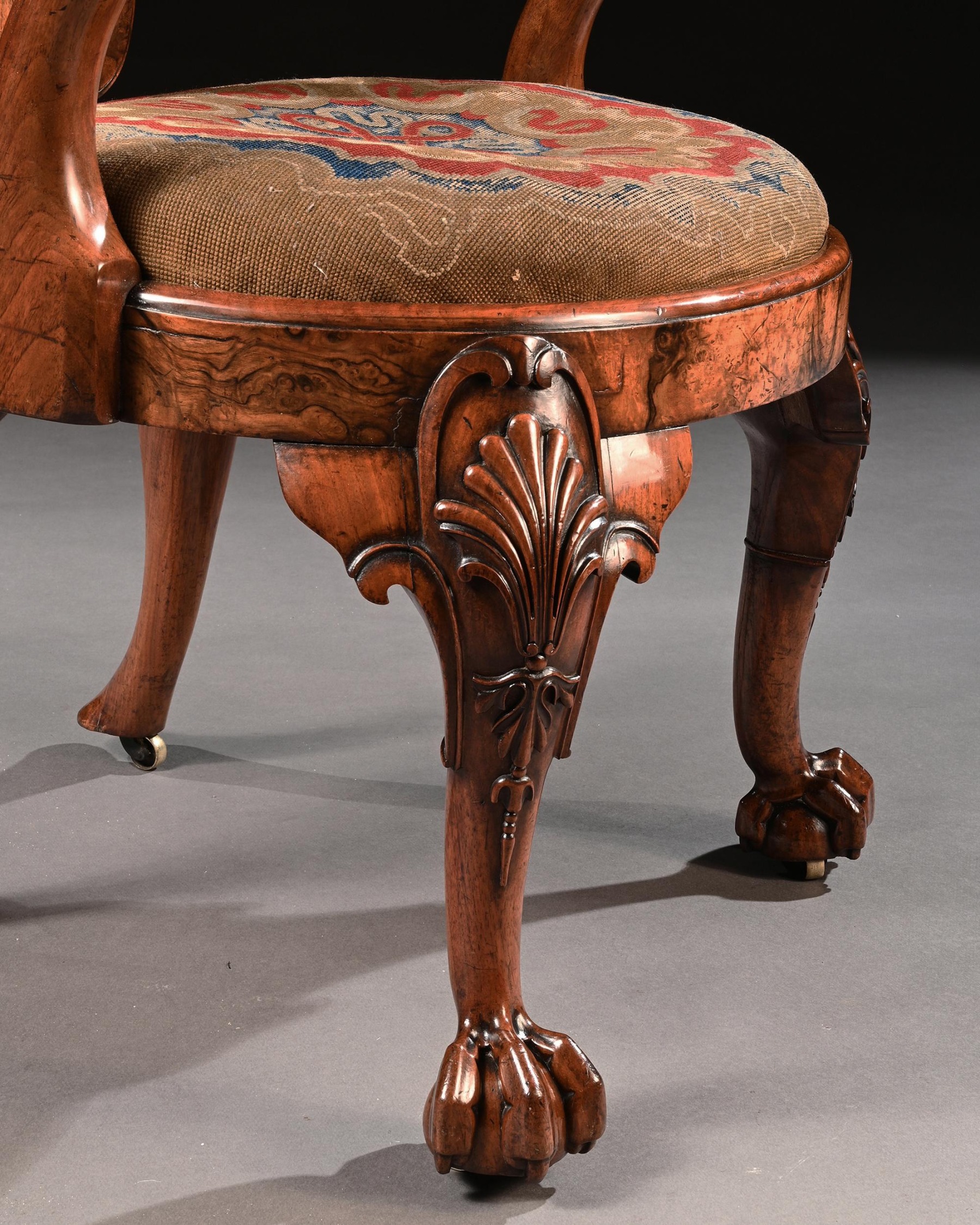 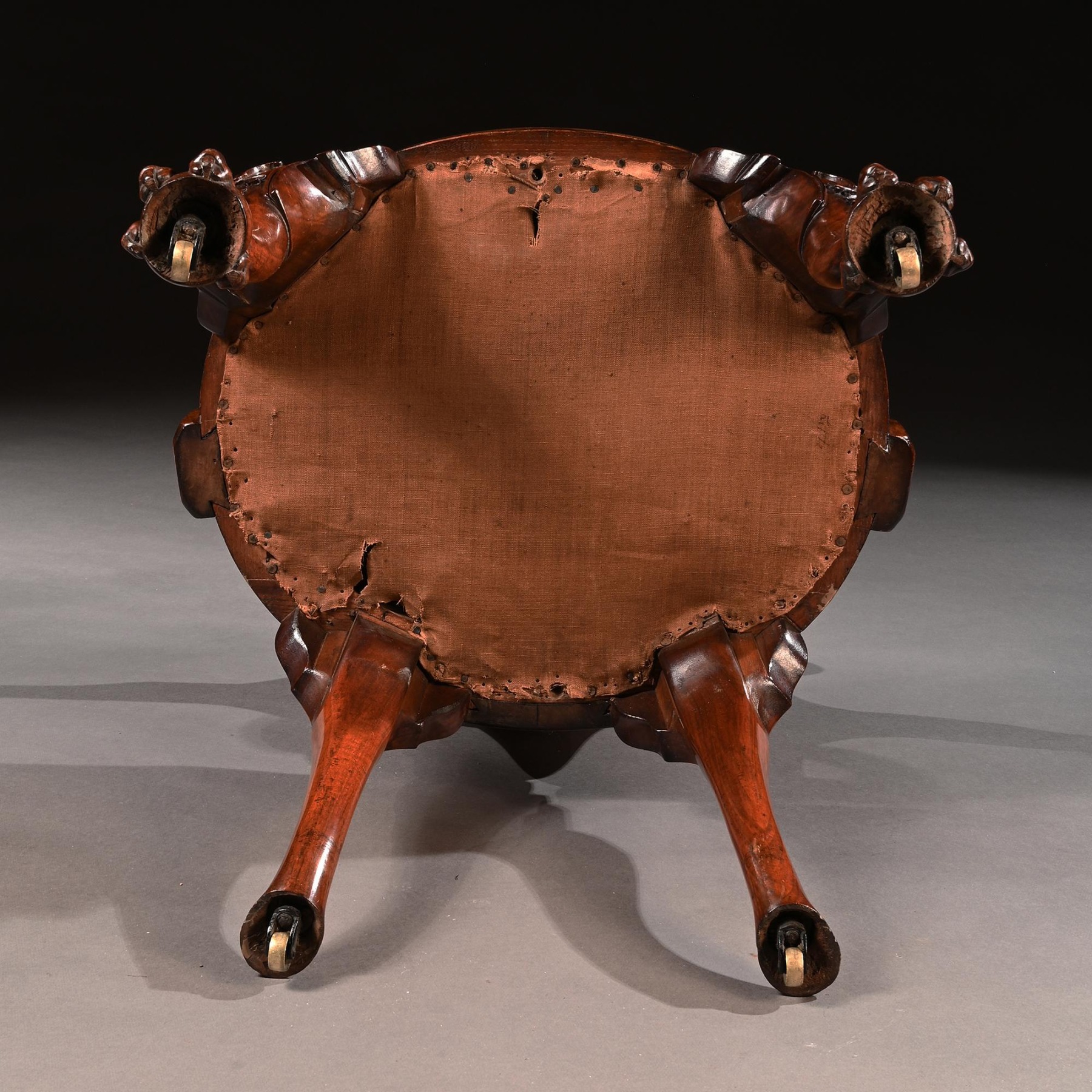 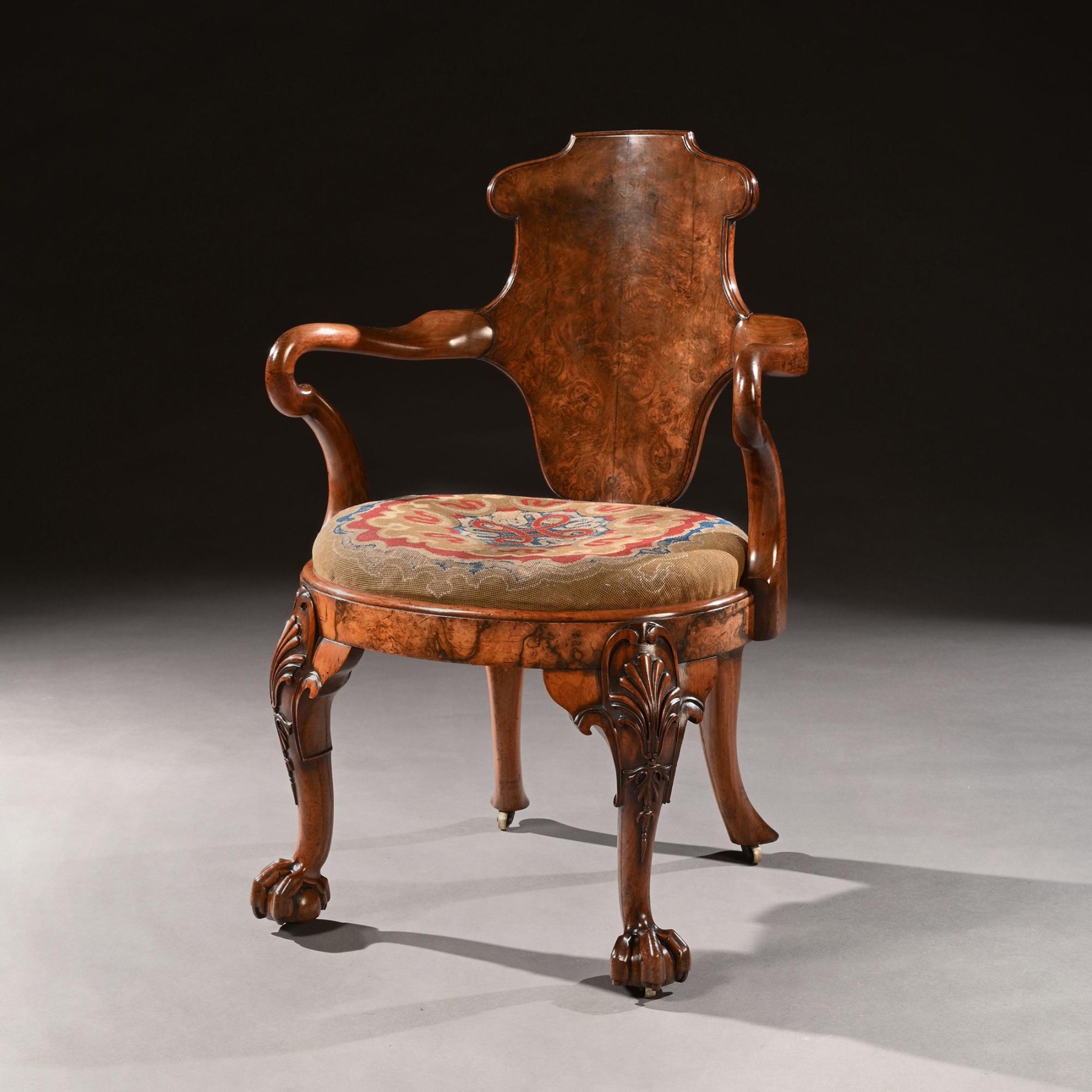 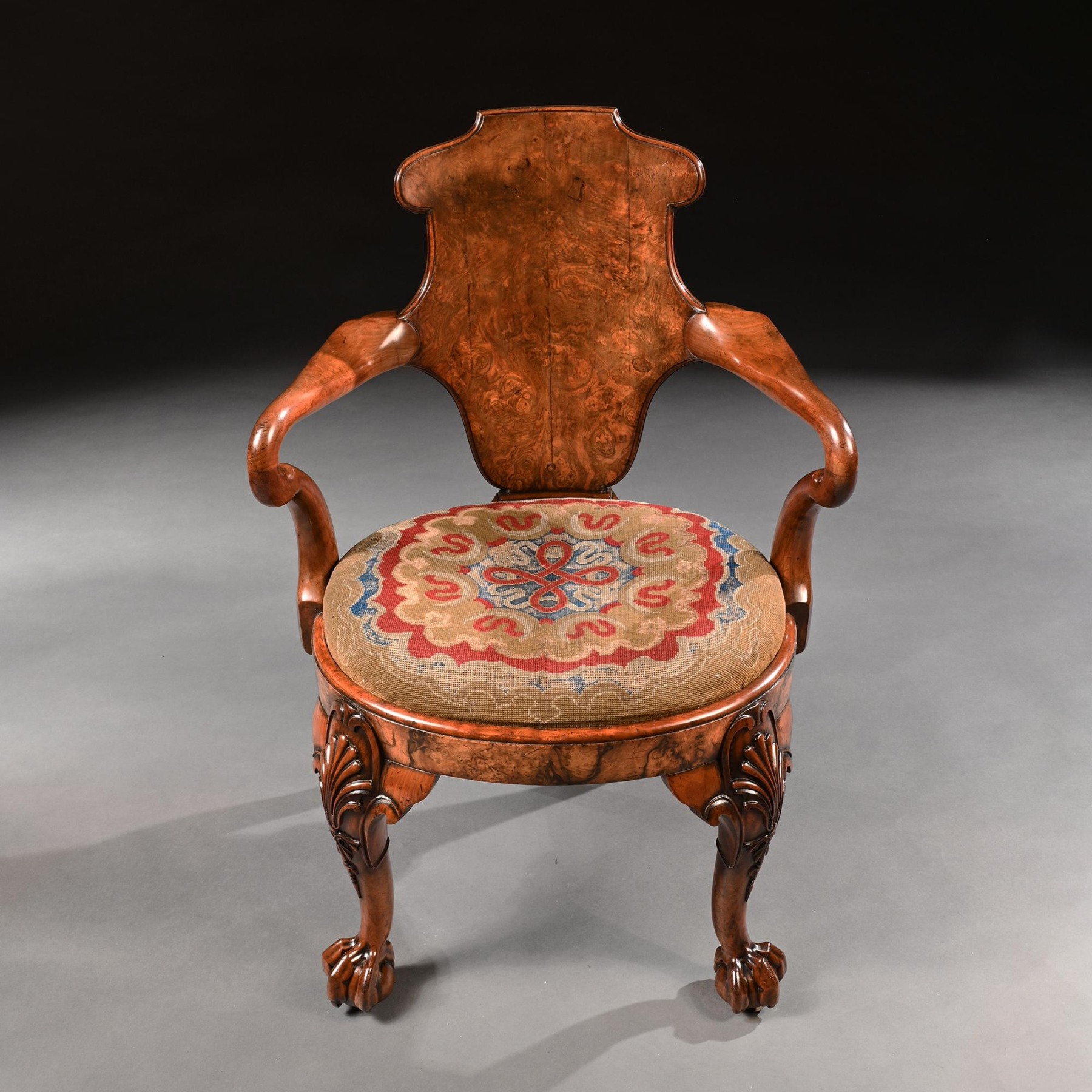 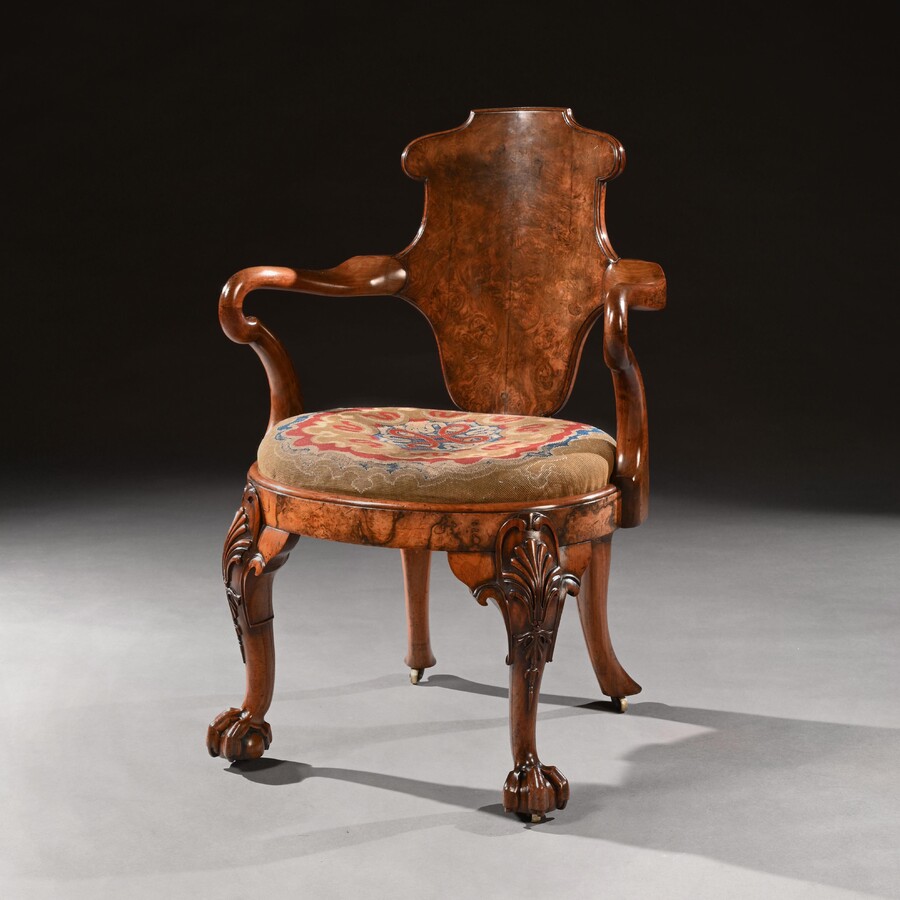 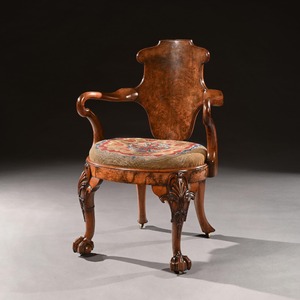 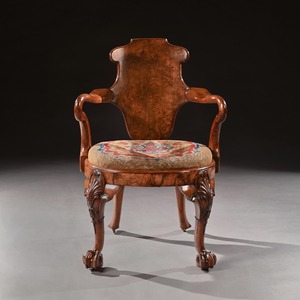 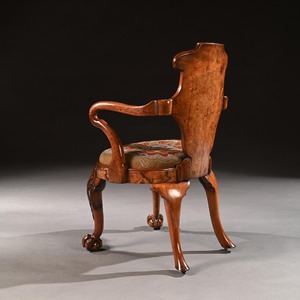 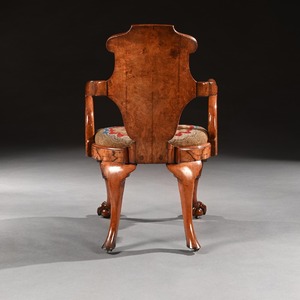 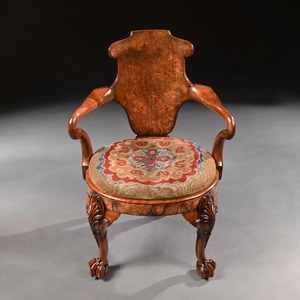 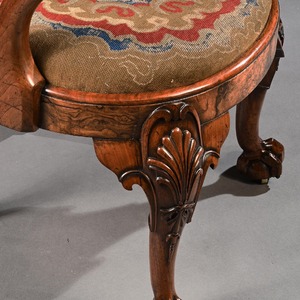 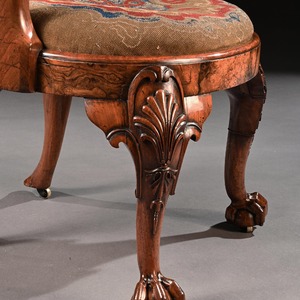 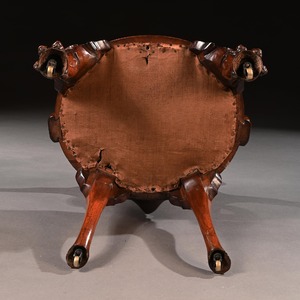 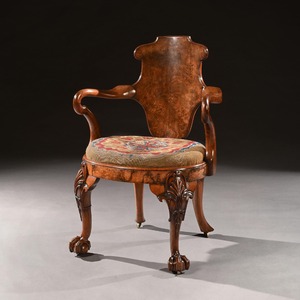 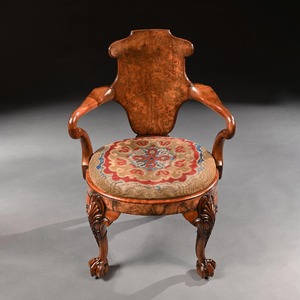 The channeled cartouche shaped (also known as escutcheon shaped) incurved back above shepherds crook arms, the stuffed slip in seat covered in needlework above a figured walnut veneered seat rail and hipped cabriole legs headed by palmettes and C scrolls finishing on ball and claw feet with the original recessed hidden castors.

Offered in excellent original condition having a wonderful natural colour and patina.

As noted below a collectors piece….

Designed in the George IV 'Old English' style, this library chair derives from a George II chair at Boyton House, Wiltshire (P. Macquoid and R. Edwards, The Dictionary of English Furniture, 1927, vol. I, p. 237, fig. 91). This pattern of chair was revived in the early part of the nineteenth century, listed in the Gillows' Estimate Sketch Book of 1827 (see Gillows Archives, Westminster City Archives, E.S. 3603) and executed in a variety of woods - including mahogany, walnut, yew and elm.

Chairs of this pattern have been keenly sought by connoisseurs of English furniture, including a pair in yew and elm, formerly in the celebrated collection of Percival D. Griffiths FSA (d.1938), and subsequently owned by Frederick Poke (d.1974). This pair was later sold from the collection of Benjamin F. Edwards III, Christie's New York, 26 January 2010, lot 230 ($30,000).