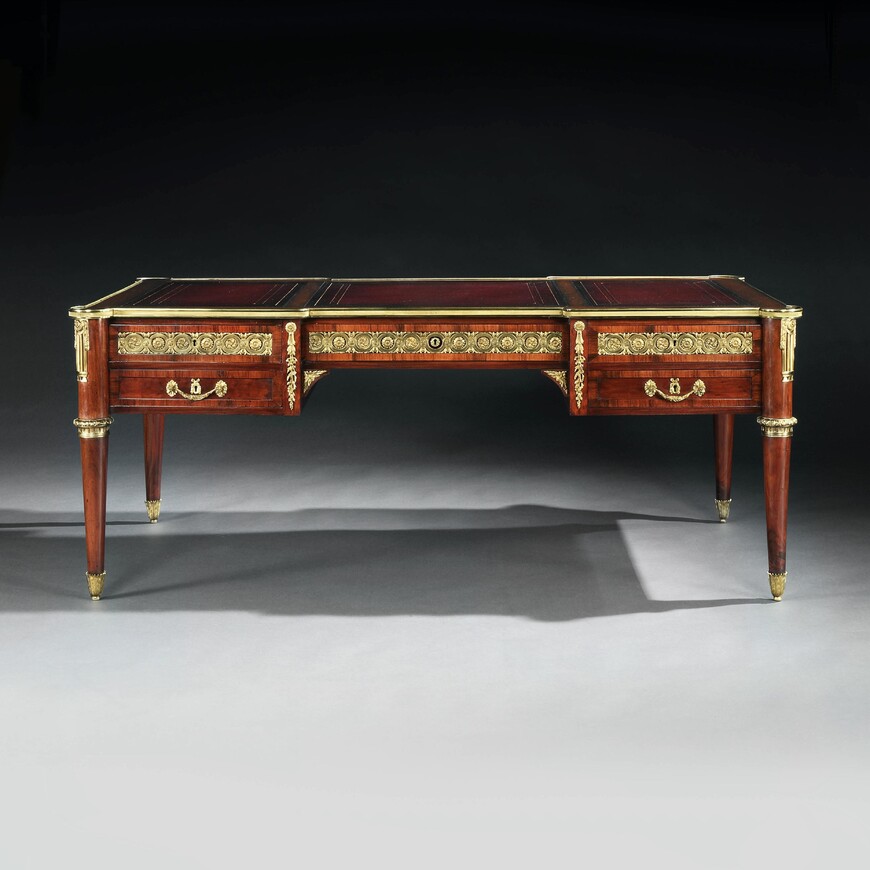 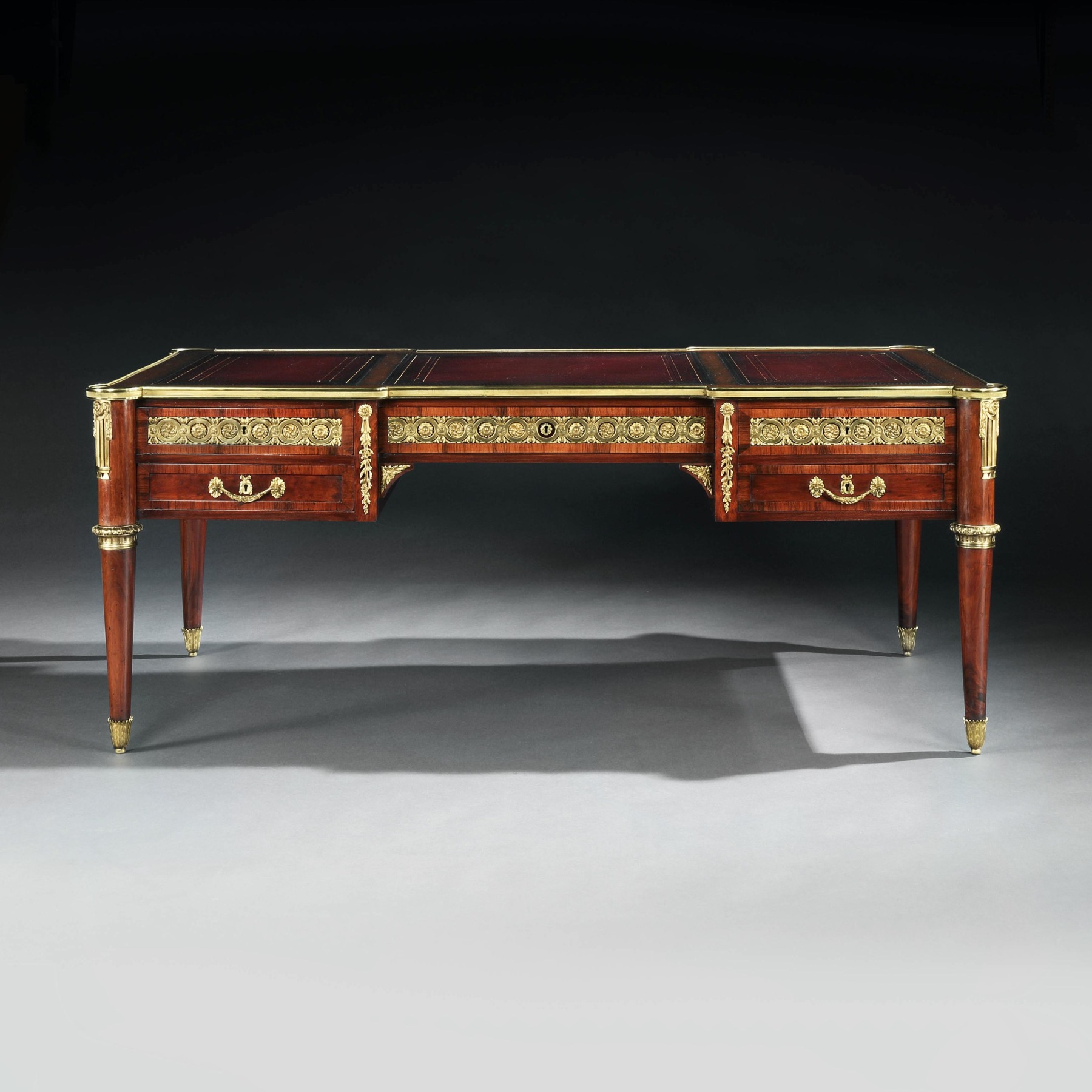 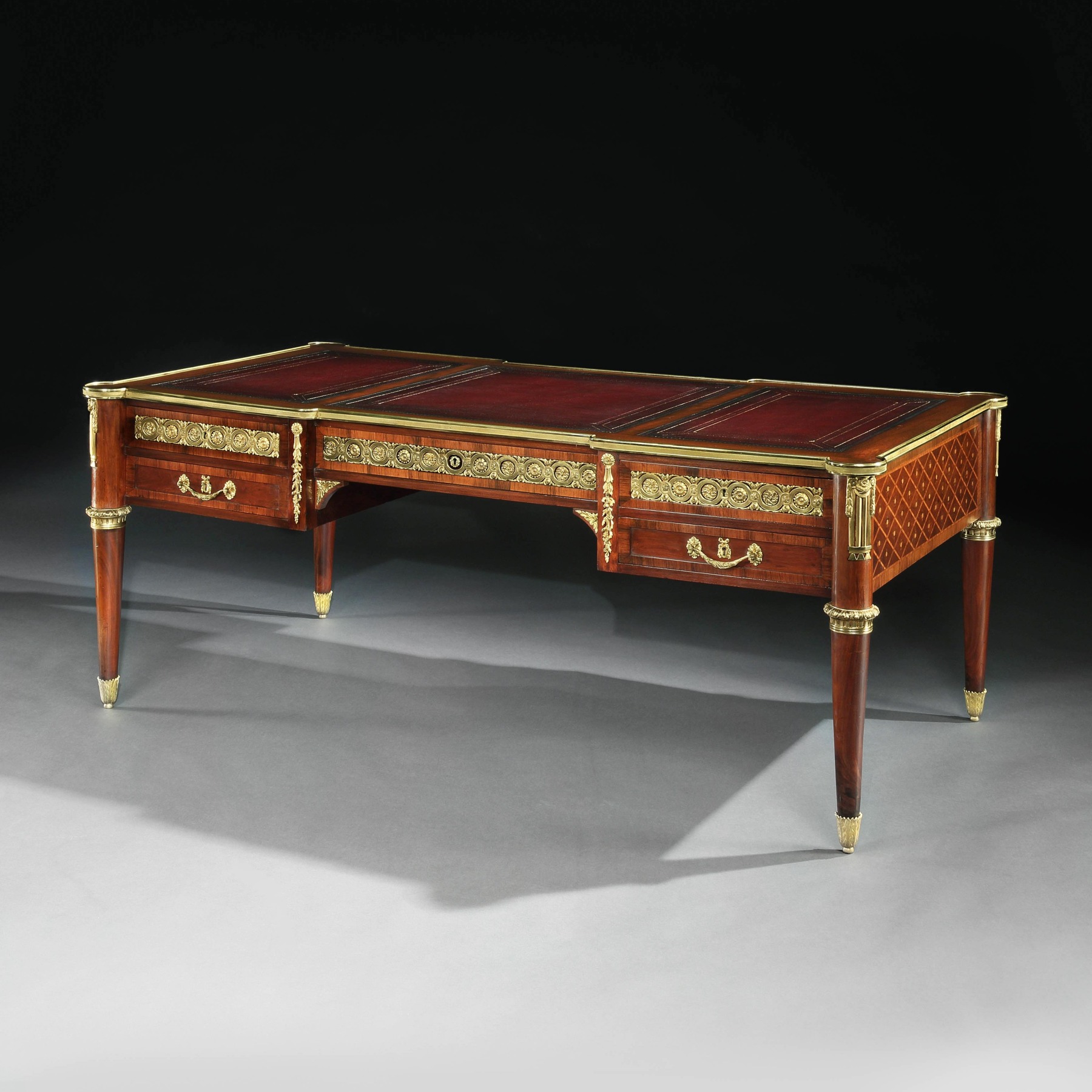 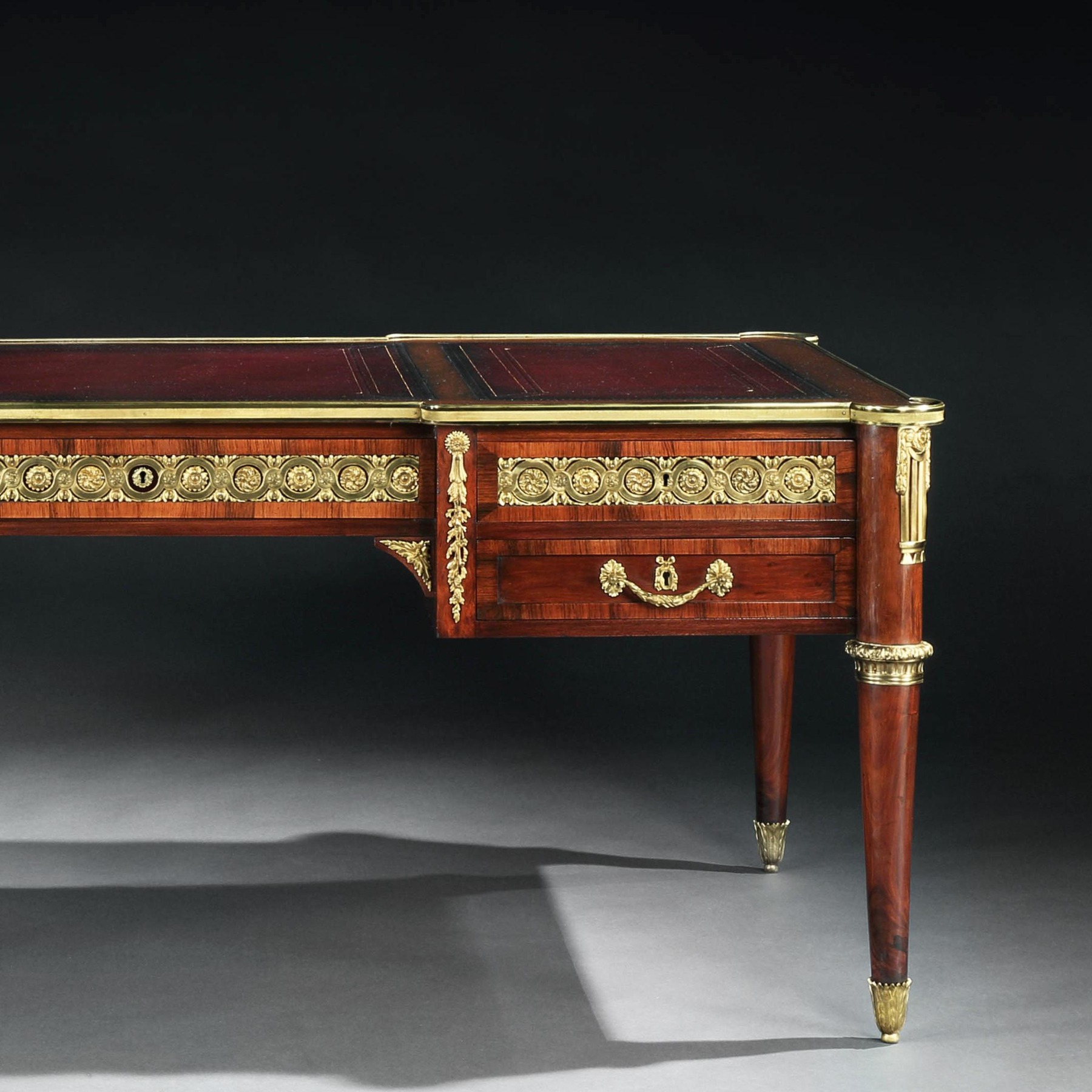 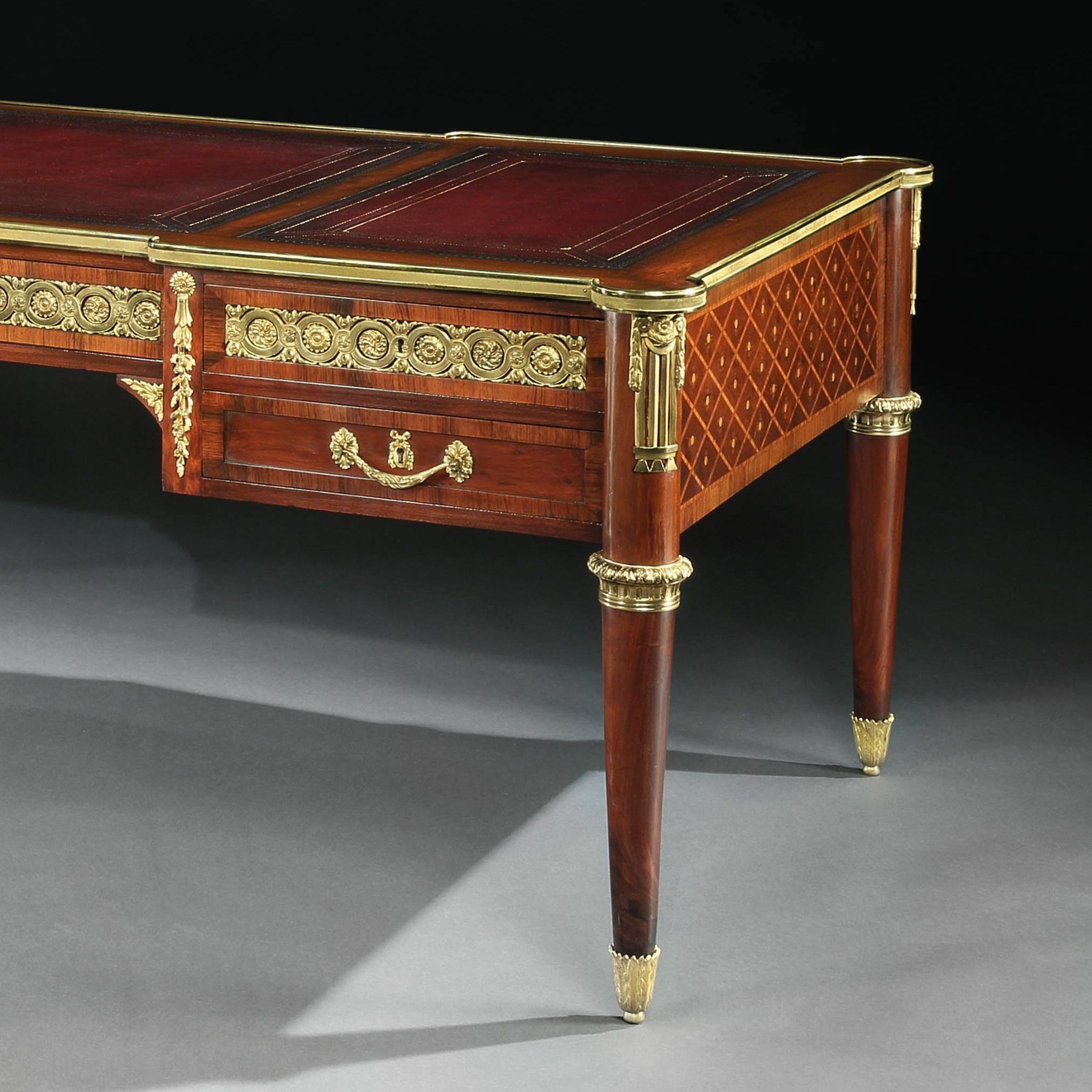 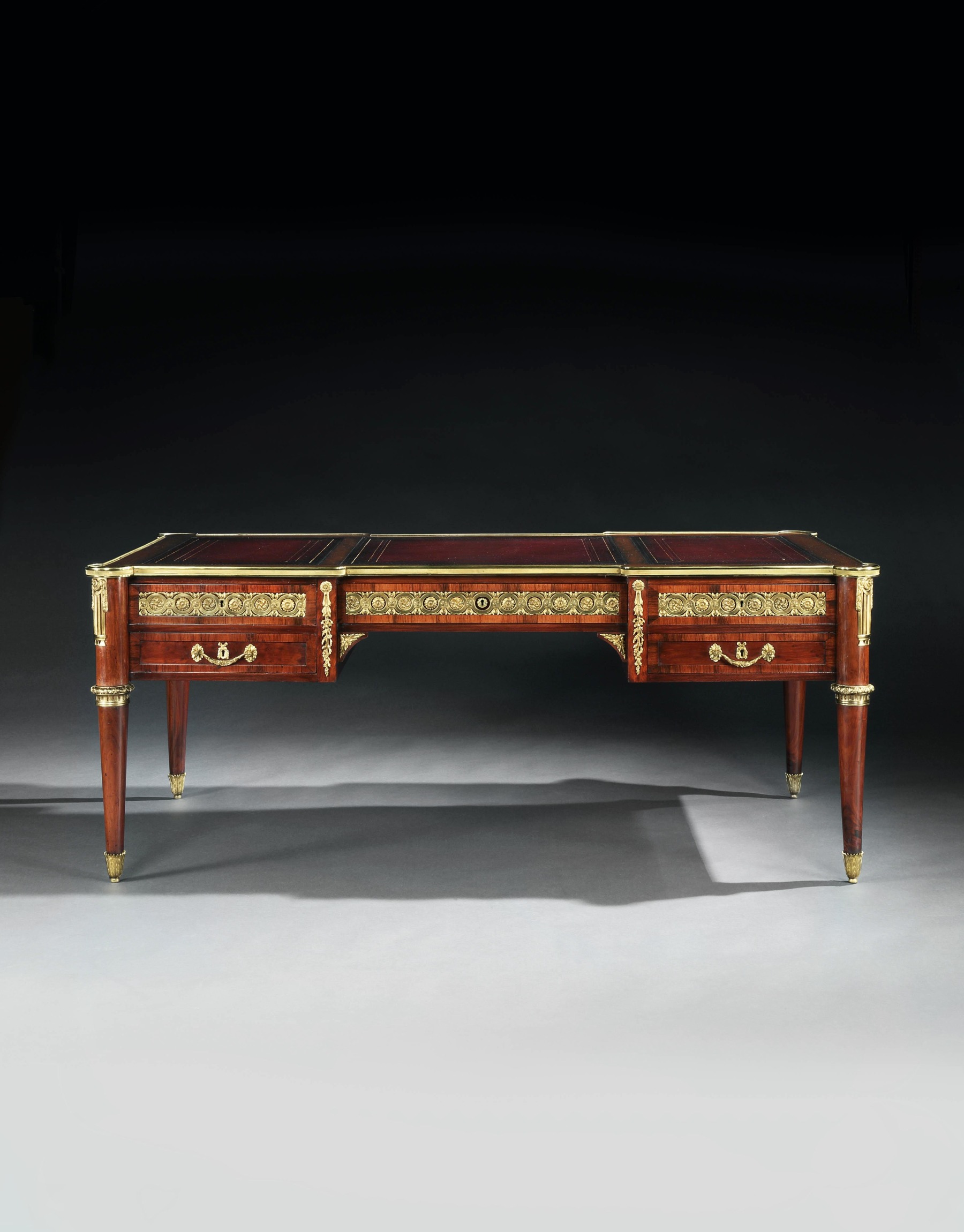 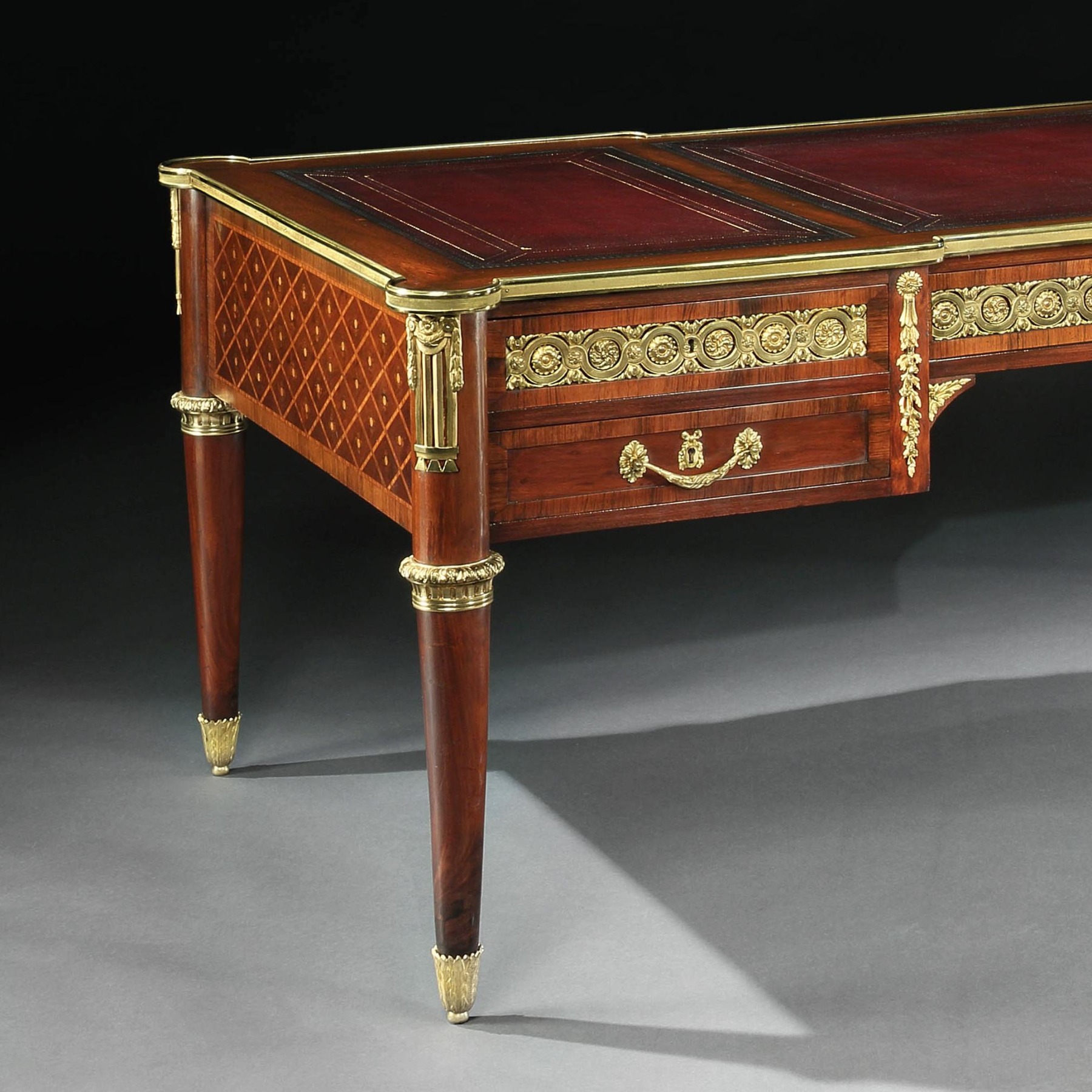 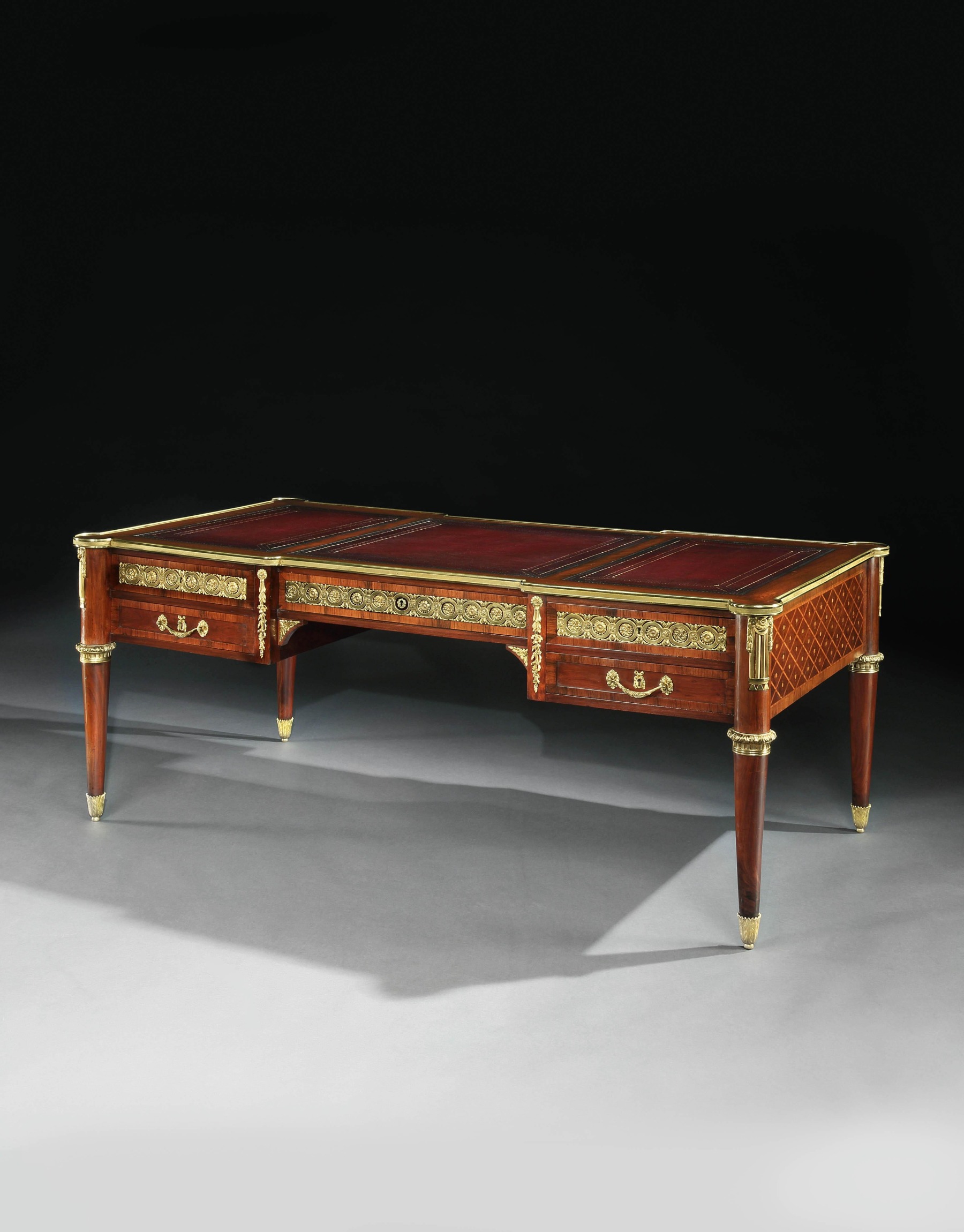 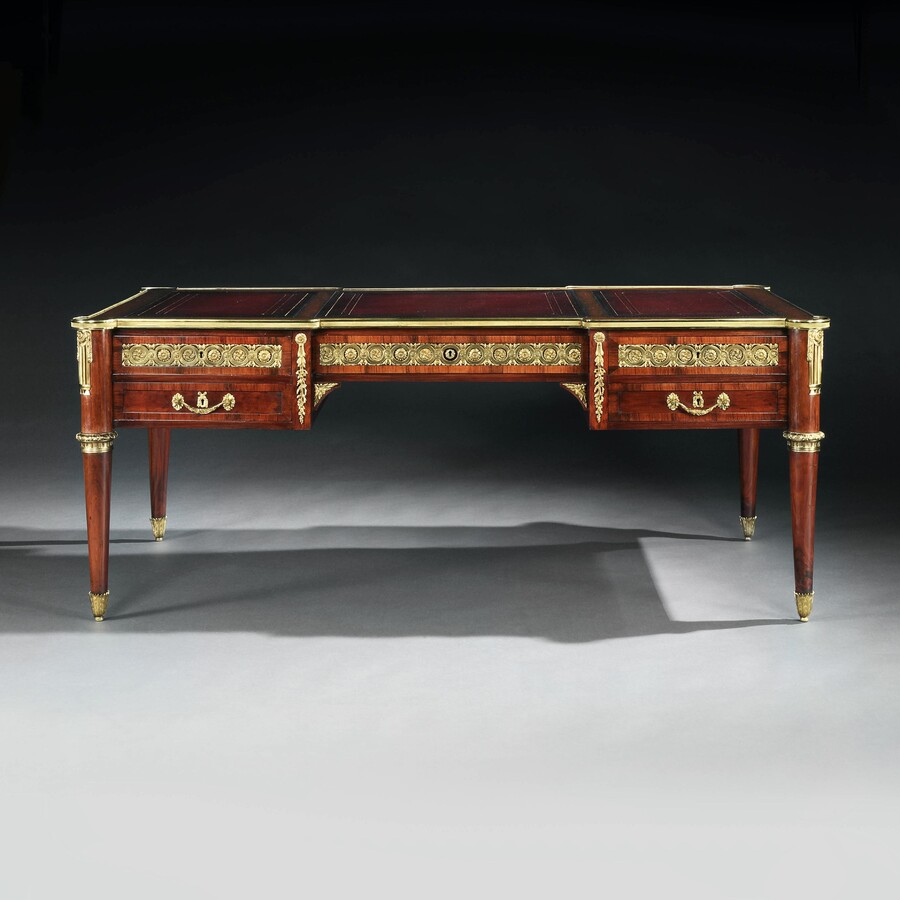 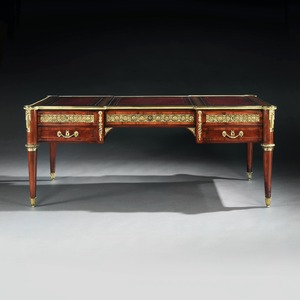 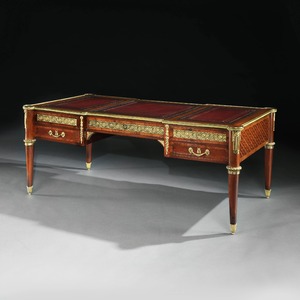 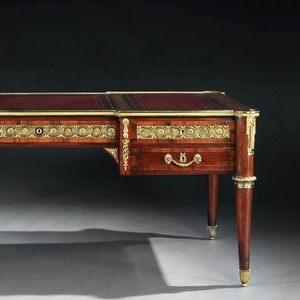 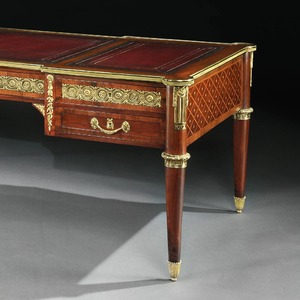 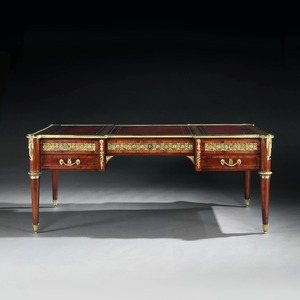 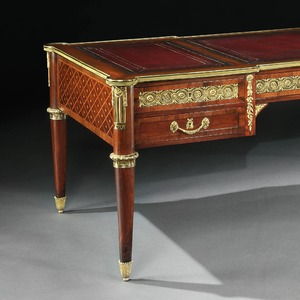 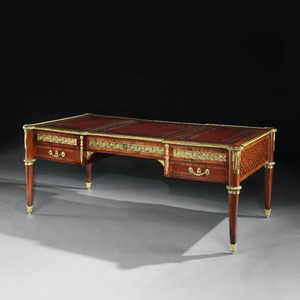 A fine bureau plat of grand proportions and Neo-classical design having a Moroccan leather three sectional lined top with lobed corners, enclosed by a gilt banded reeded edge above a frieze drawer with a guilloche cast gilt bronze band, flanked by conforming drawers and panelled lower drawers, between outset turned and tapering legs headed by laurel garland gilt chutes with leaf-cast and fluted collars terminating on leaf-cast sabots. The sides are decoratively inlaid with trellis and flowerhead parquetry. The reverse of this bureau plat is mirrored to that of the front with faux drawers enabling the desk to stand freely within the room if desired.

A.M.E Fournier established circa 1850 in the Paris at 109 Boulevard Beaumarchais and then Boulevard des Capucines.

He was famed for his upholstered naturalistic giltwood rope twisted stools which can be found in museums world wide and were shown at many of the great exhibitions of the late 19th century, including the 1867 Exposition Universelle.

Not much is known or documented about Fournier but having clients to the likes of Baron Mayer de Rothschild and the Earls of Perth owning examples of this work he was very much admired by the wealthy and elite of the late 19th Century. Fournier is known to have supplied furnishings to the hotel de la commission imperial francaise in 1862.

Pieces of furniture by A.M.E Fournier are extremely rare to the market.