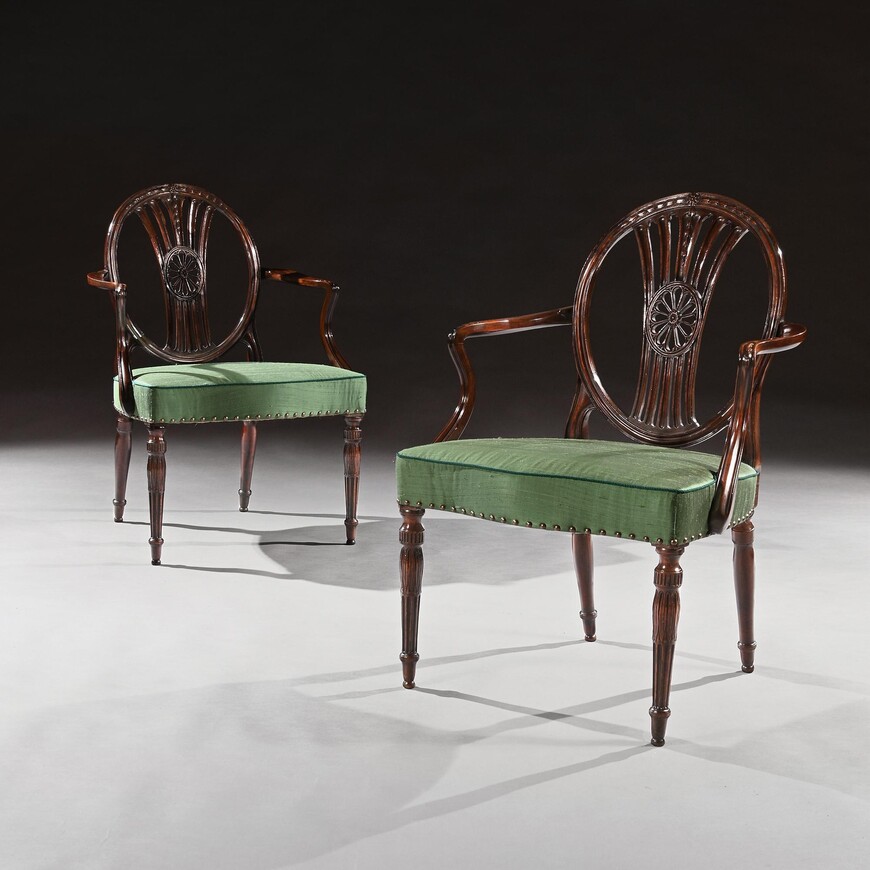 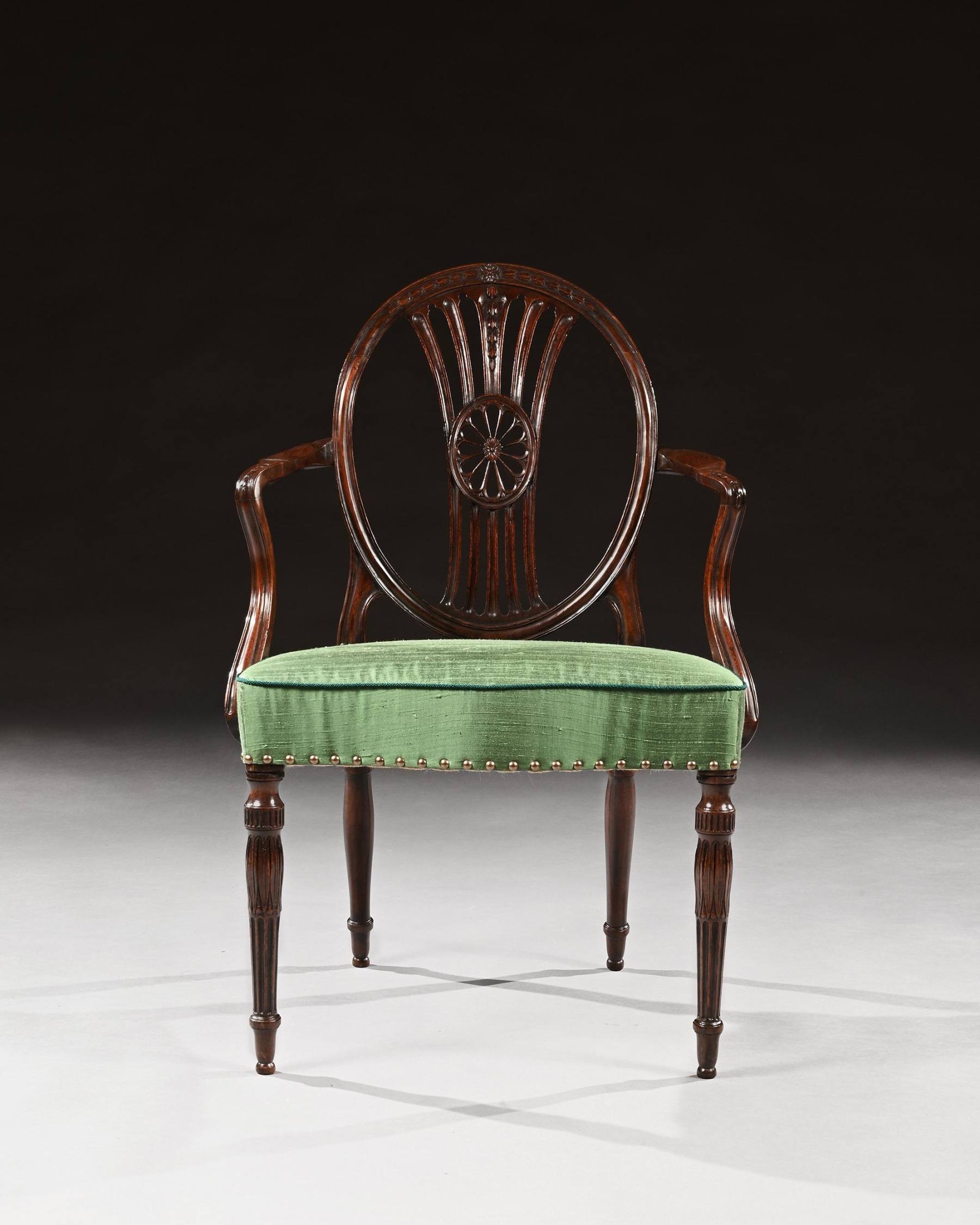 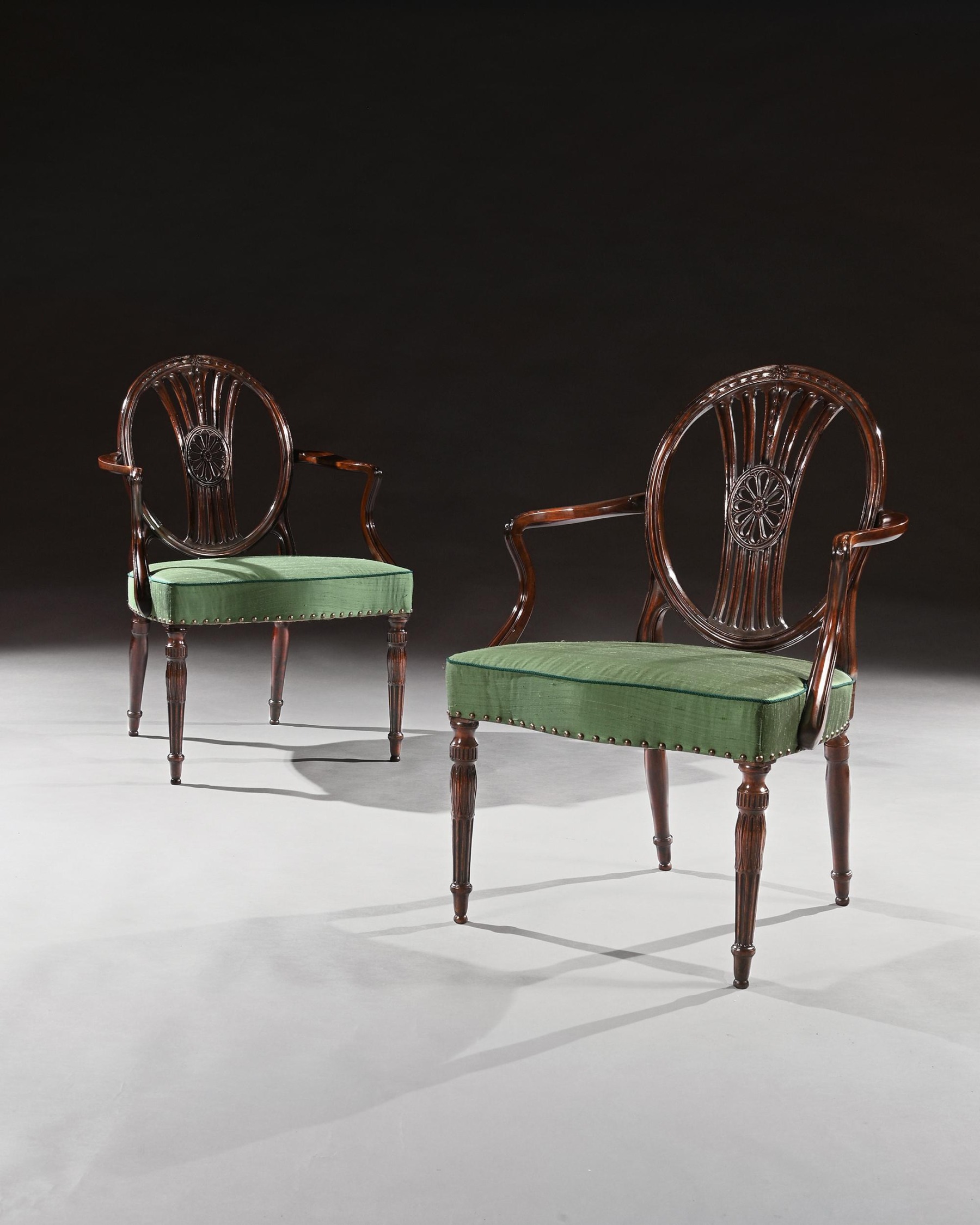 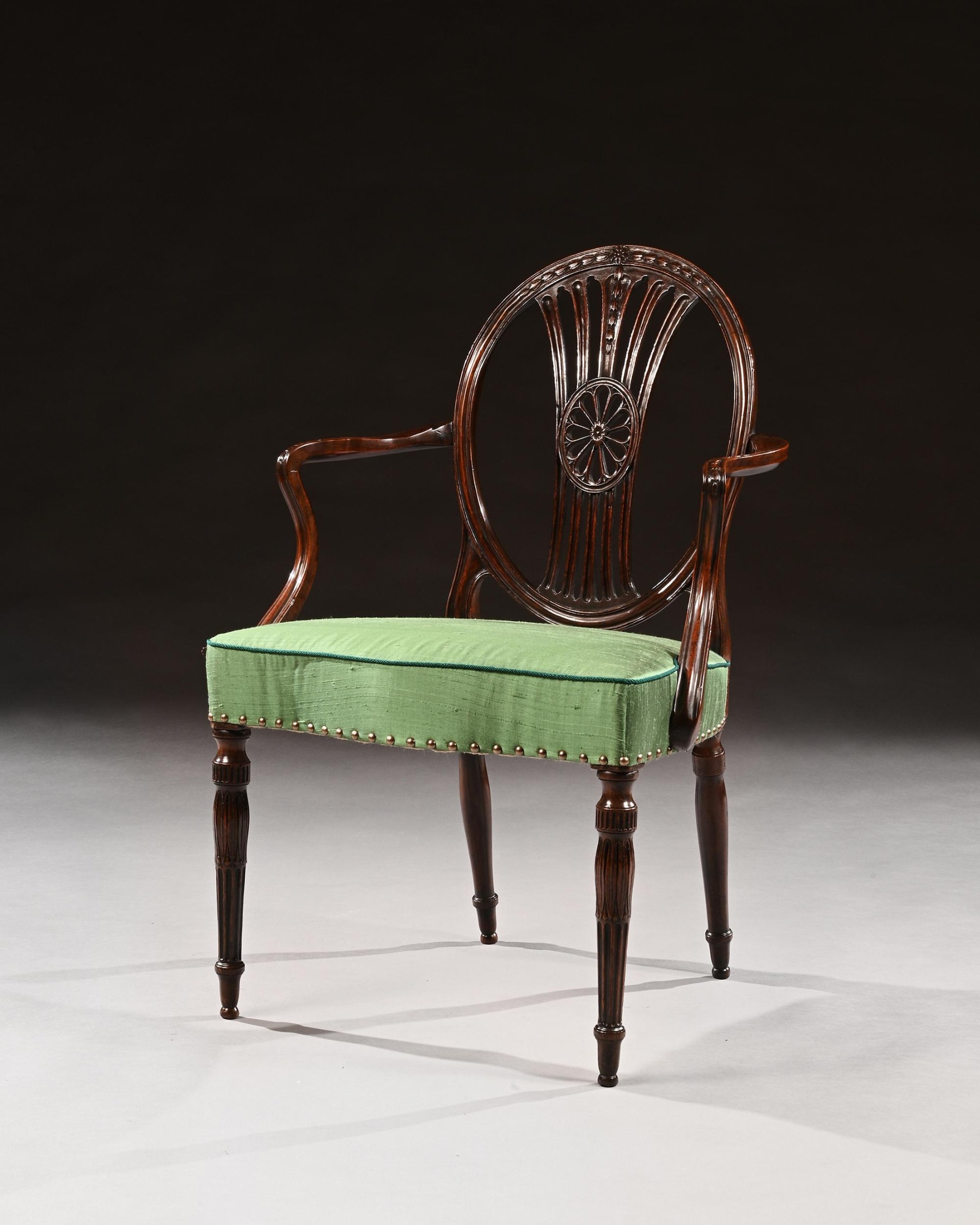 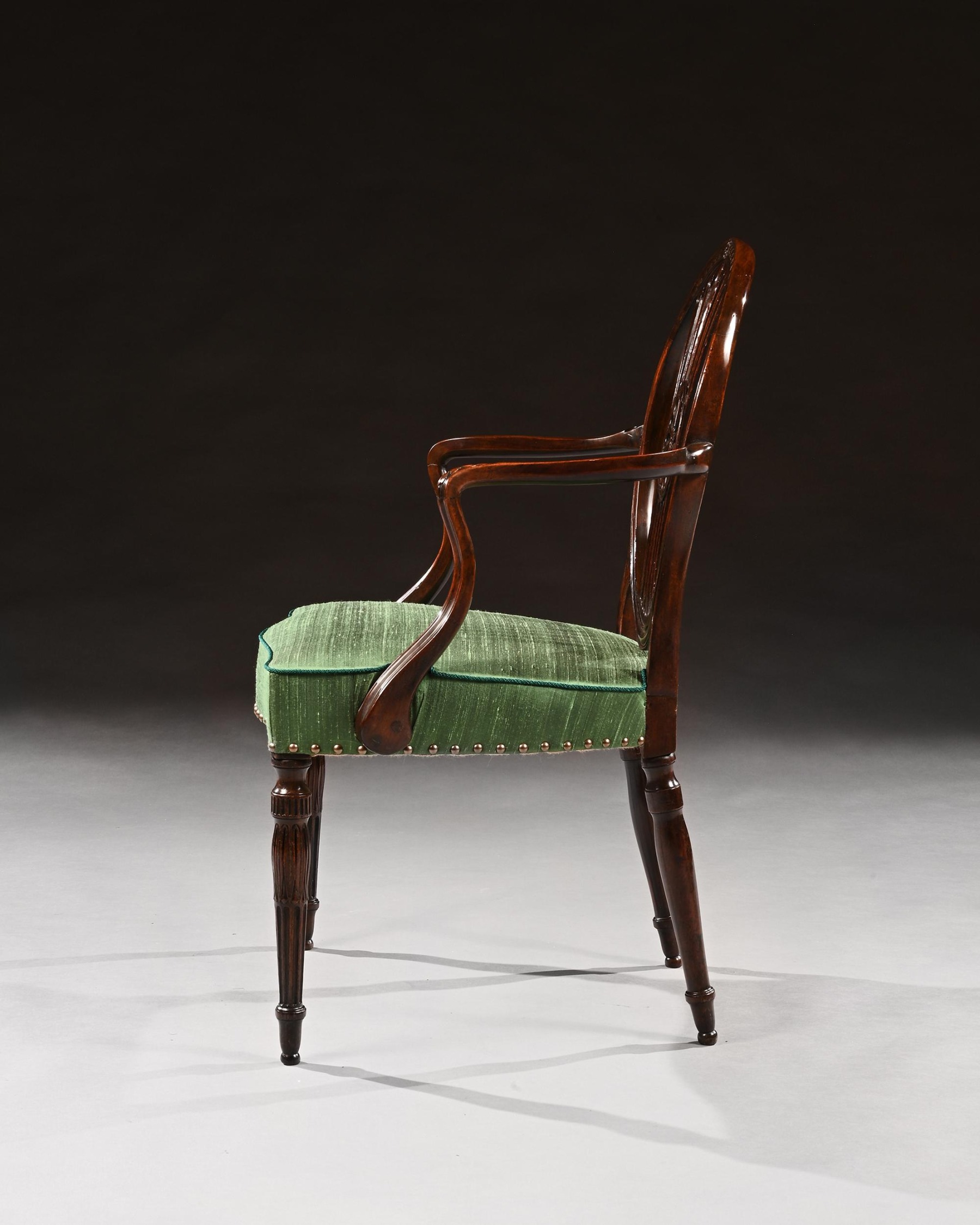 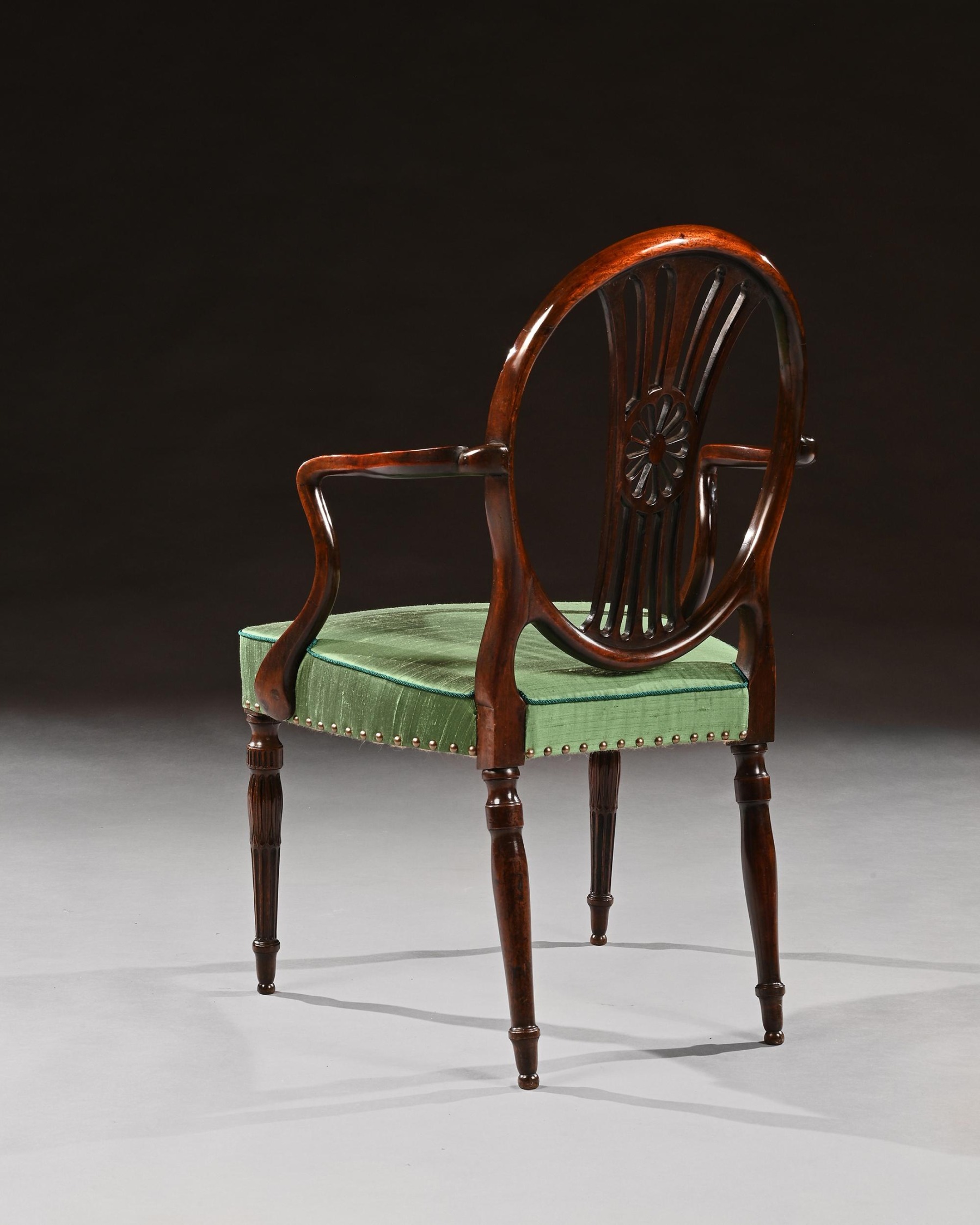 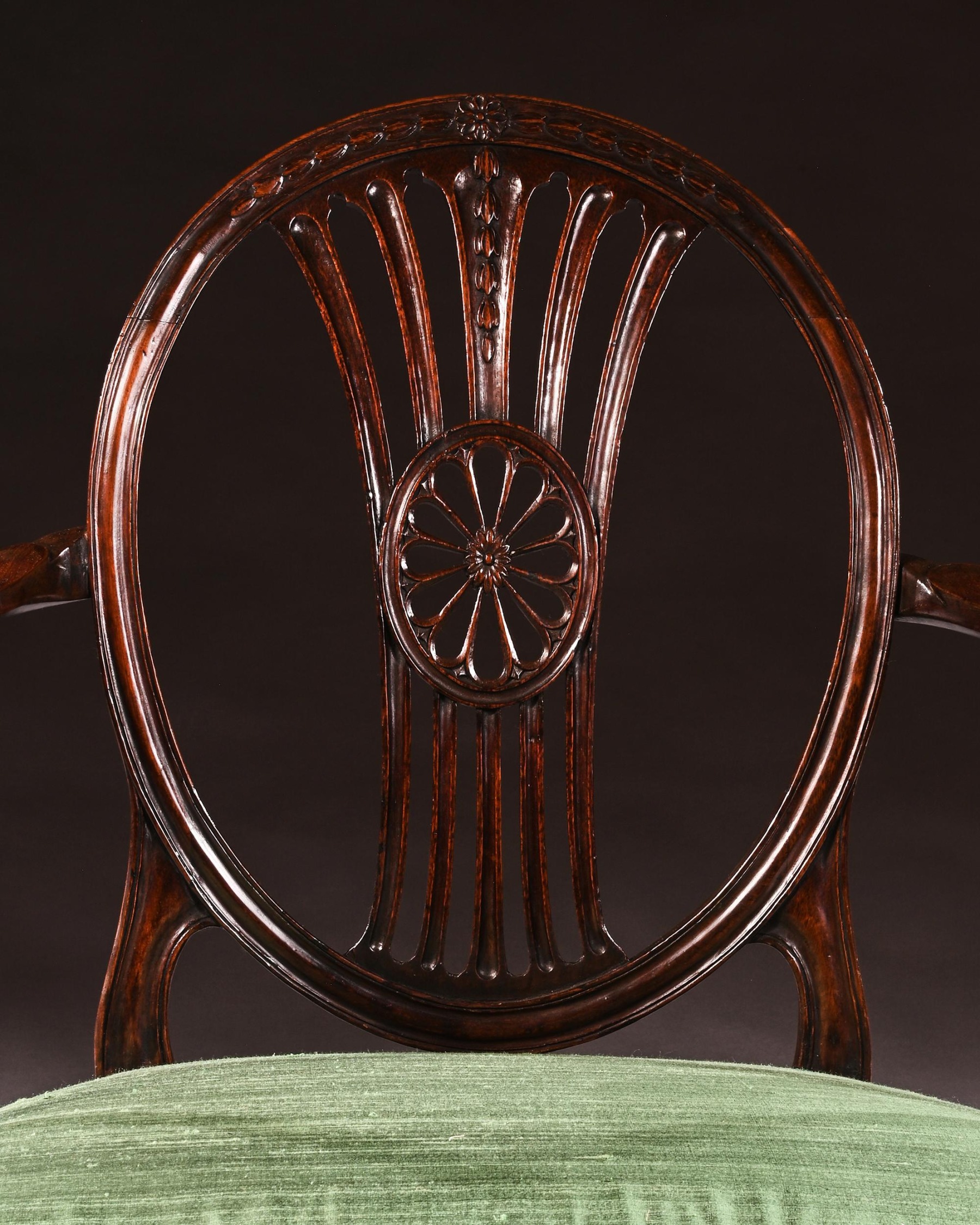 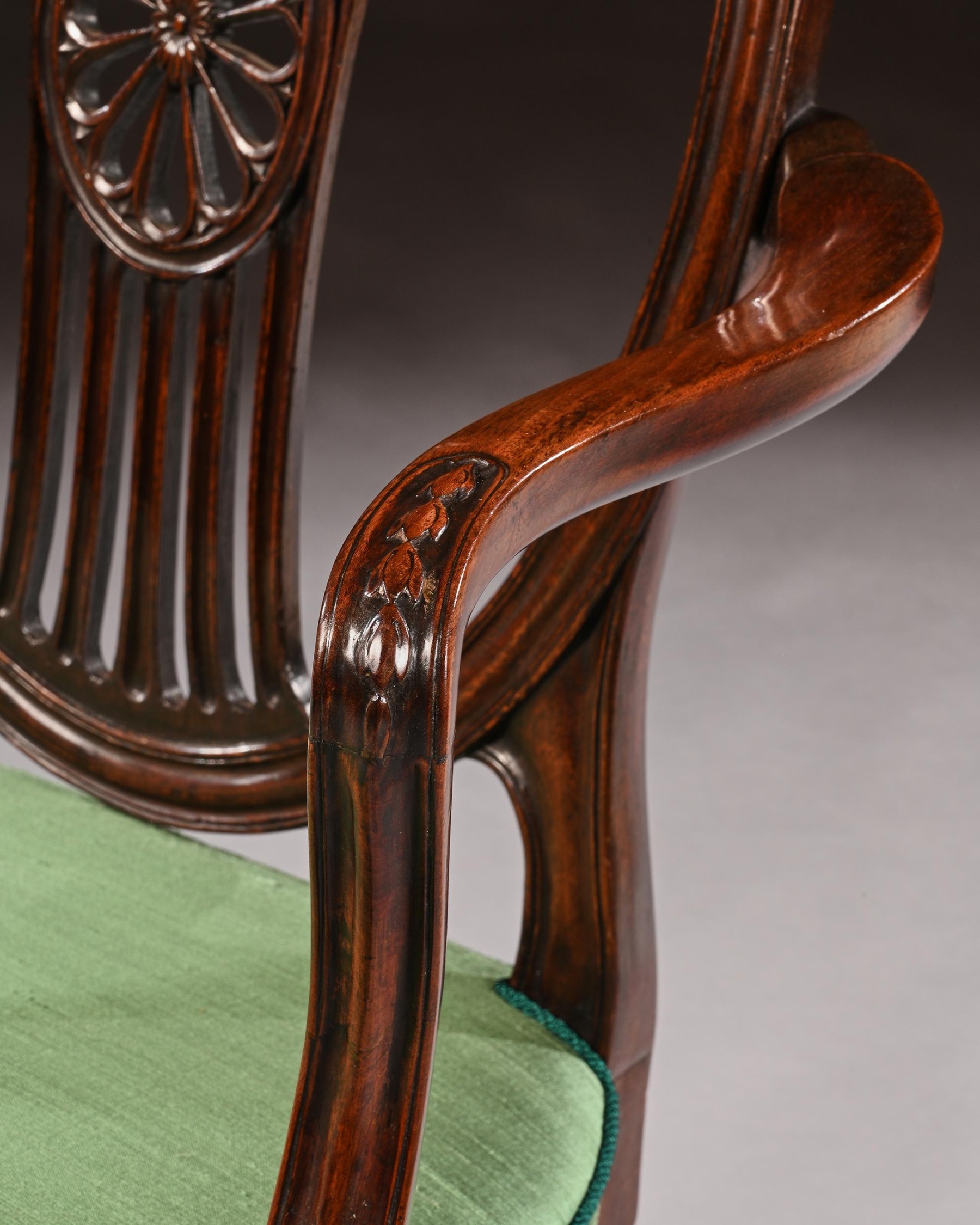 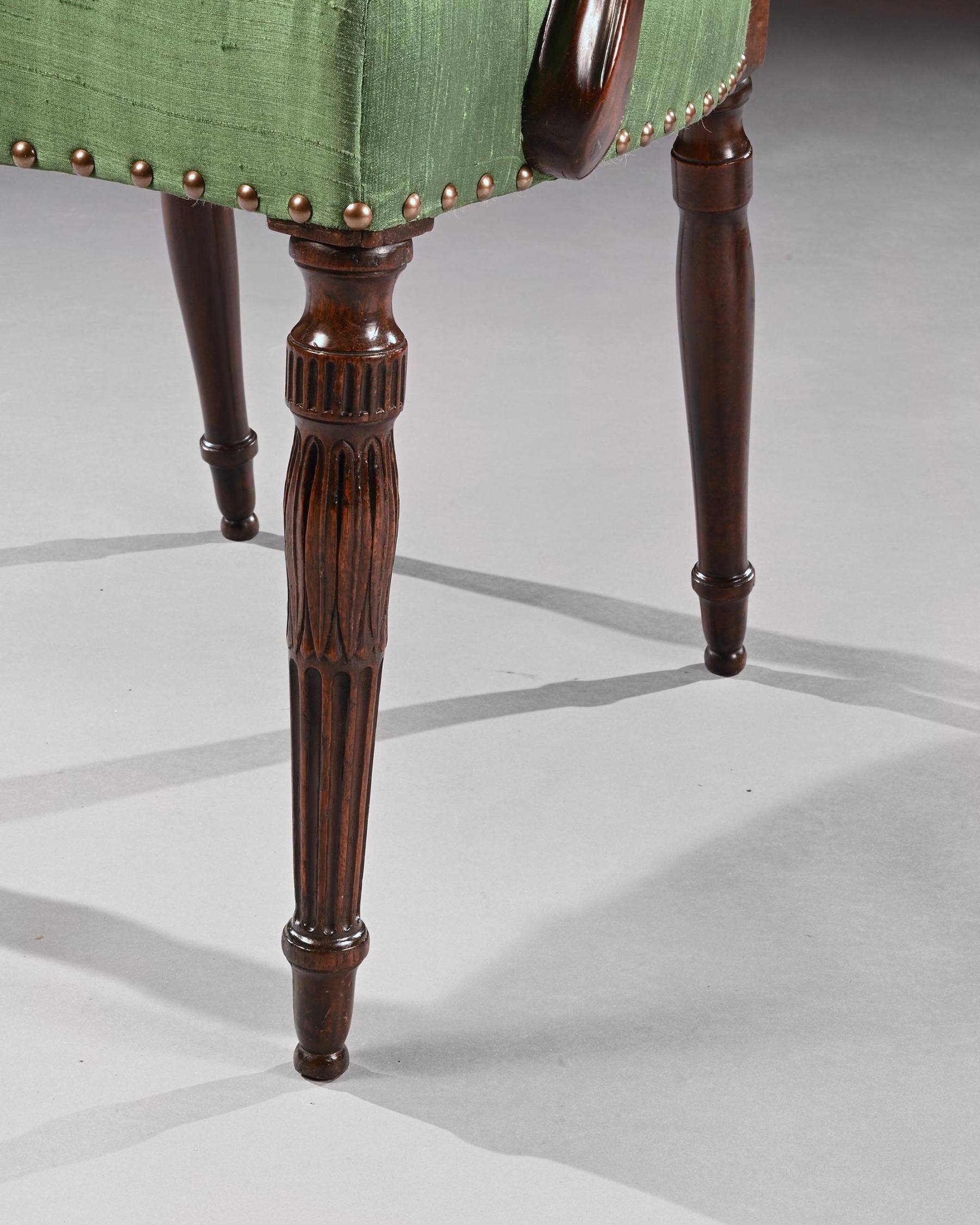 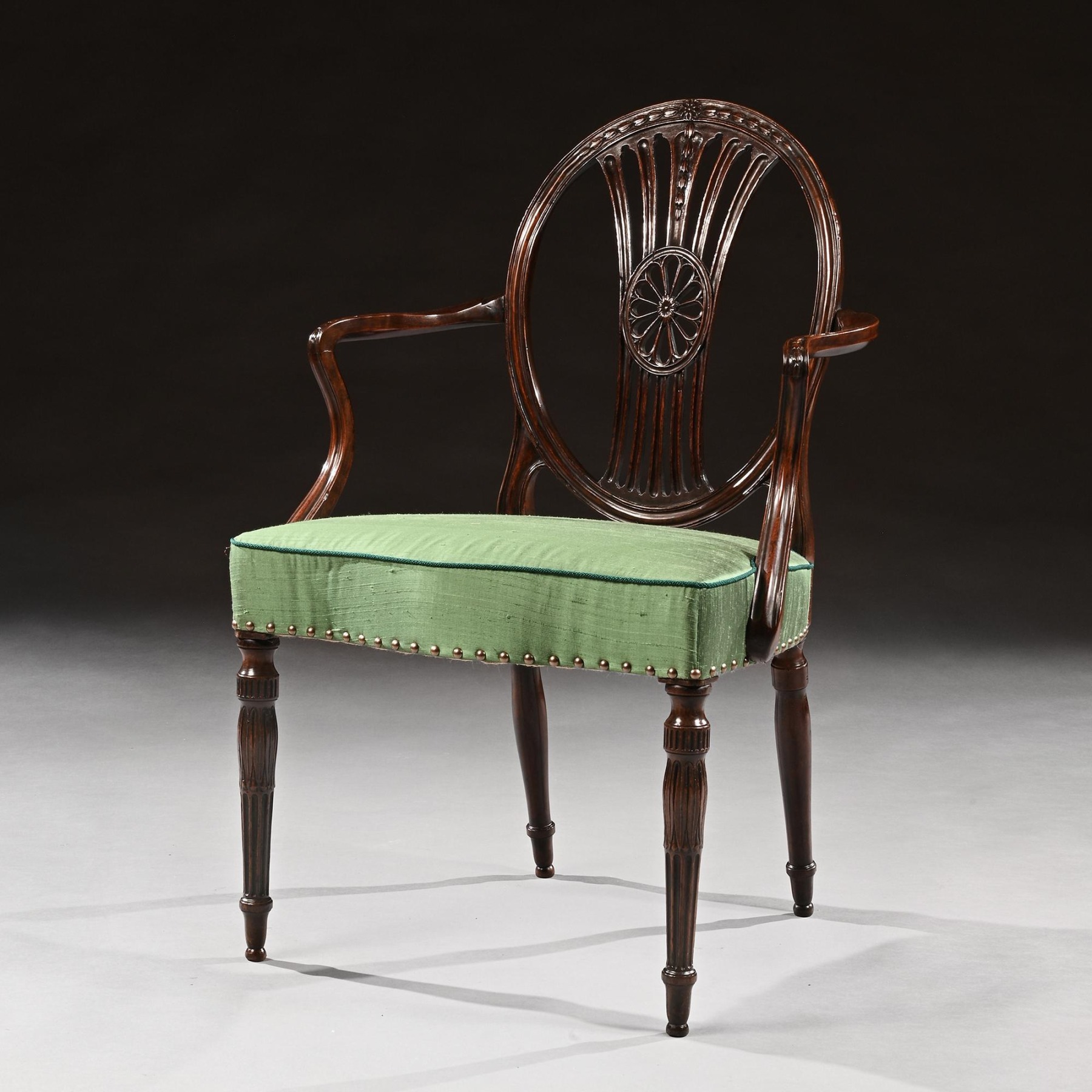 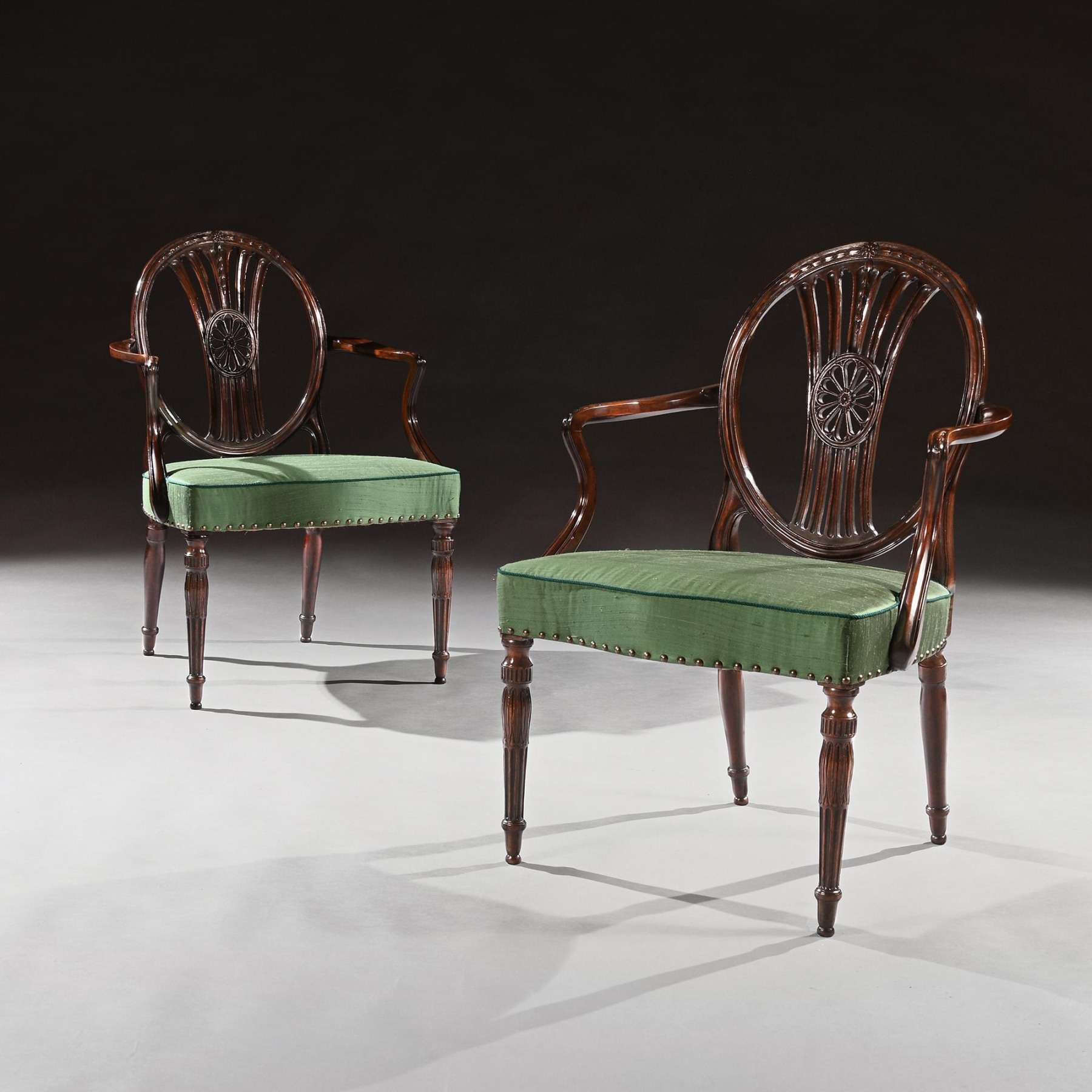 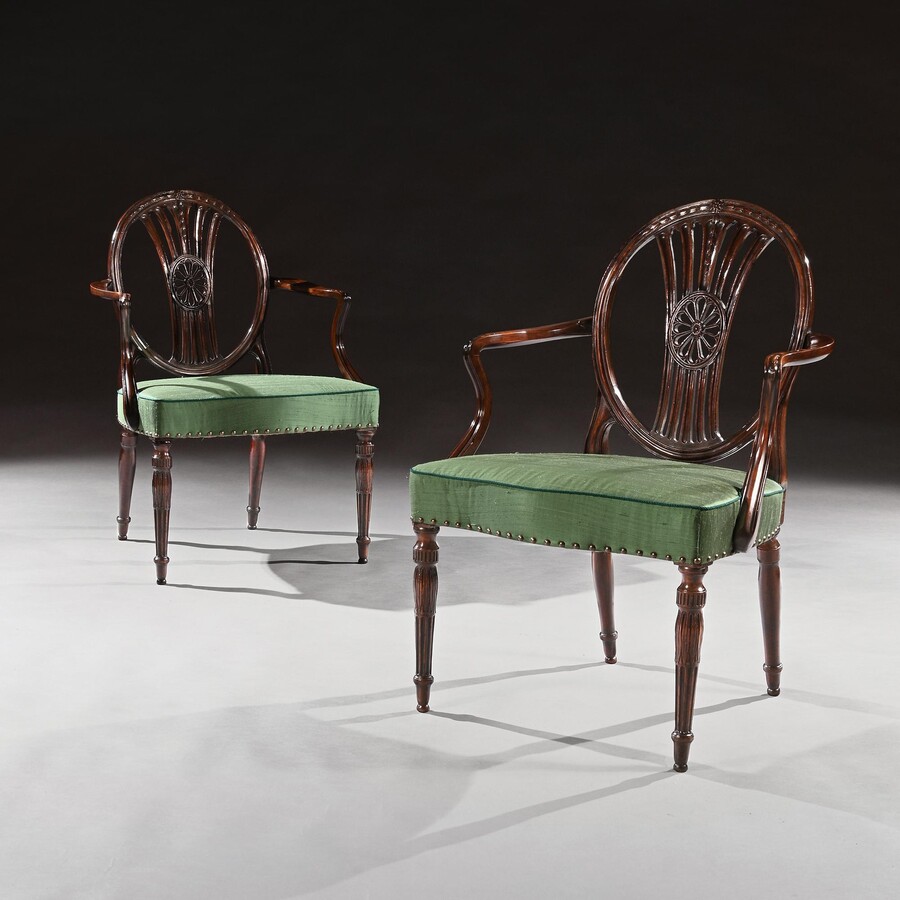 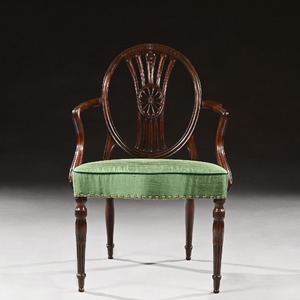 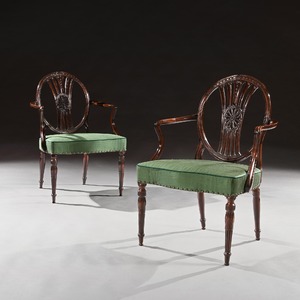 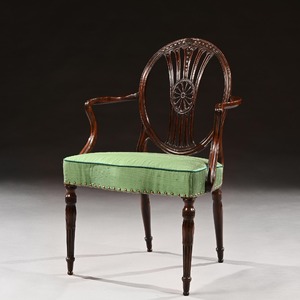 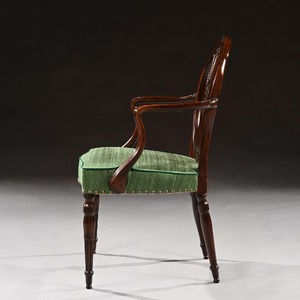 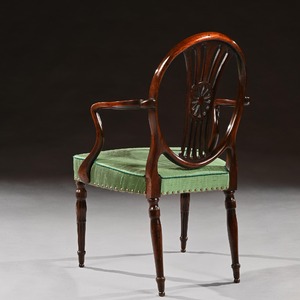 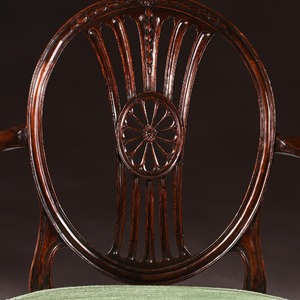 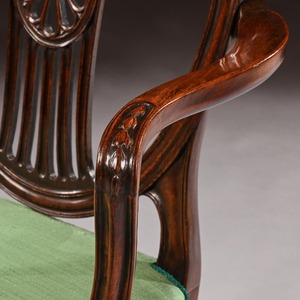 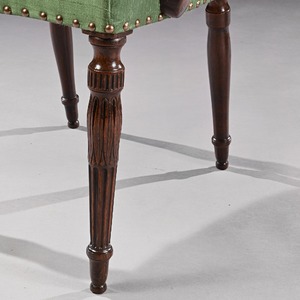 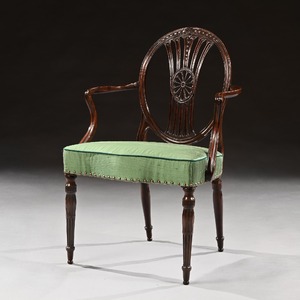 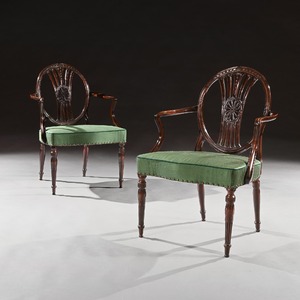 A fine pair of George III armchairs of Neo-Classical design after Robert Adam upholstered in a James Hare green silk.

Of very fine Neo-Classical design after one of the most important British Architects of the period Robert Adam (1728-1792). These chairs have all the hallmarks of his style with their attenuated carved Roman details and perfect symmetry.

Robert Adam was born in Kirkaldy Scotland, the son of the established architect William Adam and followed in his fathers footsteps. In 1754 he embarked on a Grand Tour, spending five years in France and Italy visiting classical sites and studying Architecture. Upon his return he established his own practice in London with his brother James.

Robert developed a distinctive and individual style of classical architecture and visual arts which drew inspiration from the ‘classical’ art and culture of Ancient Greece and Rome…Neo-Classical design.

The ‘Adam Style’ as it became known was enormously popular and had a lasting influence on British architecture and interior design.