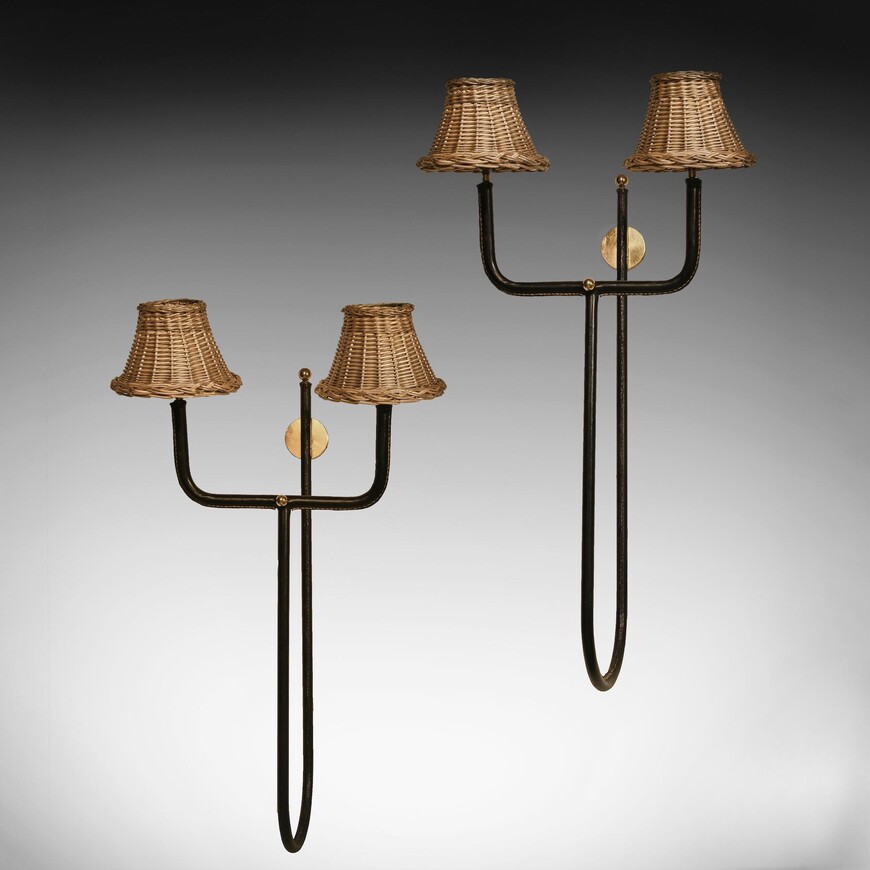 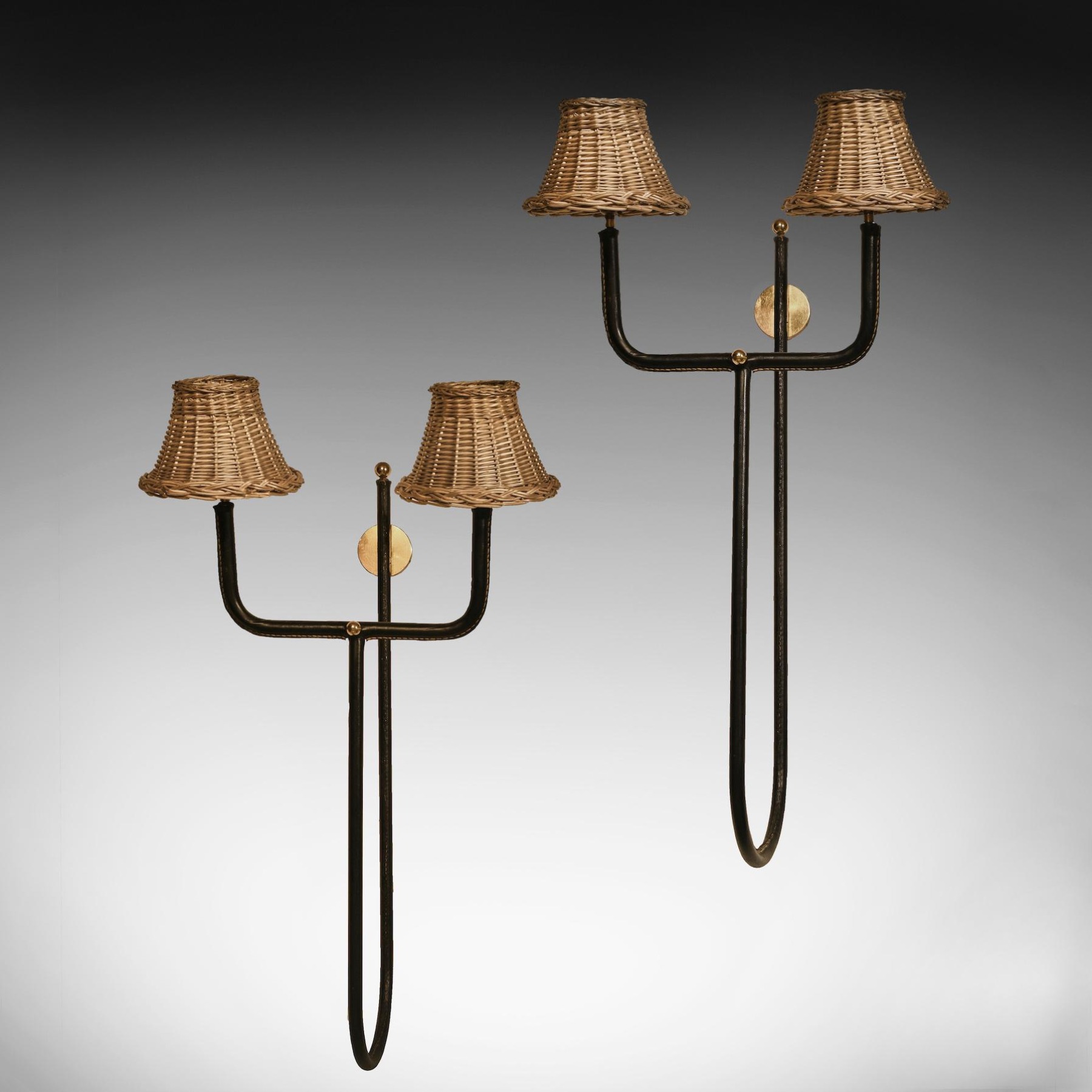 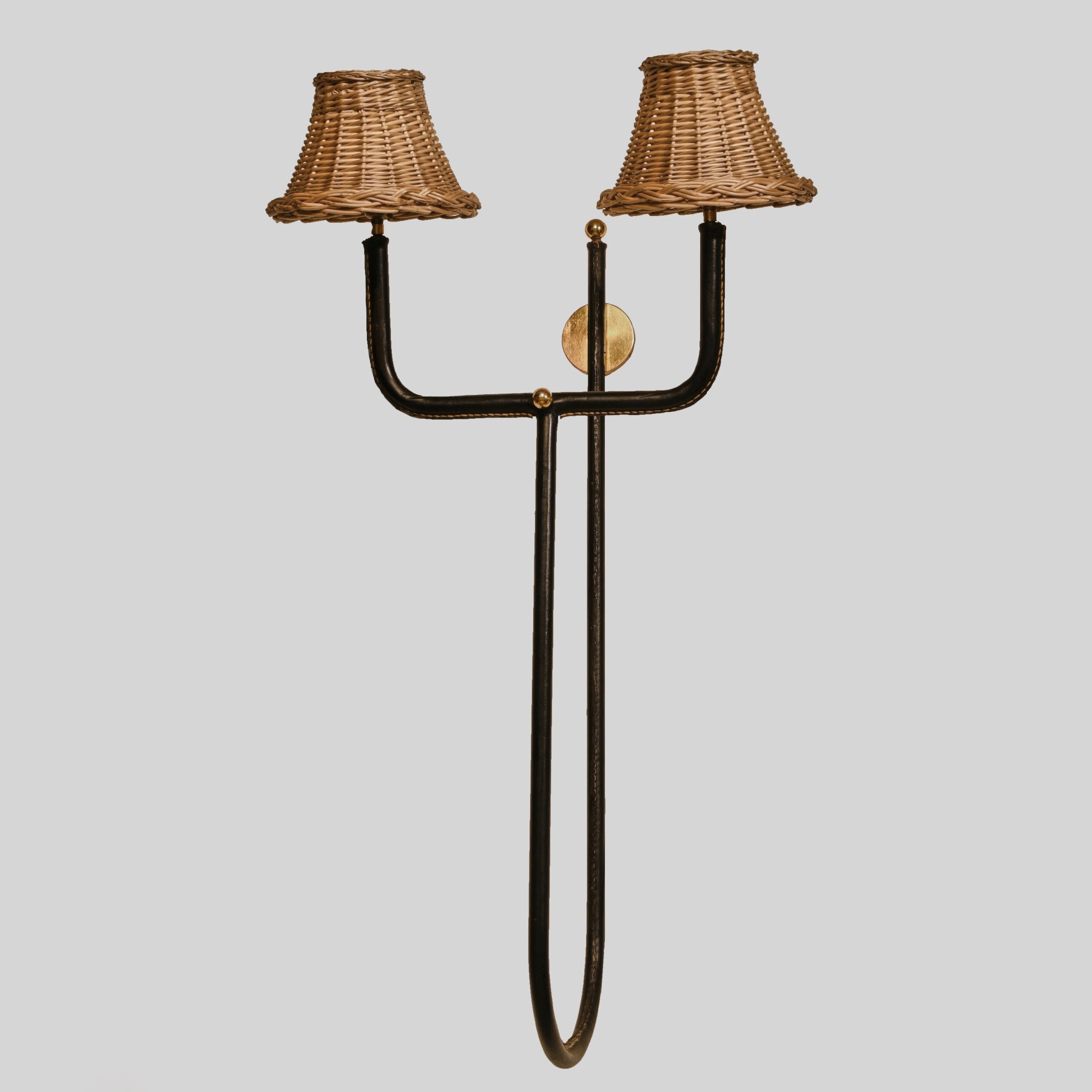 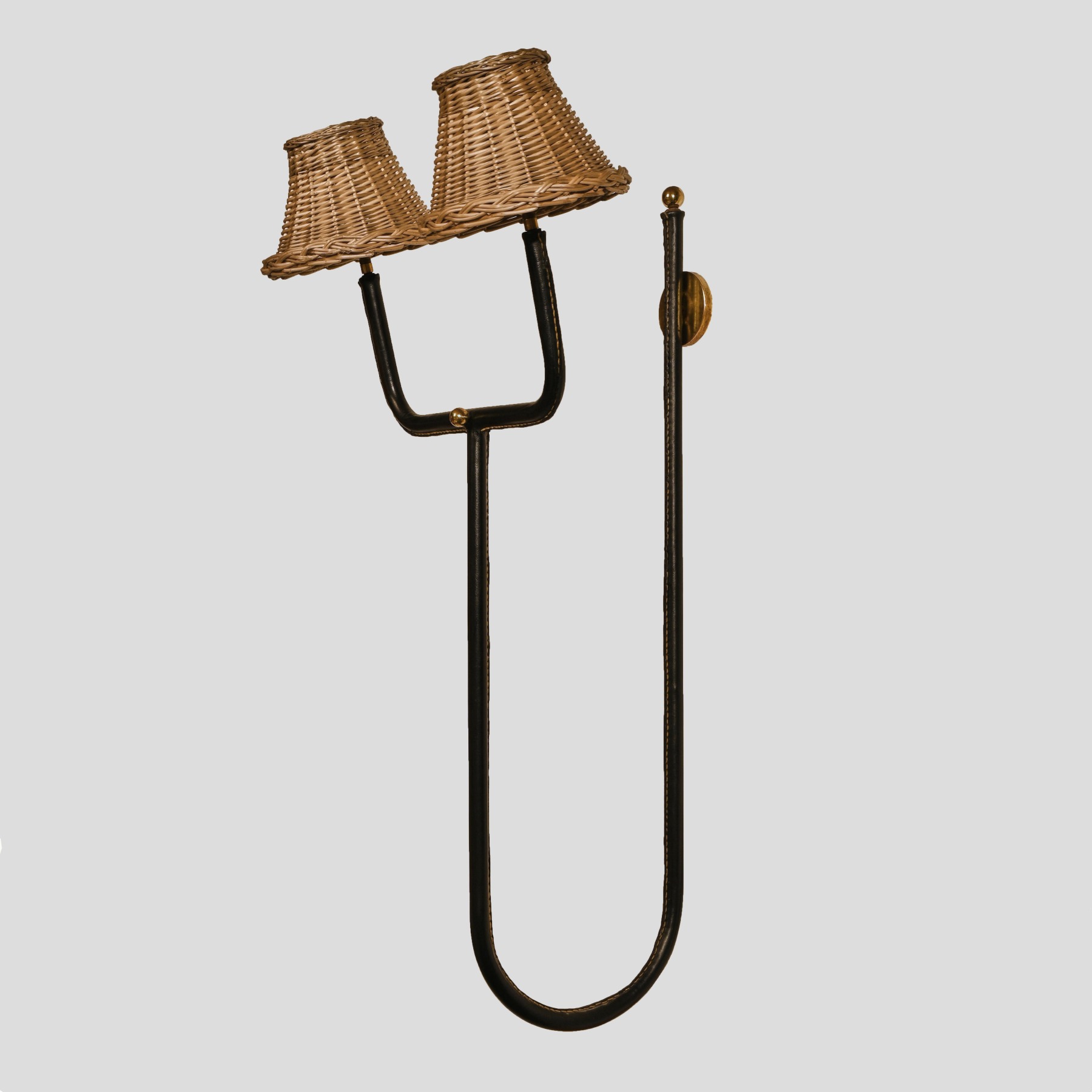 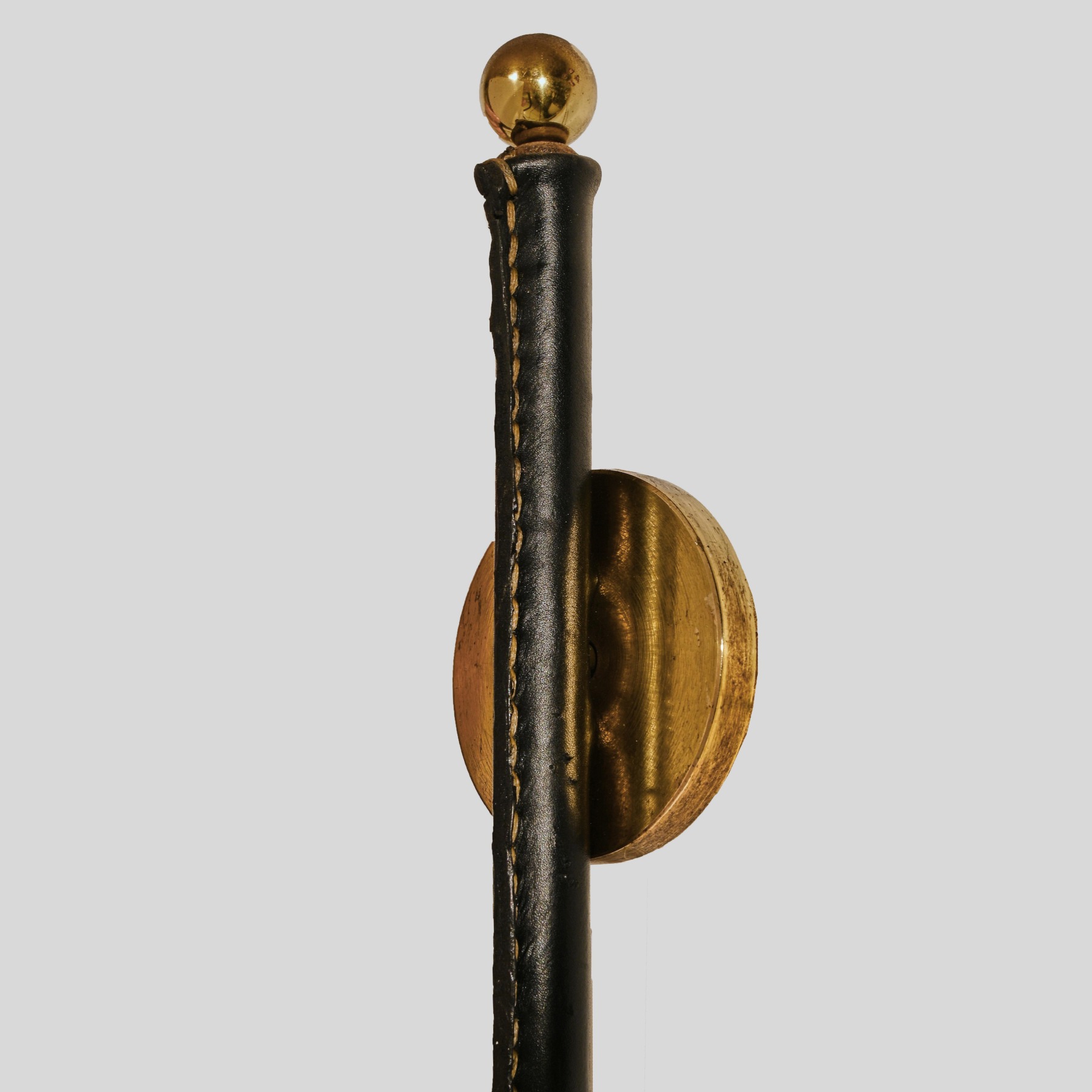 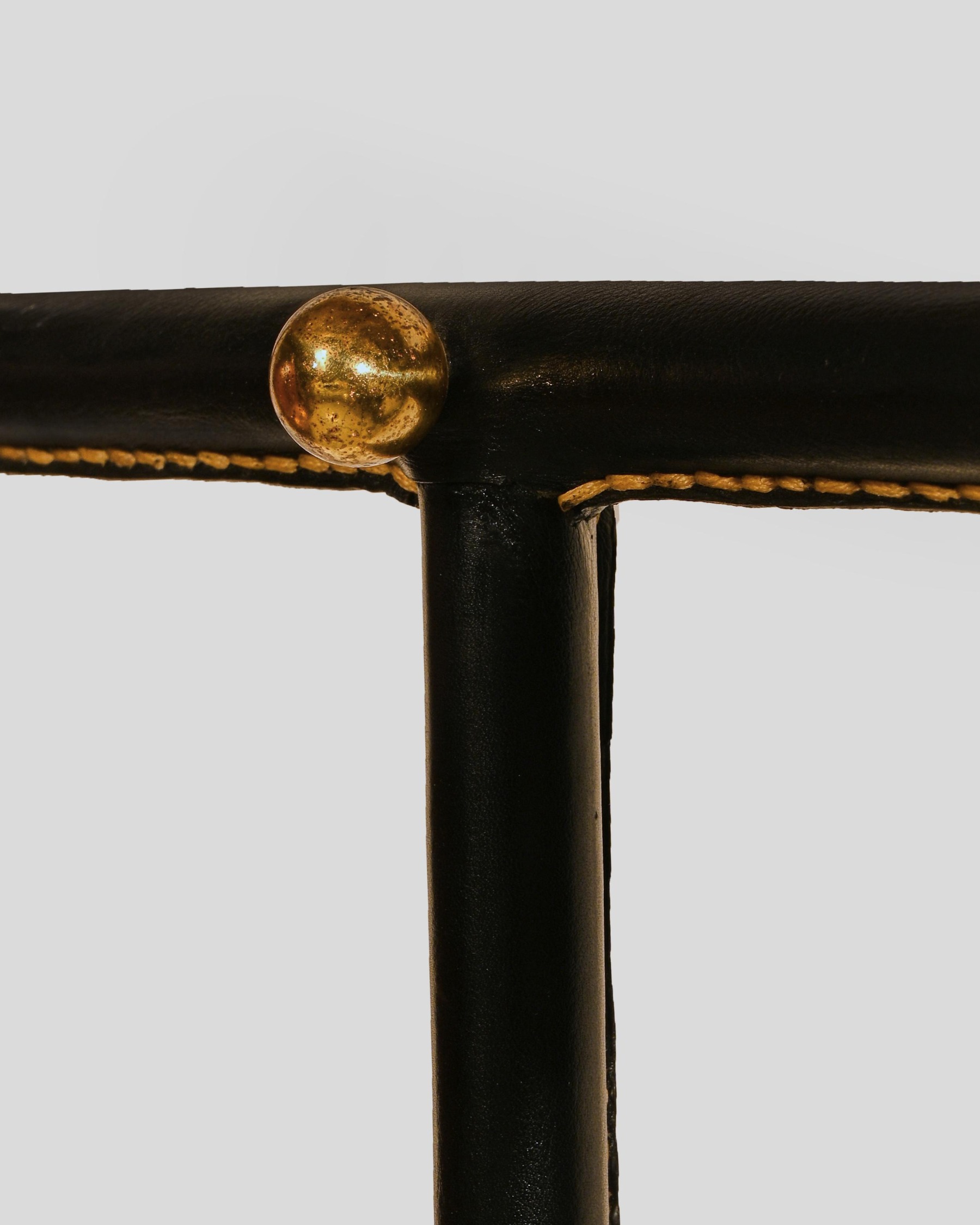 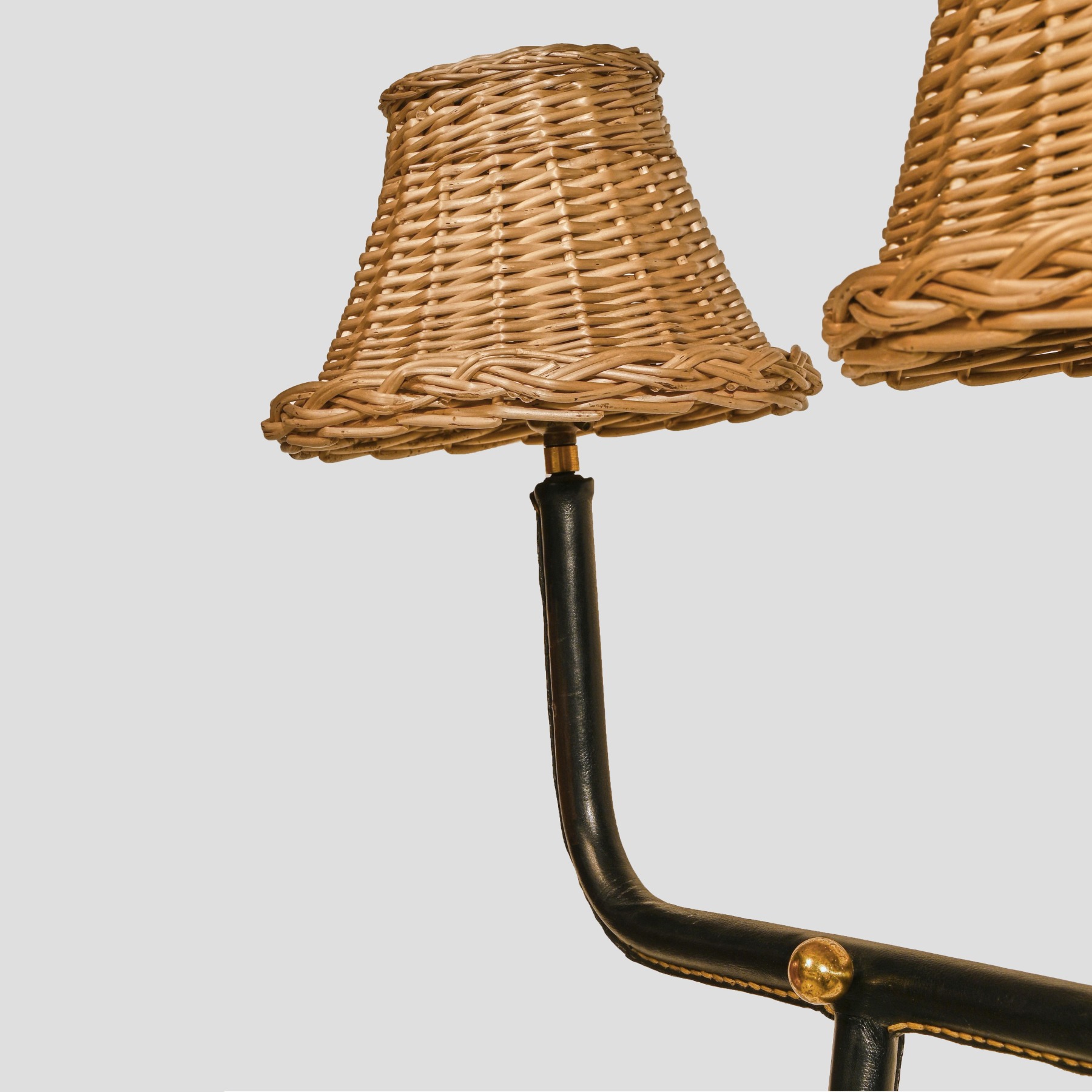 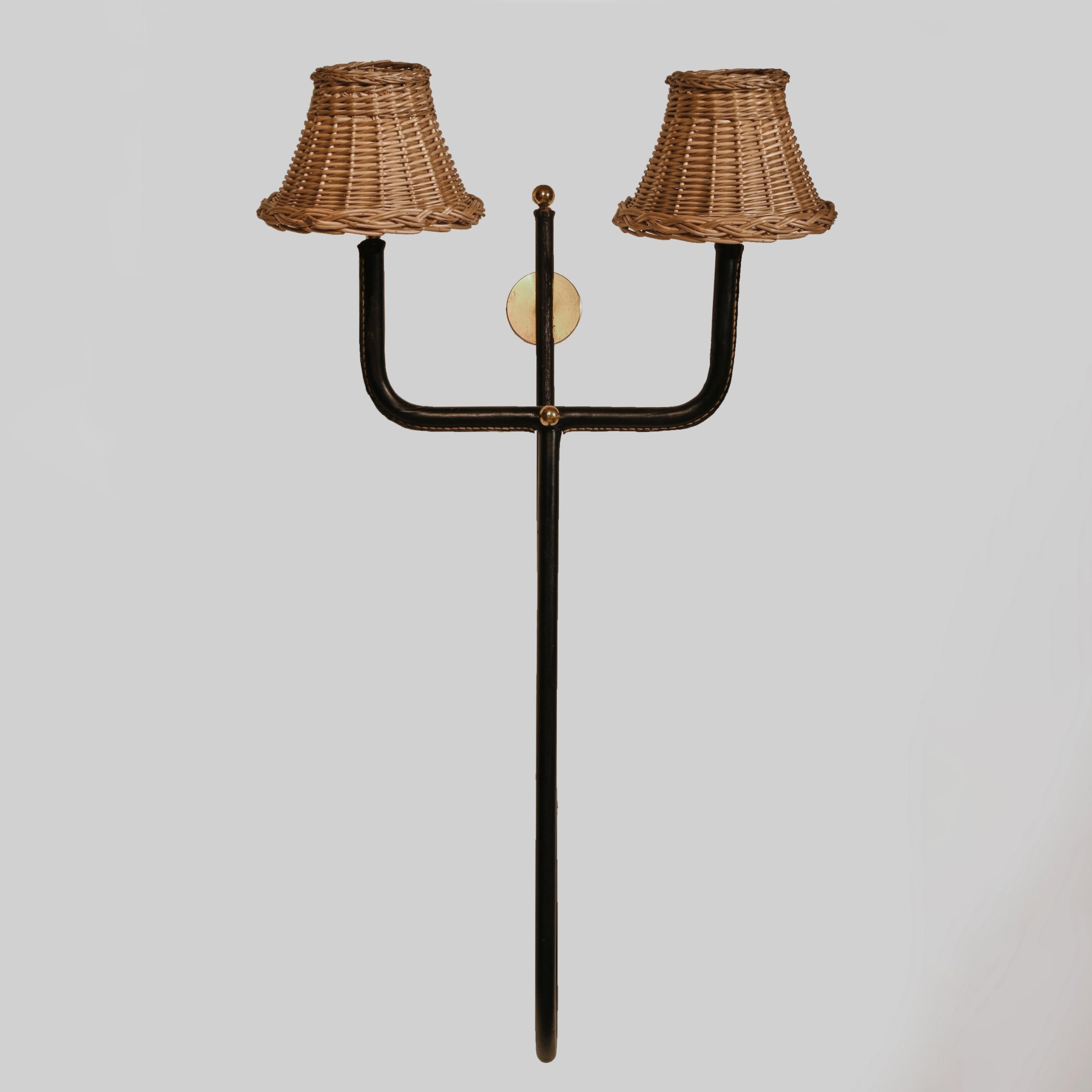 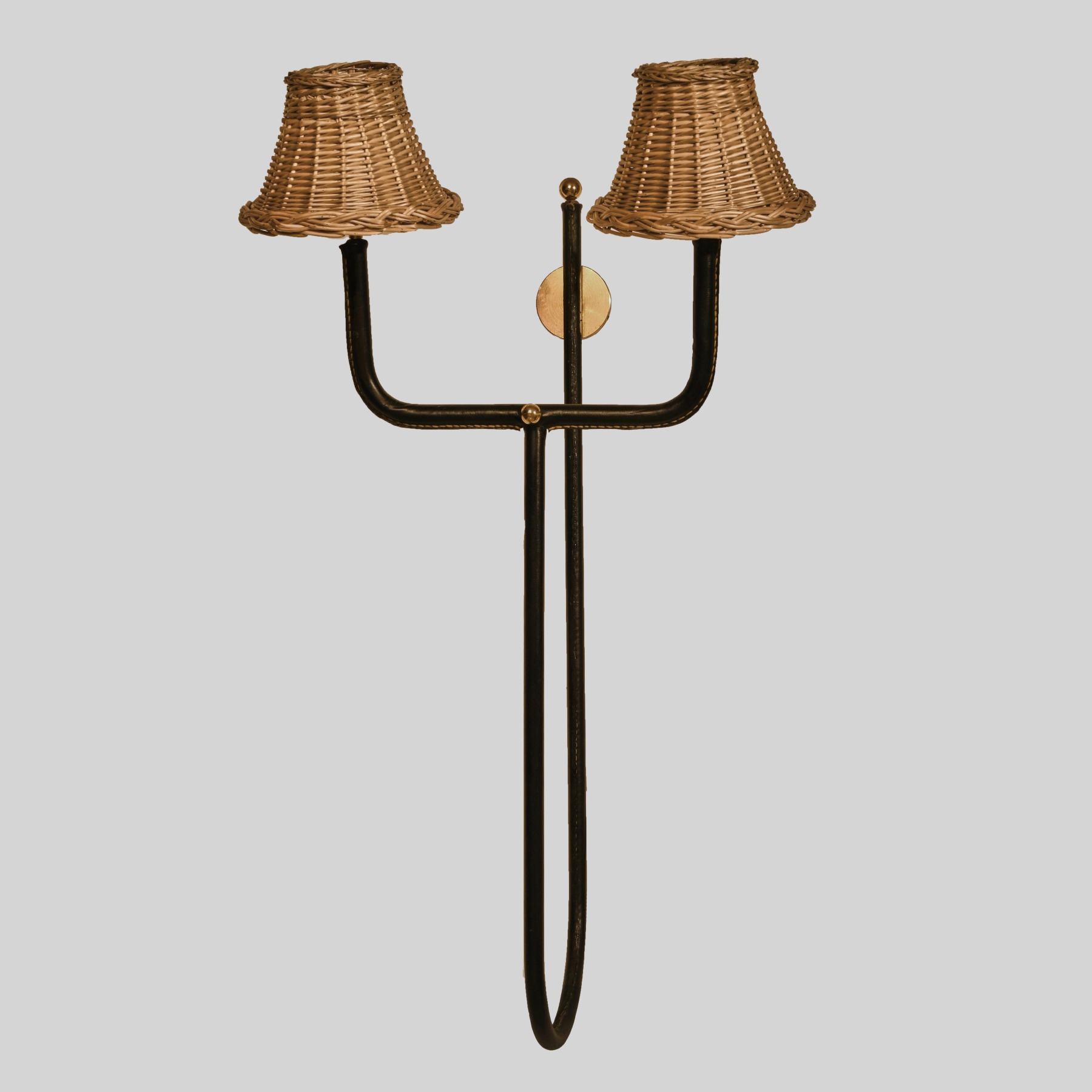 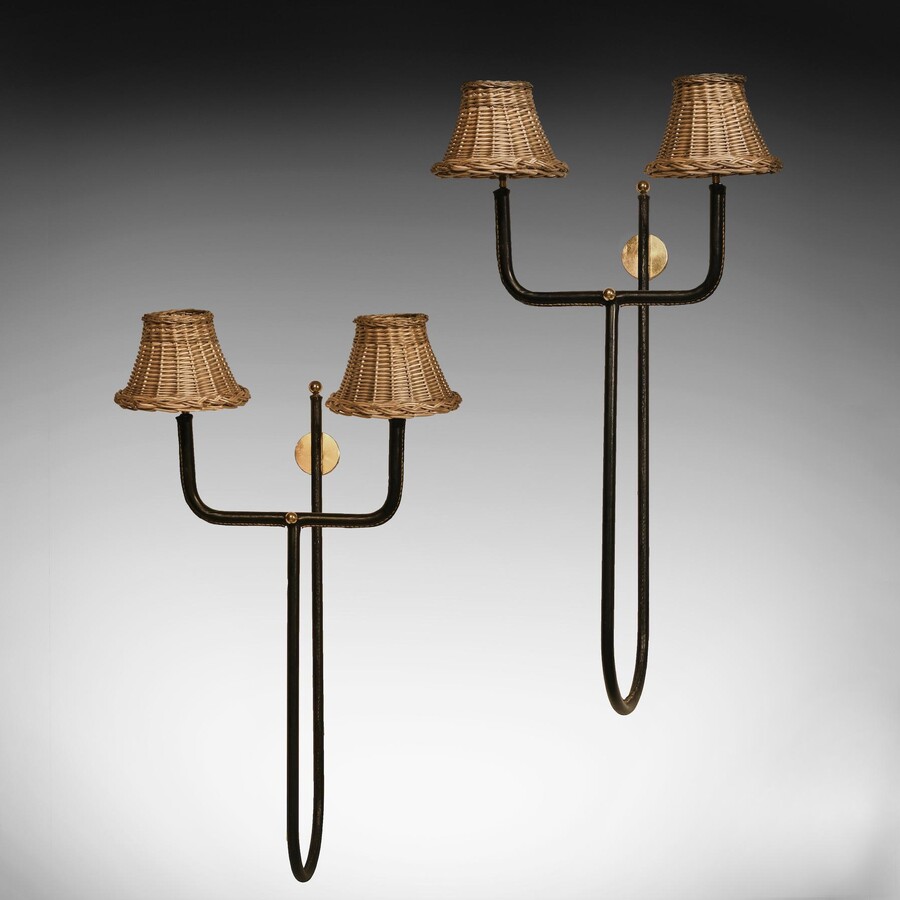 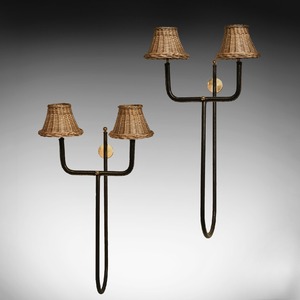 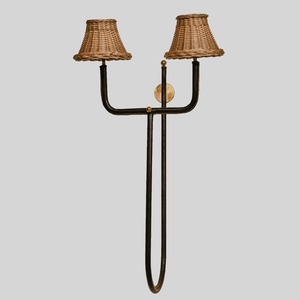 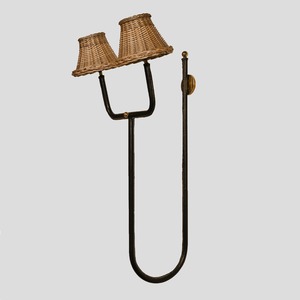 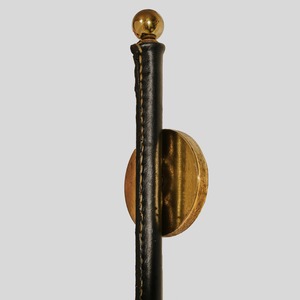 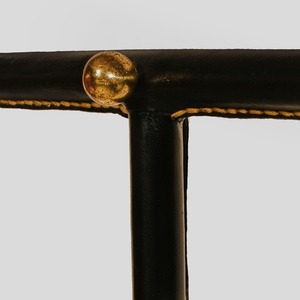 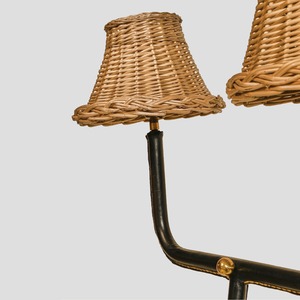 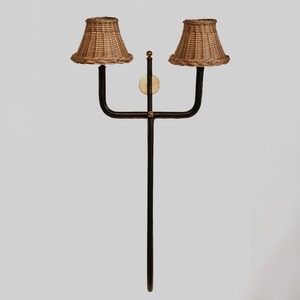 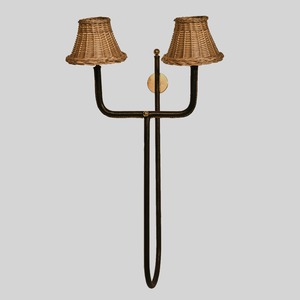 Excellent original condition having come from a private French collection, we have recently rewired.

These wall appliqués are worthy of any serious collector of important 20th Century furniture and lighting.

Adnet was one of the most important French designers and Architects of the Art Deco period and 20th Century.

An icon of the luxurious French Modernism he believed in the functional aspect of furniture combined with geometrical simplicity being inspired by pre-classical styles and was well acquainted with traditional furniture. Adnet developed his signature style of iconic leather-covered furniture in the late 1940s whilst working with Hermès.

Adnet was born in Chatillon-Coligny in the Loire valley in 1900. Until the age of 28, Jacques lived and worked hand in hand with his twin brother Jean at the Studio La Maitrise, where they met the Art Déco designer Maurice Dufrene.

From 1928 to 1960, he directed La Compagnie des Arts Francais. Adnet revolutionised the industry by being one of the first to integrate metal and glass together both as parts of the construction and decoration. His team of decorators included Francois Jourdain, Charlotte Perriand and Georges Jouve. Adnet presided over the Salon des Artistes Decorateurs from 1947 to 1949.