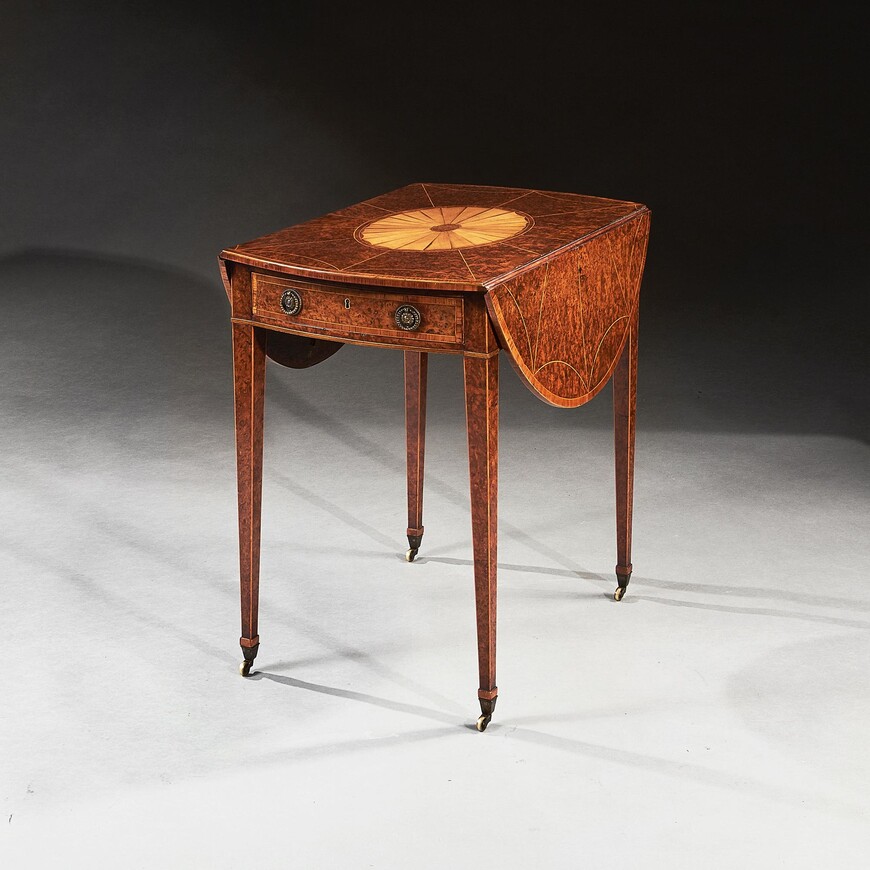 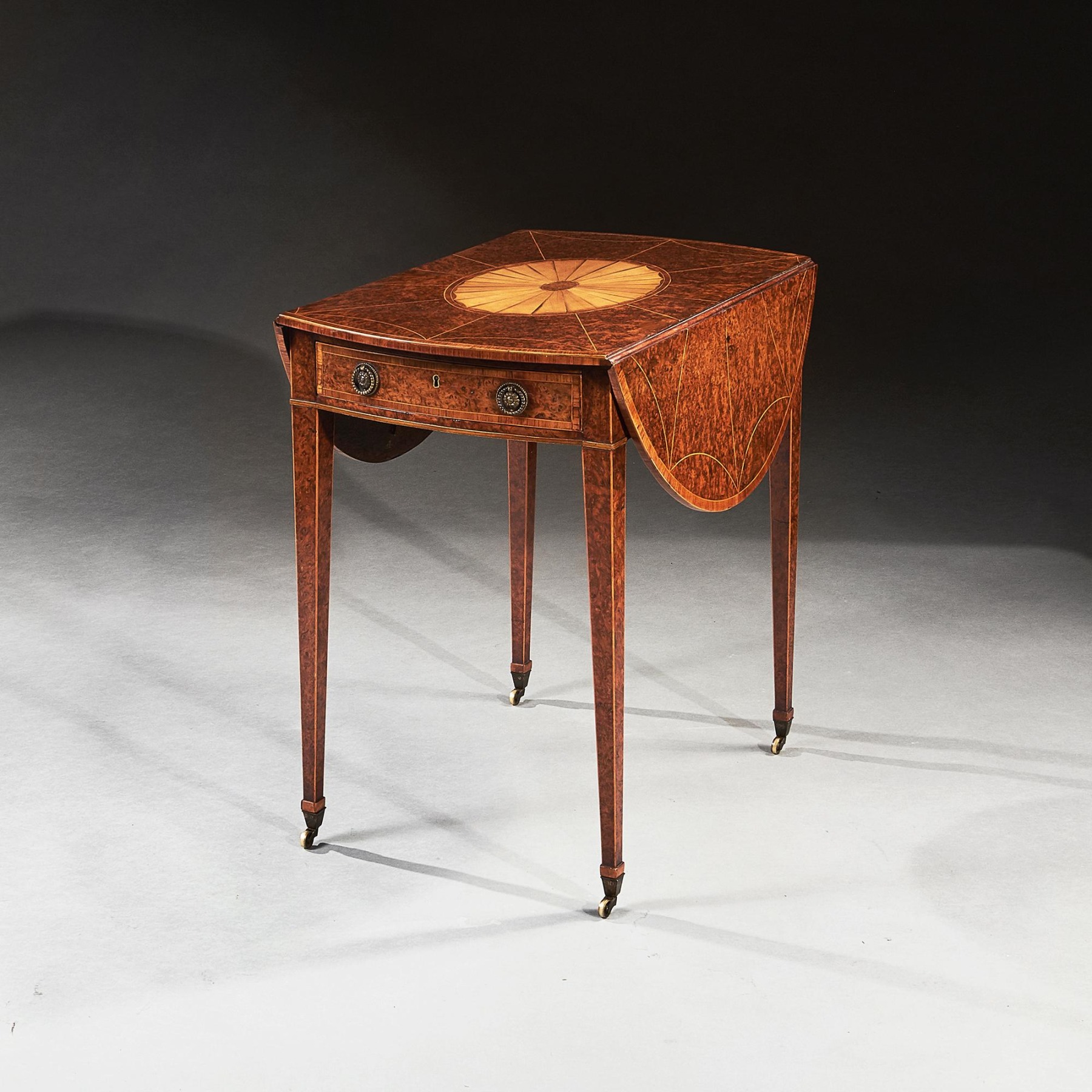 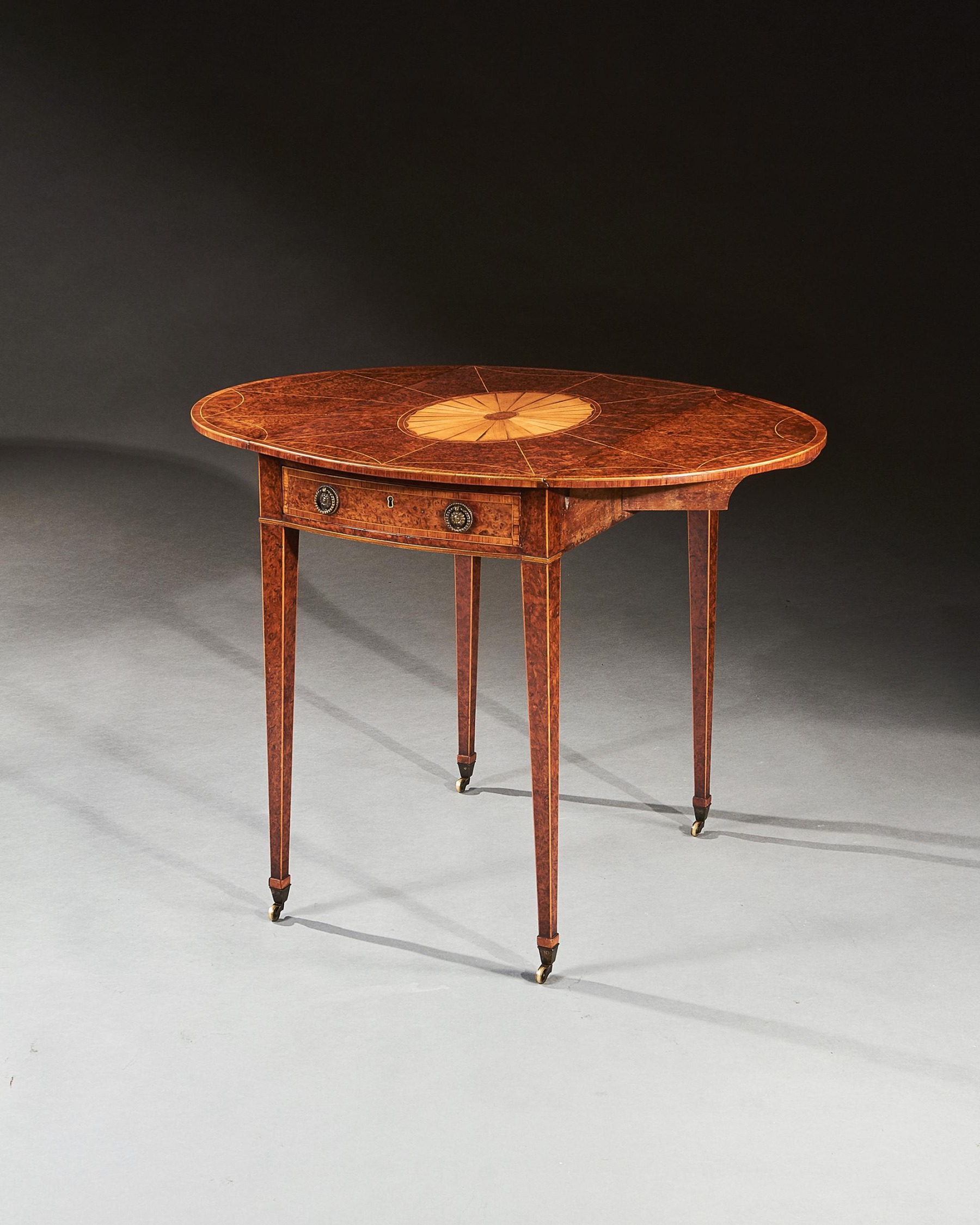 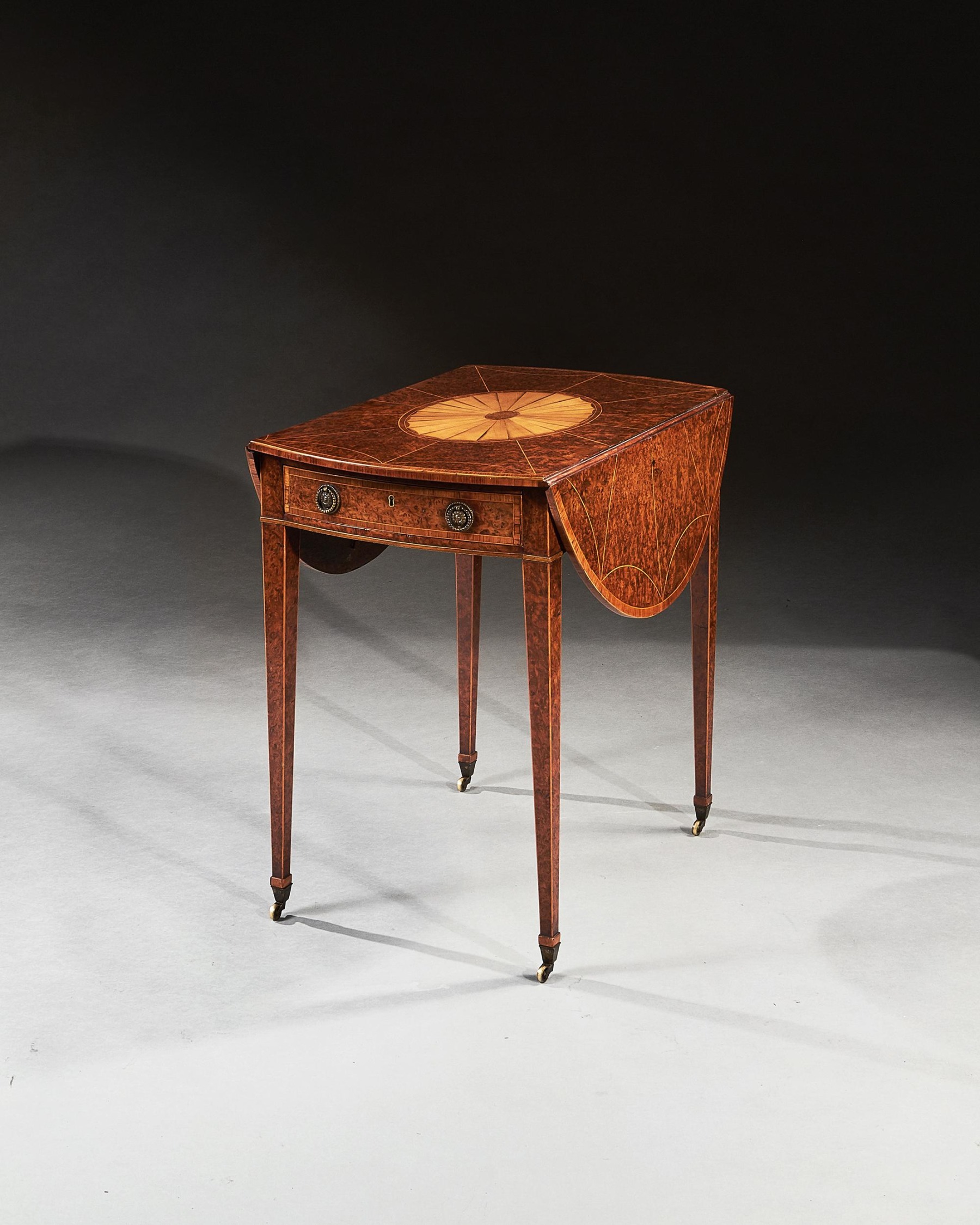 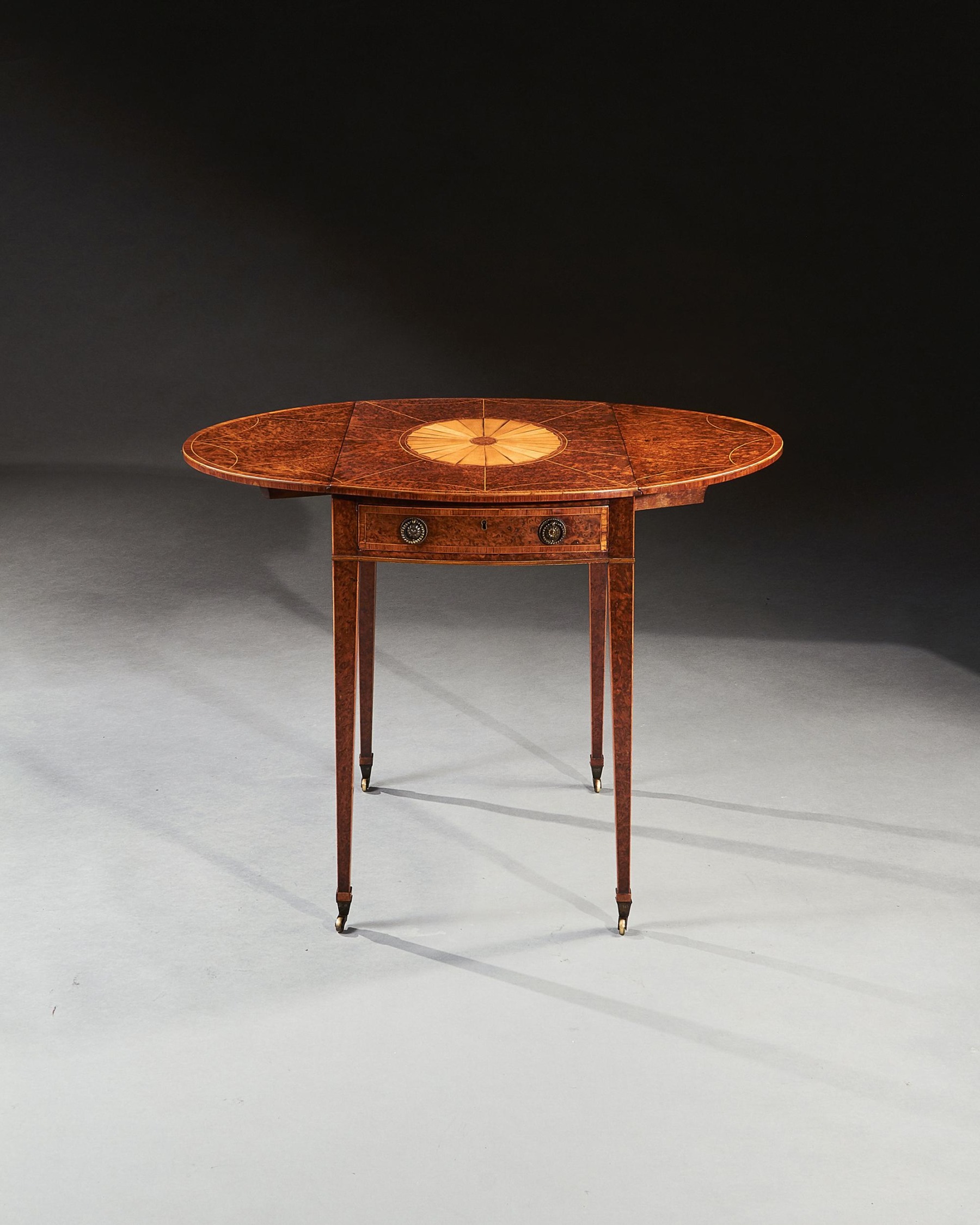 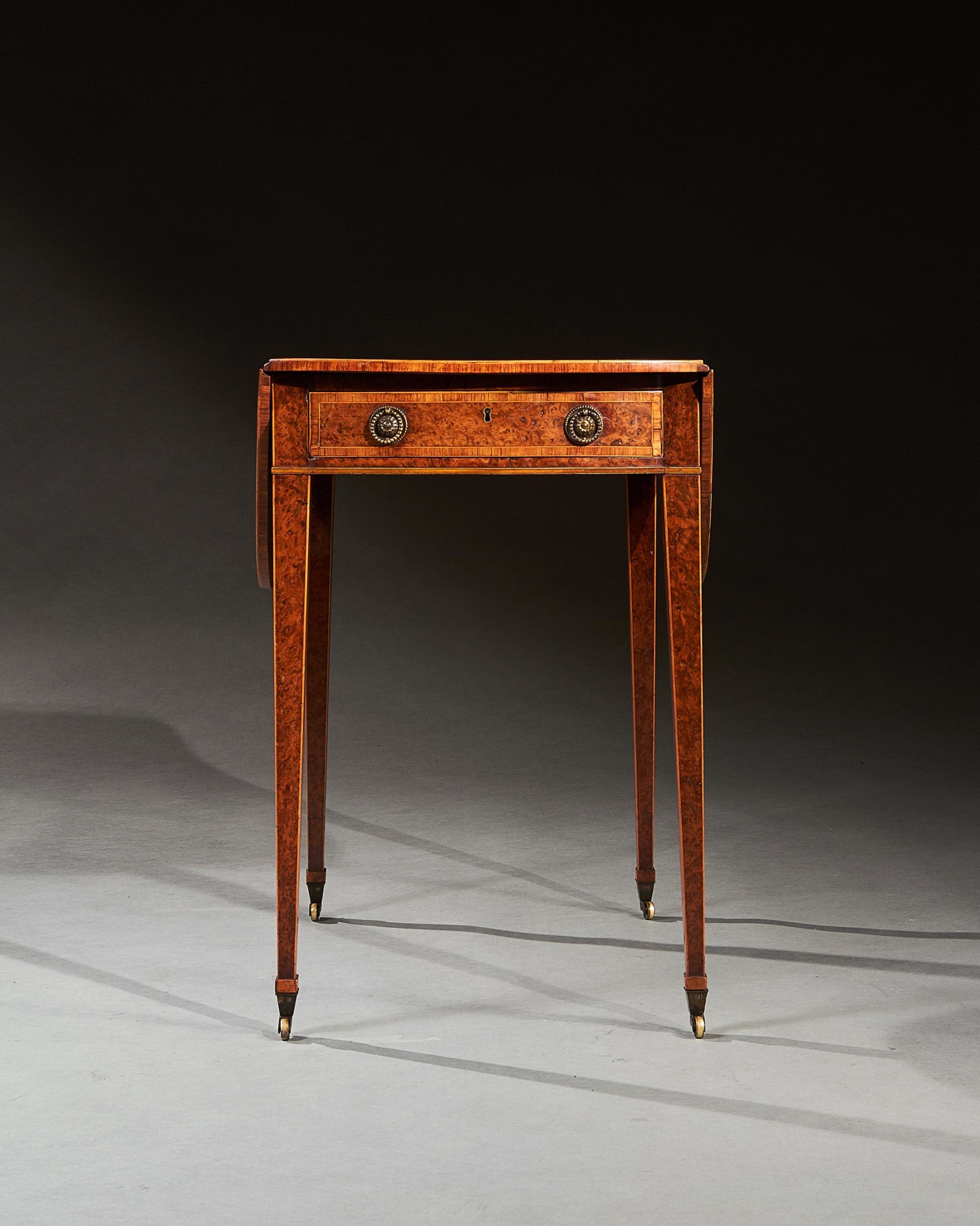 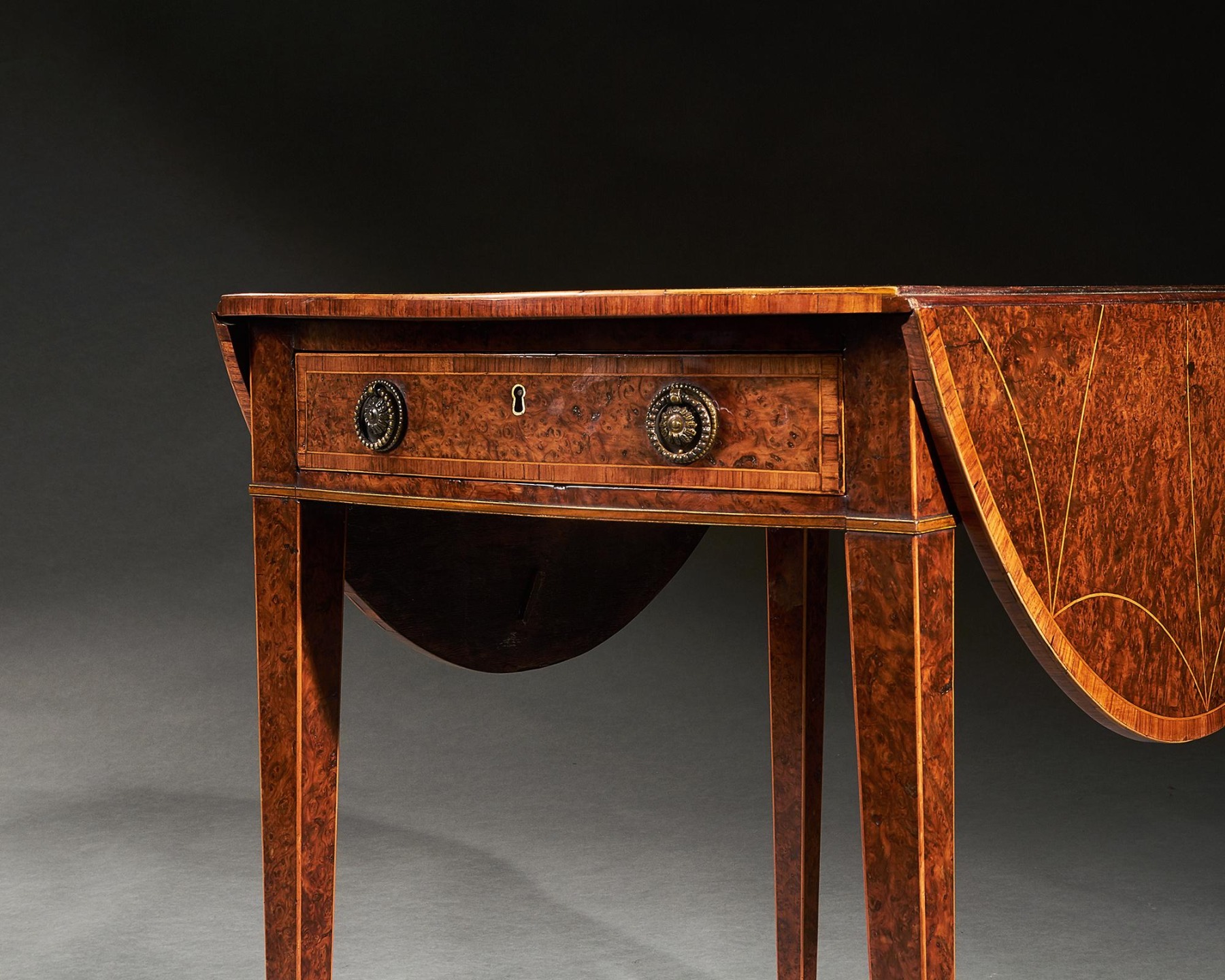 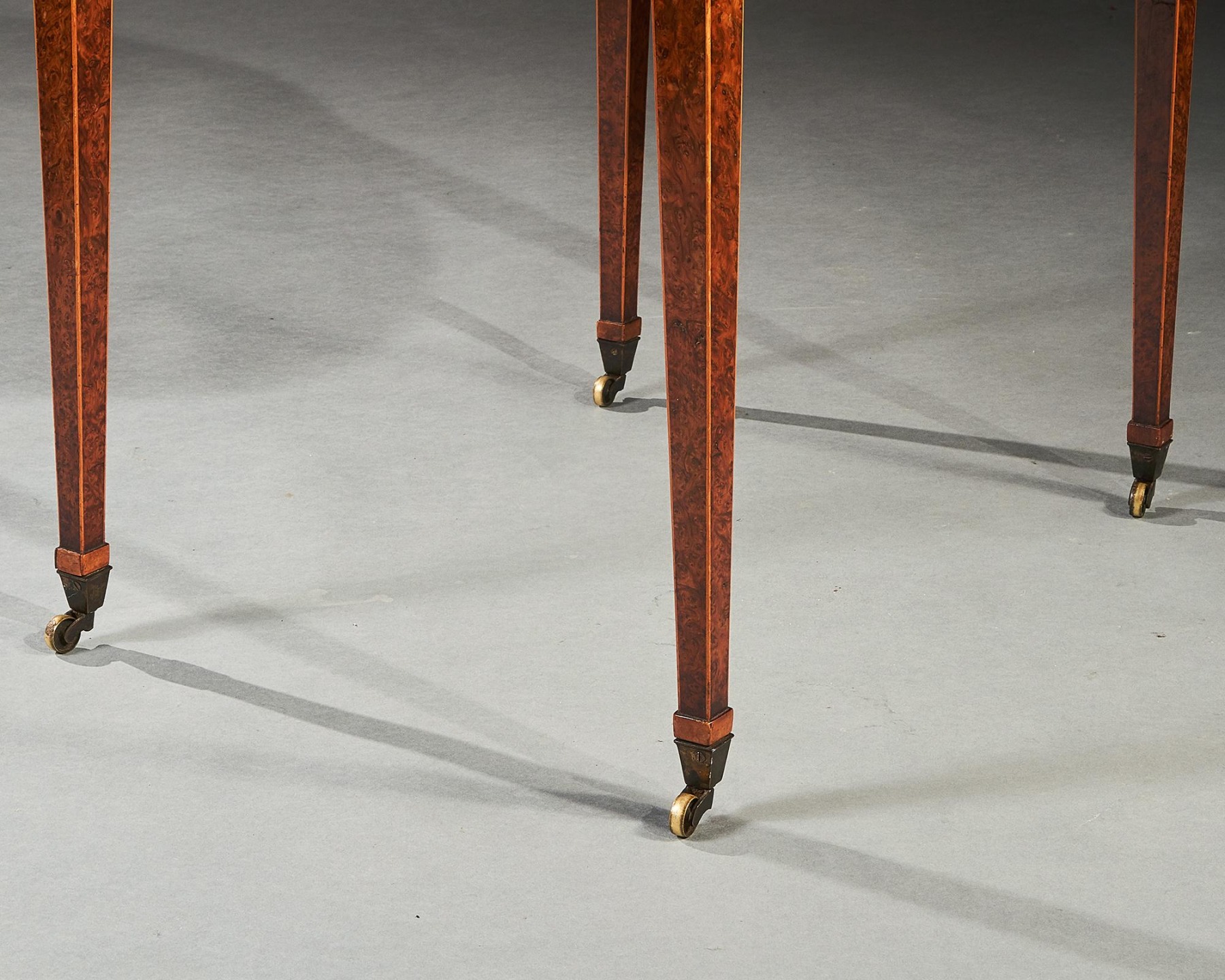 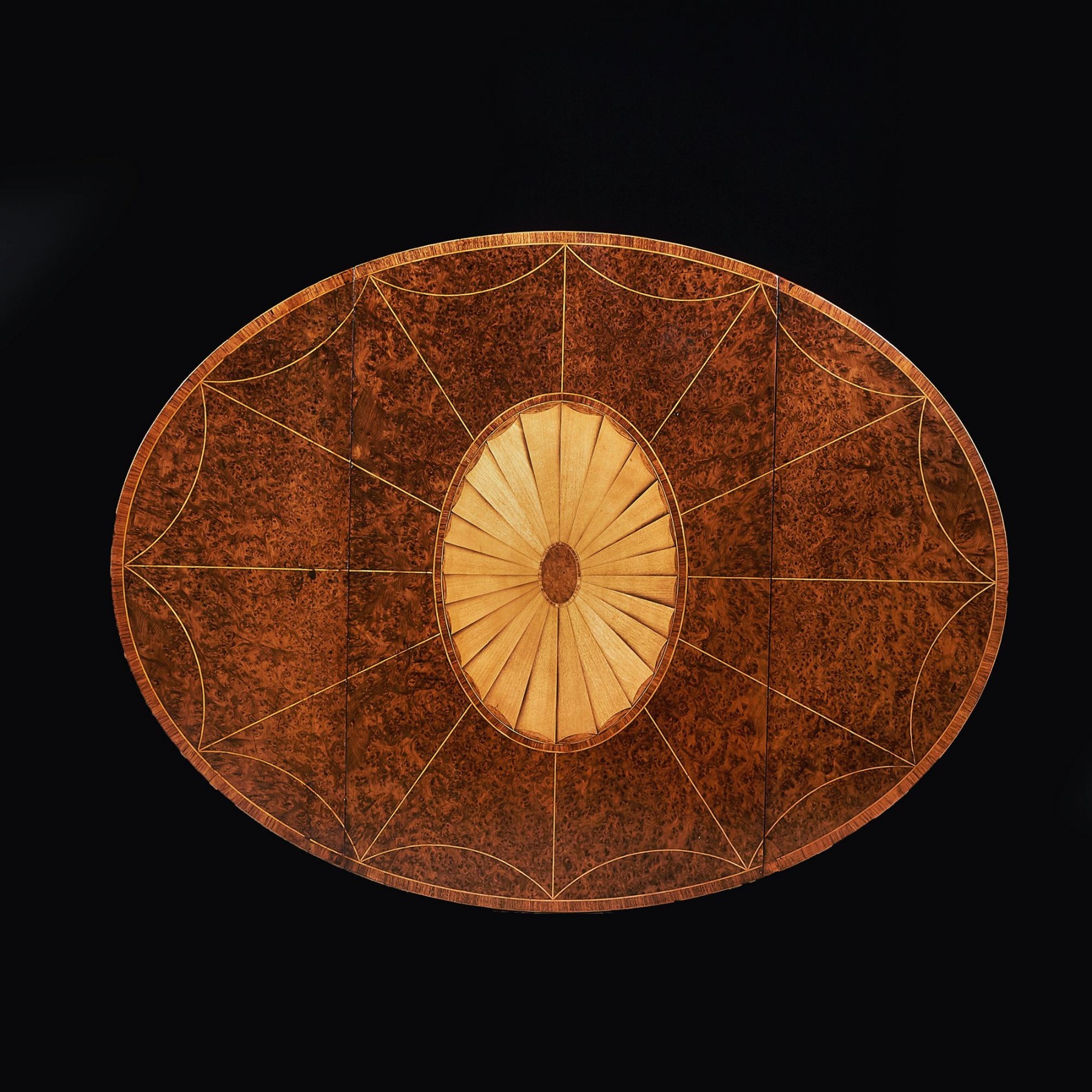 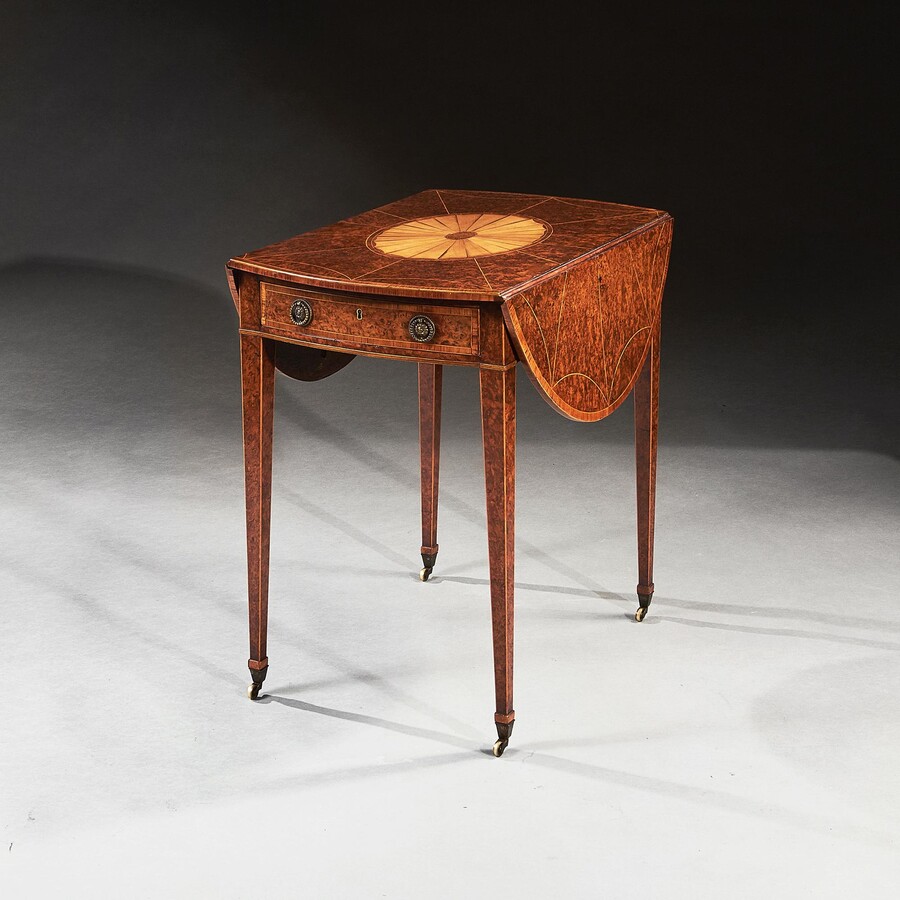 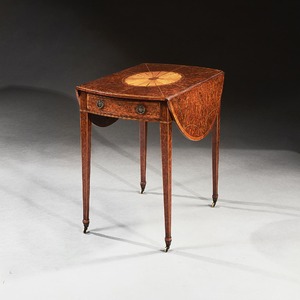 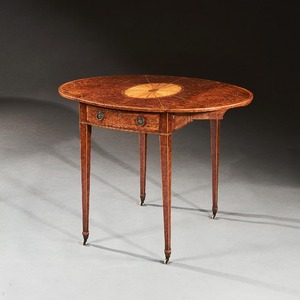 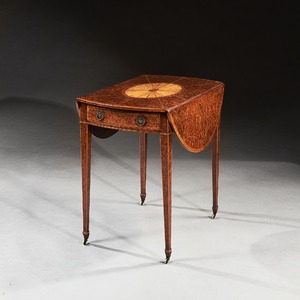 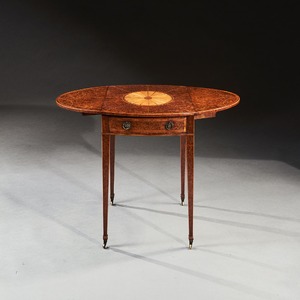 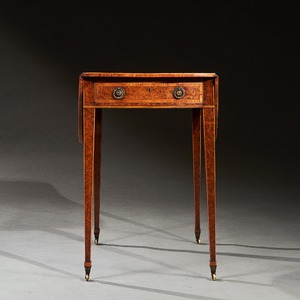 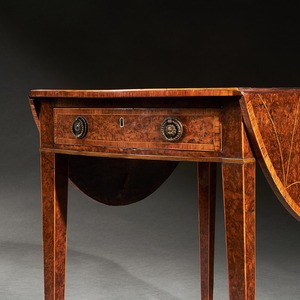 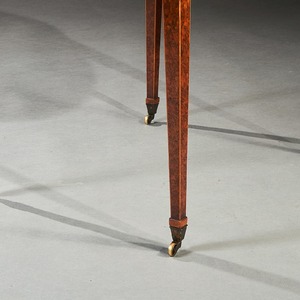 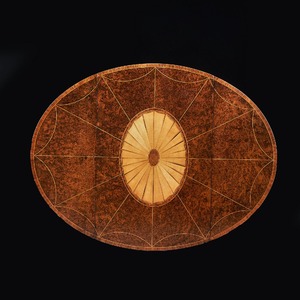 English (almost certainly London made) circa 1785.

Of oval form, the yew-wood veneered drop leaf top centered by a banded fanning oval within radiating ‘spiders-web’ boxwood stringing and tulipwood banded boarder, over a bowed oak lined banded drawer with later brass pulls on square boxwood strung tapering legs with collared feet, brass caps and castors. Castors old but most probably later, table of fine colour having an historic repair to the joint of one leaf to no detriment.

The opposite side mirroring the front with a false drawer.

Having some of the finest yew-wood veneers this table would most definitely have been London produced. During the late 18th Century yew-wood was a scarcely used timber due to rarity and cost, especially on a large scale, indicating it is likely this table has been made by one of the top makers of the period. Yew wood was more often seen in smaller objects of the period such as tea caddies and knife boxes.

An almost identical table sold through Christies auction house below…

As kindly pointed out by professional furniture researcher Christopher Coles who had coincidently, just weeks before we published the pembroke table, been on a visit to Polesden Lacey in Surrey (national trust) and found that there is indeed an identical pembroke table situated at Polesden Lacey which has clearly come from the same workshop.

Images can be seen below in the national trust collection….