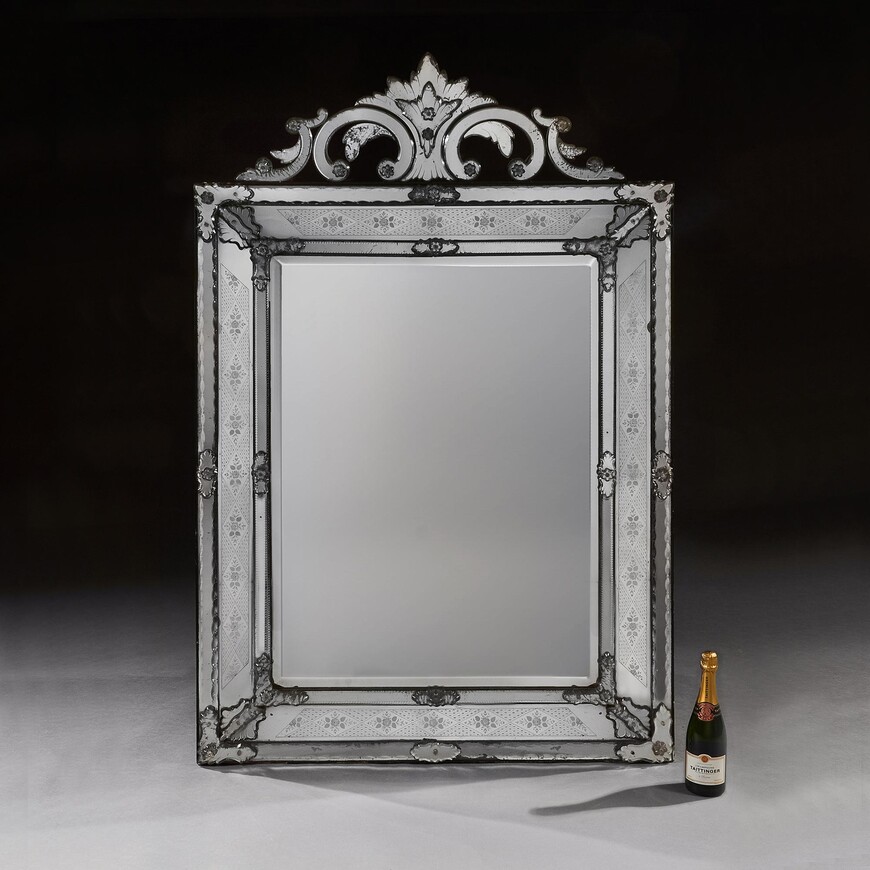 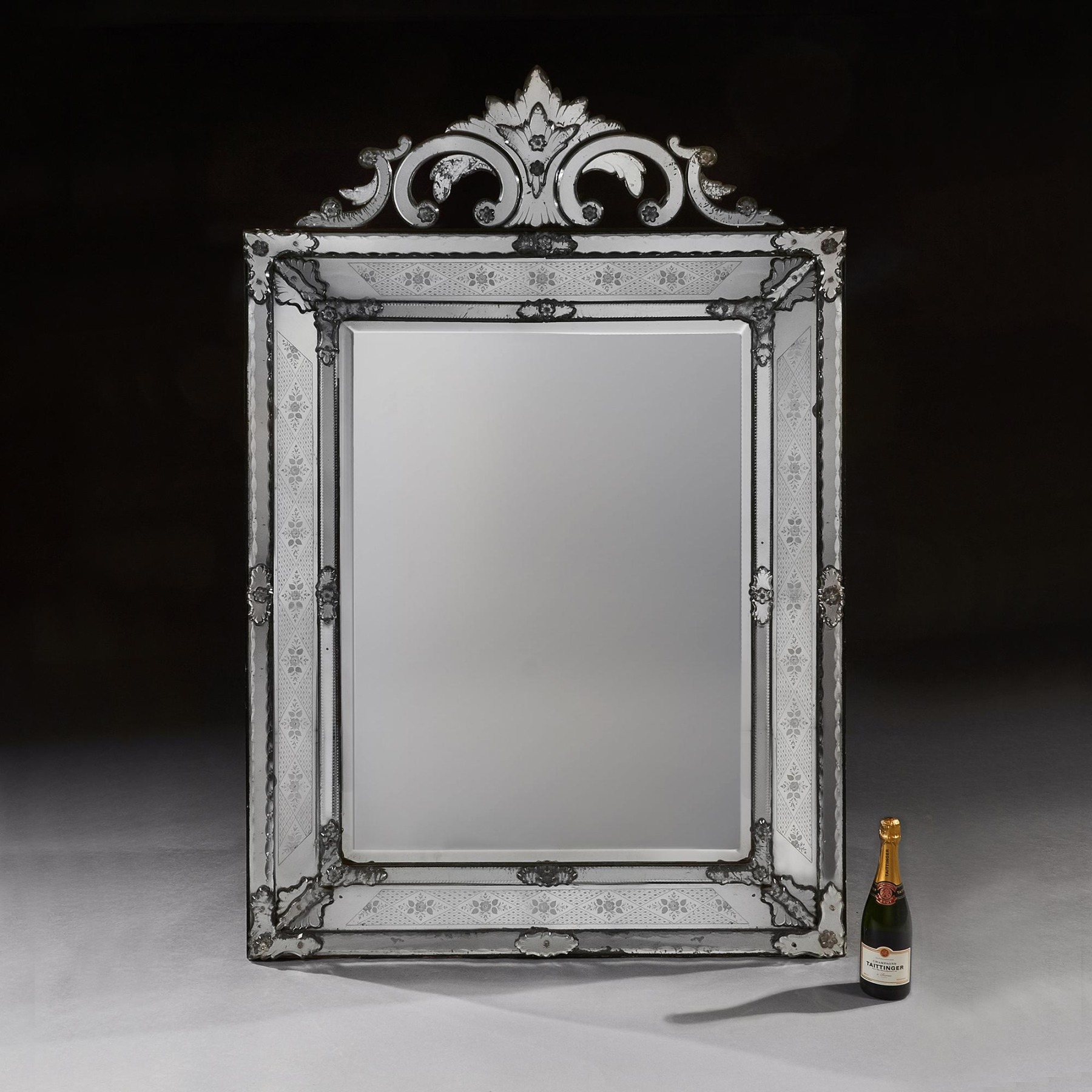 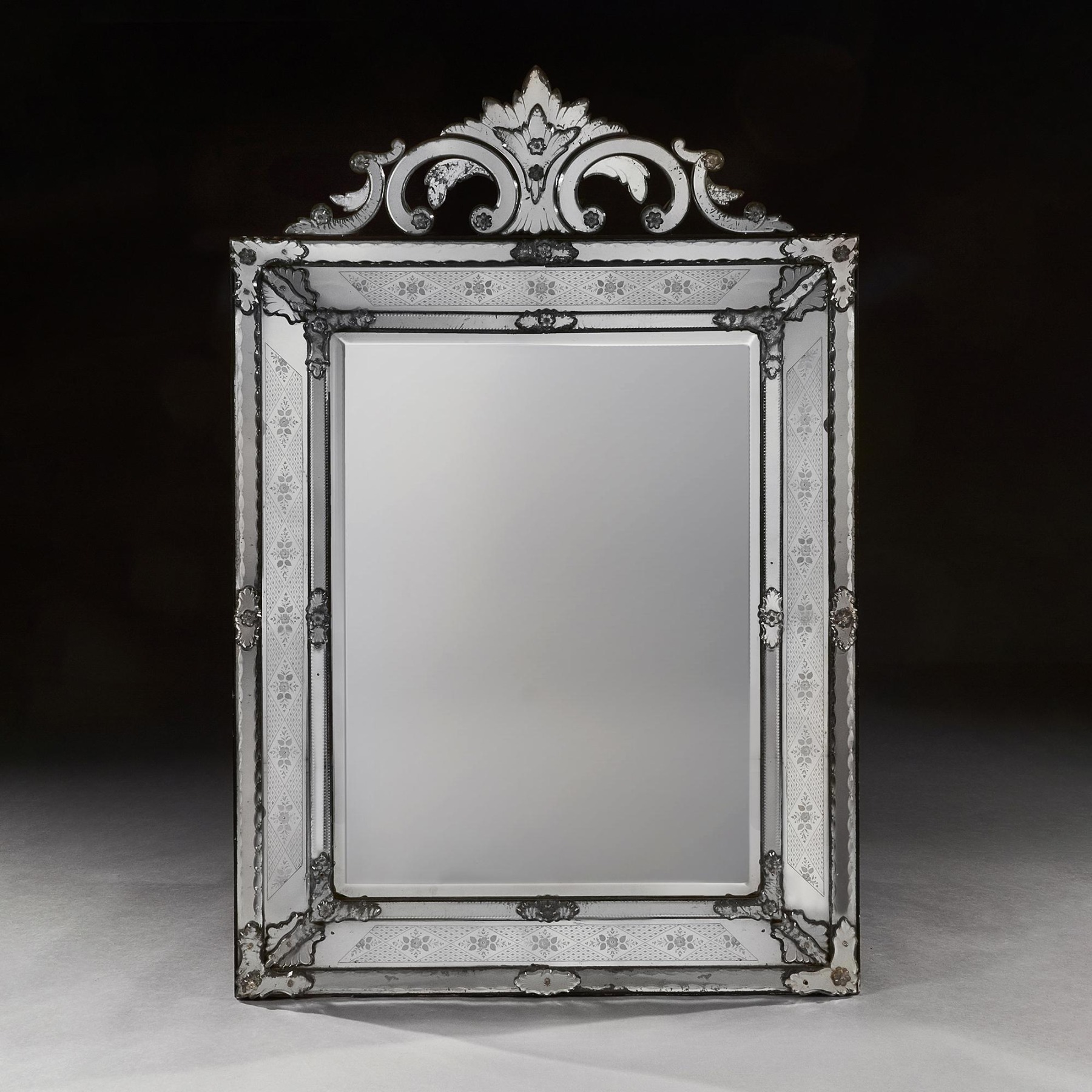 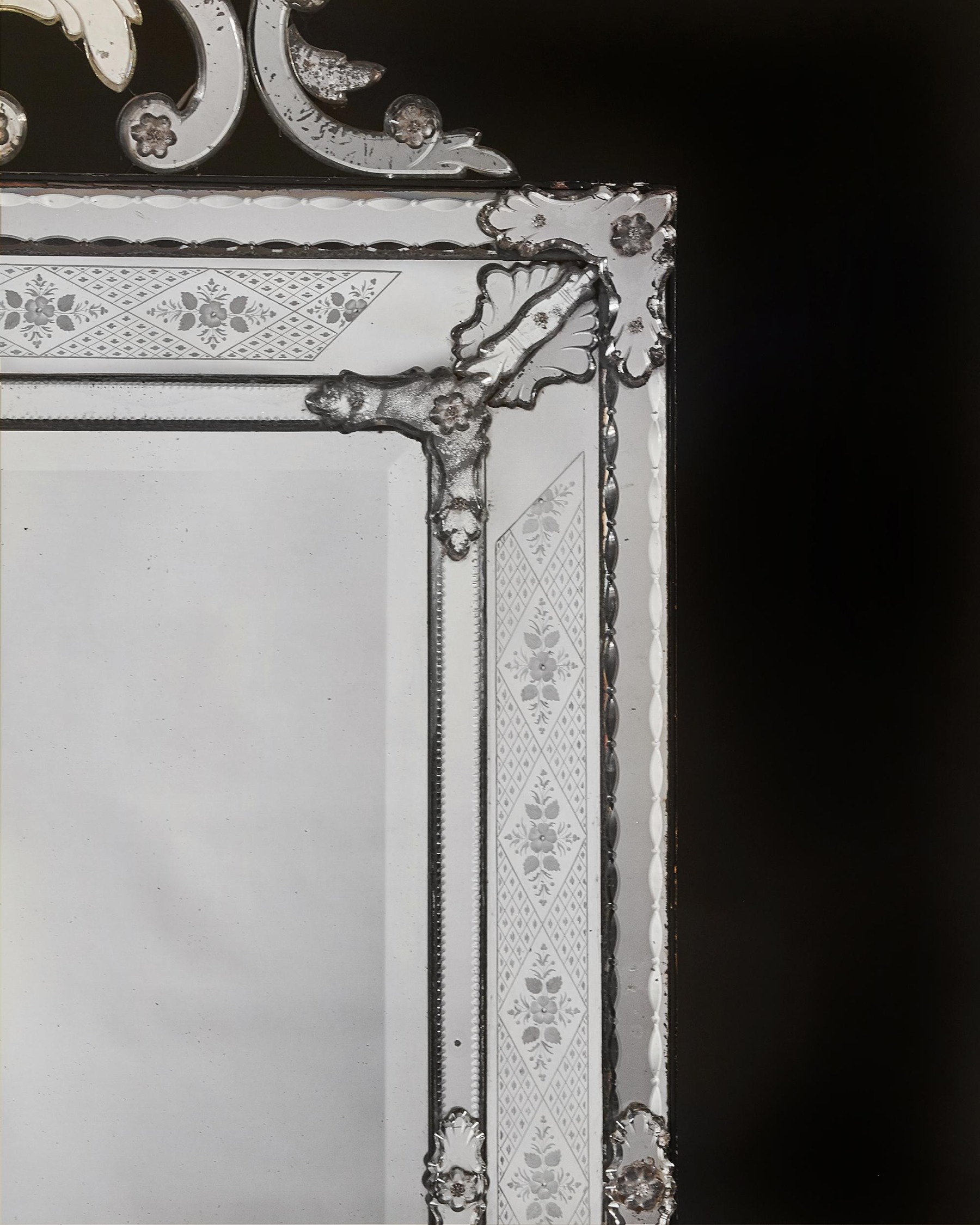 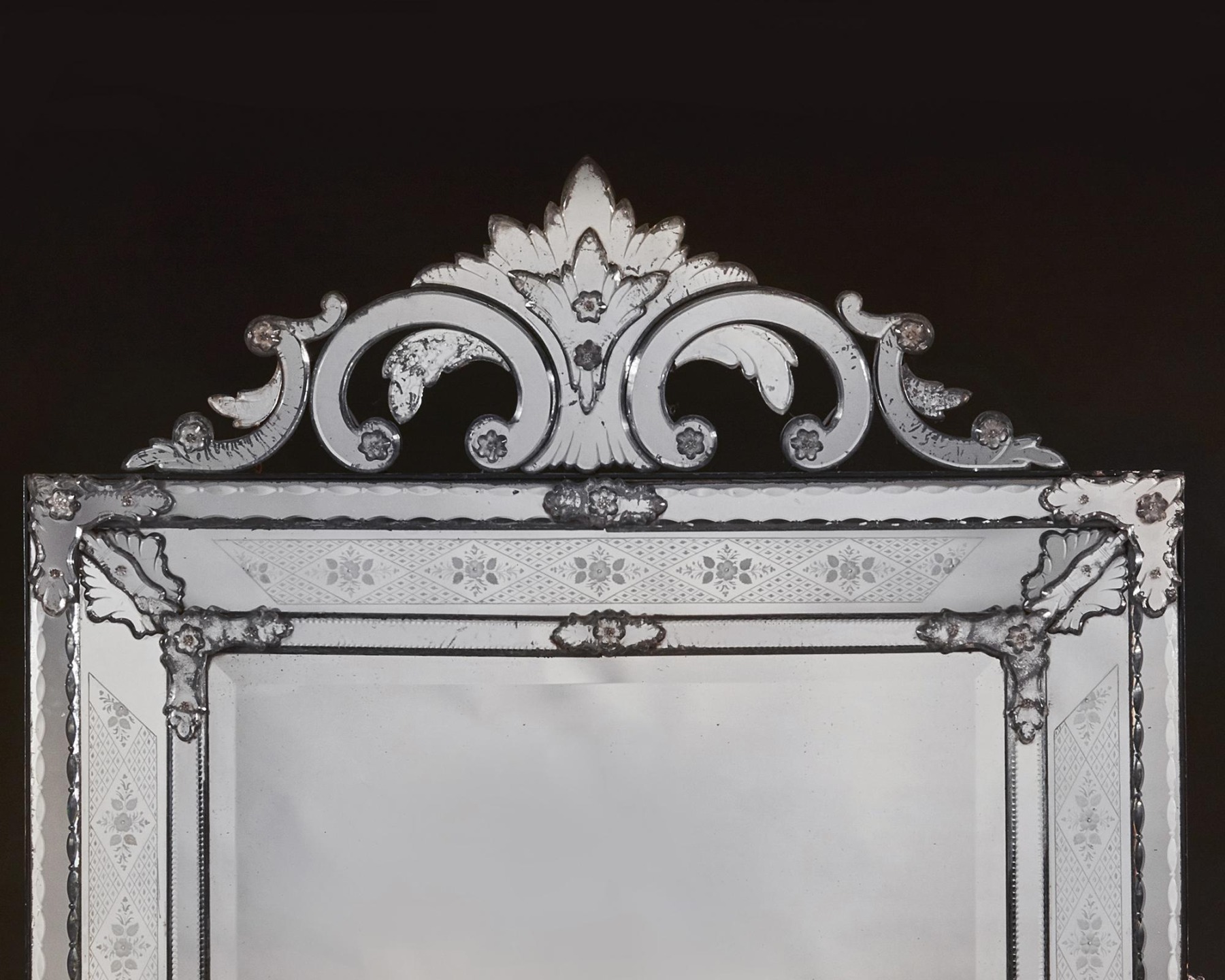 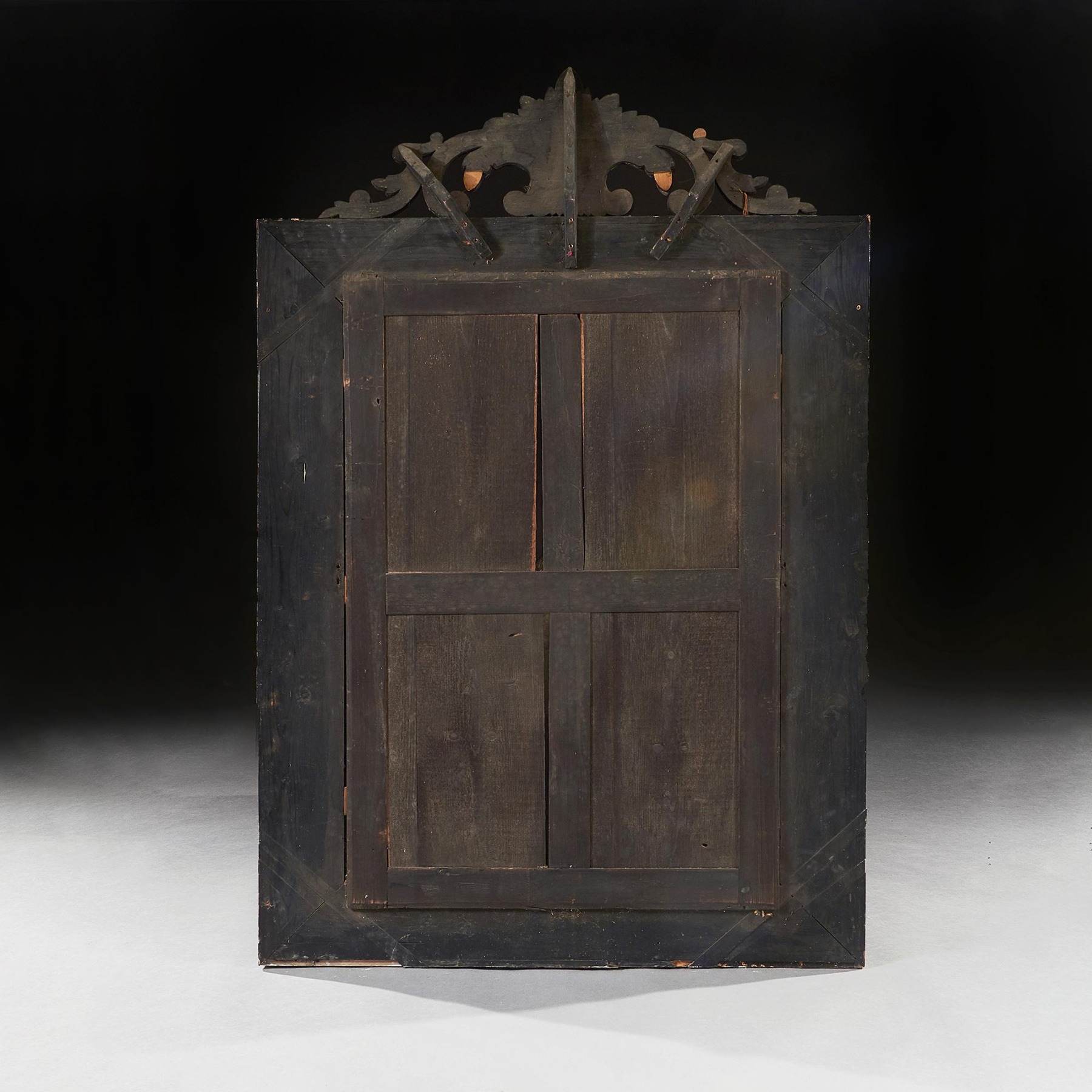 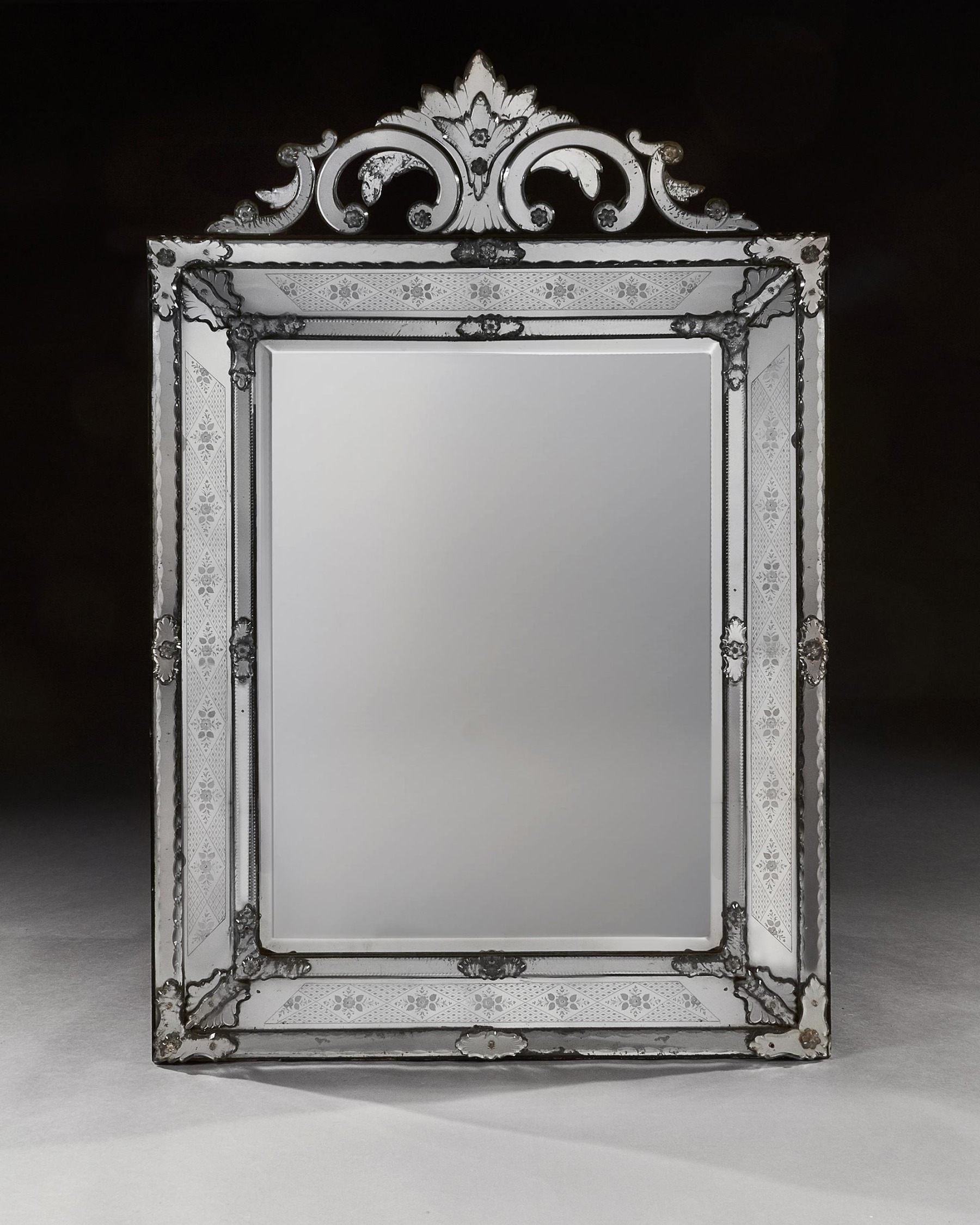 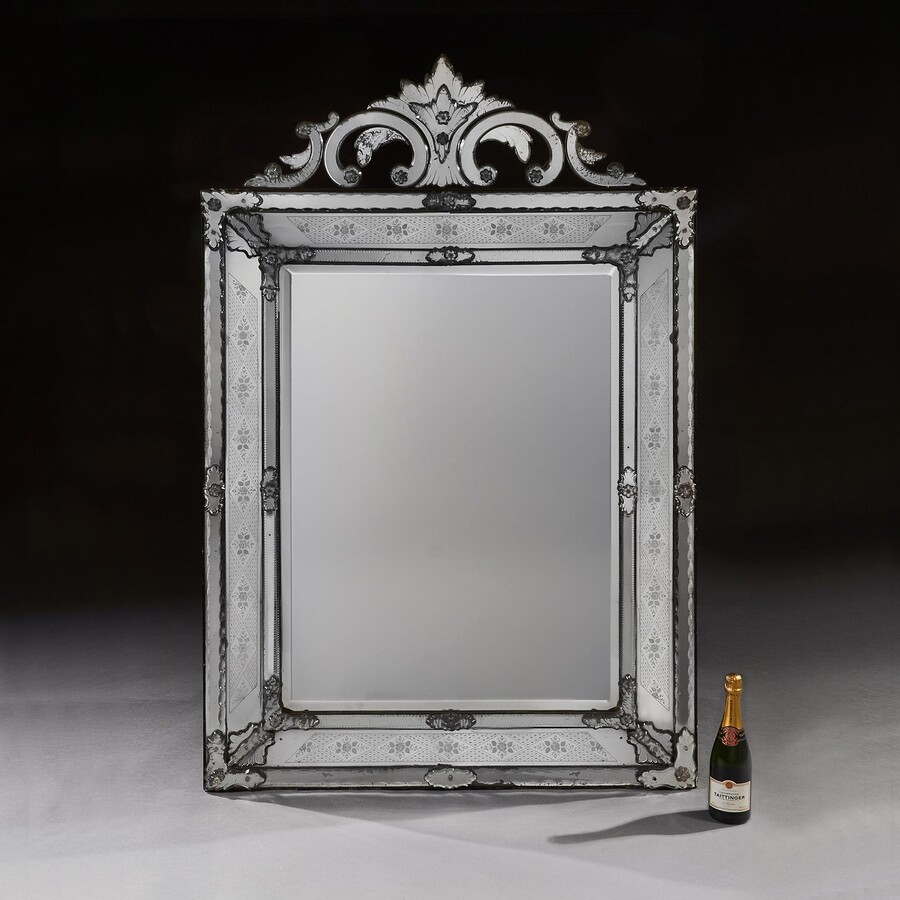 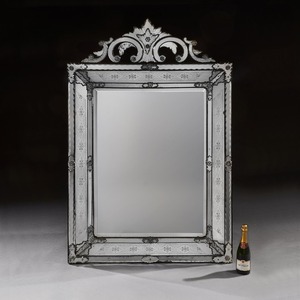 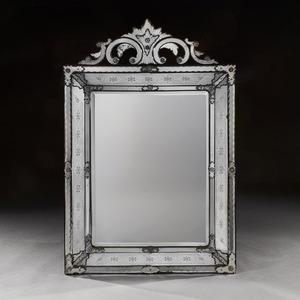 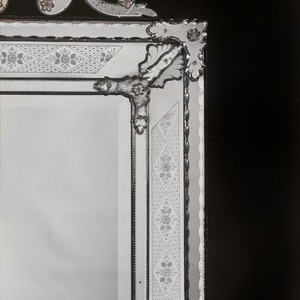 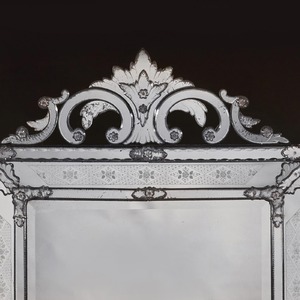 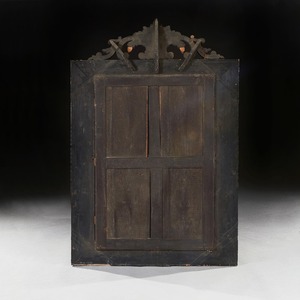 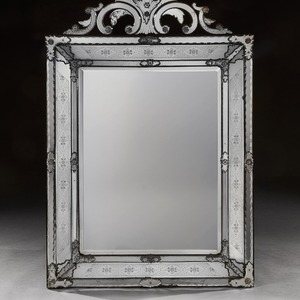 Outstanding quality and rare to find of this scale at 5ft 4 inches  . The mirrored crest formed of double scrolls over a bevelled oblong plate enclosed by boarder glasses having reverse etched flower filled lozenges within diaper-filled panels, having shaped and bevelled corner clasps.

This mirror looks to have been commission made and would have adorned an opulent European castles or estate.

About Venetian and Murano Glass

Italian glassware mostly comes from the island Murano in Venice and is famed for its quality and skillful manufacture, using techniques that were originally developed in the 13th century and are still jealously guarded today.

In 1291 all glassmakers living in Venice were ordered to move to Murano for the theory that glass factories often caught fire and the building in over populated Venice where constructed of timber.

It’s worth noting that not all historians believe the theory that the glass artisans were relocated to protect them from setting fire to Venice. Many believe the true motive for this law was to isolate them so they wouldn’t be able to disclose trade secrets.

Not only were the artisans banished to Murano, but another law passed in 1295 that further forbade the glassmakers from even leaving the island. In spite of this, they were treated as the island’s most prominent citizens and enjoyed a heightened social status and lifestyle. Allowed to wear swords, they were protected from prosecution by the Venetian state, did not work during summers, and their daughters were married into Venice’s most affluent families.

In 1687 three Murano glassmakers were bribed and brought secretly to France where they exposed the Venetian's glass mirror making secrets. The mirror making monopoly was then broken. The French went on to improve upon those techniques and soon invented a new method for casting glass in larger sheets to form a reflective surface.

This new technique, though difficult and dangerous, allowed for much larger sheets of flat glass, and ushered in a new age of decorating with mirrors. Just a few years after this discovery, work began on the famed Hall of Mirrors in the Palace of Versailles. This magnificent room featured 306 massive mirrors...a feat never seen before in the history of mankind! Because of these glass surface mirrors, this room became the most famous interior in the world.