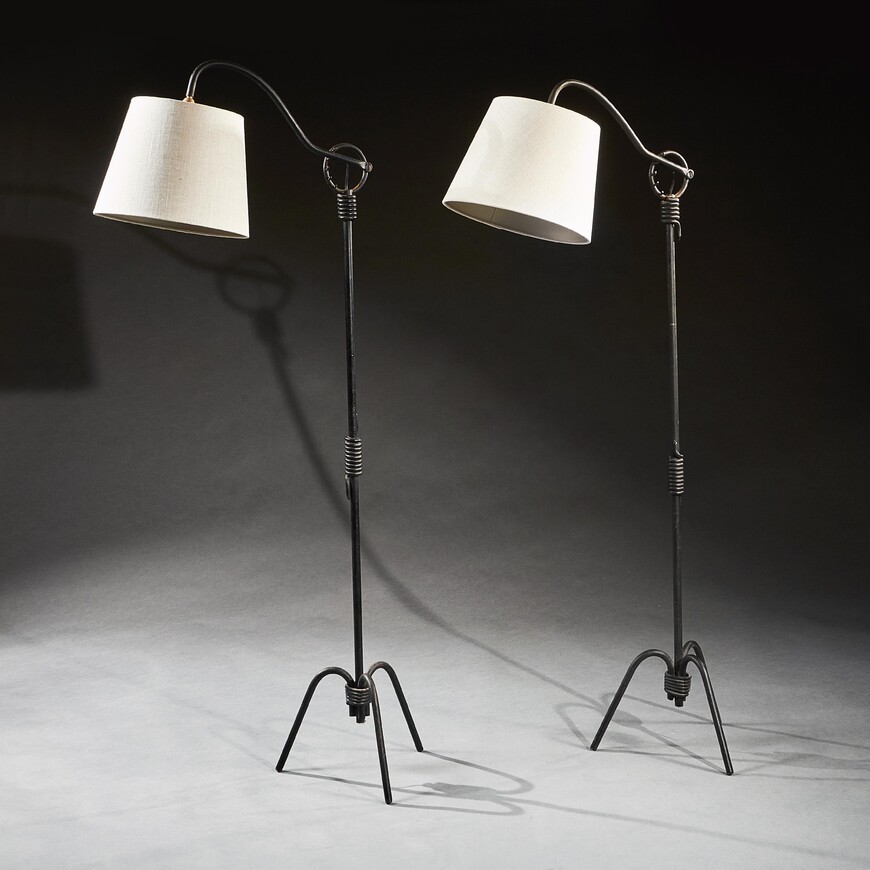 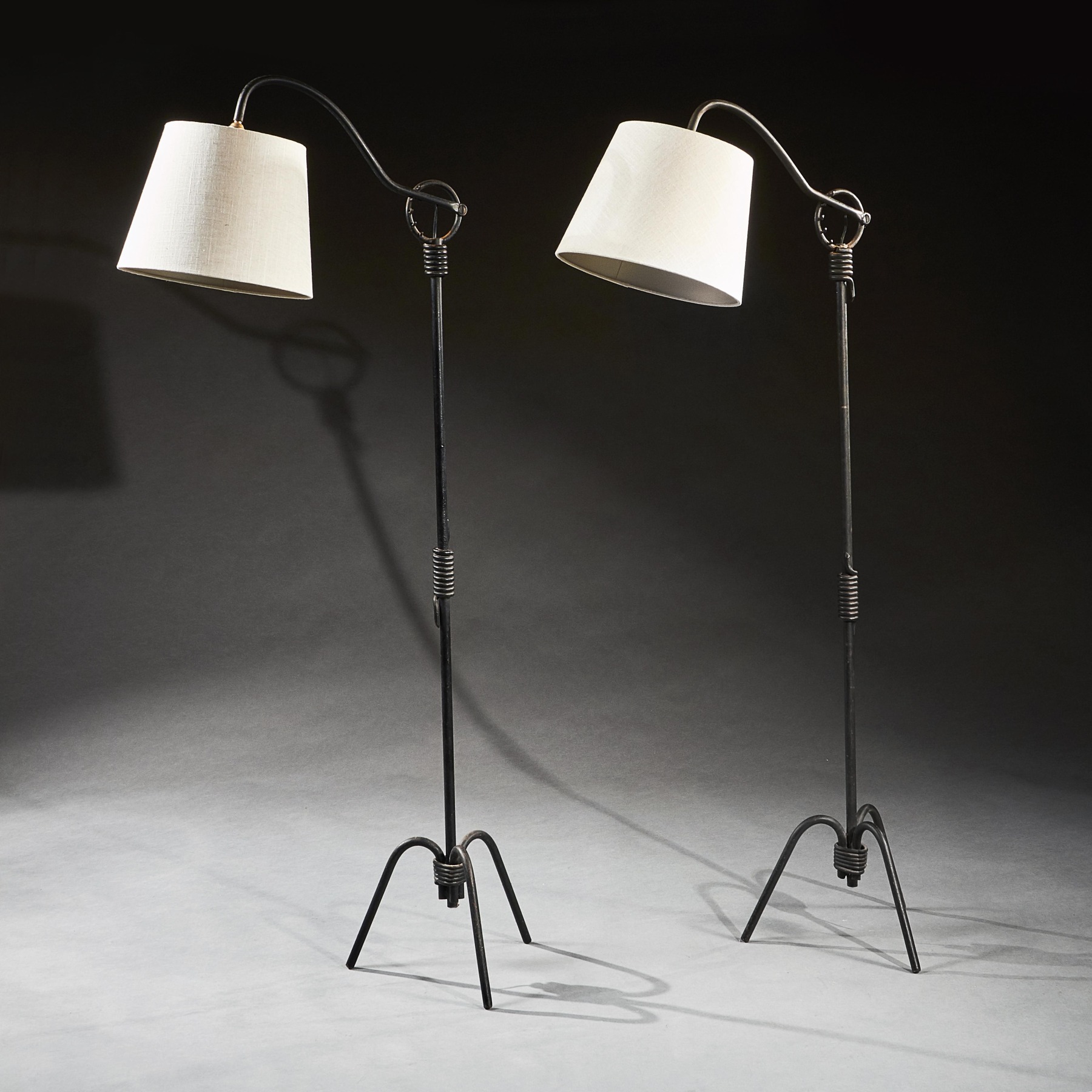 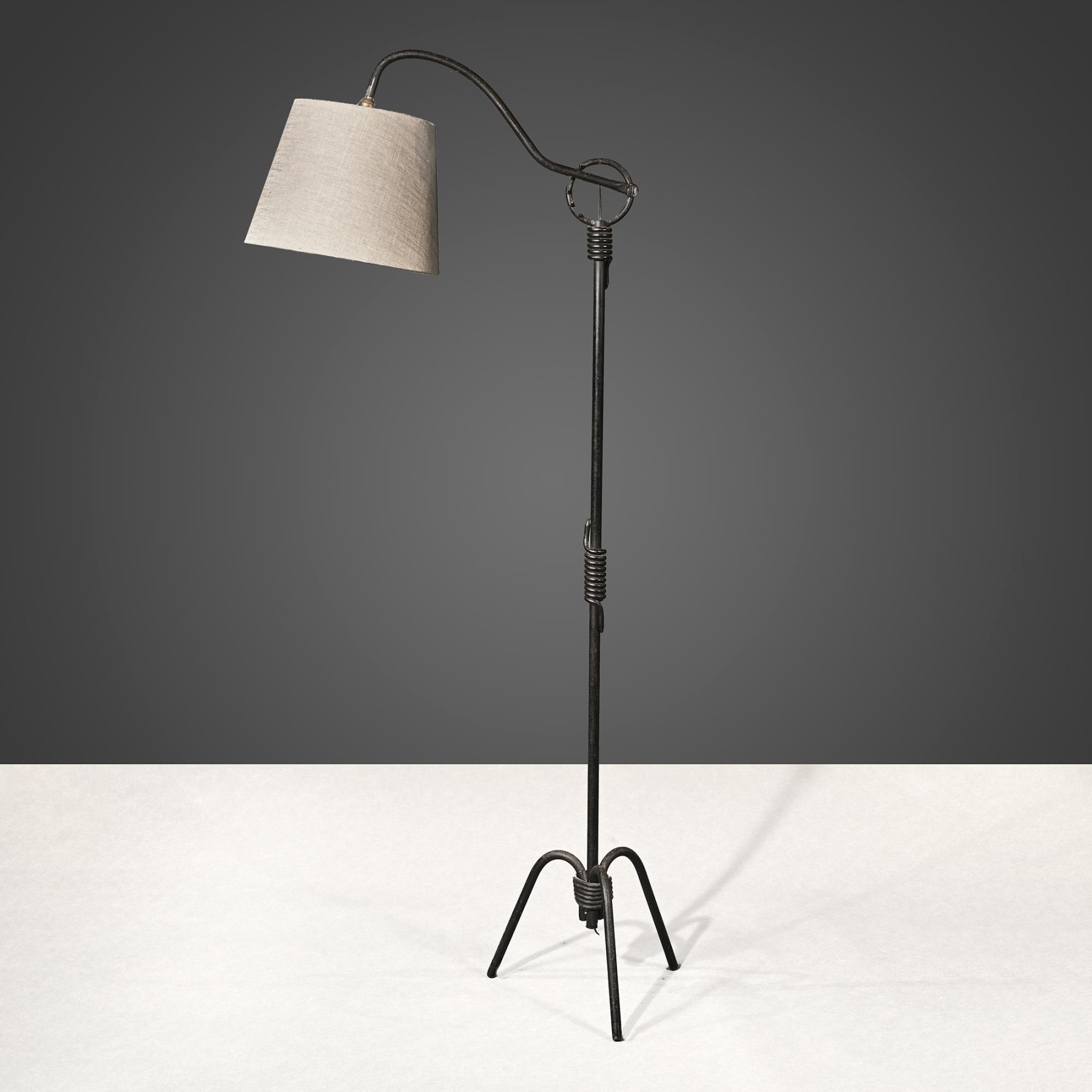 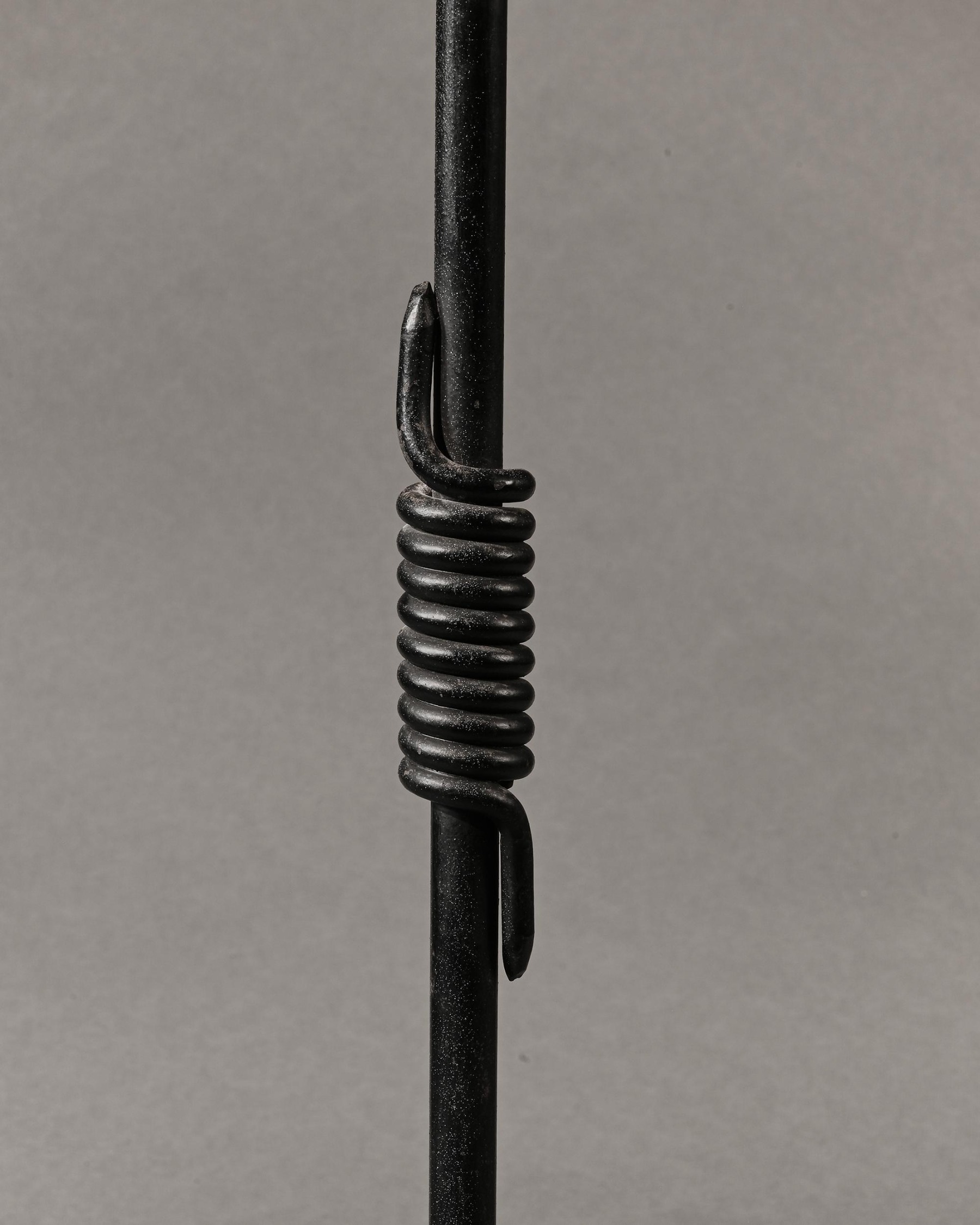 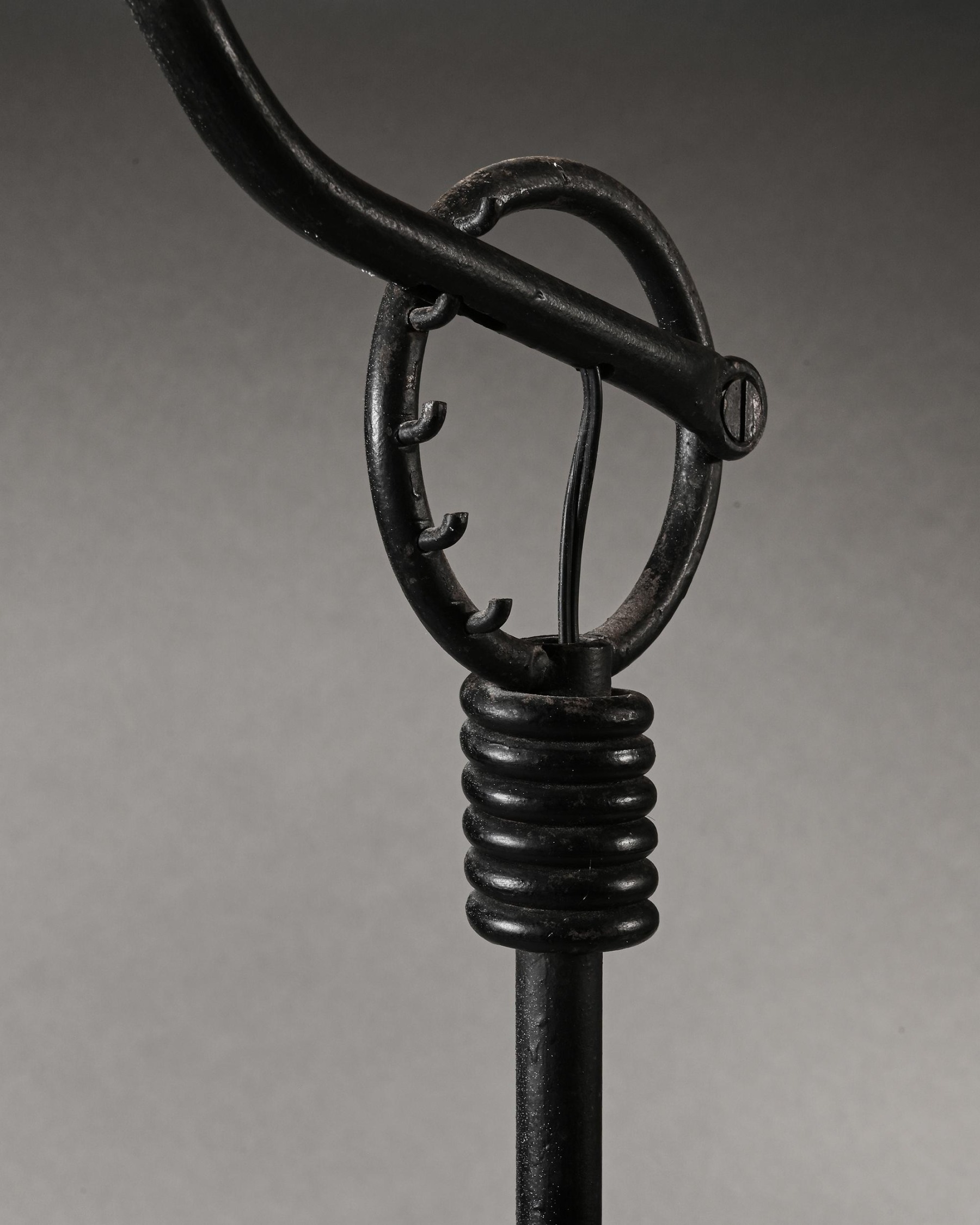 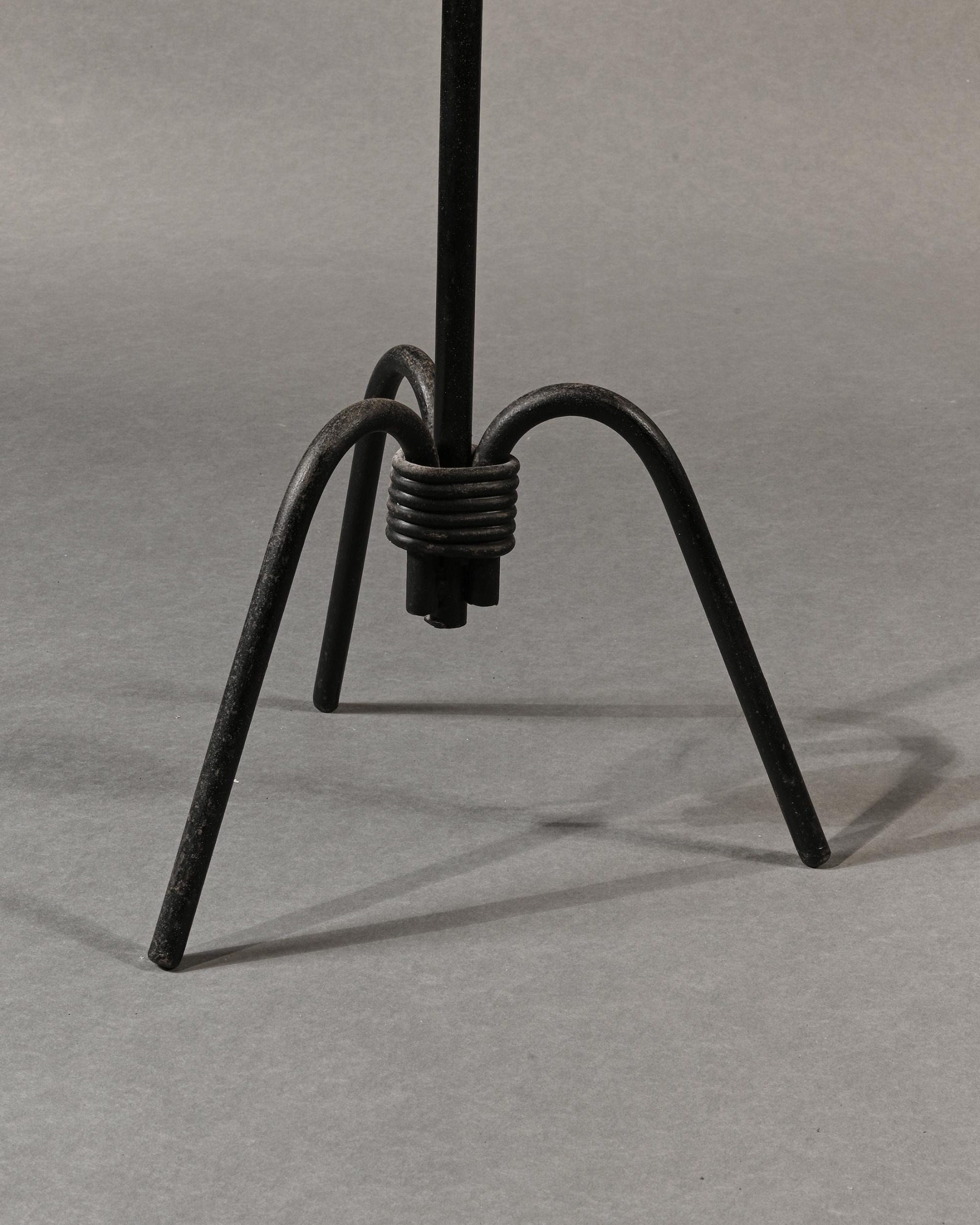 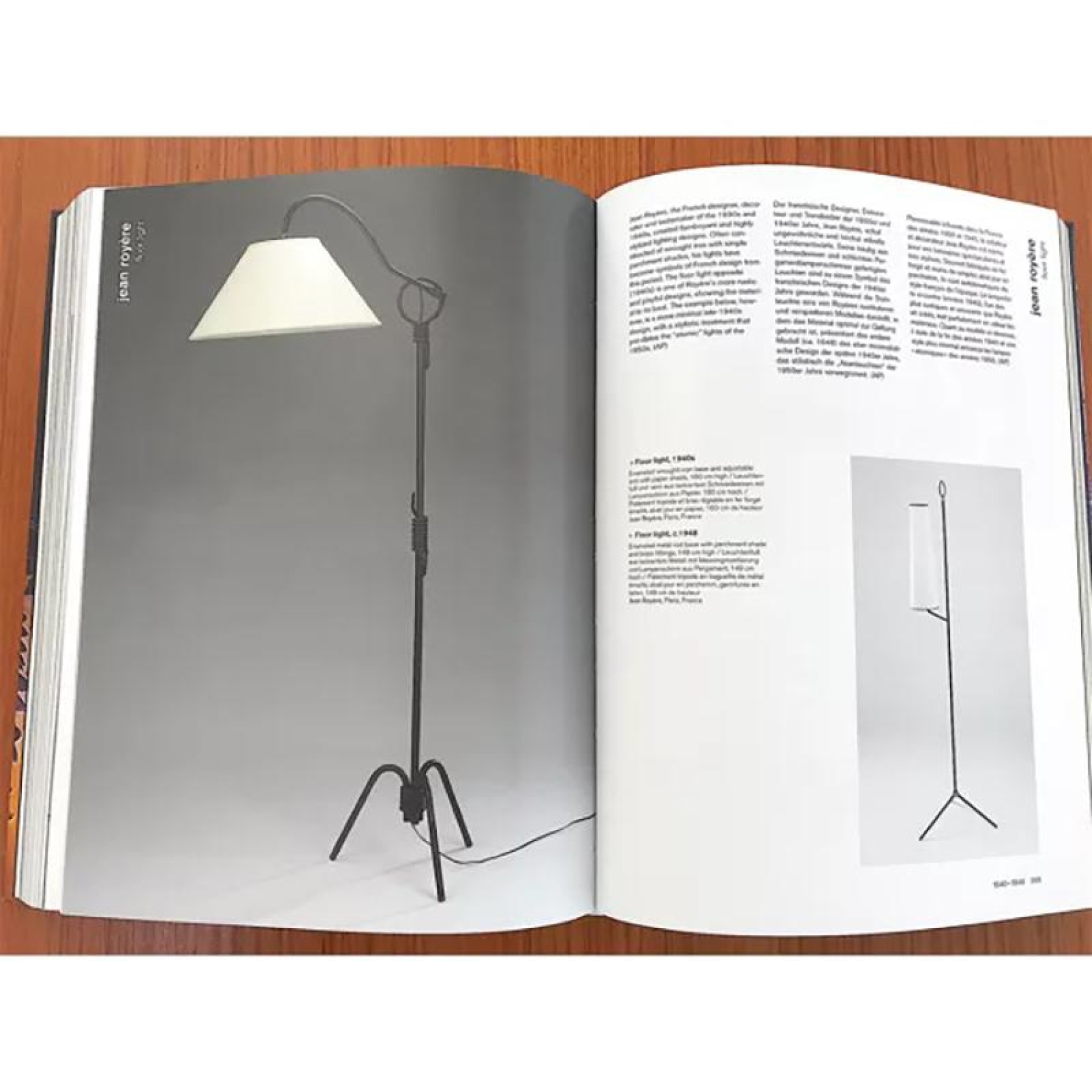 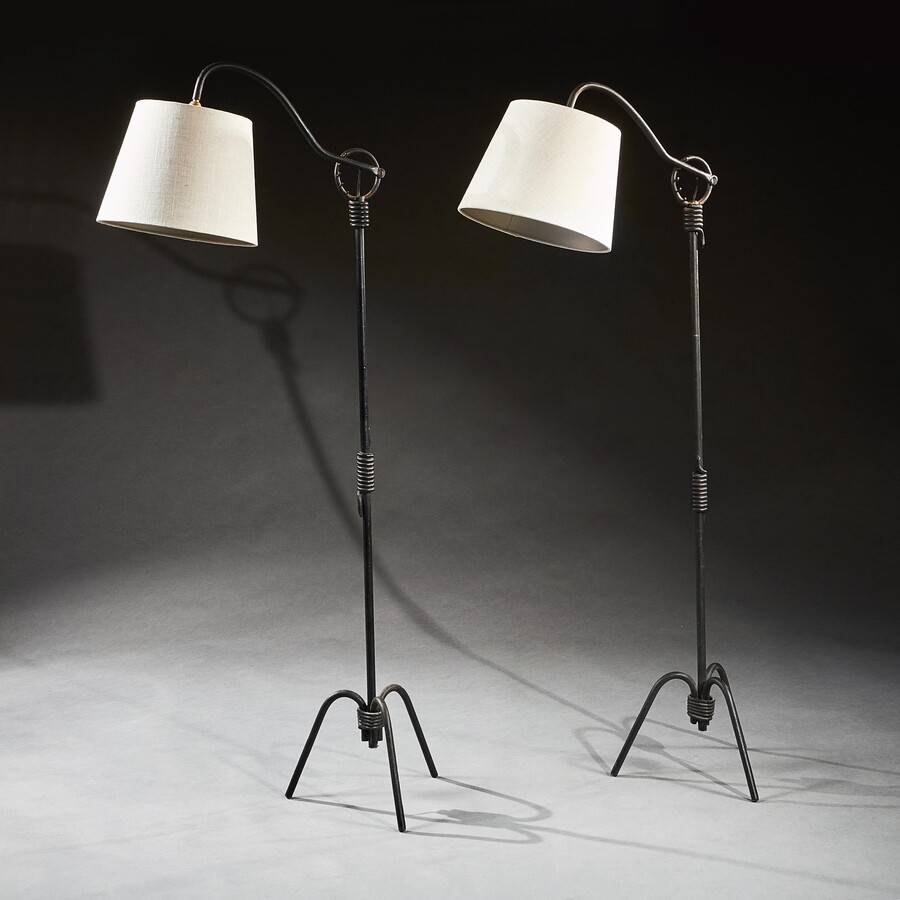 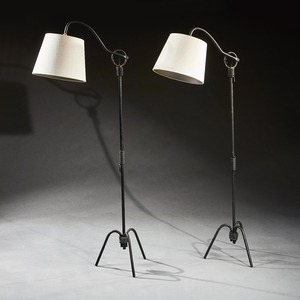 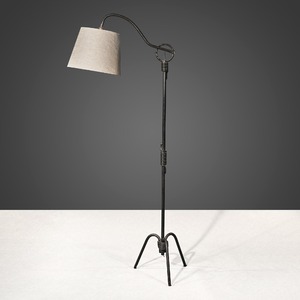 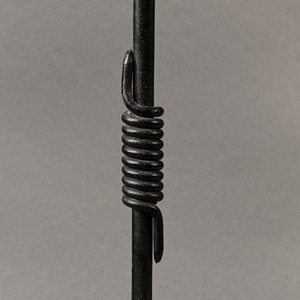 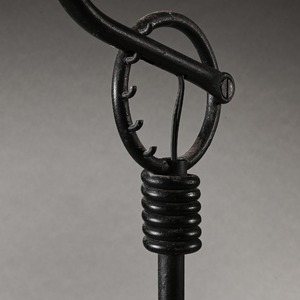 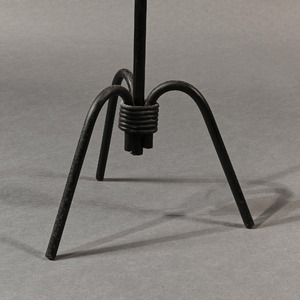 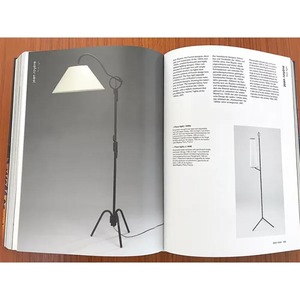 Both in wonderful original condition by one of the most sought after mid 20th century French furniture and interior designers Jean Royère (1902-1981).

The shaped arm is adjustable at five points allowing to user to create different lighting moods, supported by an iron stem with wrapped metal details to the top and middle conforming with the tripod base united by wrapped metal.

A wonderful example of the vision and use of material by Royere.

Retaining the original untouched patina and wiring to show authenticity, we can happily rewire and pat test on request, both shade covers have been carefully replaced to match the original frame.

There are very slight differences between both lamps which can only be seen when the lamps are standing close together as shown in the main image.

The design can be seen in a contemporary photograph in Le Decor d’Aujourd’hui, 1956, N.105.

Jean Royère is a firm favourite within the design community and extremely collectable with his works making vast sums at auction.

Royère took on the mantle of the great artistes décorateurs of 1940s France and ran with it into the second half of the twentieth century. Often perceived as outside of the modernist trajectory ascribed to twentieth-century design, Royère was nonetheless informed by and enormously influential to his peers.

He studied the classics at Cambridge University and initially worked as a banker before beginning his career as a decorator in 1931 working for a furniture manufacturer in Paris.

Having opened a store in Paris in 1943 before the war had ended, he was one of the first to promote a new way of life through interior decoration, and his lively approach found an international audience early on in his career.

In addition to commissions in Europe and South America, Royère had a strong business in the Middle East where he famously designed homes for the Shah of Iran, King Farouk of Egypt and King Hussein of Jordan.

The surrealist humour and artist's thoughtful restraint that he brought to his furniture designs continue to draw admiration to this day. He worked until retirement in 1980 at which point he moved to Pennsylvania. He has since become extremely collectable.