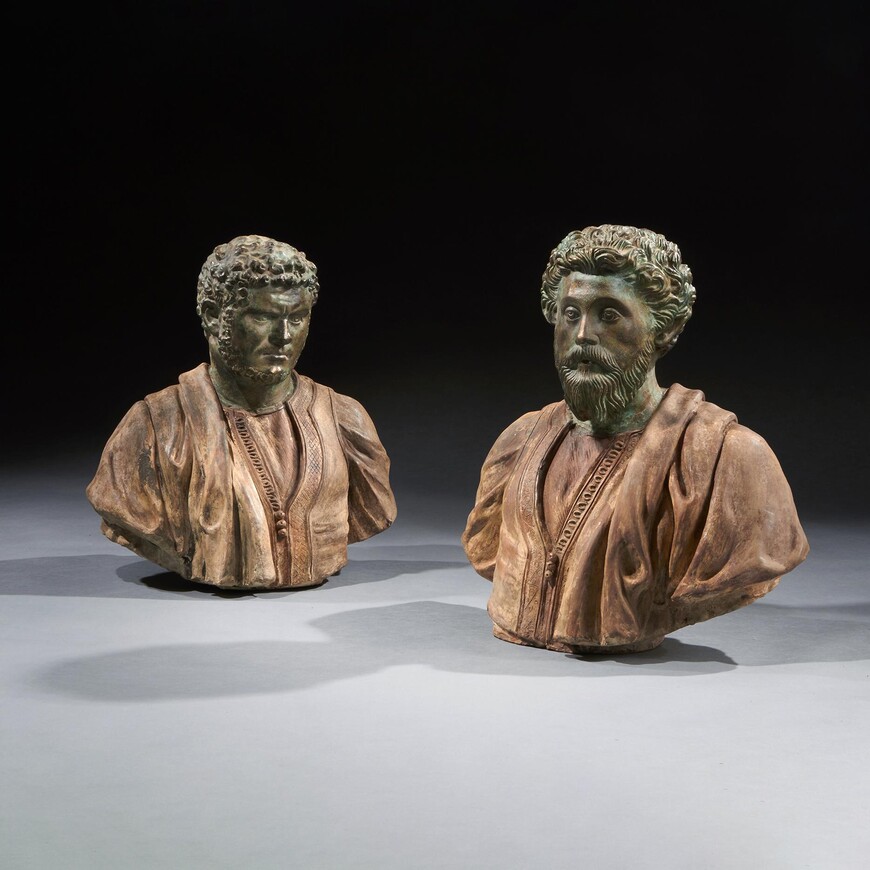 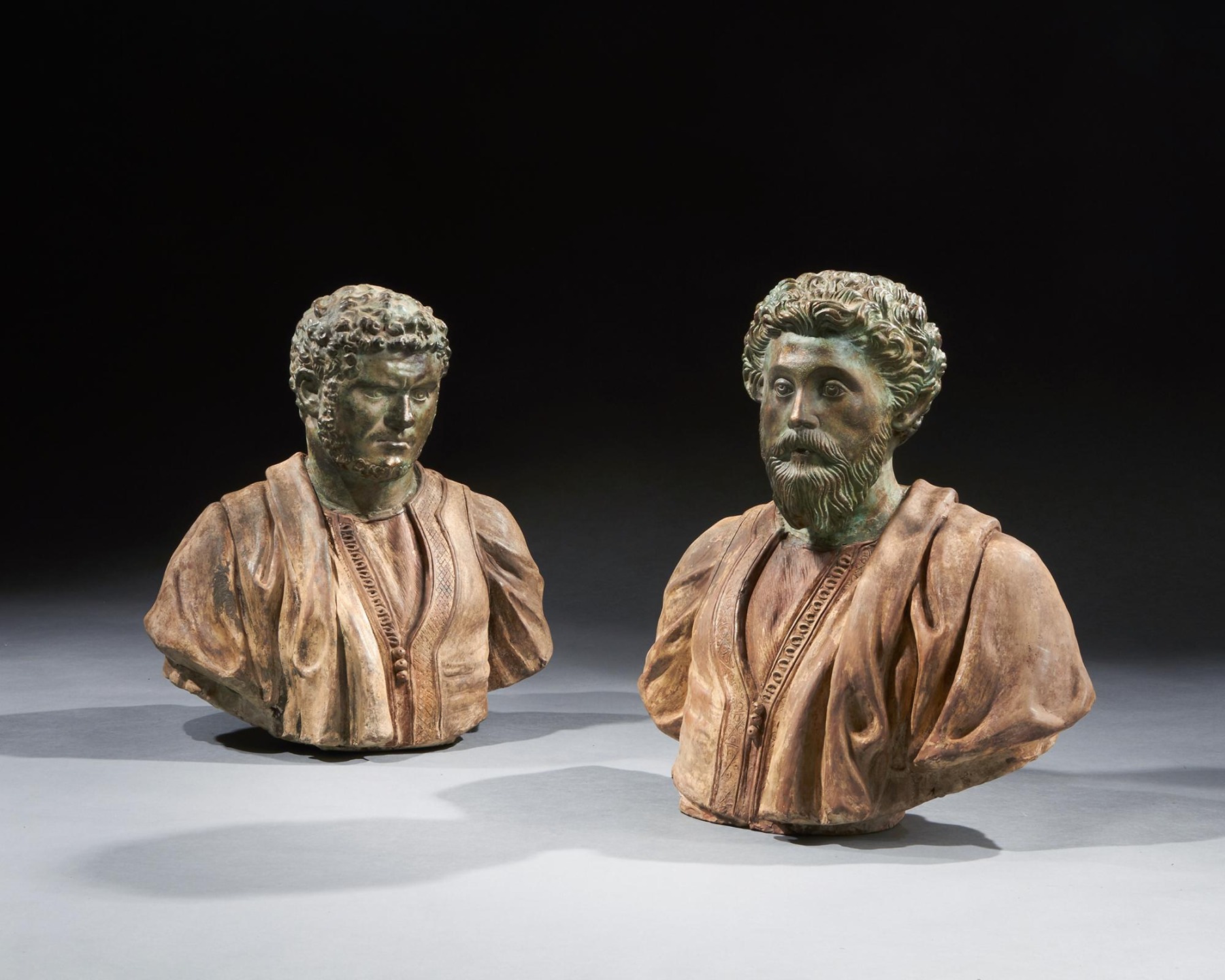 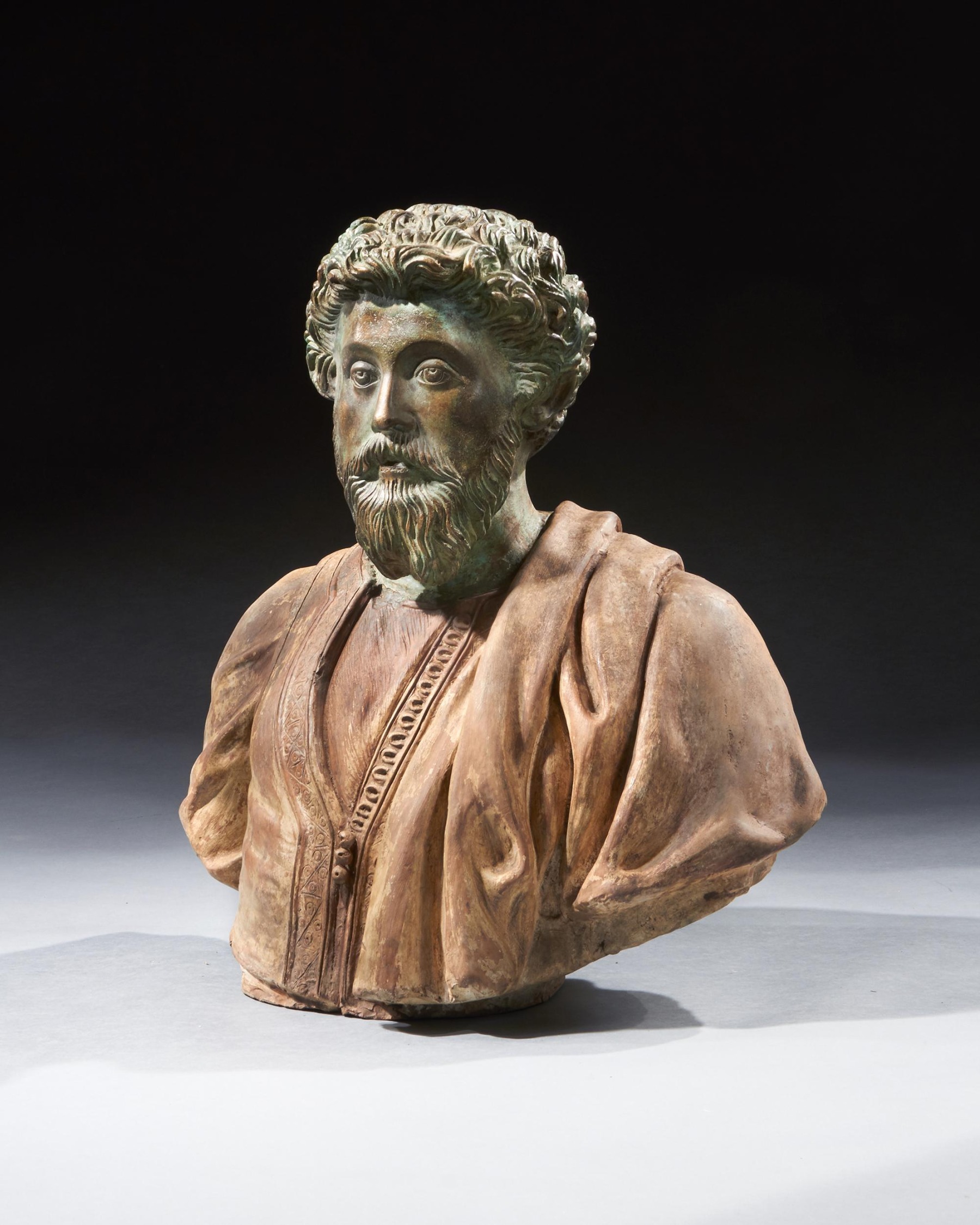 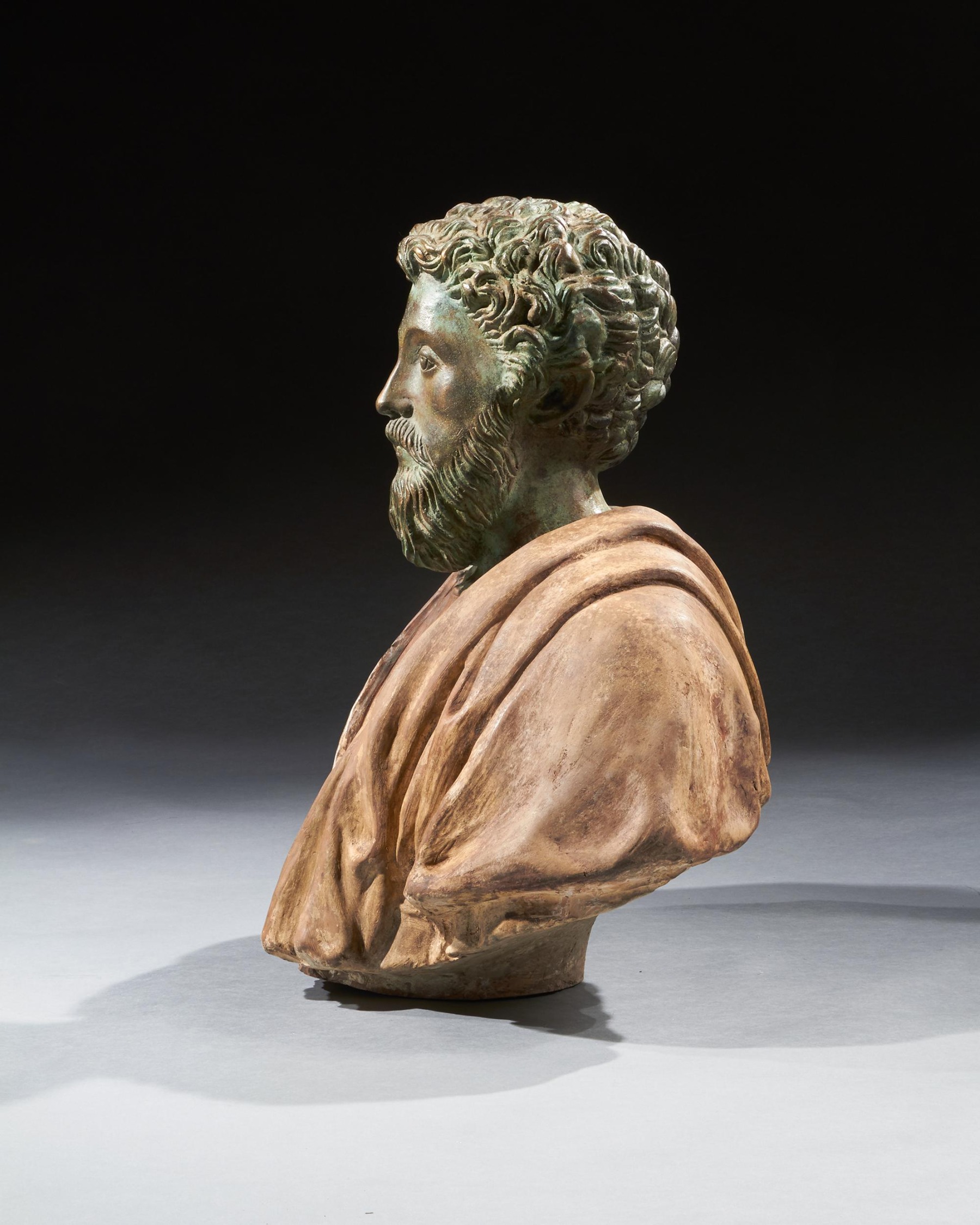 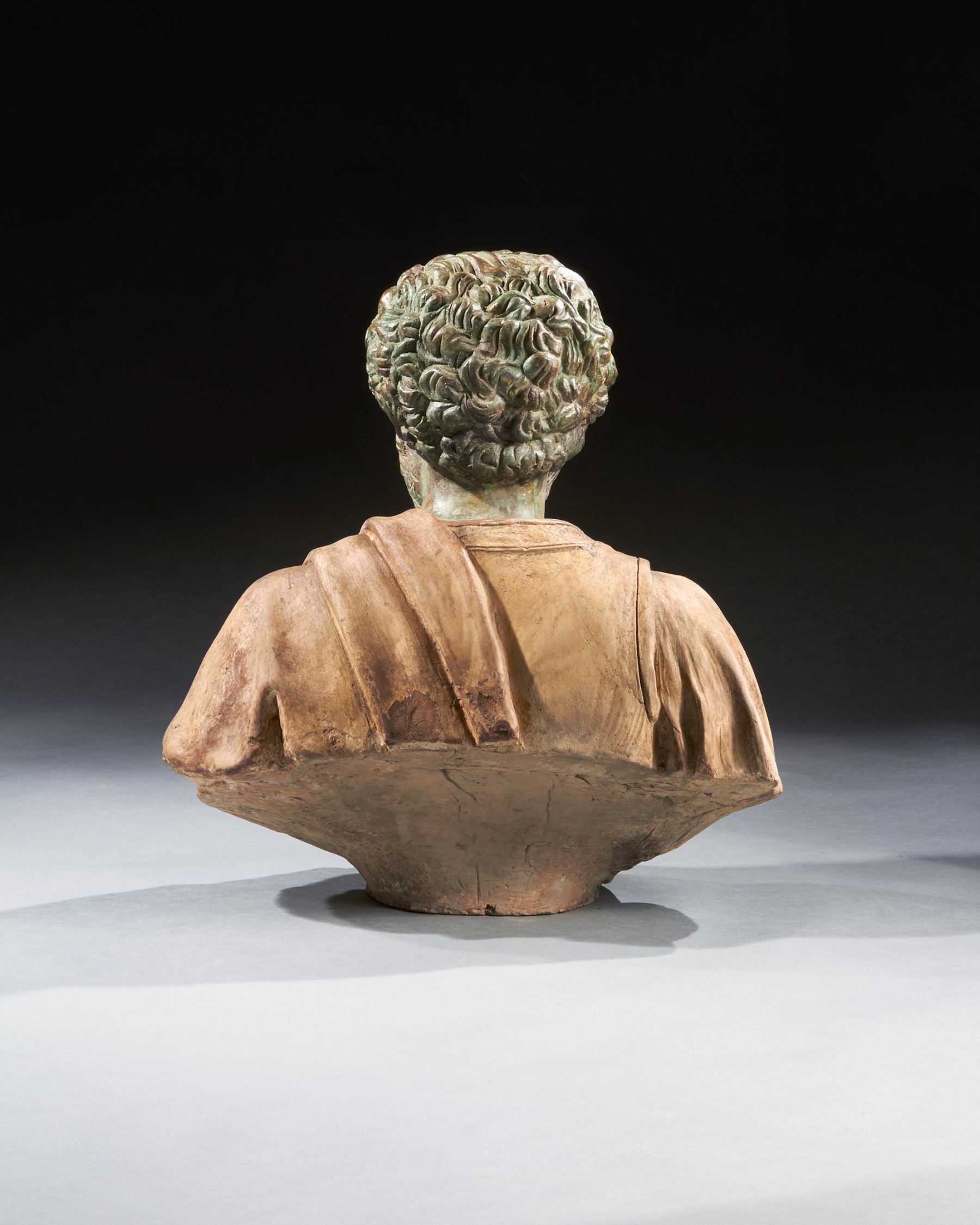 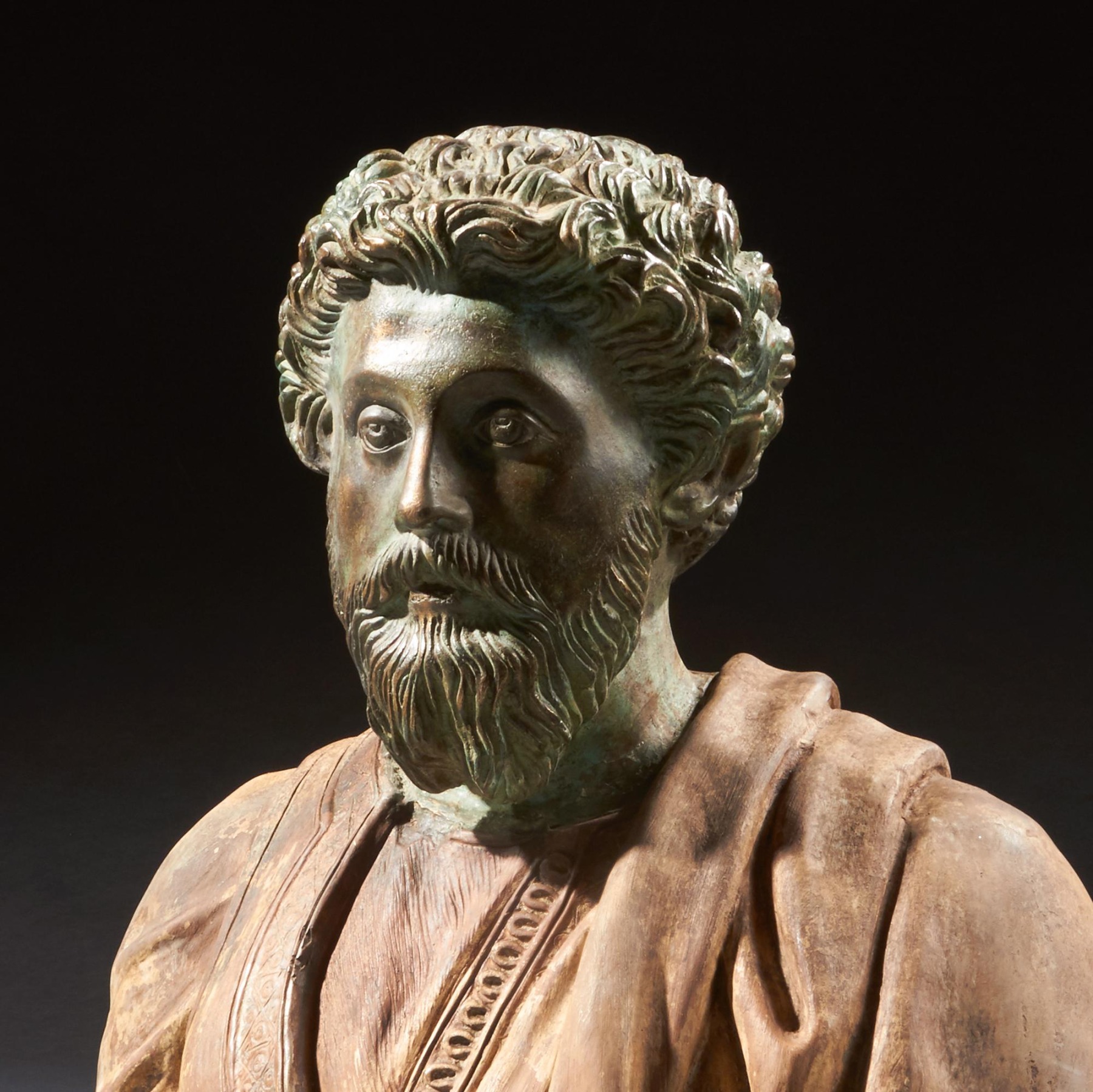 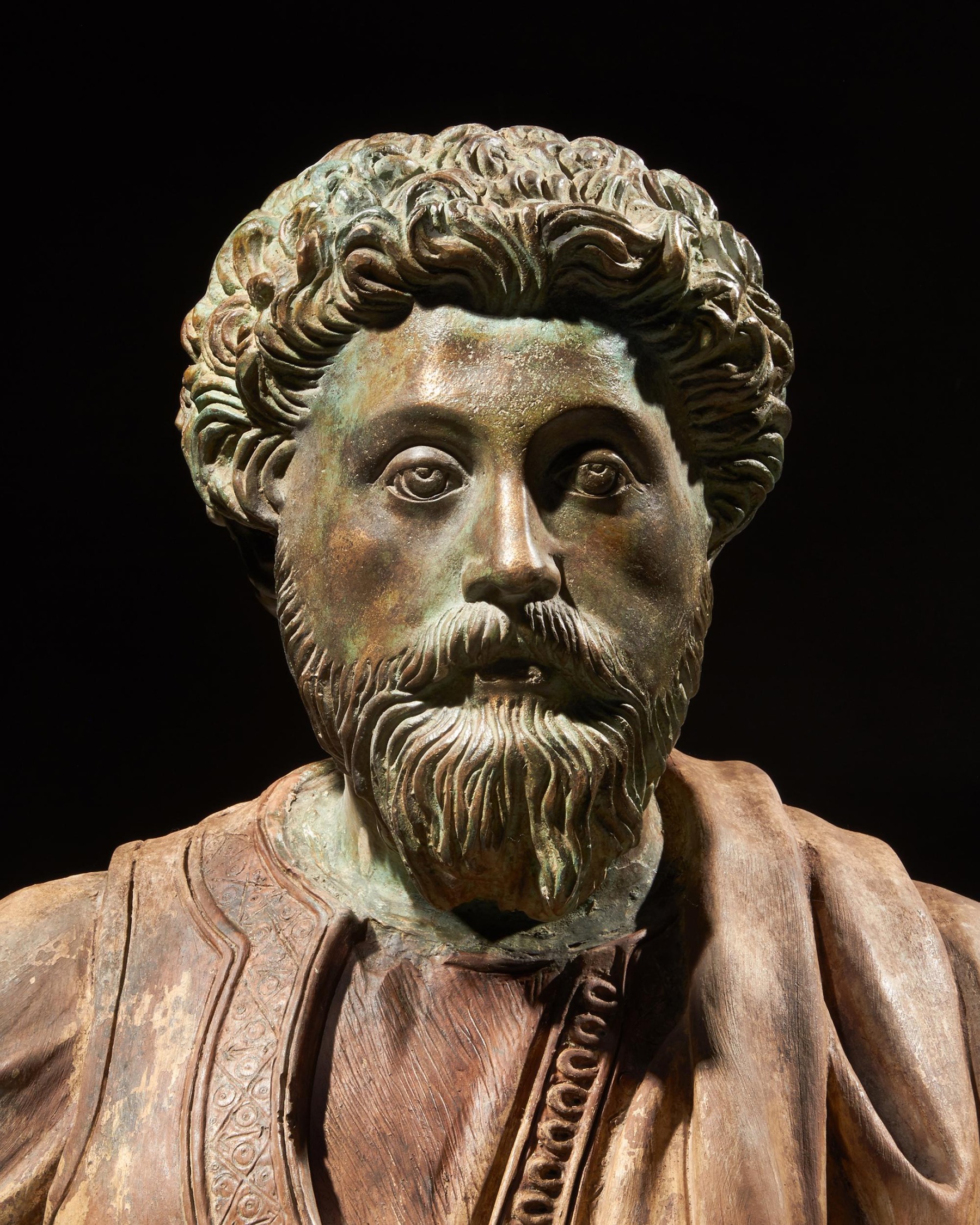 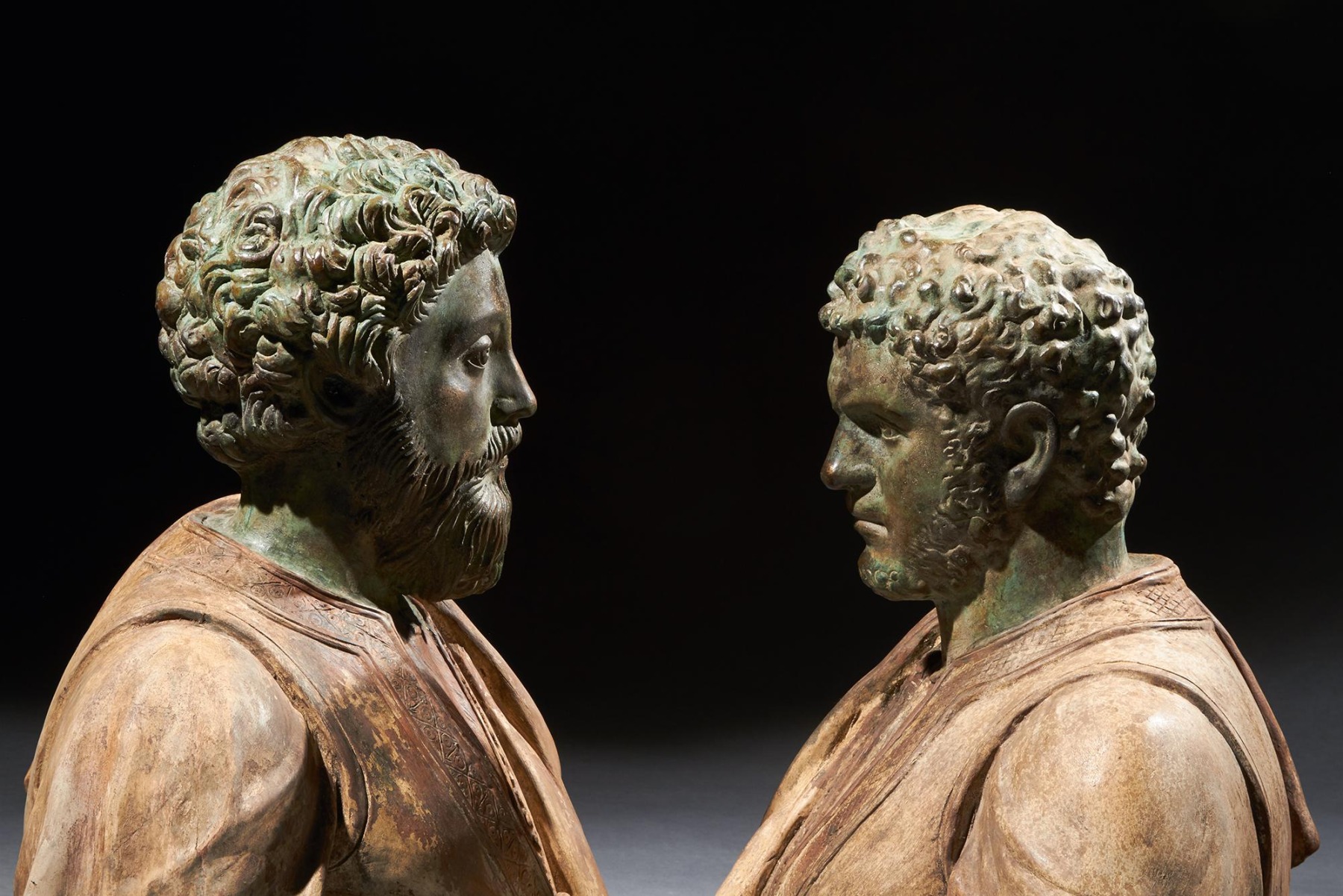 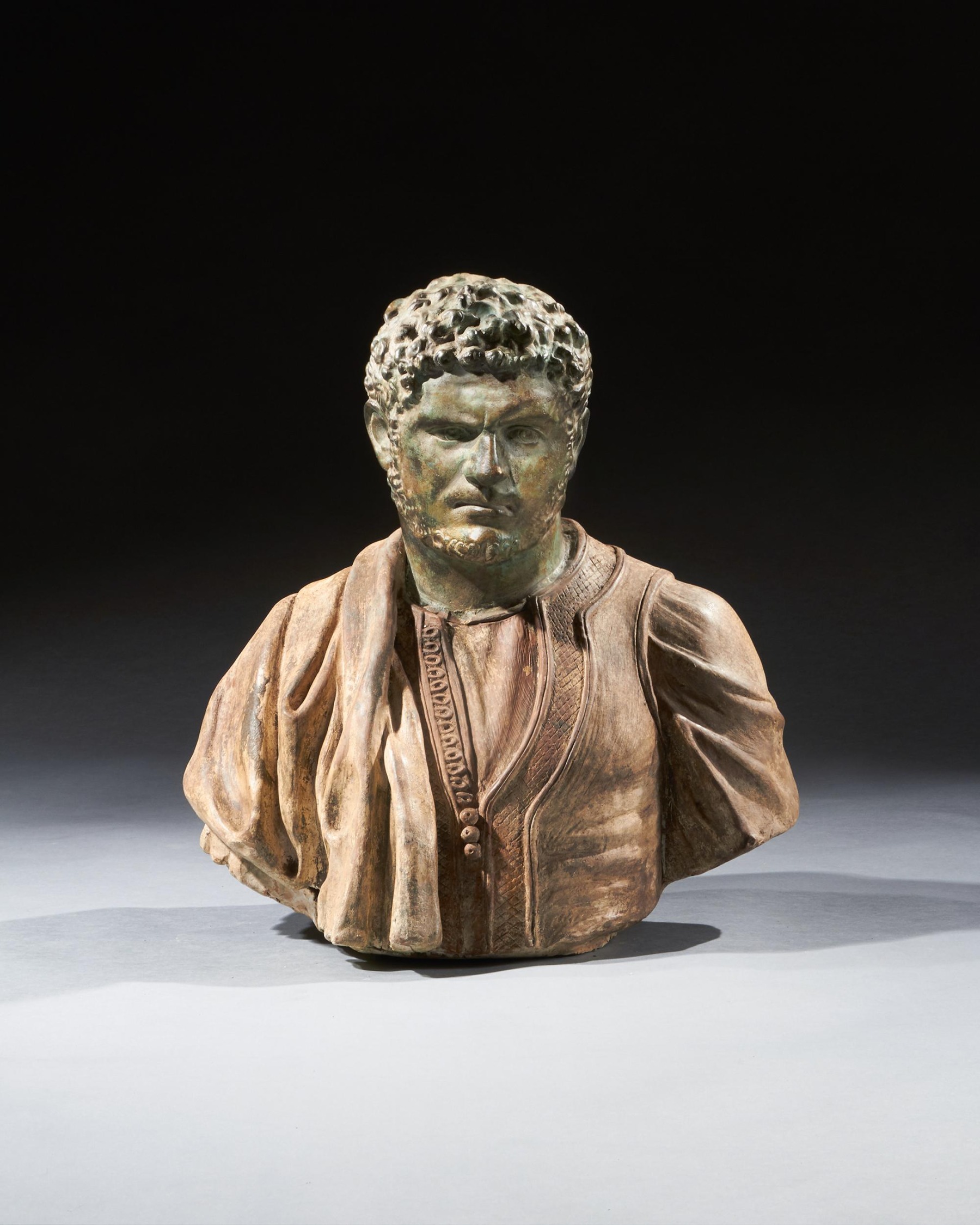 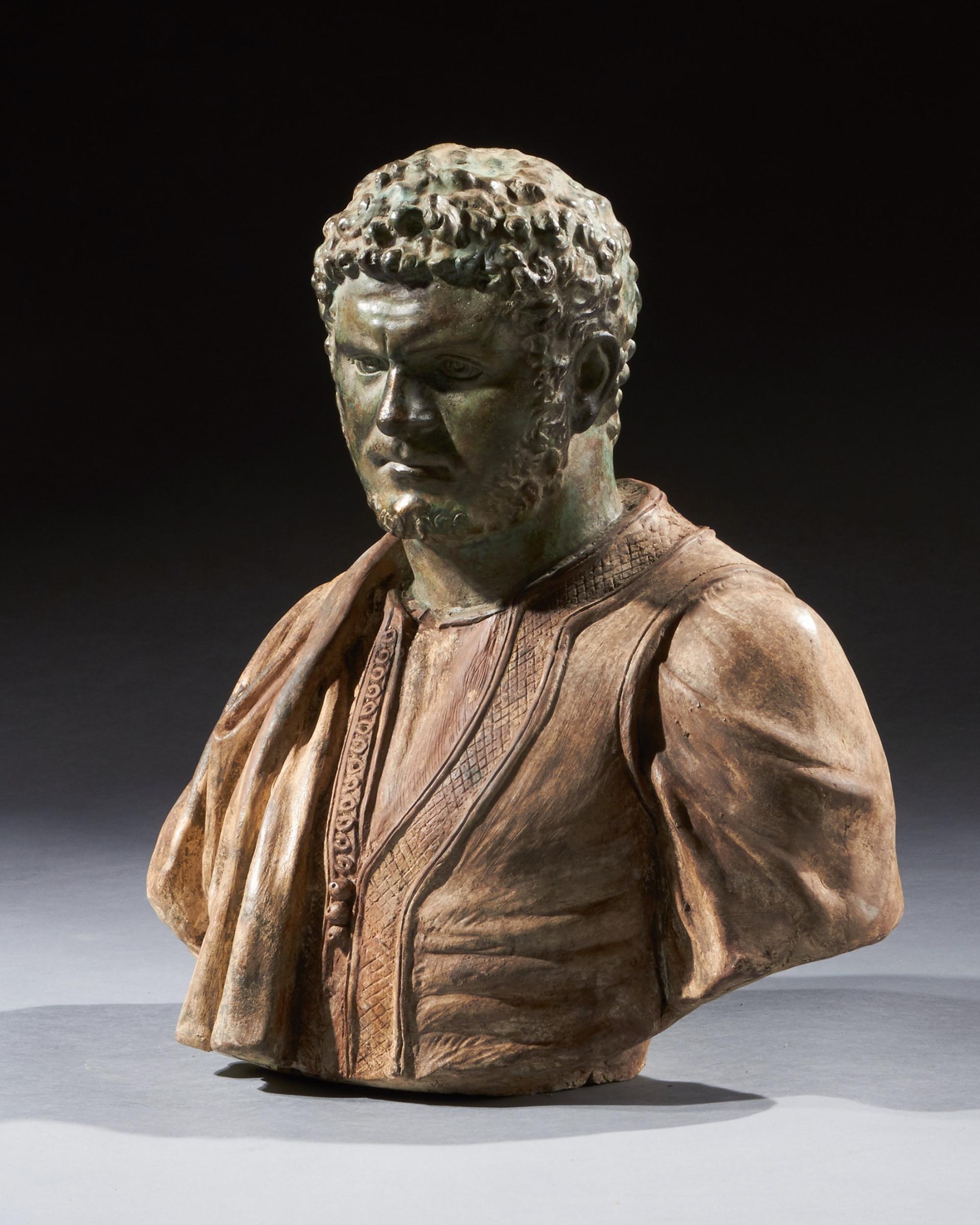 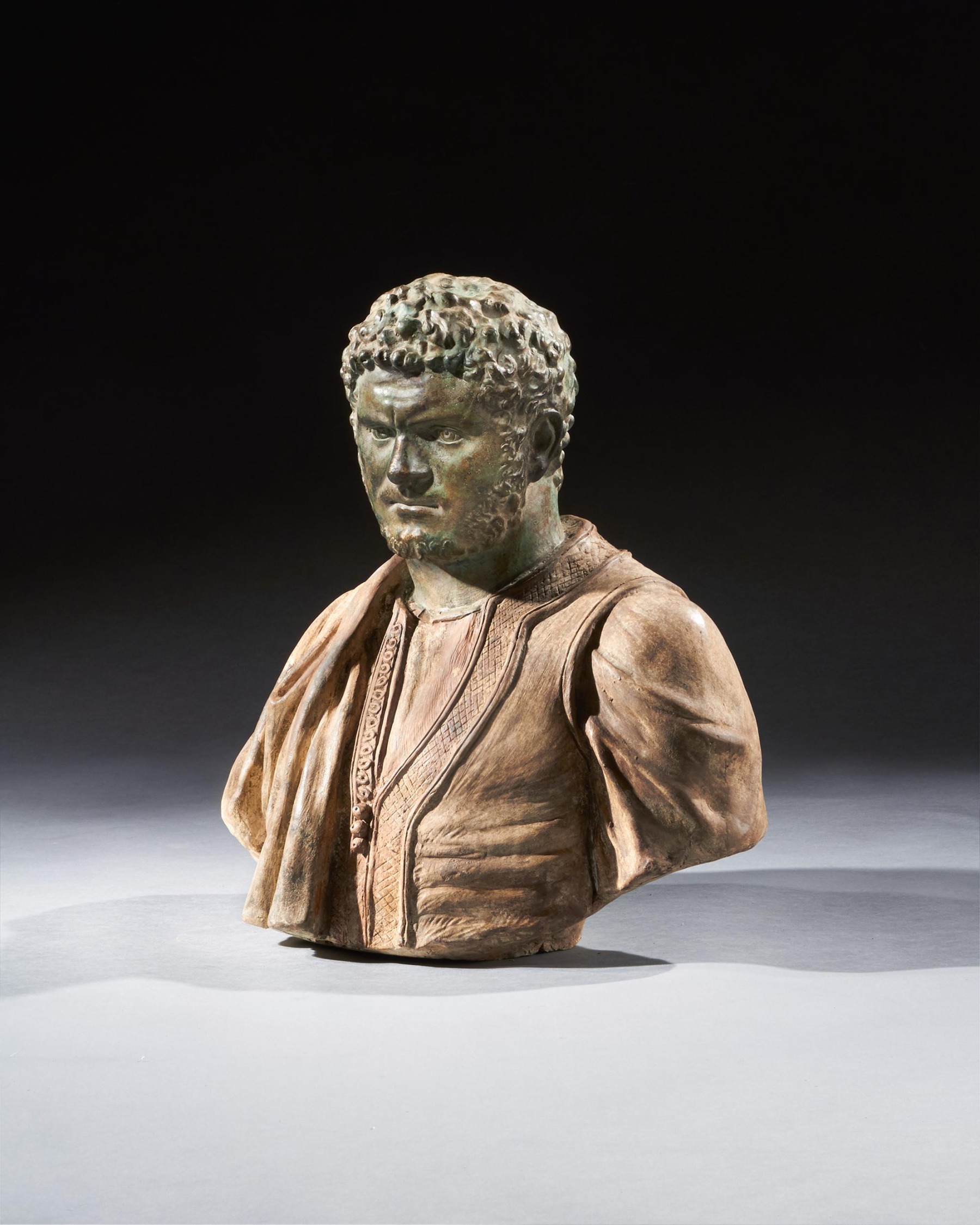 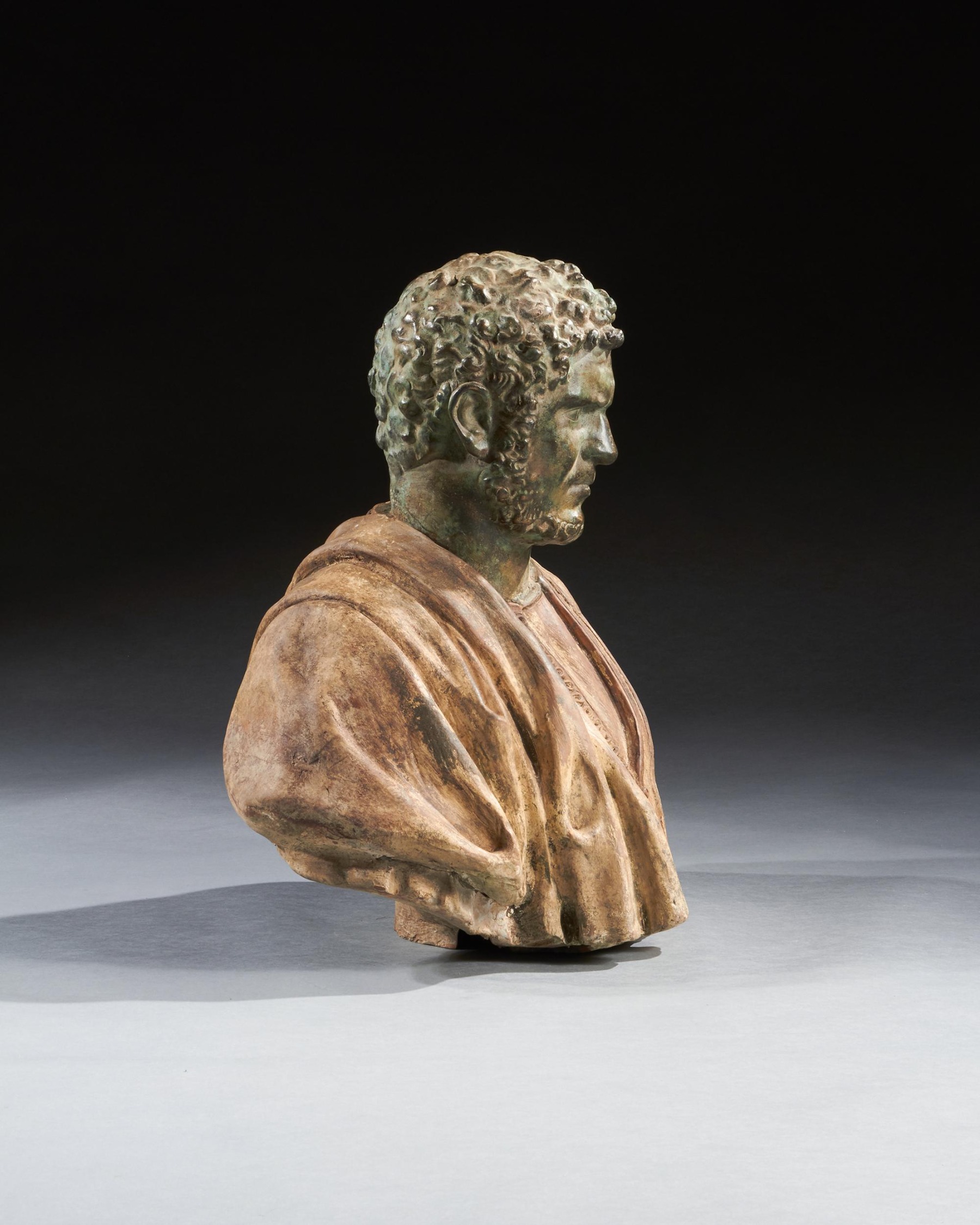 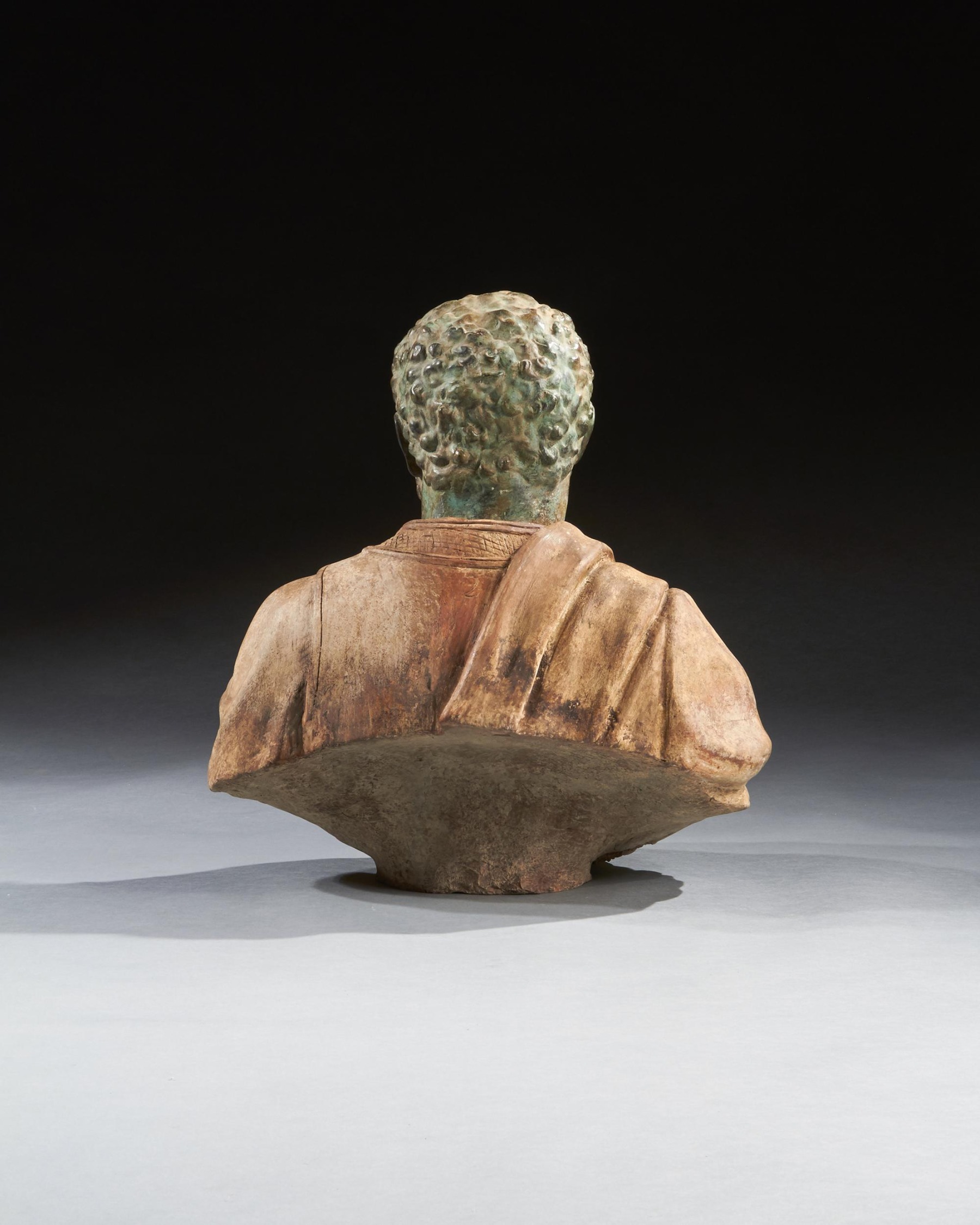 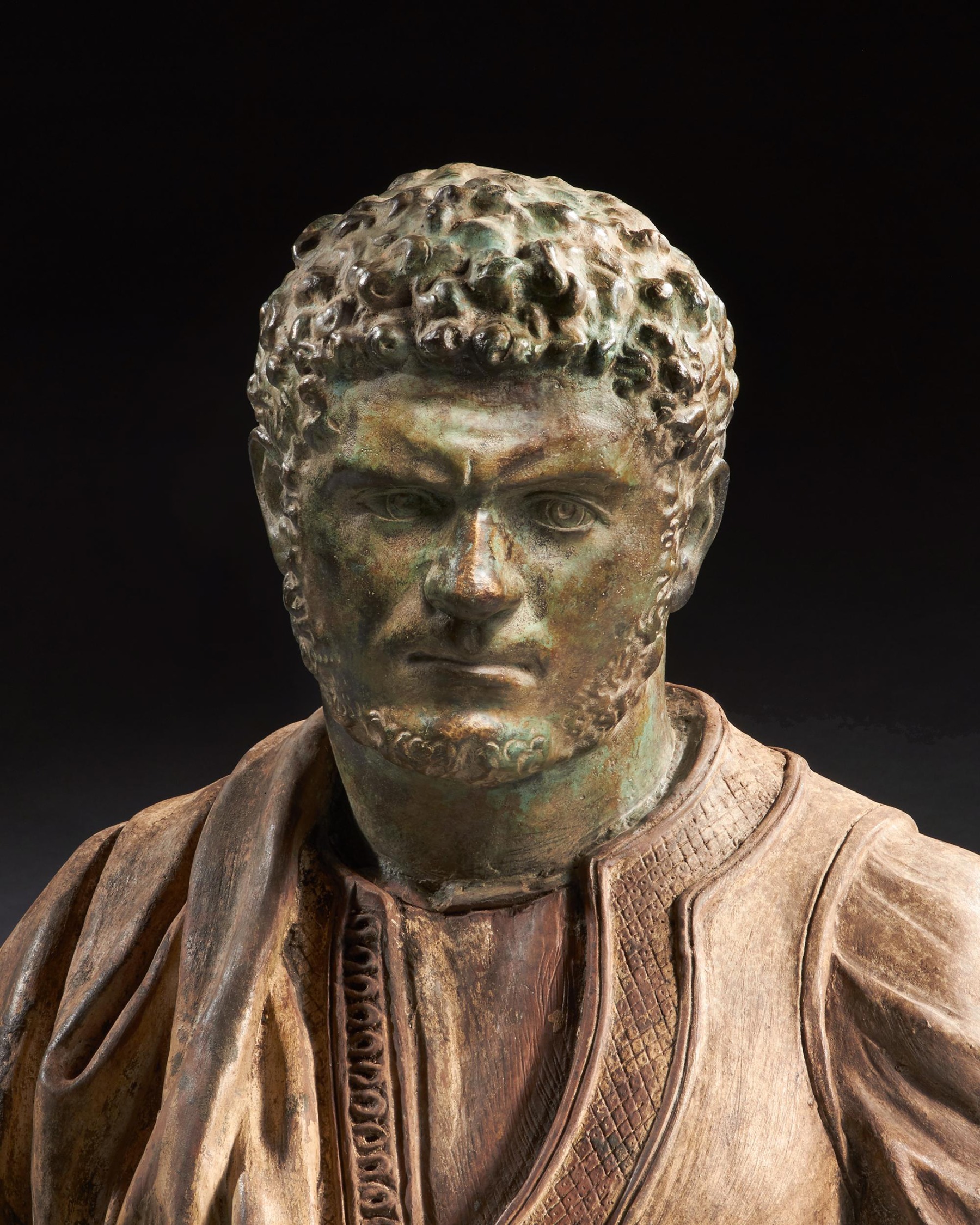 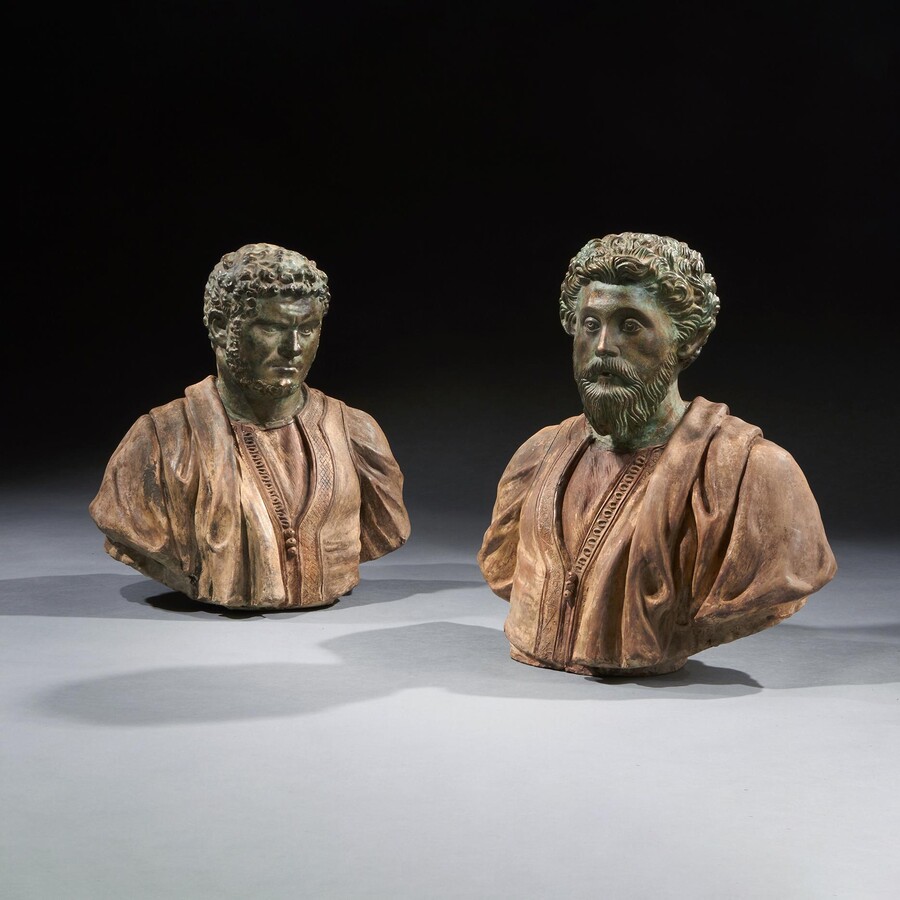 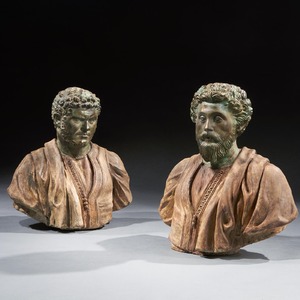 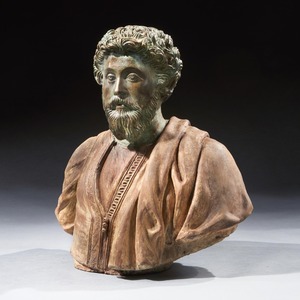 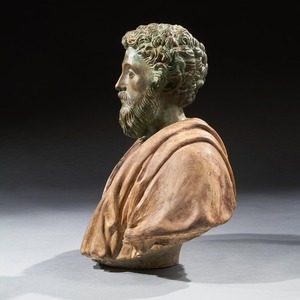 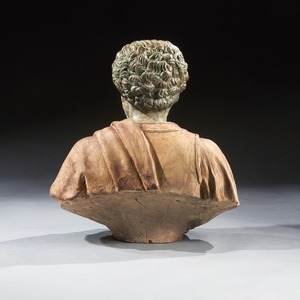 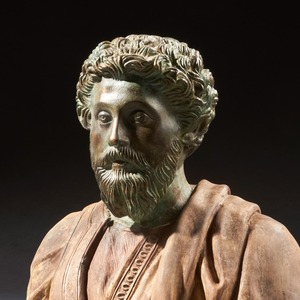 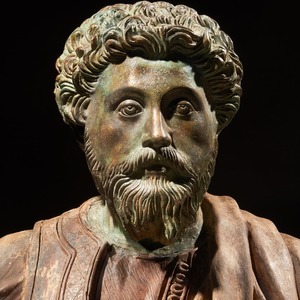 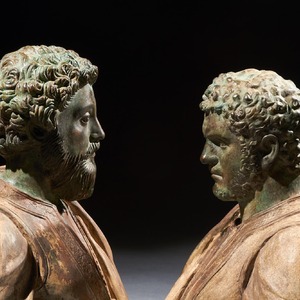 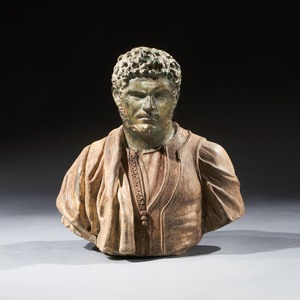 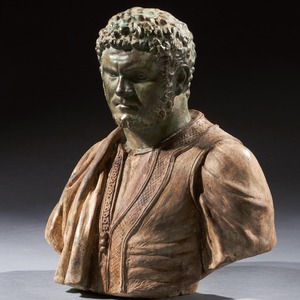 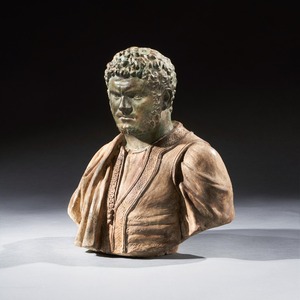 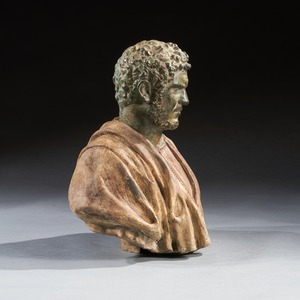 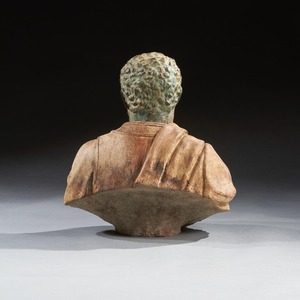 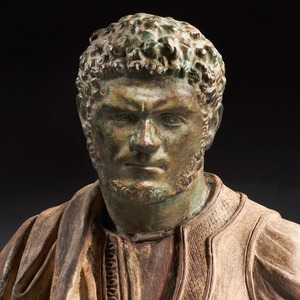 Life-size busts, the heads cast in bronze with the body of terracotta, modelled with vest without sleeves and toga thrown over one shoulder.

Wonderful verdigris patination to the bronze and weathered to the terracotta.

Very unusual to have a bronze head coupled with a terracotta body these highly imposing decorative busts are of excellent quality. Depicting the Roman Caesars Marcus Aurelius and Caracalla which are the most iconic Roman Emperors for being the kindest and the meanest.

Marcus Aurelius Antoninus was Roman emperor from 161 to 180 and a Stoic philosopher. He was the last of the rulers known as the Five Good Emperors, and the last emperor of the Pax Romana, an age of relative peace and stability for the Roman Empire lasting from 27 BC to 180 AD.

Marcus Aurelius Antoninus "Caracalla" was Roman emperor from 198 to 217. He was a member of the Severan dynasty, the elder son of Emperor Septimius Severus and Empress Julia Domna.

Proclaimed co-ruler by his father in 198, he continued to reign with his brother Geta, co-emperor from 209, after their father's death in 211. His brother was murdered by the Praetorian Guard later that year, supposedly under orders from Caracalla himself, who then reigned afterwards as sole ruler of the Roman Empire. Caracalla found administration to be mundane, leaving those responsibilities to his mother. Caracalla's reign featured domestic instability and external invasions by the Germanic peoples. Known to be a blood thirsty Emperor Caracalla was on campaign when he stopped to urinate and was stabbed to death by one of his own soldiers Justin Martialis.