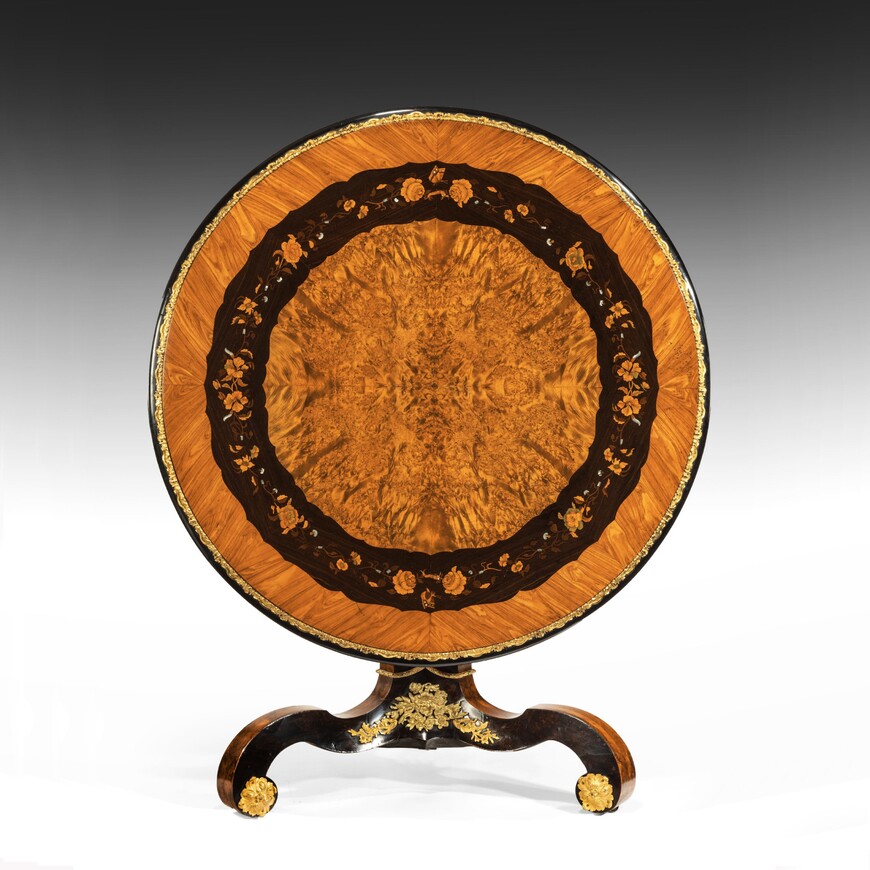 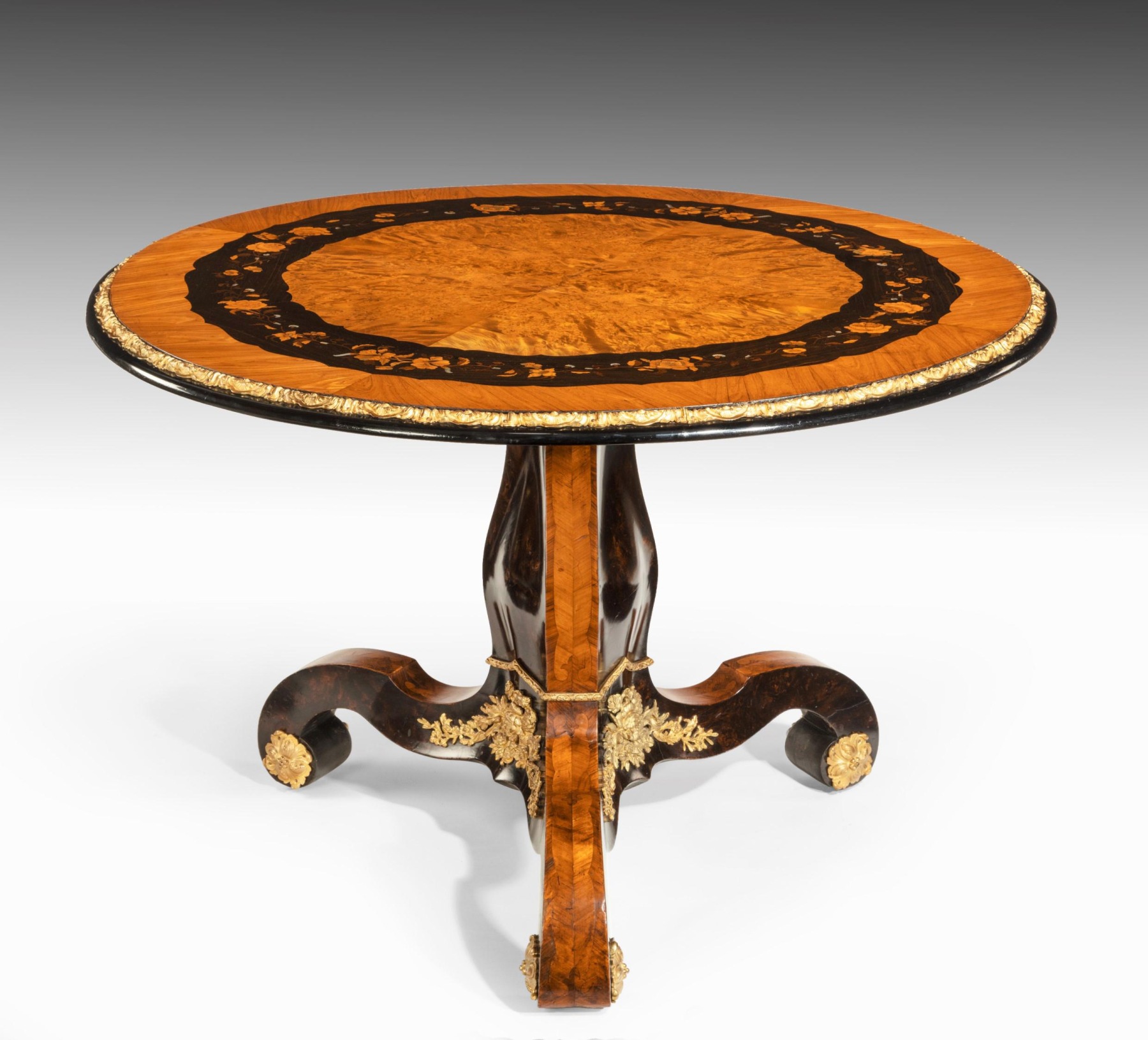 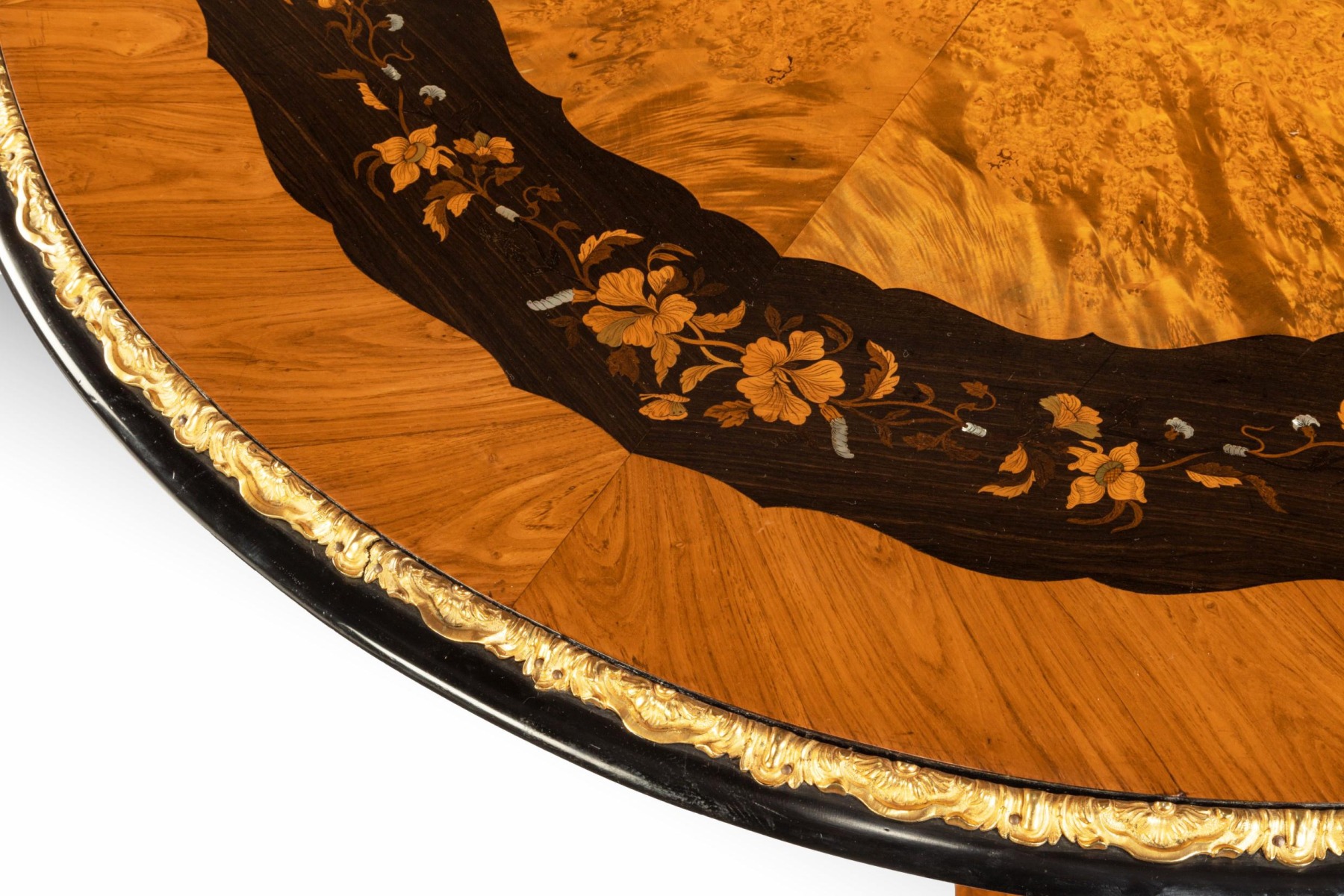 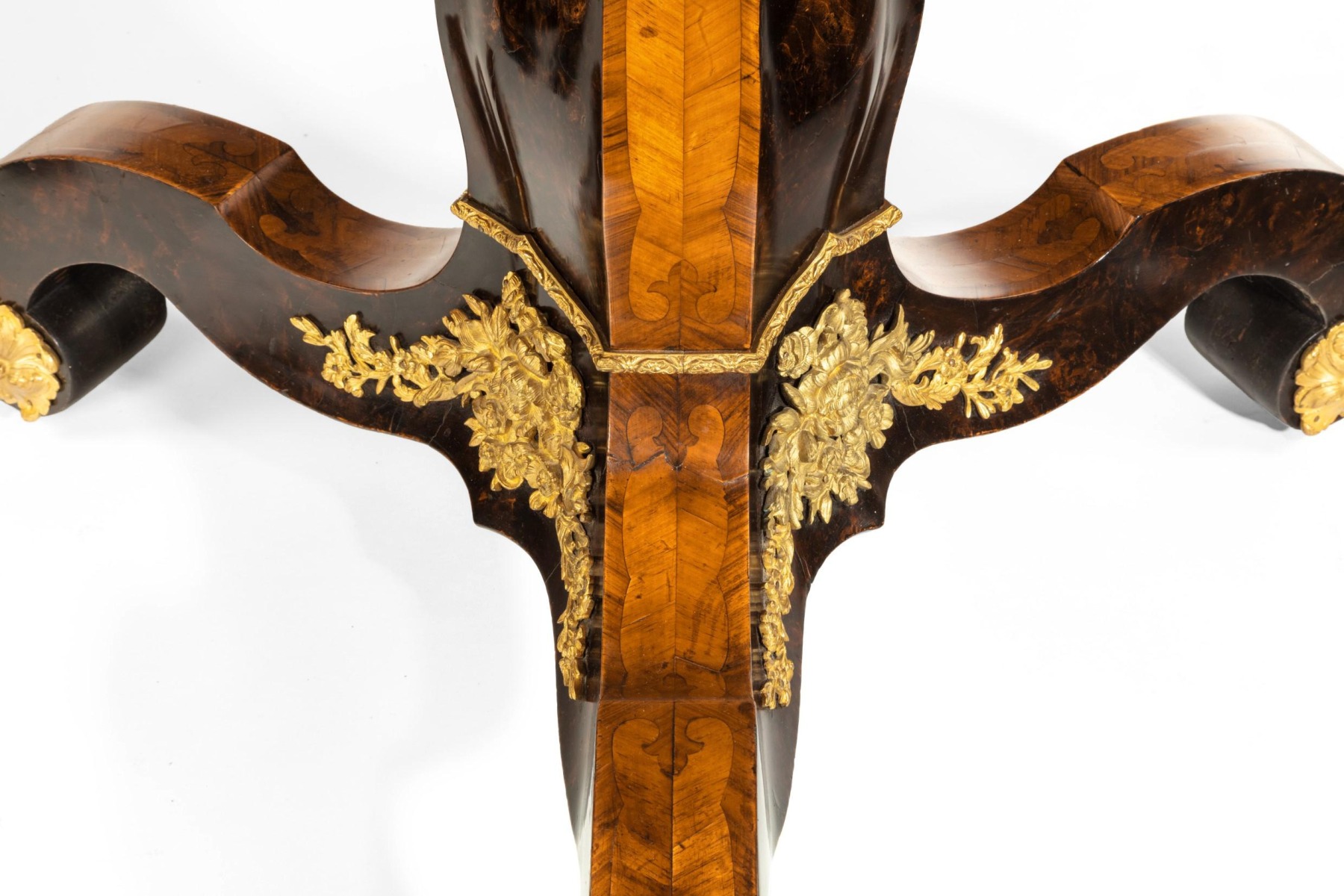 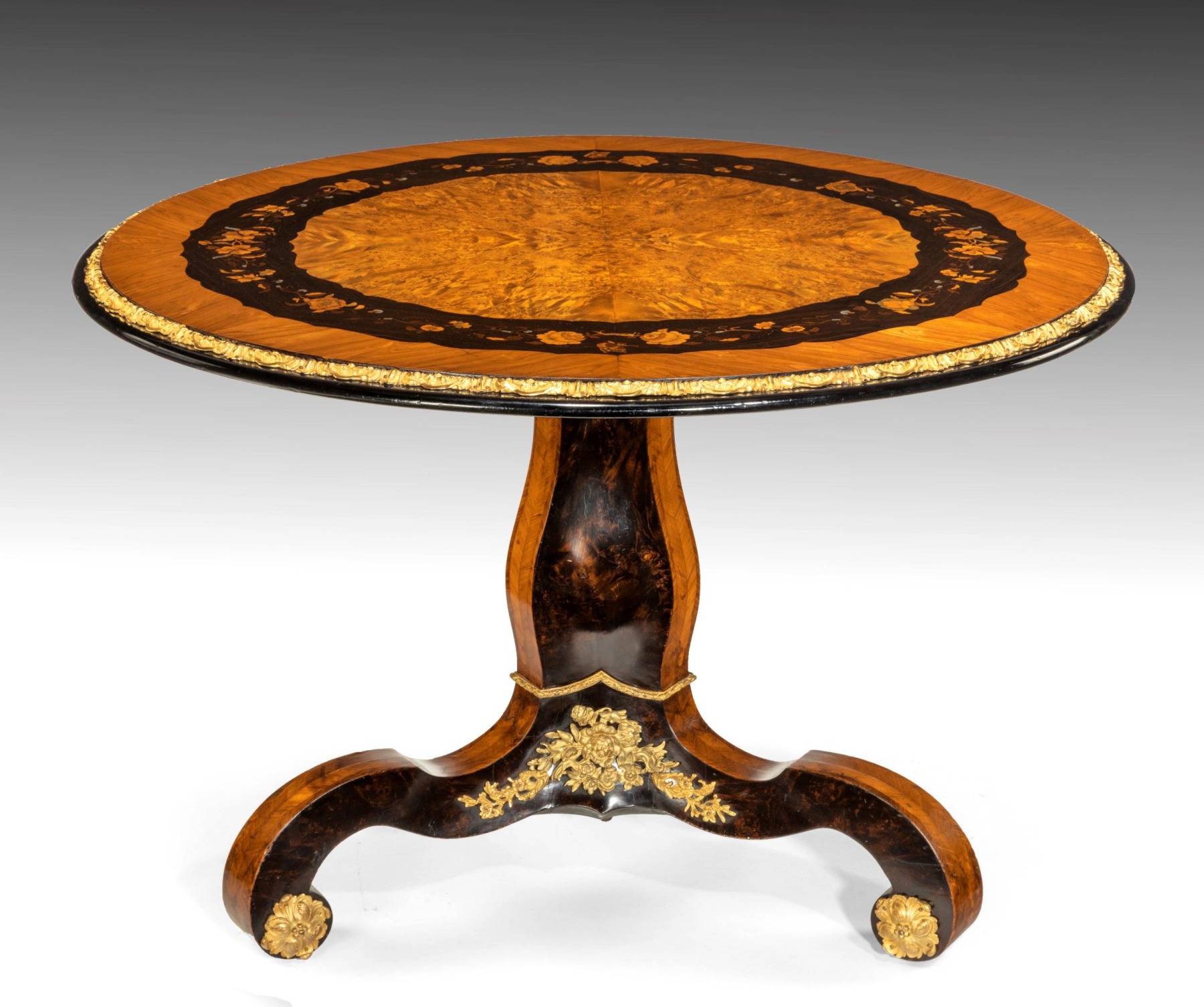 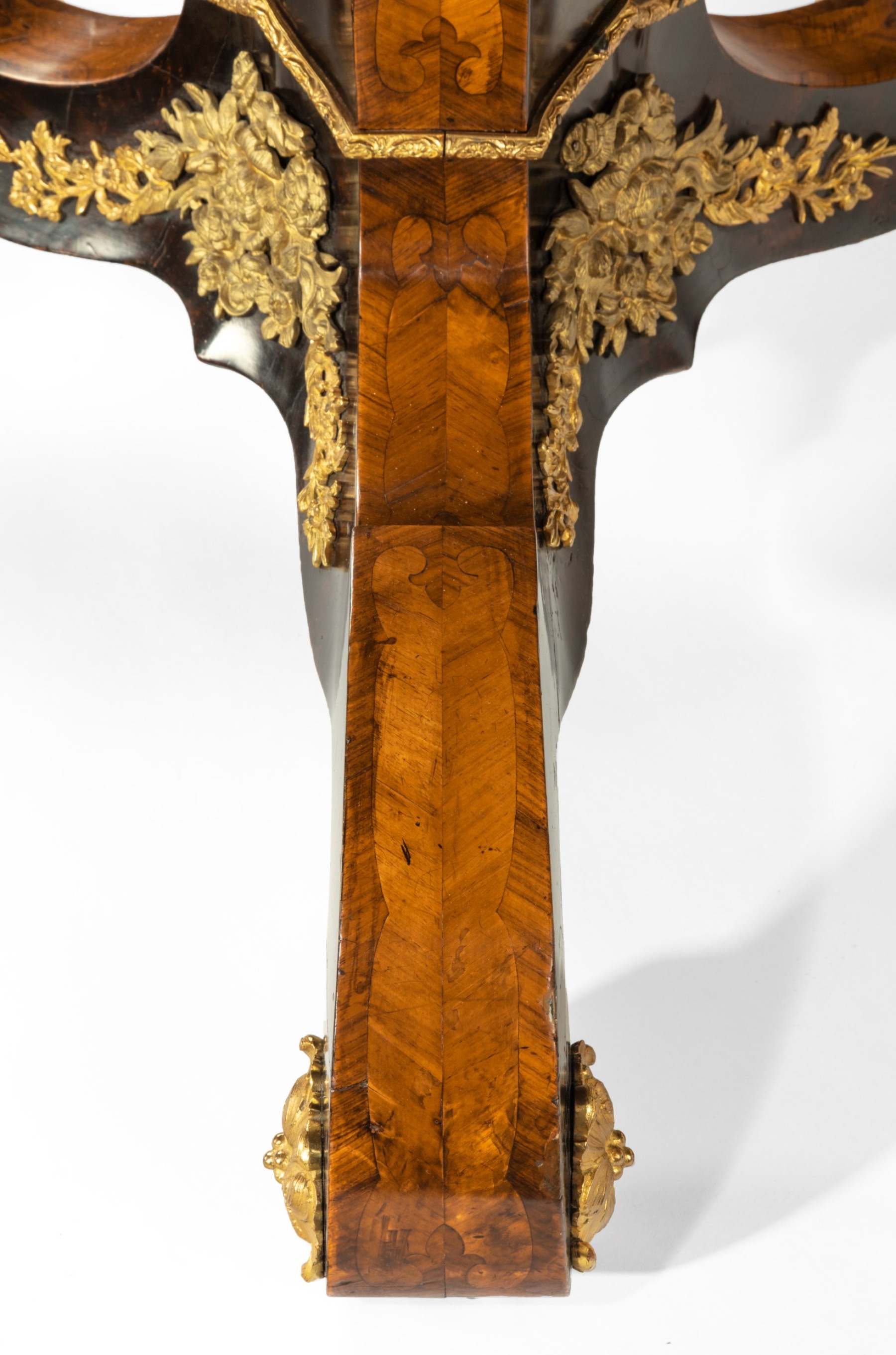 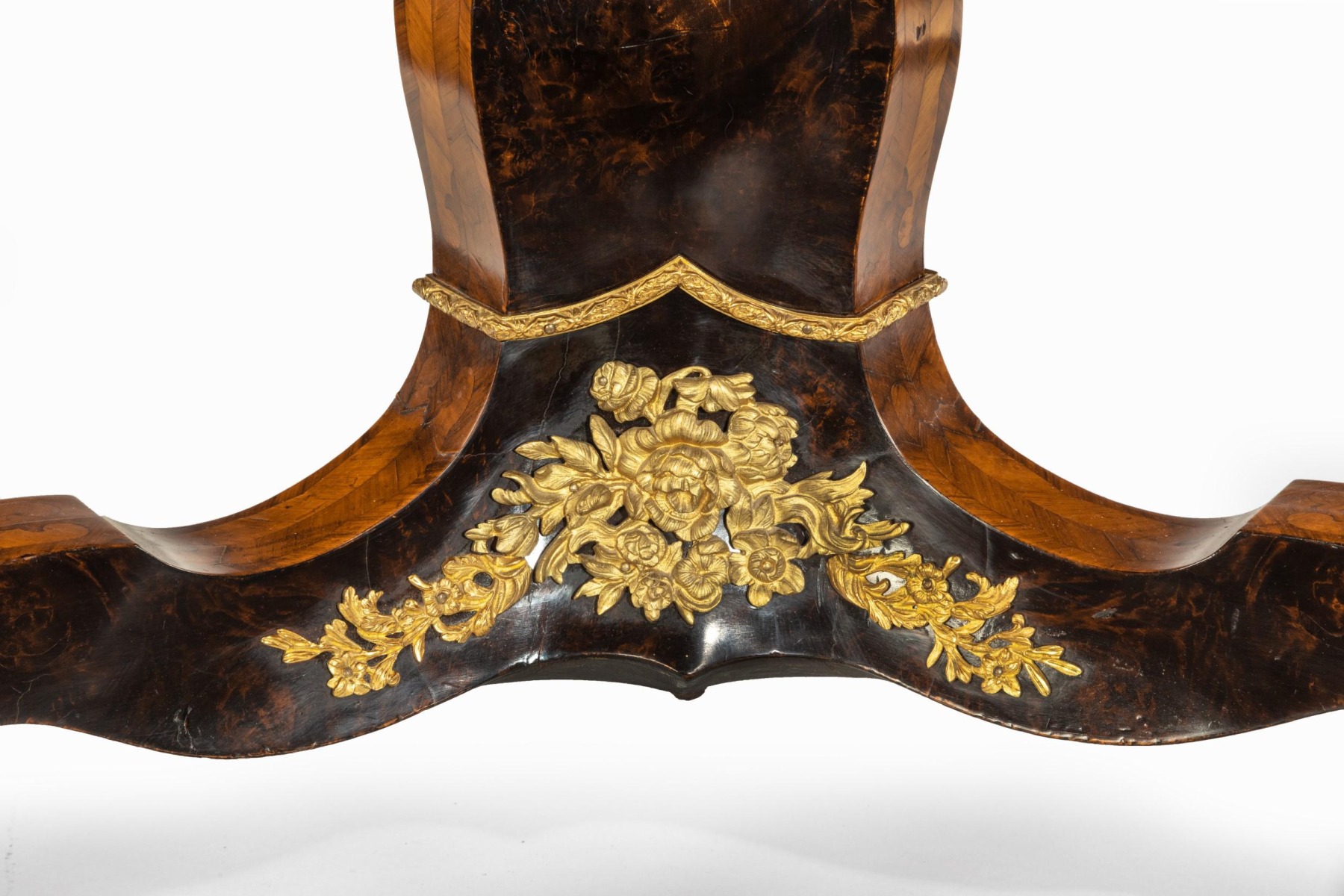 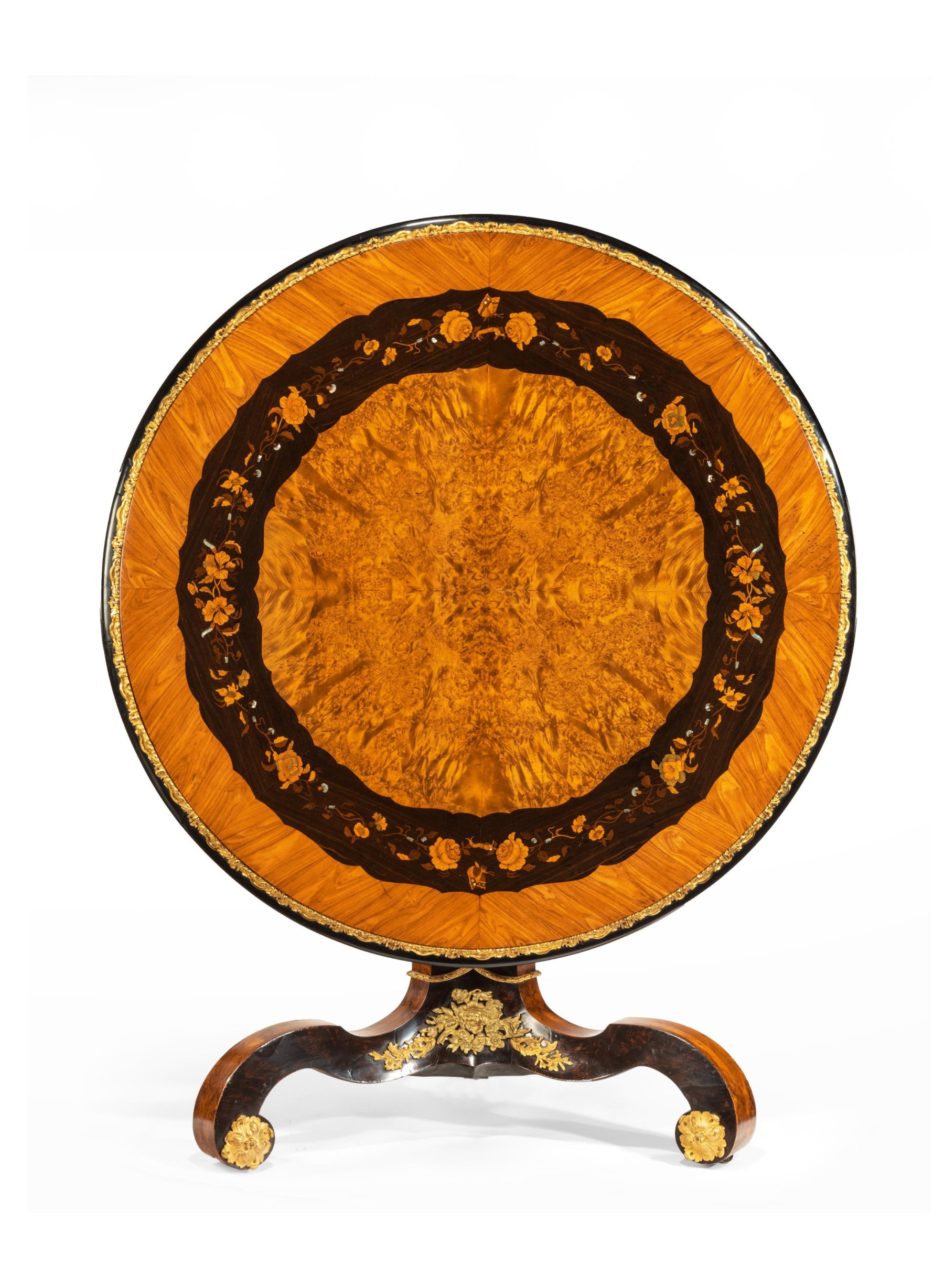 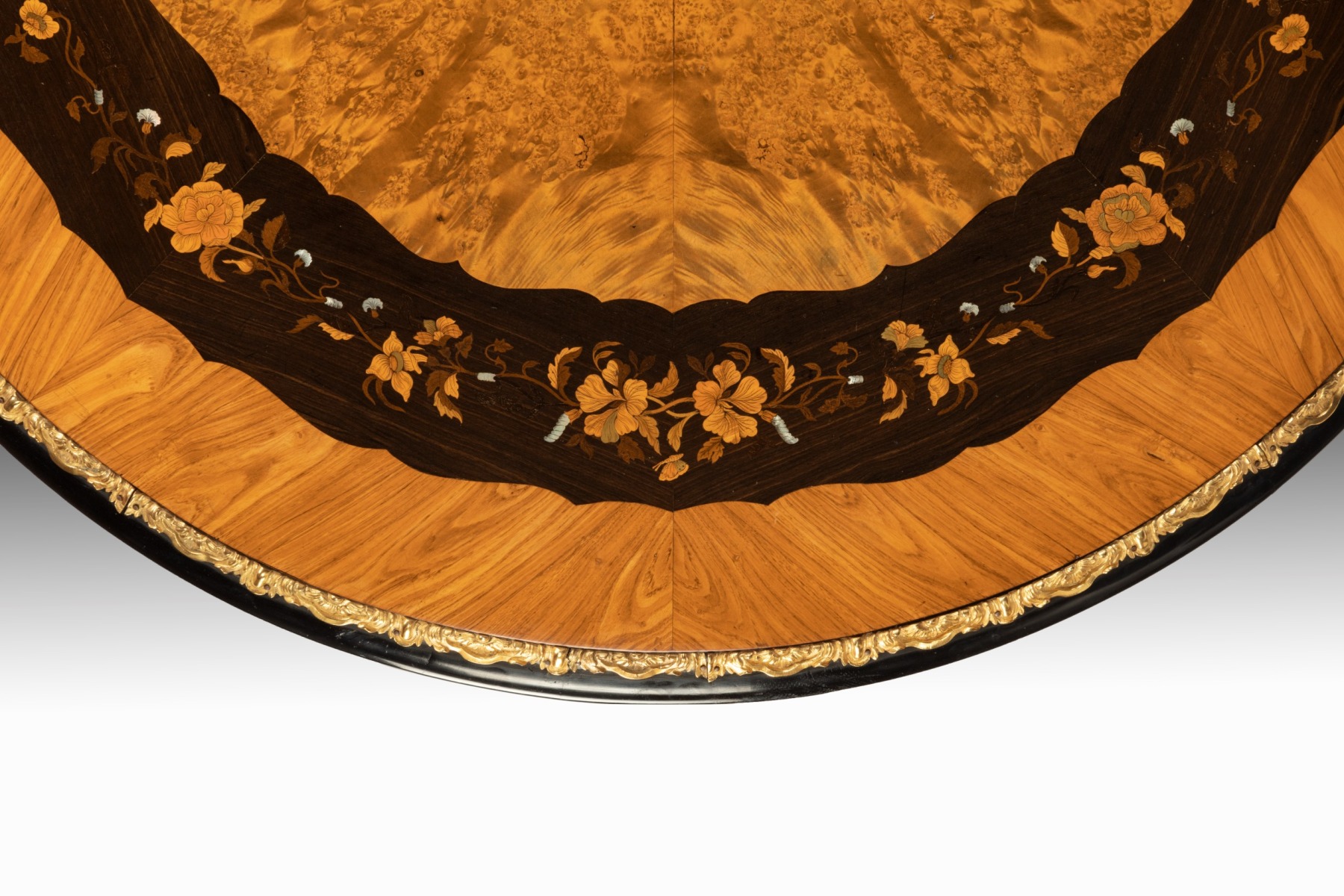 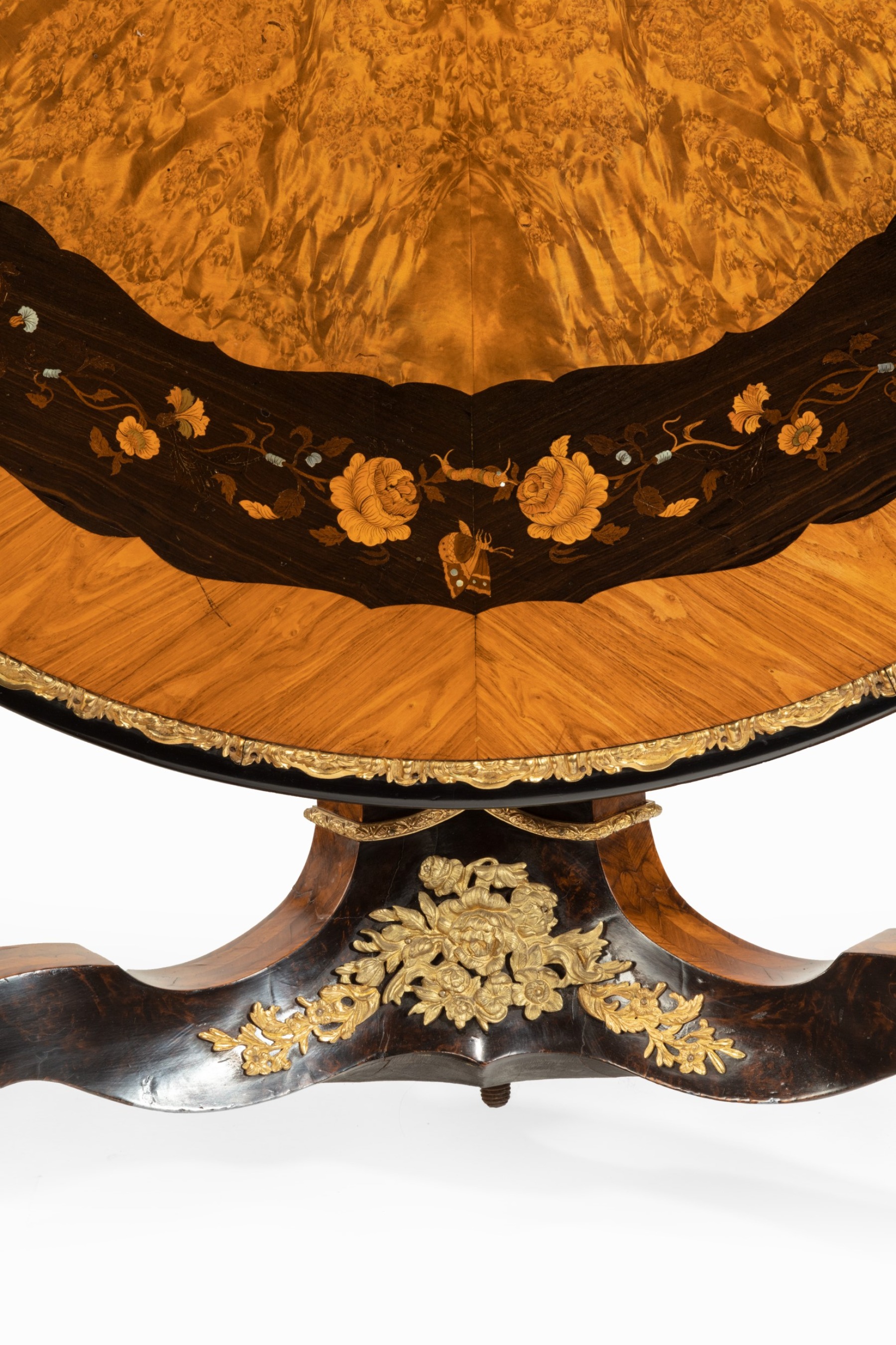 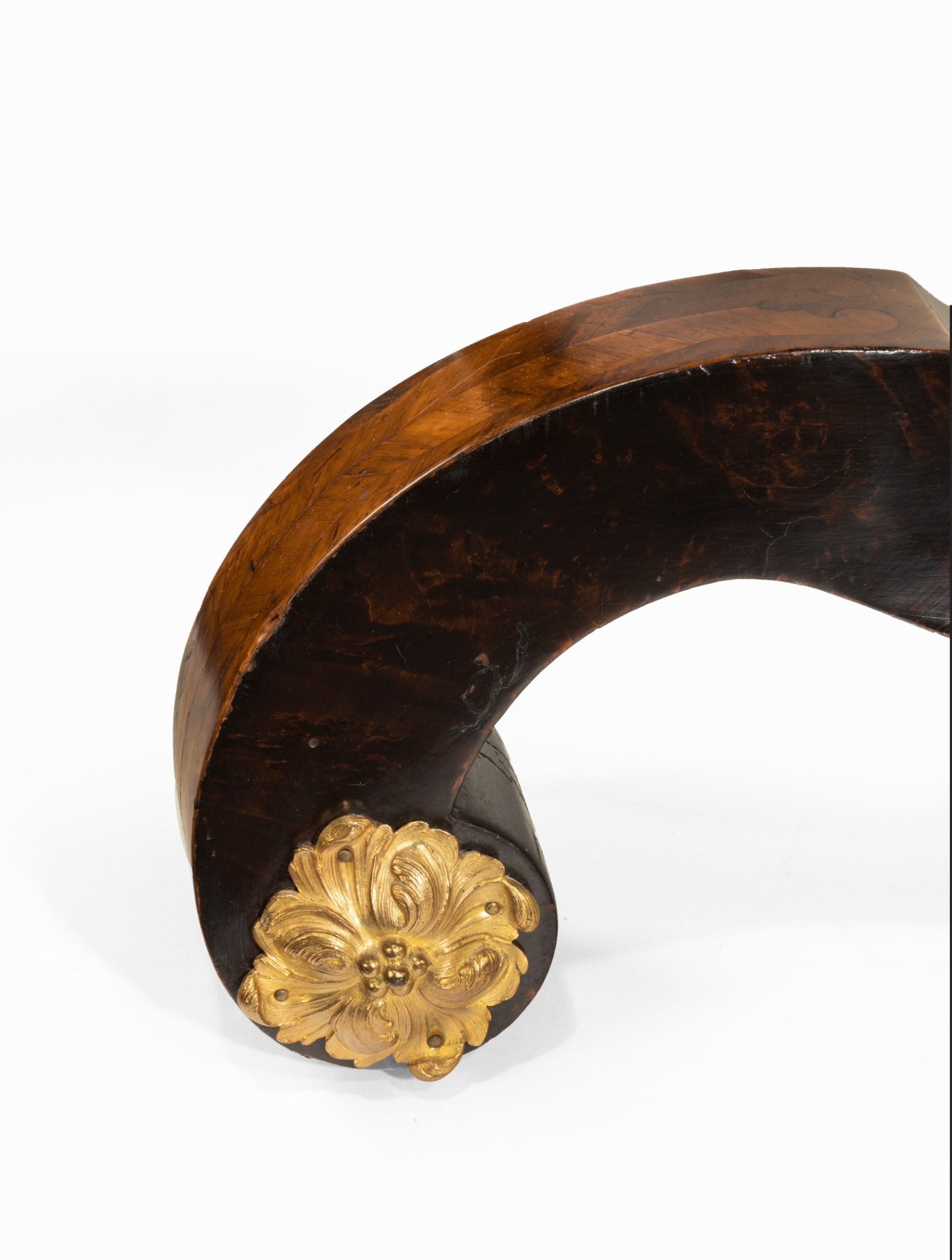 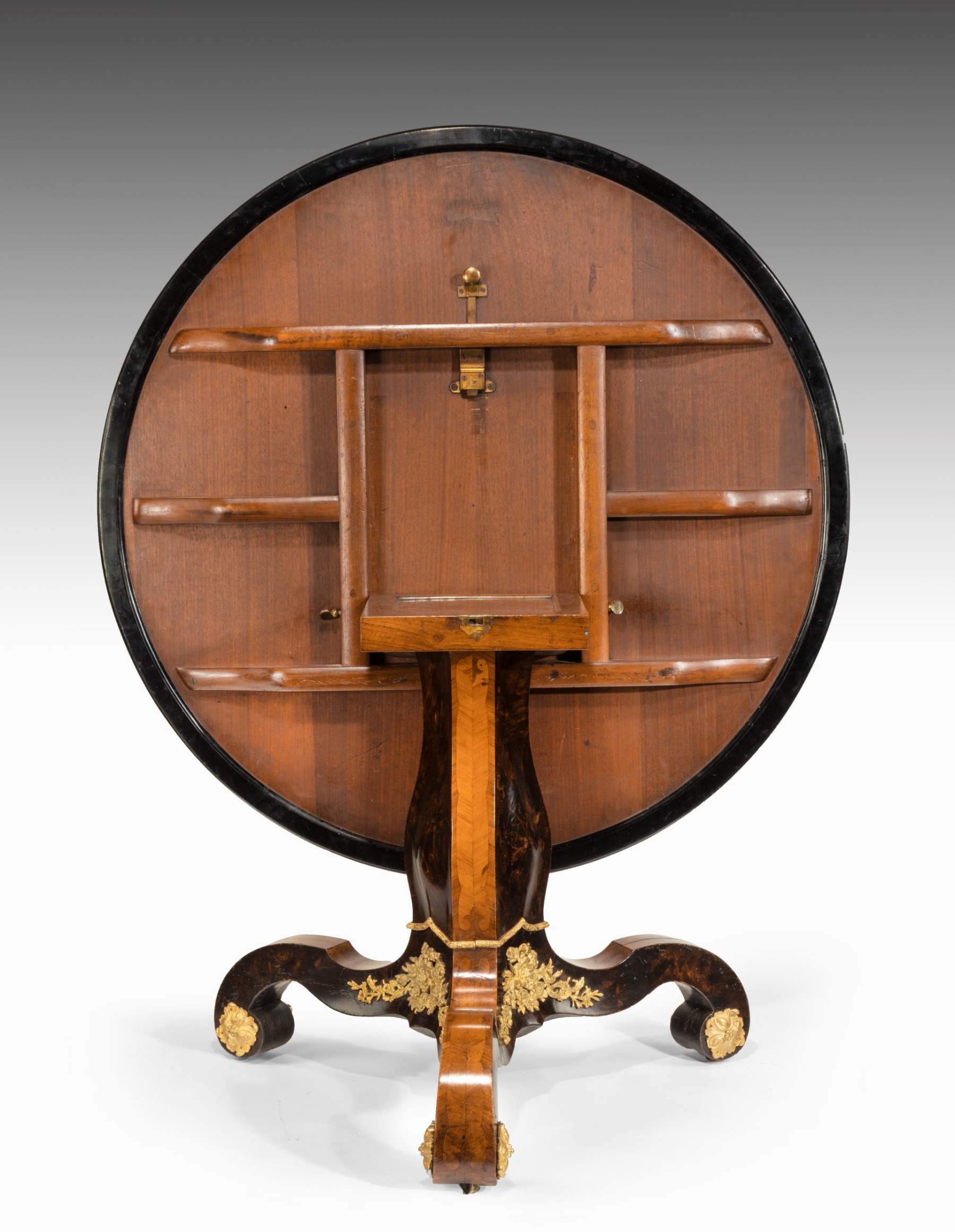 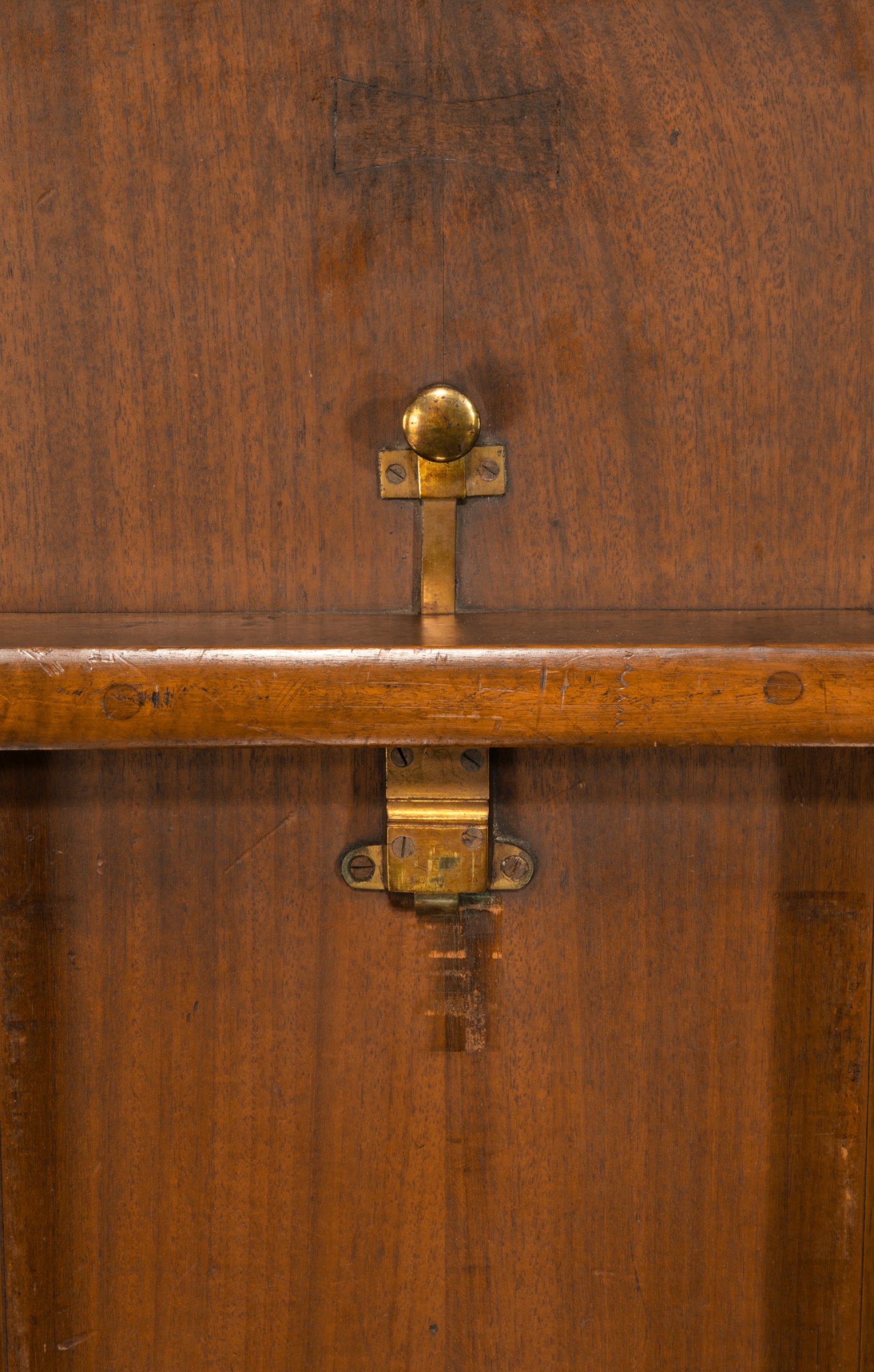 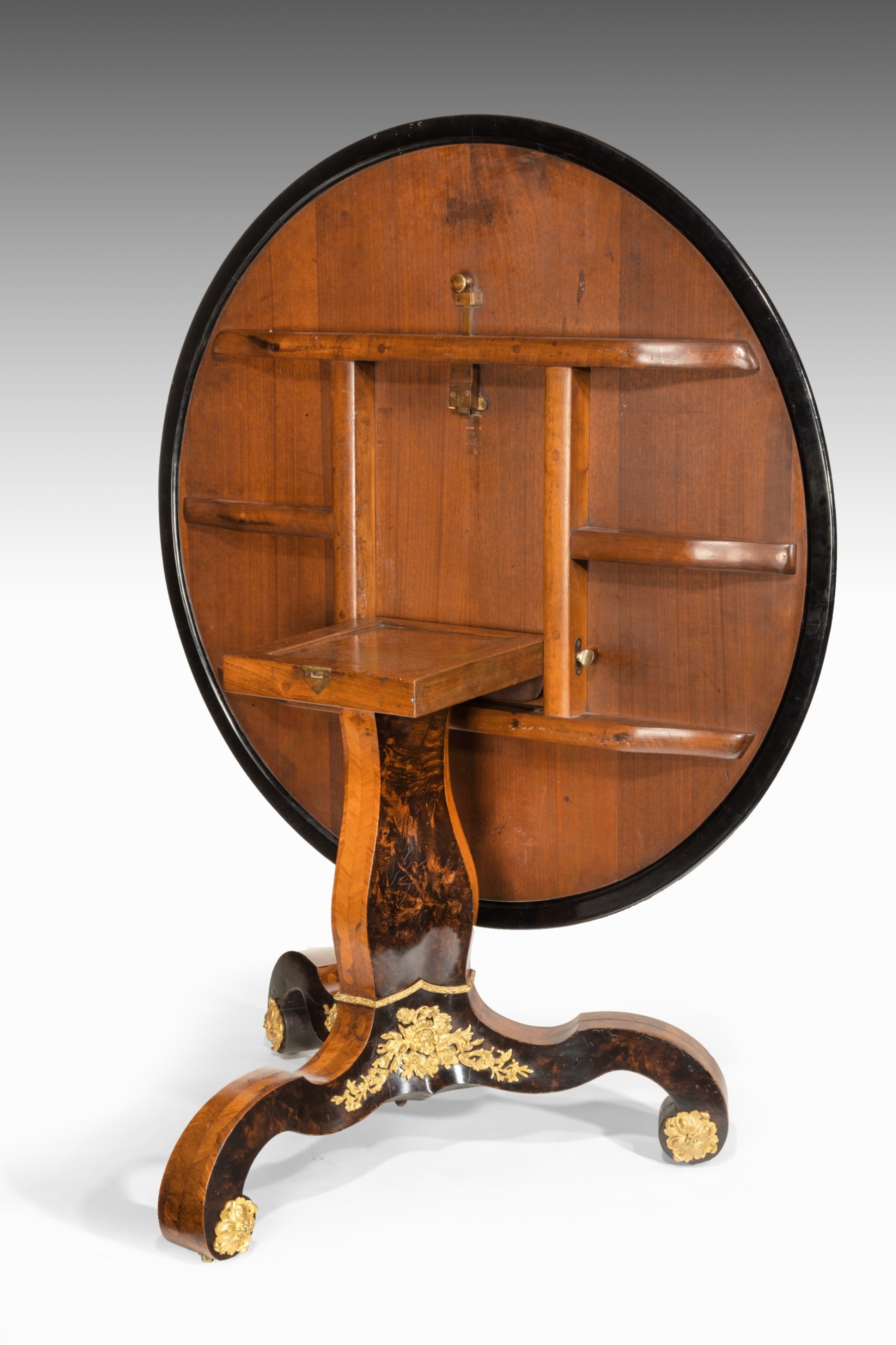 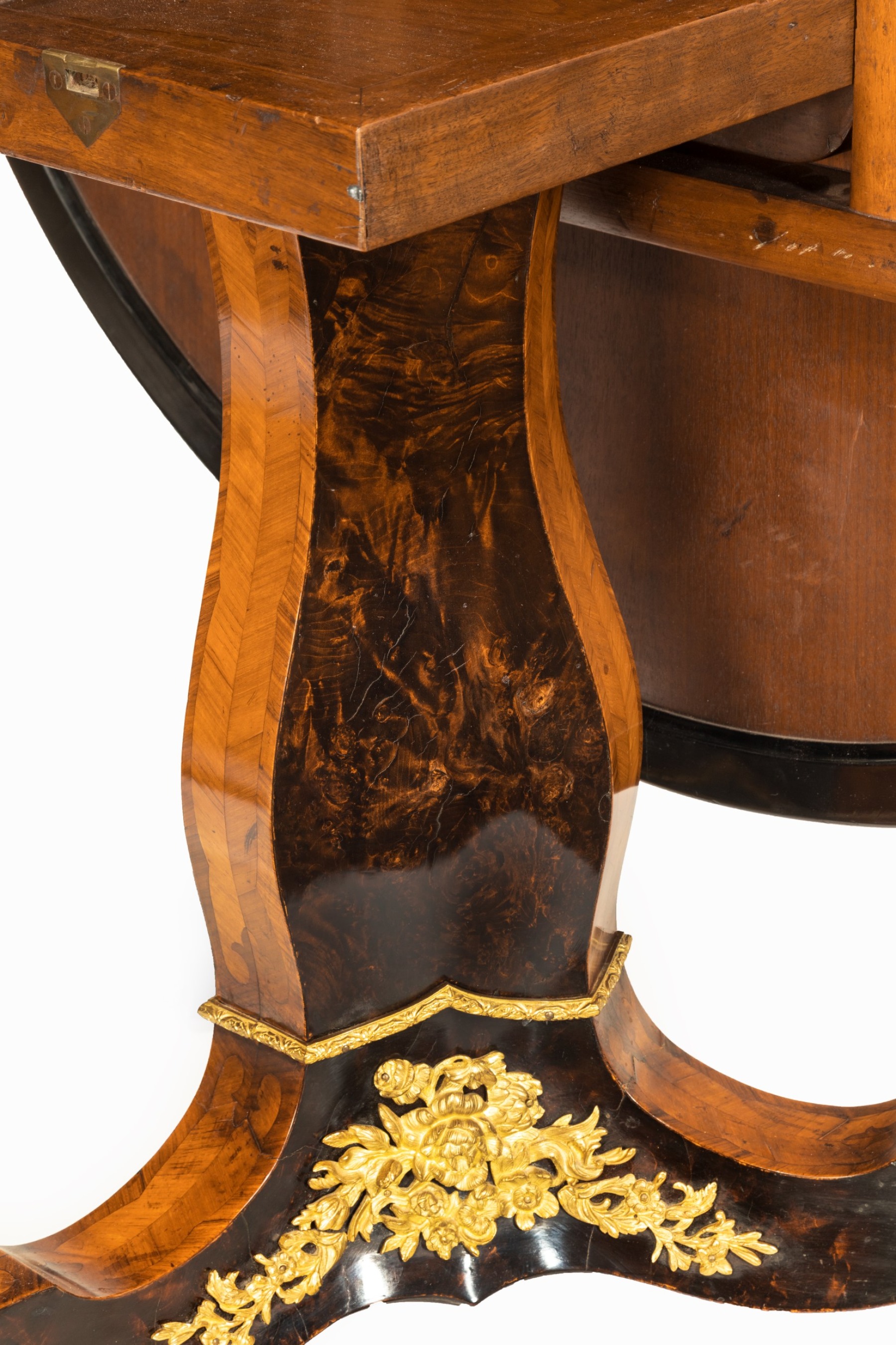 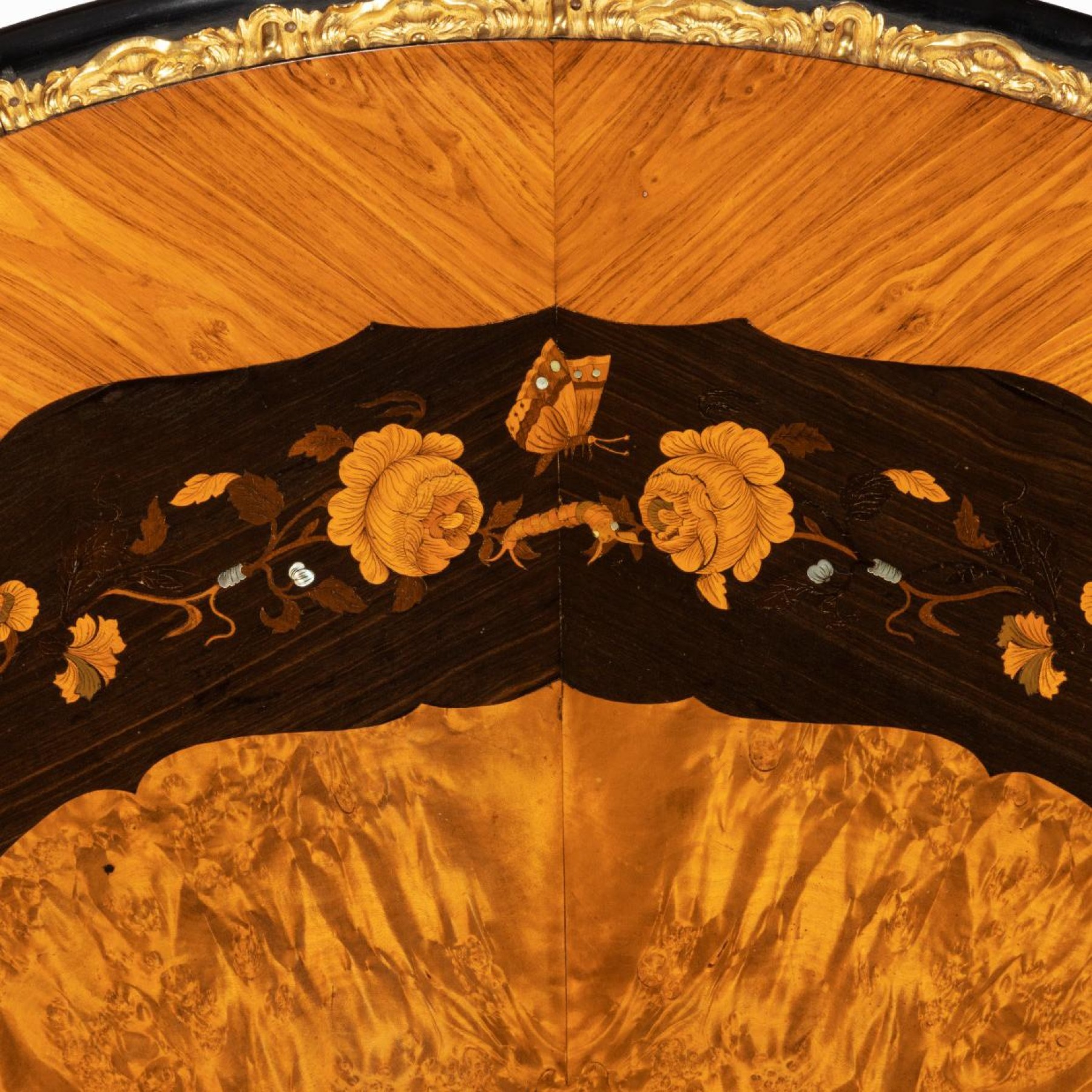 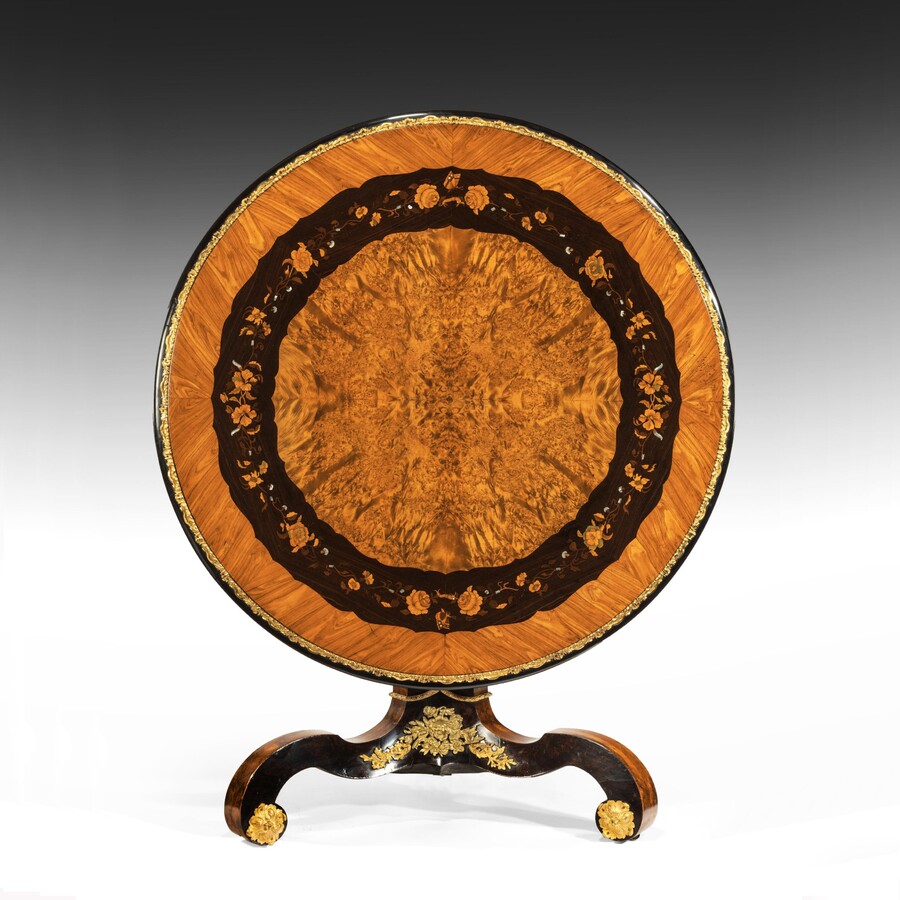 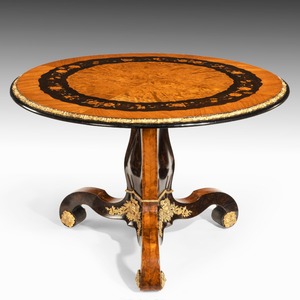 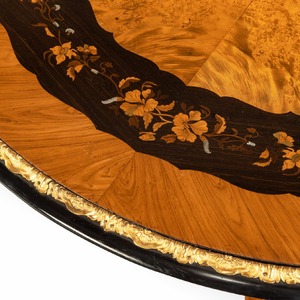 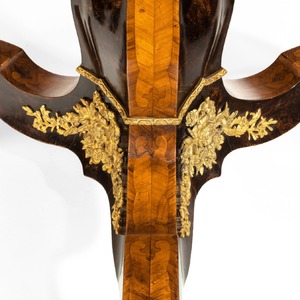 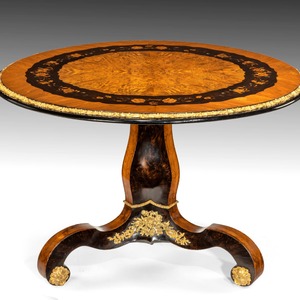 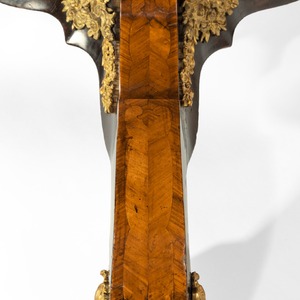 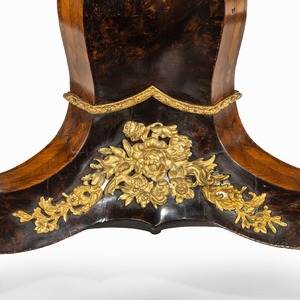 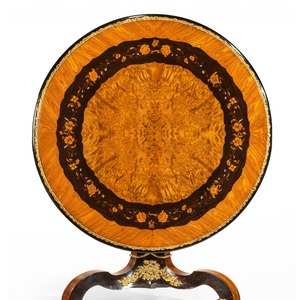 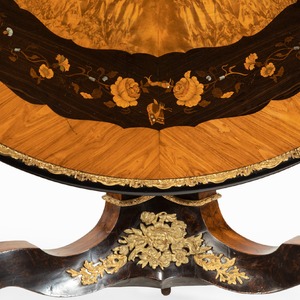 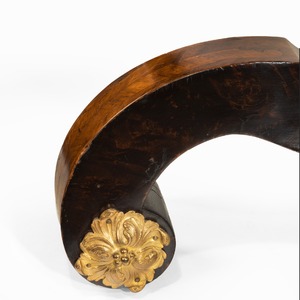 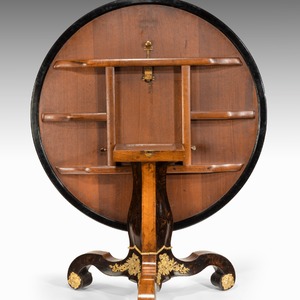 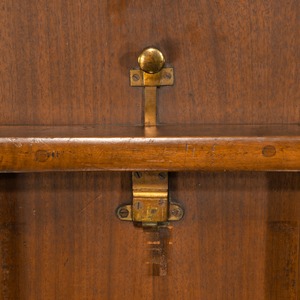 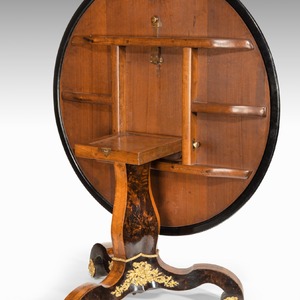 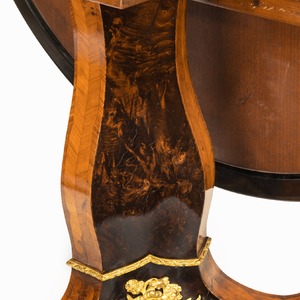 Finely constructed, the burr maple circular hinged top with an ebony band enclosing a marquetry chain of flowers inlaid in specimen stained woods and mother of pearl with butterflies and caterpillars, set within a tulipwood boarder and foliate cast ormulo edge.

Offered in excellent condition this table is an extremely rare design first inspired by Richard Bridgens as published in his 1838 book 'Furniture with Candelabra' plate 16 of a 'Marquetrie Centre Table’ with pedestal base and scrolled feet. This type of table is also associated to Edward Holmes Baldock (whom we have attributed this table to) who was a fashionable London art dealer, furniture maker and restorer of Hanway Street and probably the most distinguished dealer of his day.

Born on the 14th May 1777 he established his business in 1805 in Hanway Street which over the years he expanded at this location. He soon was a prominent London furniture dealer to several members of the Royal Family and is responsible for supplying French-fashioned furniture to the 5th Duke of Buccleuch.

Edwards Holmes Baldock’s pieces have become a prized possession amongst collectors, museums (V&A included) and dealers alike. The use of a variety of specimen woods to form the butteries and caterpillars can often been seen on attributed and signed tables of Edward Holmes Baldock reminiscent to those on the present table. Baldock was thought to have worked very closely to with the master of marquetry and inlay of the 19th Century Robert Blake whom had workshops adjacent to Baldock’s retail premises.

Pieces in public collections of the Blake Family include a piano in the Metropolitan Museum of Art, a writing desk in Goodwood House, a centre table in Syon House, a circular table in Alnwick Castle, an octagonal table in the Leeds City Art Gallery at Temple Newsam House and also signed works in the Victoria and Albert Museum.

The inlay and marquetry on this table is most likely to have been undertaken by The Blake Family upon instructions from Baldock.