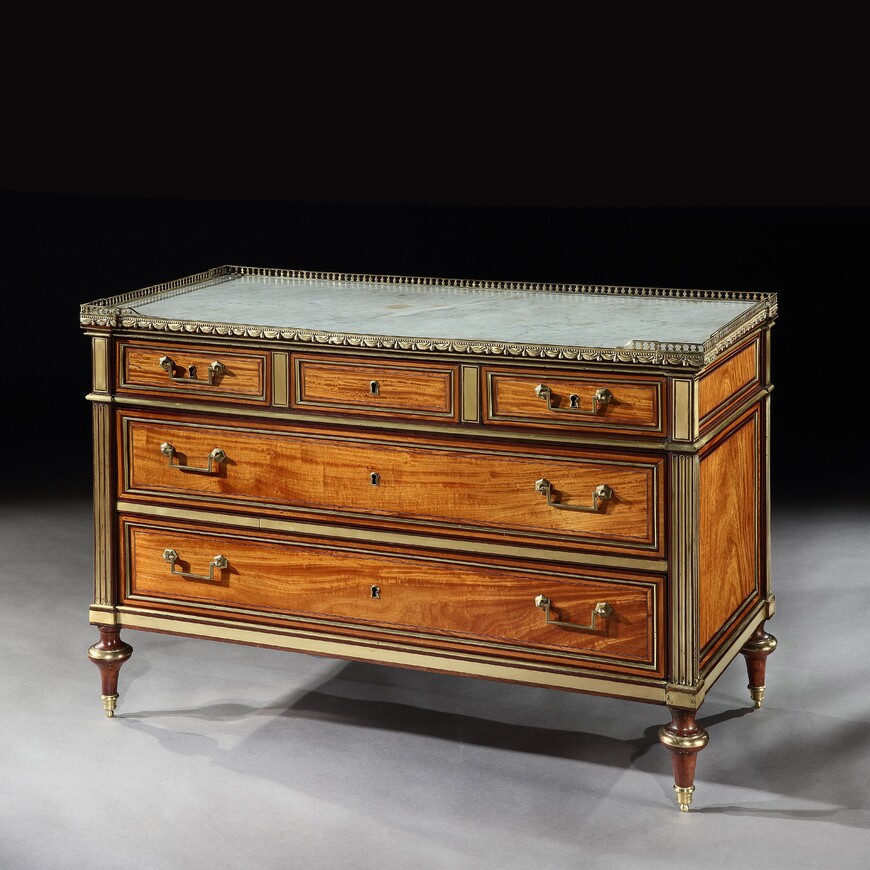 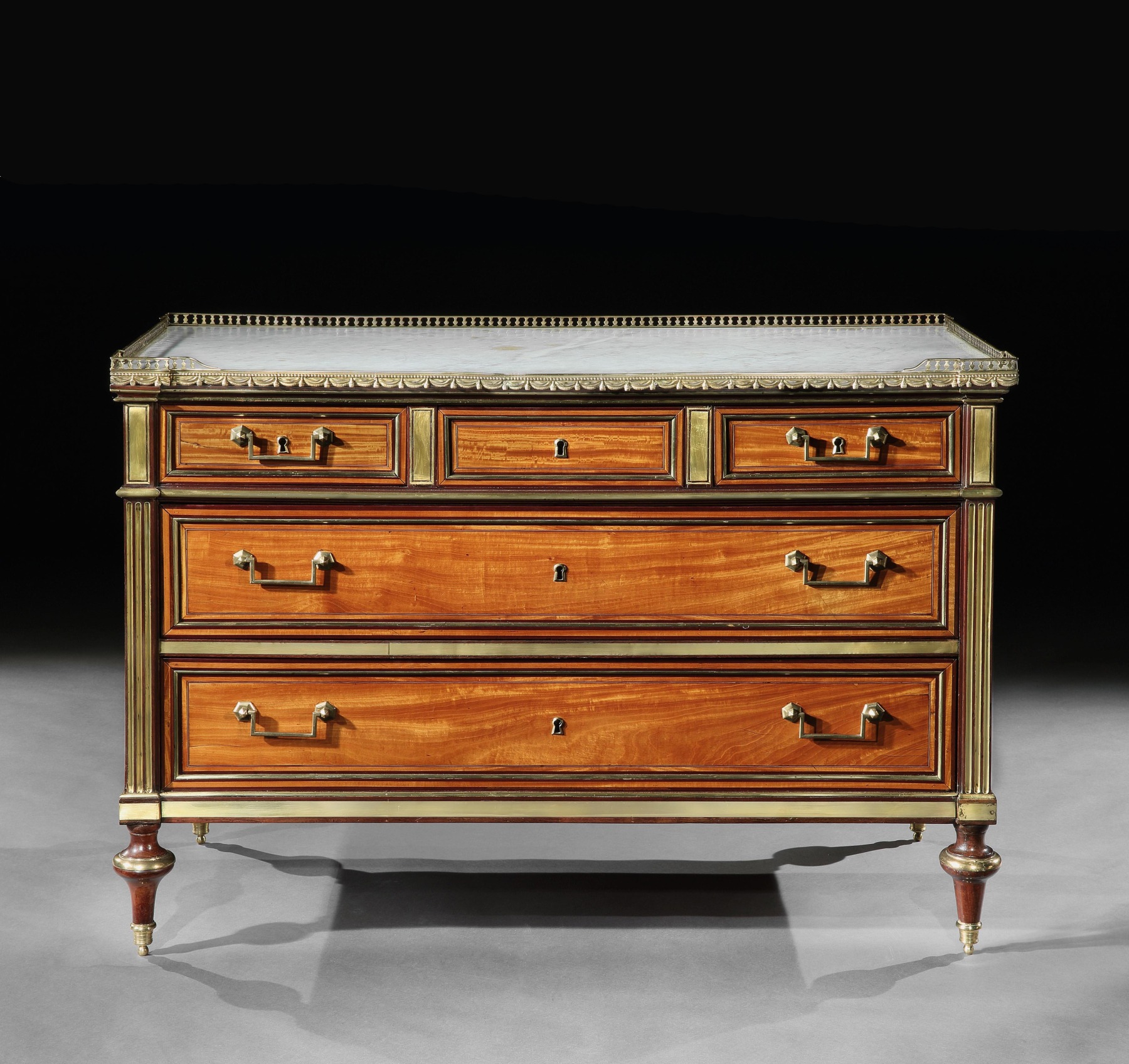 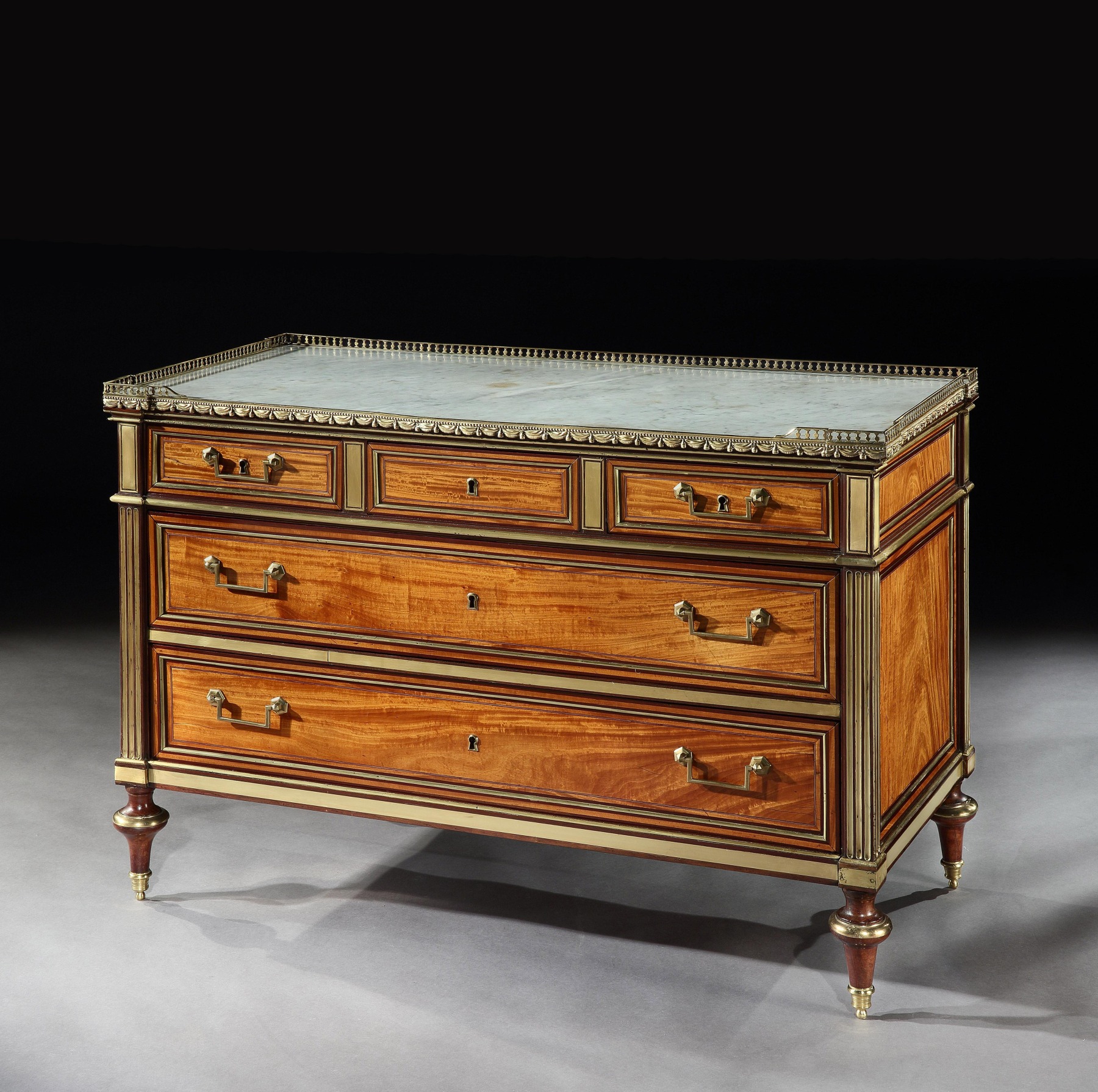 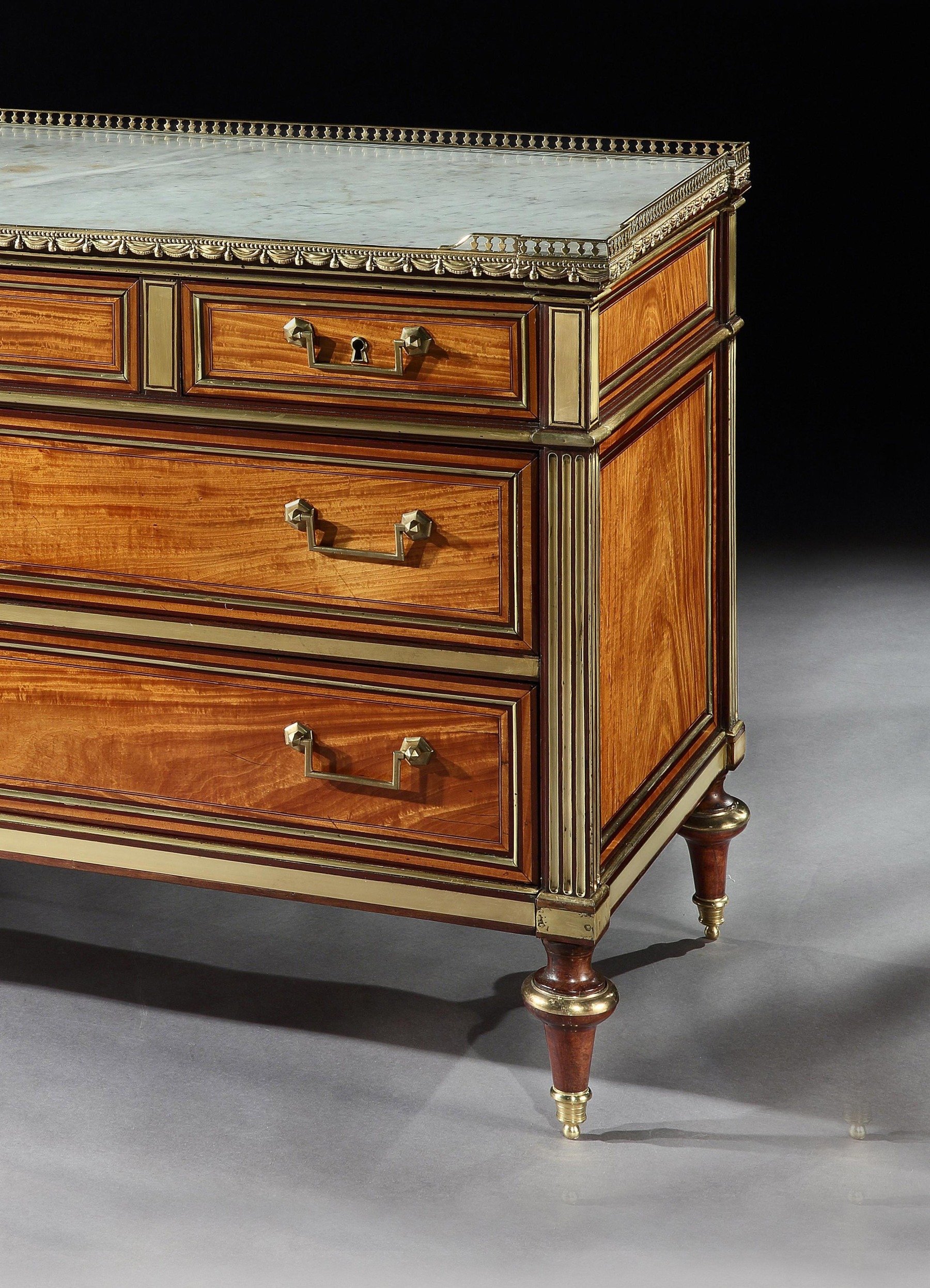 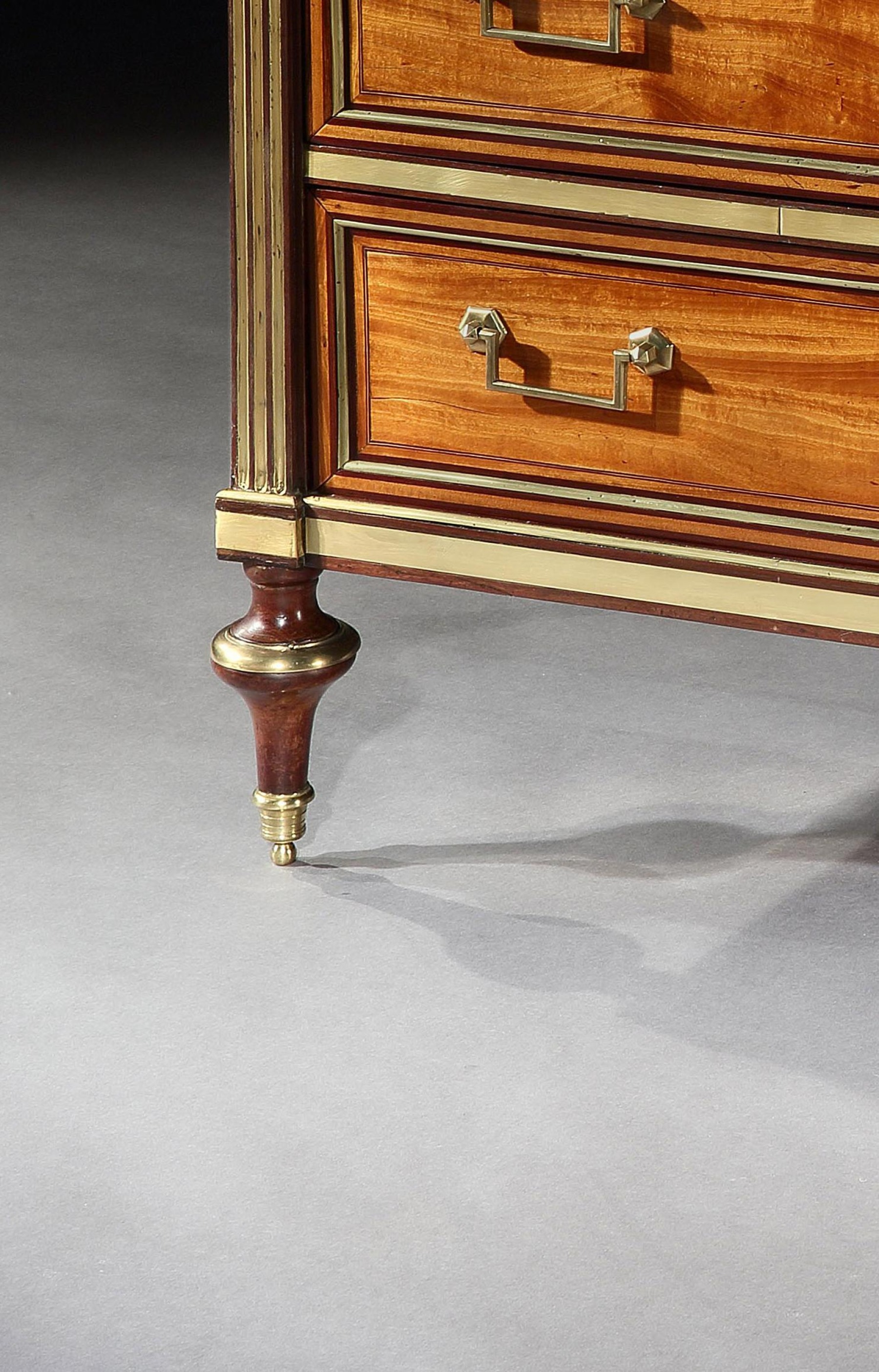 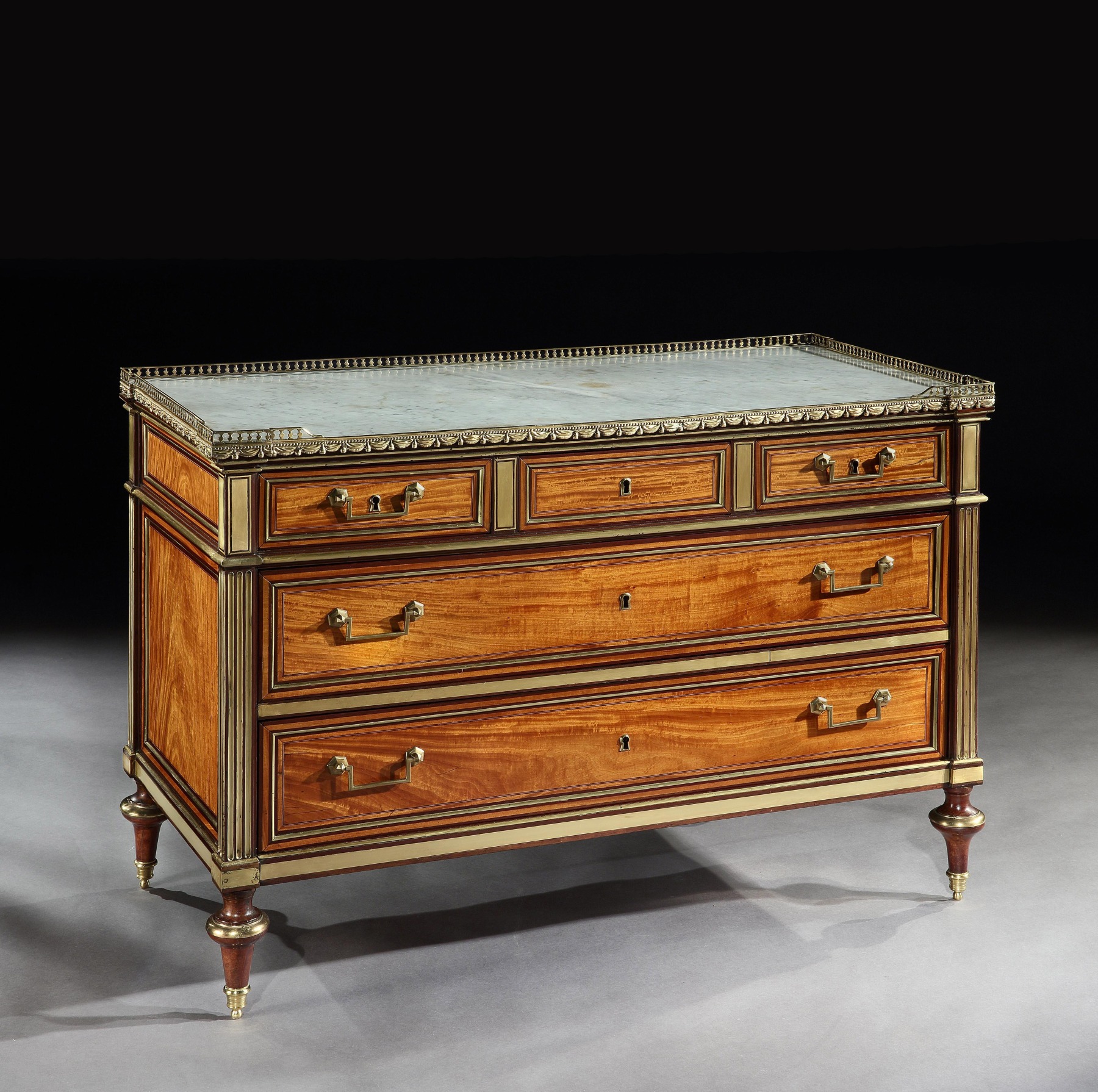 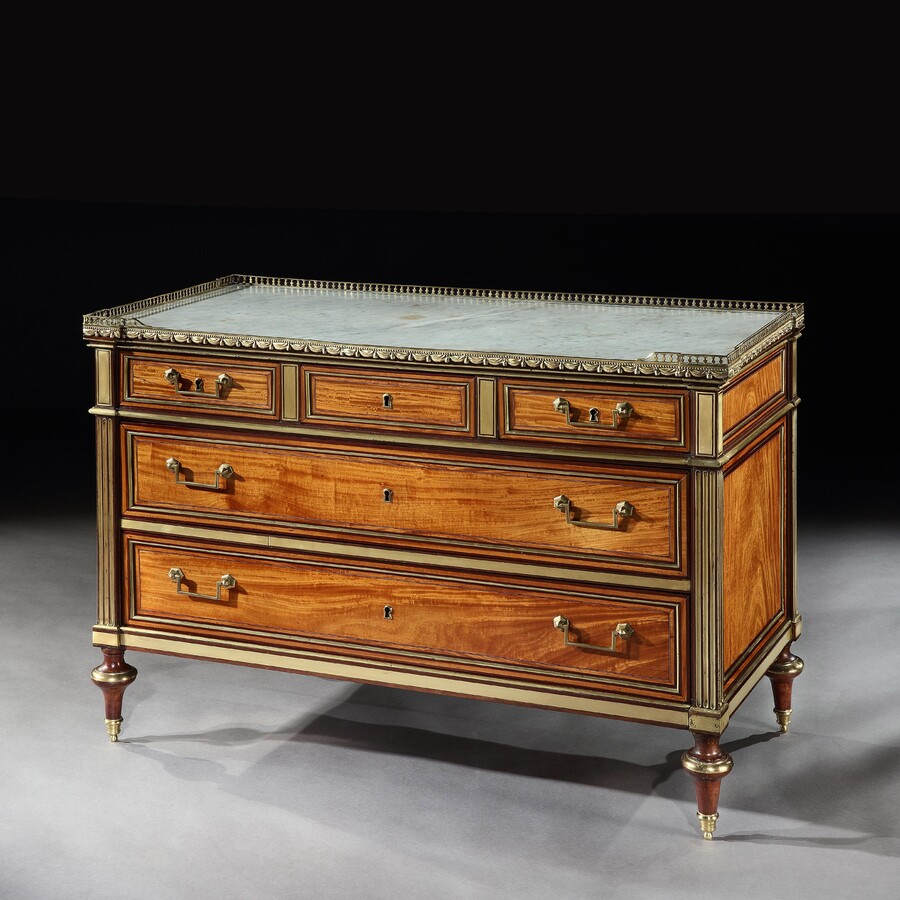 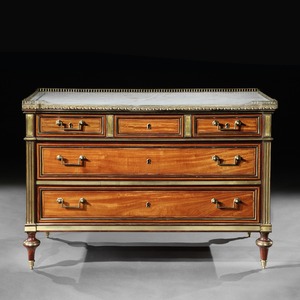 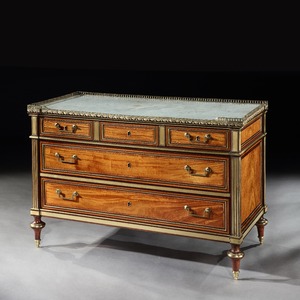 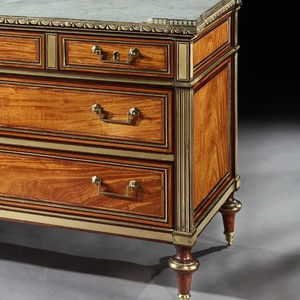 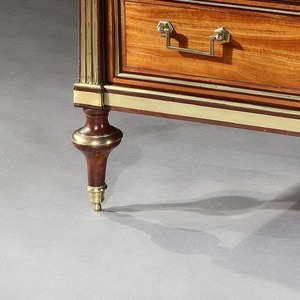 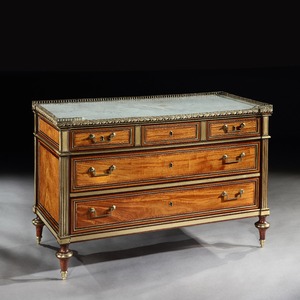 Having retained a wonderful faded satinwood colour this exception Louis XVI Parisian commode is offered in excellent condition, the locks are later 19th century locks and softs spots on the original marble as to be expected.

Very rare to the market this elegant piece exemplifies all the hallmarks of the extremely well known maker Claude-Charles Saunier, who became renowned for his impeccably executed furniture of elegant form with sober neoclassical lines, whilst being made from the finest timber of contrasting woods.The characteristics of his veneered pieces were `sobriety of their line and the beauty of their wood’.

The use of lemon trees became fashionable at the end of the 1780s and Saunier used fashionable woods in an interesting, way often making good use of their contrasting colours such as lemon and amaranth. Various pieces in citronnier were supplied by Daguerre in 1786-87 to the Garde-Meuble Royal which would appear to be identifiable as works by Saunier, such as two bonheurs-du jour in `bois jaune' also known as `noyer de Guadeloupe'.

There is a secrétaire à abattant in bois jaune from this group which would appear to be the one delivered by Daguerre on 10th March 1787, for the Duke of Harcourt, indistinctly signed although the initials C.C. are clear for C.C. Saunier and with the Versailles Château mark.

A flap secretary, also attributed to Saunier and entirely made of amaranth and lemon, was part of the collections of Prince and Princess Henry of the Tour d'Auvergne Lauraguais.

Saunier came from a family of furniture makers and shared the Faubourg Saint-Antoine based workshop with his father Jean-Charles but moved twice and finally settled in the rue Saint-Claude. Saunier started his production with Louis XV furniture but soon changed his taste in favour of the pure Louis XVI style. His pieces can be seen in various museums around the world.